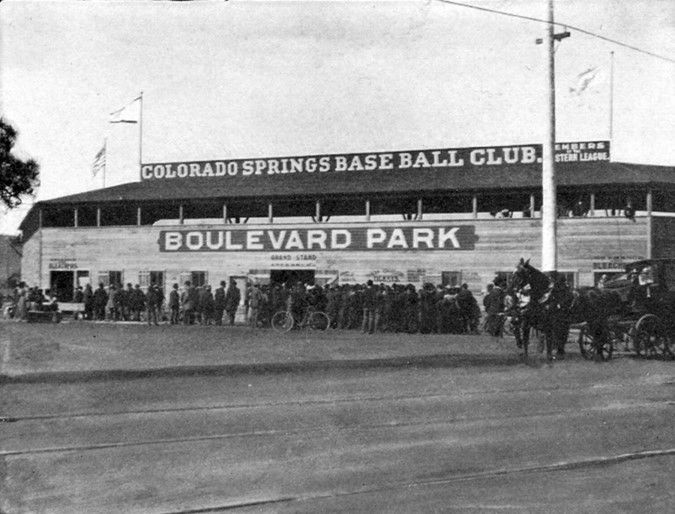 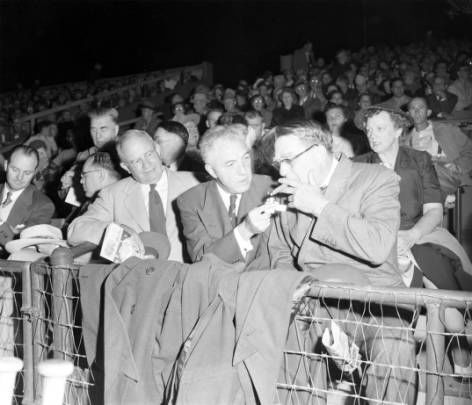 Those two words still mean a lot to many of us who cherish the grand old game. The summer game. The game on the diamond. The field of dreams.

Baseball is still a game where a huge segment of the population pauses to take notice when teams first take to the field in early spring.

For those of us who played — or in my case — still play the game of our youth, there’s just something about opening day and the months that follow that take us back 10, 30, 50, 70 years. Or more.

There are many great lines from many great baseball writers and epic baseball movies, but the one that still gives me chills was said by James Earl Jones, aka Terrence Mann, in the 1989 film “Field of Dreams.” He so eloquently stated: “They’ll watch the game, and it will be as if they dipped themselves in magic waters. The memories will be so thick they’ll have to brush them away from their faces.”

Each of us have different memories of opening day. Perhaps your dad took you out of school and the two of you went to the ballpark to watch your favorite team. The colors of the stadium and the smell of the freshly cut grass still remain lodged in your mind to this day.

If you couldn’t get to the game in person, you might have smuggled your small transistor radio to school with you in your lunchbox or knapsack and tuned into the game between classes or at recess. Your friends, no doubt, gathered around that radio to listen to the action.

If your team didn’t play until after school was out, you rushed home and watched it in the living room on the family’s color television, or some small black and white set in the den or your room.

Regardless of how you took in all the action, the next morning you raced outside to pick up the newspaper in the driveway and you quickly opened it to the sports page to read the game story and study the box score.

Colorado Springs-area professional teams have been celebrating opening day since 1889 when the Millionaires began play in the loosely run Colorado State League. By 1901, the Millionaires were on more stable ground and played in the Class-A Western League.

The 1901 club played its home games at Colorado College’s Washburn Field. But prior to the 1902 season, club owner William “Billy” Hulen sold the team to the Burns brothers. They asked Winfield Scott Stratton, one of Colorado Springs’ early pioneers who made a fortune in the Cripple Creek and Victor gold mines, to build them a new stadium. Stratton built Boulevard Park at the junction of south Tejon Street and Cheyenne Boulevard in Ivywild. It would be the home of the Millionaires from 1902-05.

According to local newspaper reports, the structure was built in about two weeks. It was constructed against the streetcar line, which allowed fans quick service to the park. The majority of fans went to the games on the Trolley car system.

Opening Day at Boulevard Park was April 23, 1902. Hosting the Kansas City Blue Stockings, the Millionaires won 5-2 in front of an appreciative crowd. Photographs show an overflow bleacher crowd. It was reported that more than 3,000 people came to the park.

The 1950 original version of the Sky Sox also played in the Western League were a farm club of the Chicago White Sox. The 1950s Sky Sox played their home games at Memorial Park. The baseball stadium was later known as Spurgeon Field.

The Sky Sox left after the 1958 season, but a new version of the team was resurrected in 1988 and played in the Triple-A Pacific Coast League. Dave Elmore moved his Hawaii Islanders team here with the help of general manager Fred Whitacre.

That 1988 season saw the Sky Sox host three different “home” openers. The first one was in Yuma, Ariz., the second at Spurgeon Field and the third was in June at Sky Sox Stadium, known today as UCHealth Park.

When Elmore moved the franchise from Hawaii to Colorado it was agreed he would be responsible for building a new ballpark. He worked out a deal with the City of Colorado Springs and got a 90-acre parcel of land off Powers Boulevard.

The city agreed to compensate Elmore $500,000 in return for him agreeing to a joint-use agreement that allowed the city to use the stadium for 180 days per year through 2002. Construction on the new stadium was supposed to begin on Jan. 4, 1988, and was set to be completed on April 21. But it wasn't until March 15 that a local resident named Gary Loo agreed to finance the stadium in return for a 20% equity stake in the stadium corporation.

Since the stadium was two months behind schedule, the PCL scheduled the Sky Sox to play their first eight home games 1,100 miles away from Colorado Springs in Yuma’s Desert Sun Stadium, the then spring training home of the San Diego Padres. Whitacre was a front office executive for the Padres when the club went to its first World Series in 1984.

Home ballpark No. 2 for the Sky Sox was Spurgeon Field. Beer sales were not allowed at the ballpark, and the lighting at the 5,000-seat stadium was so outdated that all games had to be played during the afternoon.

Sky Sox Stadium opened on June 18 at a cost of $3.4 million to much fanfare and pageantry. An overflow crowd of 8,763 showed up on its opening night. The Sky Sox lost to the Tucson Toros, 14-6.