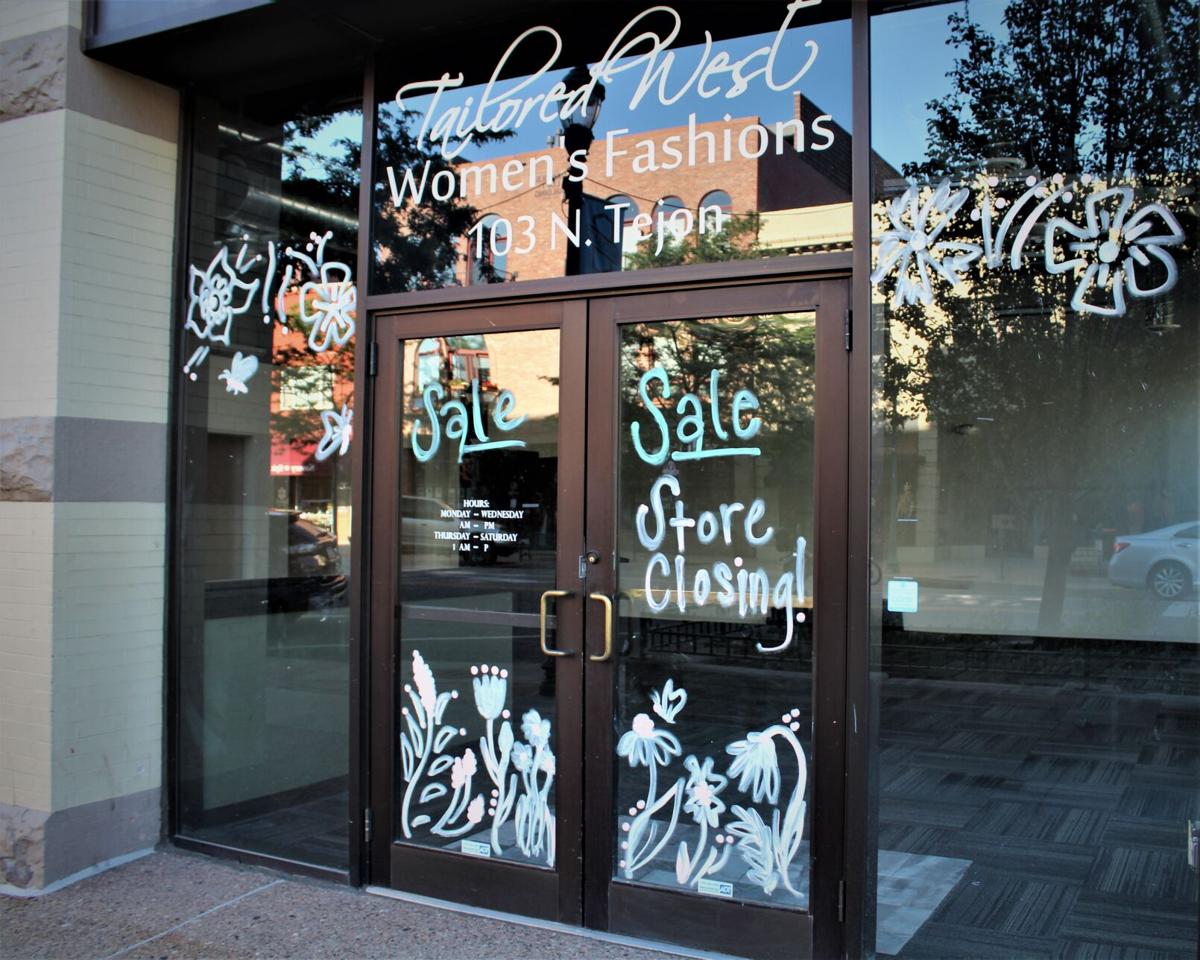 The Bonny & Read seafood and steak restaurant, at 101 N. Tejon St., sits next to the space vacated by the Tailored West women's clothing store. Bonny & Read's owner plans to take over the Tailored West space and create a sushi eatery, likely to be called B & R Sushi. BILL RADFORD, THE GAZETTE

The Bonny & Read seafood and steak restaurant, at 101 N. Tejon St., sits next to the space vacated by the Tailored West women's clothing store. Bonny & Read's owner plans to take over the Tailored West space and create a sushi eatery, likely to be called B & R Sushi. BILL RADFORD, THE GAZETTE

A prime corner in downtown Colorado Springs has lost a specialty retailer, but will gain a new restaurant.

Women's boutique clothier Tailored West closed its doors this month at 103 N. Tejon St., northeast of Tejon and Kiowa Street, a possible victim of fallout from the COVID-19 pandemic. But the owner of Bonny & Read, the next-door seafood and steak restaurant, plans to take over the vacant space and create a sushi eatery, likely to be called B & R Sushi.

Tailored West opened in 2015 and specialized in tops, pants, dresses, skirts, accessories and other items for women. It was launched by founder Nanci Kezar, who designed clothing for many years before opening a bricks-and-mortar store in Cañon City in 2013.

Kezar opened the downtown Colorado Springs location two years later and sold it in 2017 to Elma Perez-Gonzales, who maintained the Tailored West brand. Perez-Gonzales couldn't be reached for comment.

Kezar said she was told by Perez-Gonzales about the store's closing. Though she doesn't know for sure why it closed, the pandemic certainly might have played a role, Kezar said.

Tailored West customers enjoy buying stylish clothes for special events, as well as for travel, Kezar said. But the pandemic has forced the cancellation of many such events, while travel nationwide has been greatly scaled back.

"So it's no small wonder that with the situation that our nation is faced with right now, the type of product that Tailored West offers is not in the highest demand," she said.

Nevertheless, she said business is still doing well at her Tailored West store in Cañon City, where she sells clothing from American designers and manufacturers while also designing and creating her own items.

Of course, opening a restaurant during the pandemic could be financially risky, said Campana. He has more than 30 years of restaurant experience and owns The Rabbit Hole, SuperNova, STIR Coffee & Cocktails, Cork & Cask and Shame & Regret in Colorado Springs.

Restaurants in Colorado currently must limit their indoor dining room seating to 50% of capacity or 50 people under a state order intended to halt the spread of the coronavirus. But sushi also is proving to be popular as a takeout food for restaurants, and his sushi will be among the freshest in the city, Campana said.

He plans to extend Bonny & Read's patio around the corner in front of his sushi restaurant and add a new awning, allowing him to increase the number of outdoor diners.

"A lot of people now want to sit outside," Campana said. "They're afraid to sit inside. So me expanding that patio is going to be great."

The Tailored West space is owned by downtown loft developer Dan Robertson, who also owns the Bonny & Read property. Campana said he's had first rights with Robertson to lease the Tailored West property should it become vacant, and he's been waiting for four years for the retailer to close up shop.

His sushi restaurant will share its liquor license, kitchen and washrooms with Bonny & Read, Campana said.

"I guess when I think about it, it's really stupid for me to open up another restaurant, with what is going on in the world right now," Campana said. "But for me this was kind of an inexpensive thing."

The third time wasn’t the charm for a grocery store at a northeast Colorado Springs shopping center.