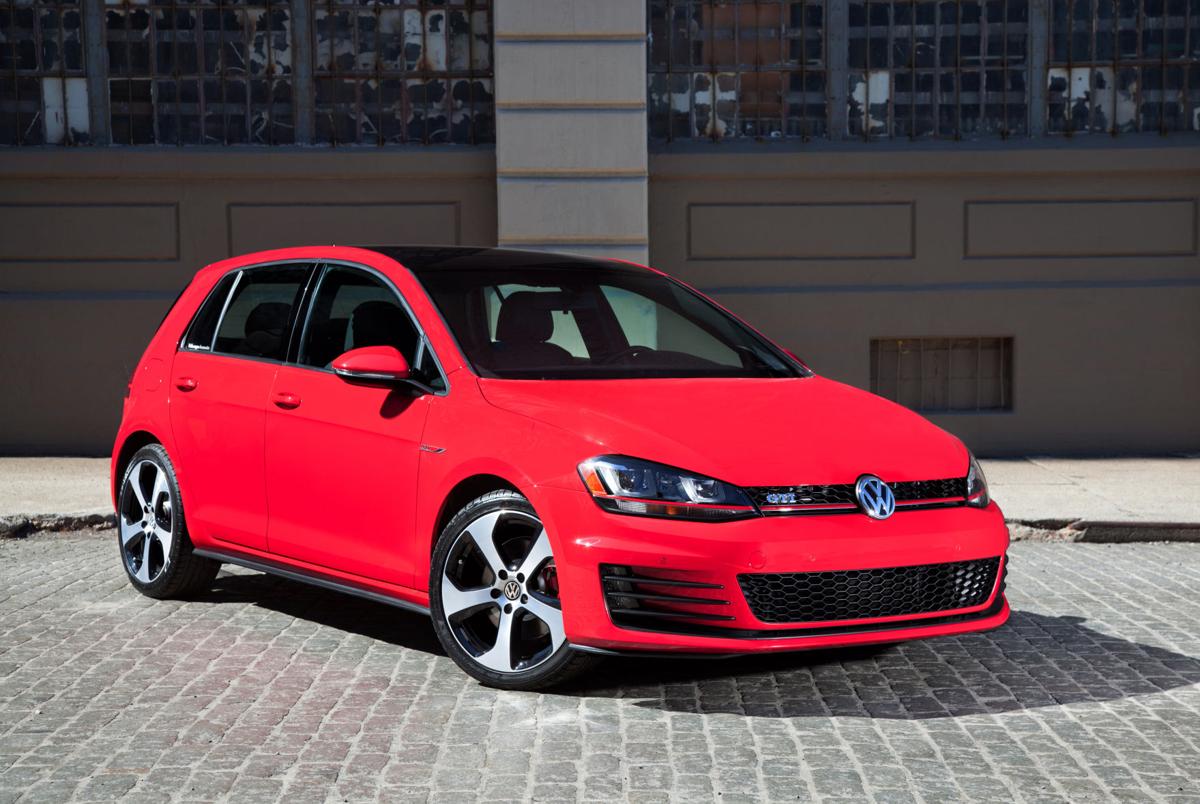 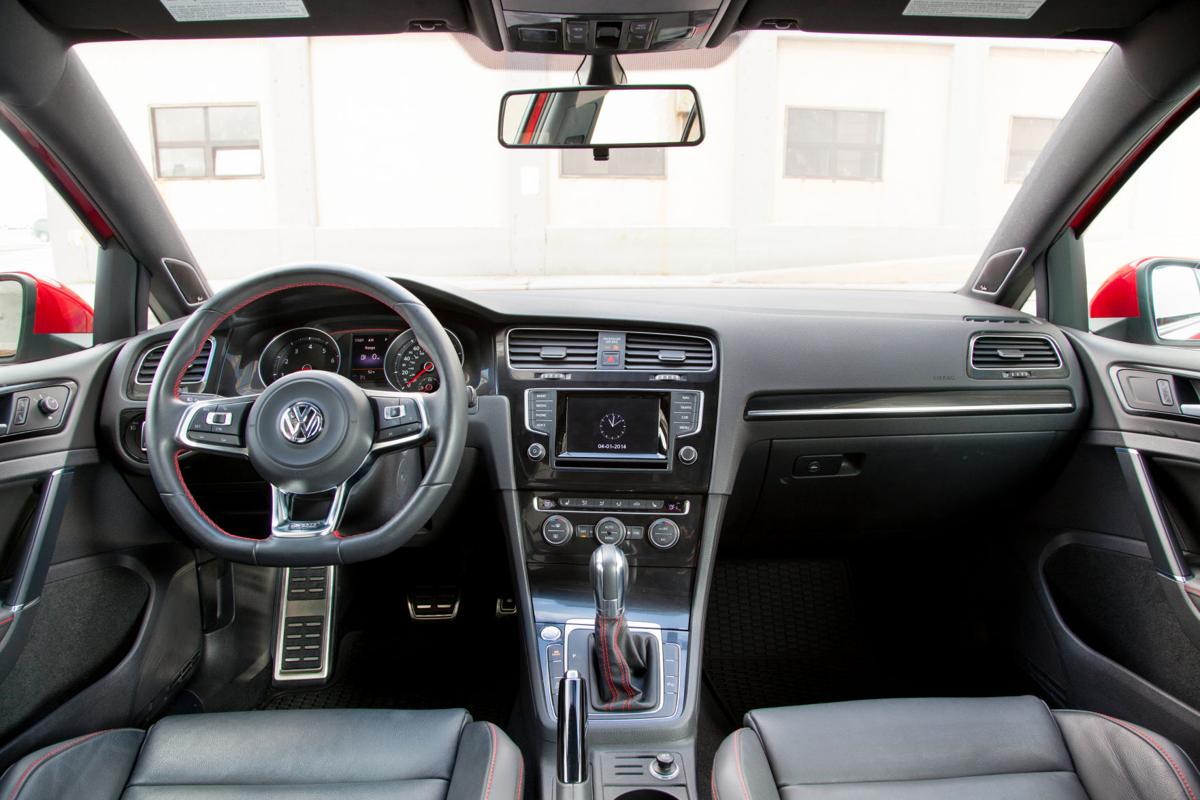 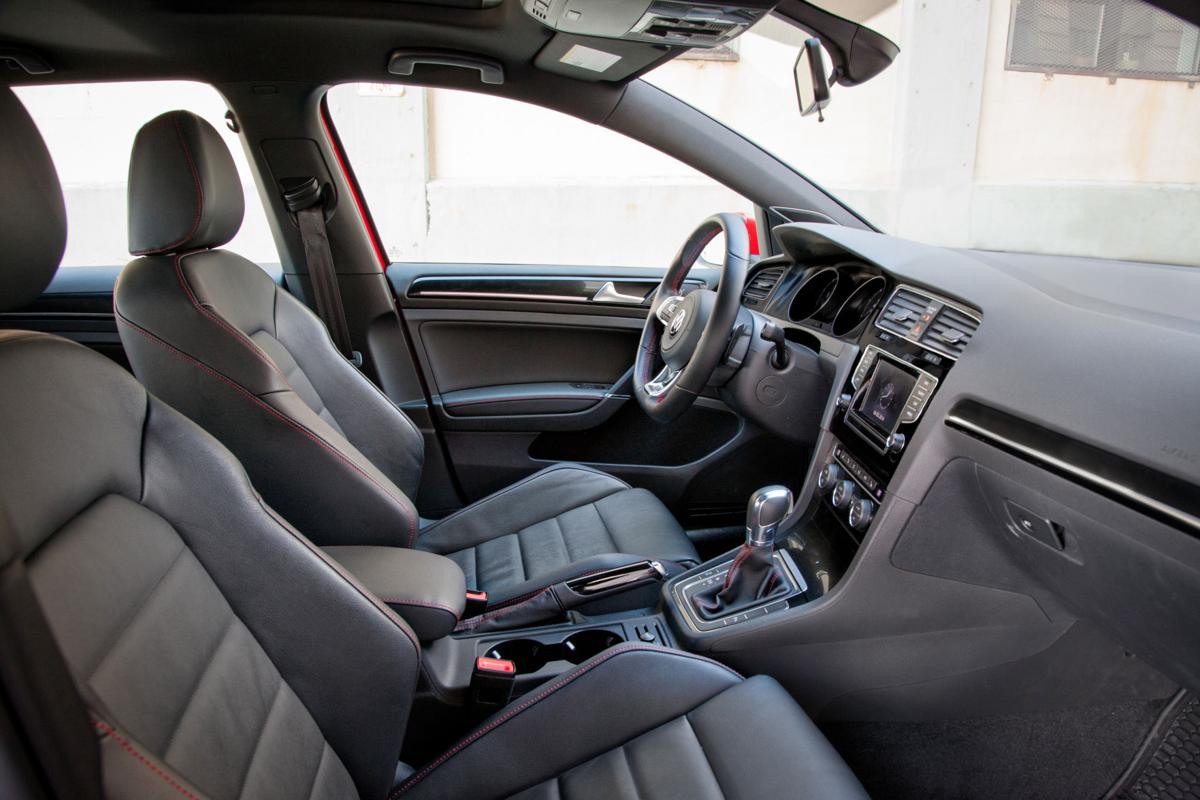 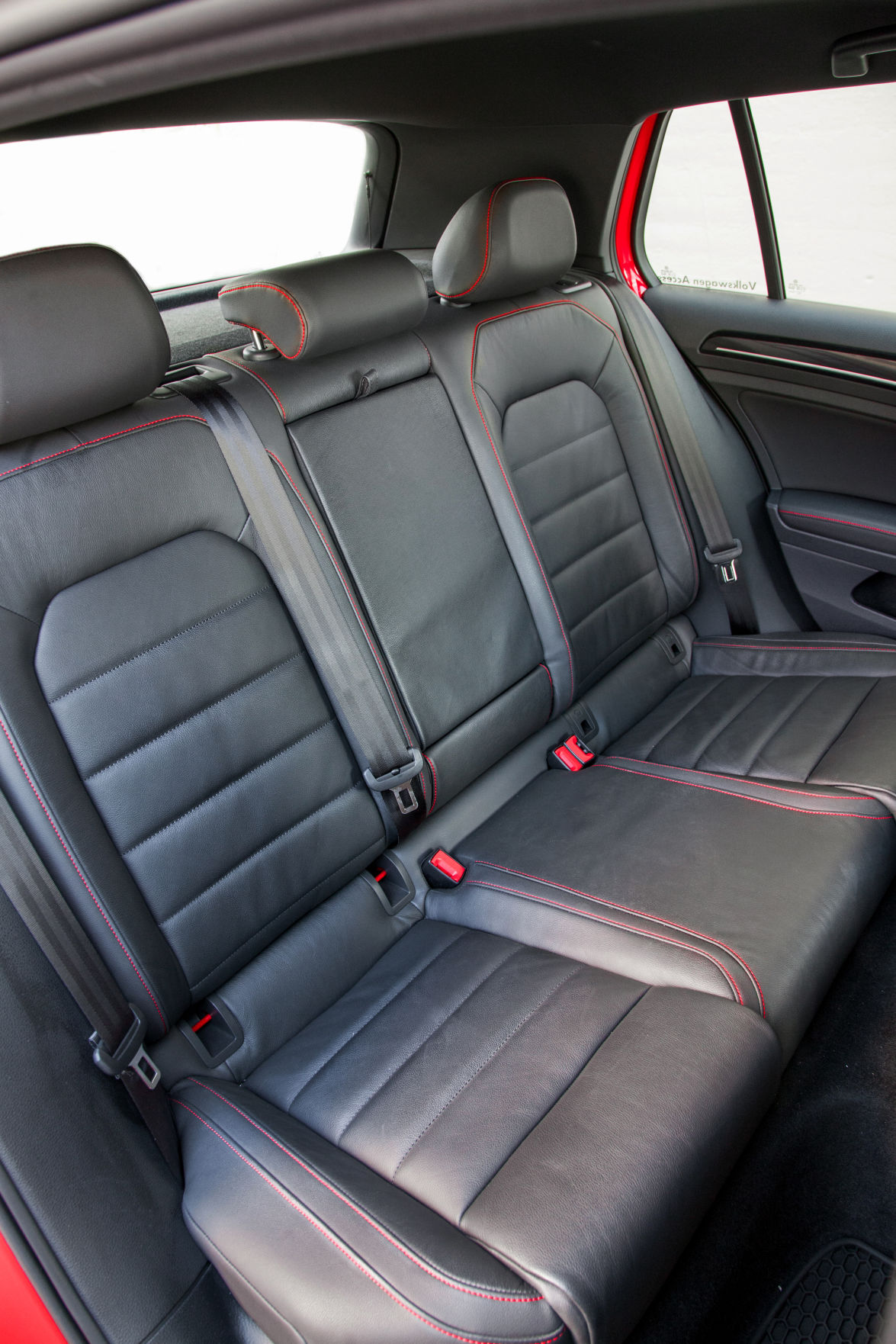 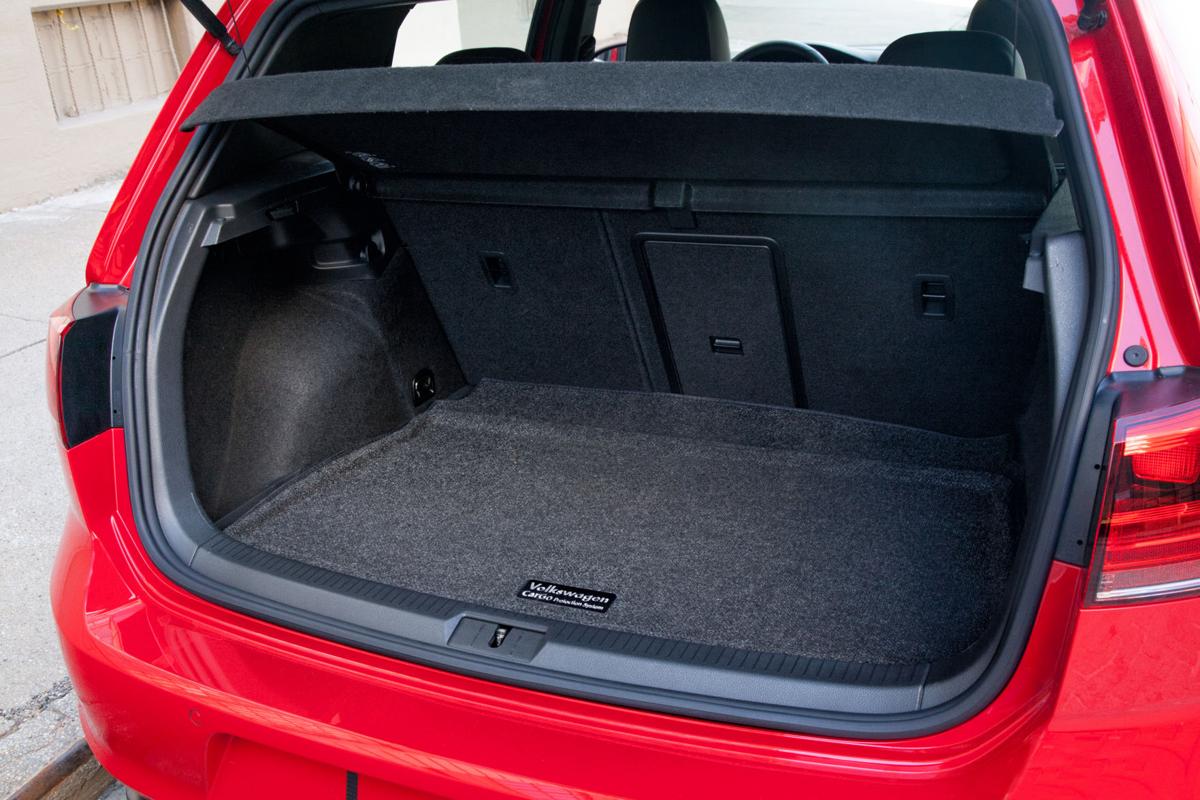 Improving on their timeless formula, Volkswagen’s new seventh-generation Golf GTI is bigger, lighter, faster, and more fuel efficient than ever.  Available in a two-door or four-door, there’s plenty of room for five travelers and greater cargo space than a mid-size sedan.

Named the 2015 North American Car of the Year, the Golf and Golf GTI were recognized for setting new benchmarks in their segments, including innovation, distinguished design, and available driver assistance features, as well as unmatched value.

The 2015 redesign of the Golf GTI seamlessly combines functionality with performance to produce a fun and practical hatchback. Reshaped headlights and taillights are accompanied by stronger creases down the side, and the new GTI is rather longer and wider than the former version.

Encased in sheet metal, a contemporary new body style preserves some of the design aspects that make it distinctly Volkswagen. The sloping front hood and sharp headlight assembly complement a narrow grille that collides with strong character lines trailing back to the taillights.

Unlike other Golf styles, the GTI’s lower front fascia integrates standard LED fog lights contained within horizontal stakes on each side of the grille. Red brake calipers can be seen behind the wheels, exhaust tips are placed on either side of the rear diffuser, and a roof spoiler all join forces to add more flair.

The turbocharged 2.0-liter four-cylinder engine generates 210 horsepower and 258 pound-feet of torque, generating improvements of 10 horsepower and 51 lb-ft torque when weighed against the departing GTI model. An optional package adds 10 more horsepower along with larger front and rear brakes, and an electronically controlled mechanical limited-slip front differential. An optional adaptive suspension is another new addition for the GTI.

EPA estimated fuel economy comes in at 25 miles-per-gallon city and 34 highway for the manual transmission, while the DSG automatic manages 25 mpg city and 33 highway.

In Insurance Institute for Highway Safety crash testing, the related 2015 VW Golf earned the highest score of "Good" in the moderate-overlap and small-overlap frontal-offset impact tests. It also earned a "Good" rating in the side-impact, roof-strength and seats/head restraints (whiplash protection) tests.

Al Serra Volkswagen can help you find the GTI that has the trim package and price you’re looking for.

To check out the award-winning VW Golf GTI yourself, stop by Al Serra Volkwagen, or go online at AlSerraVW.com.