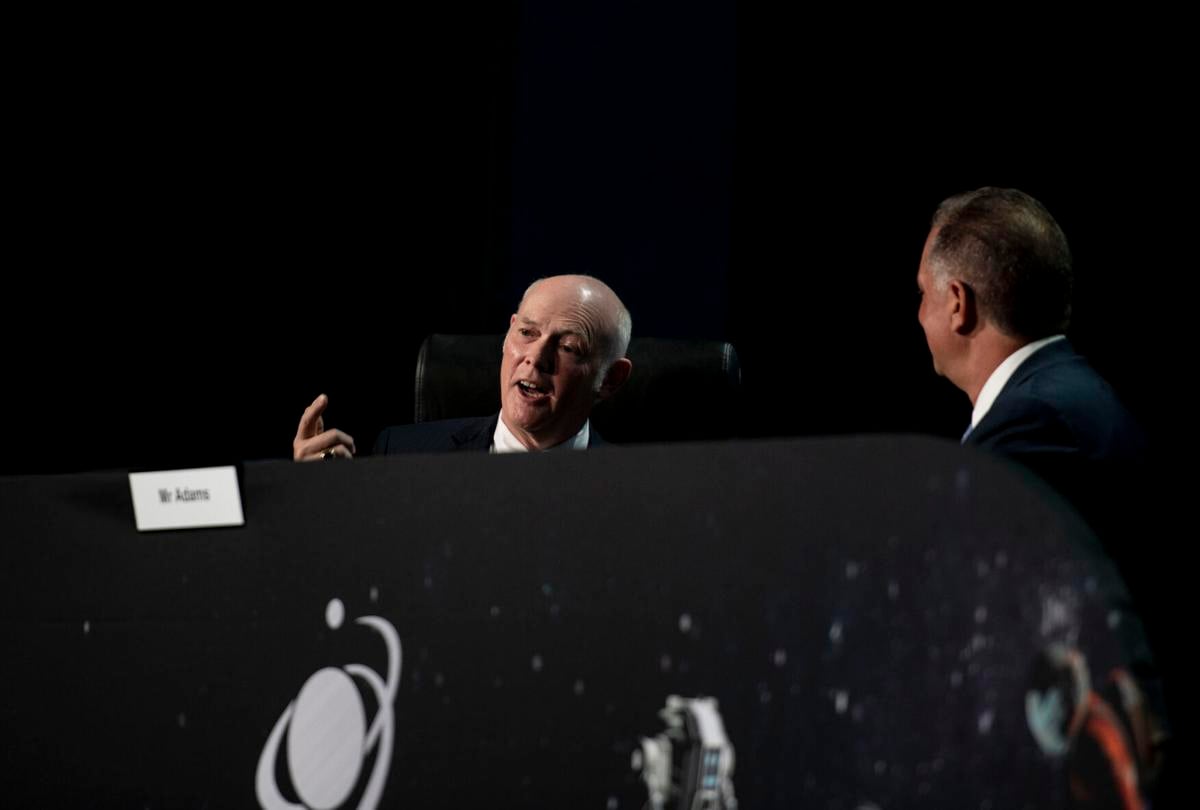 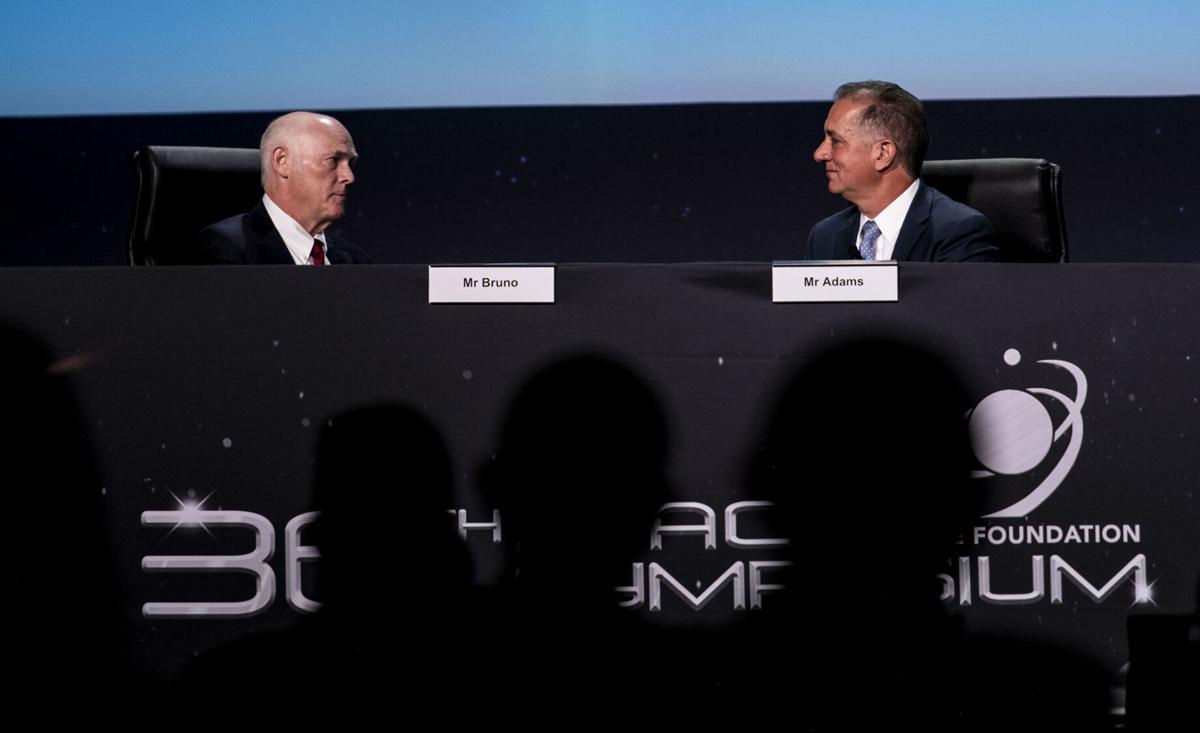 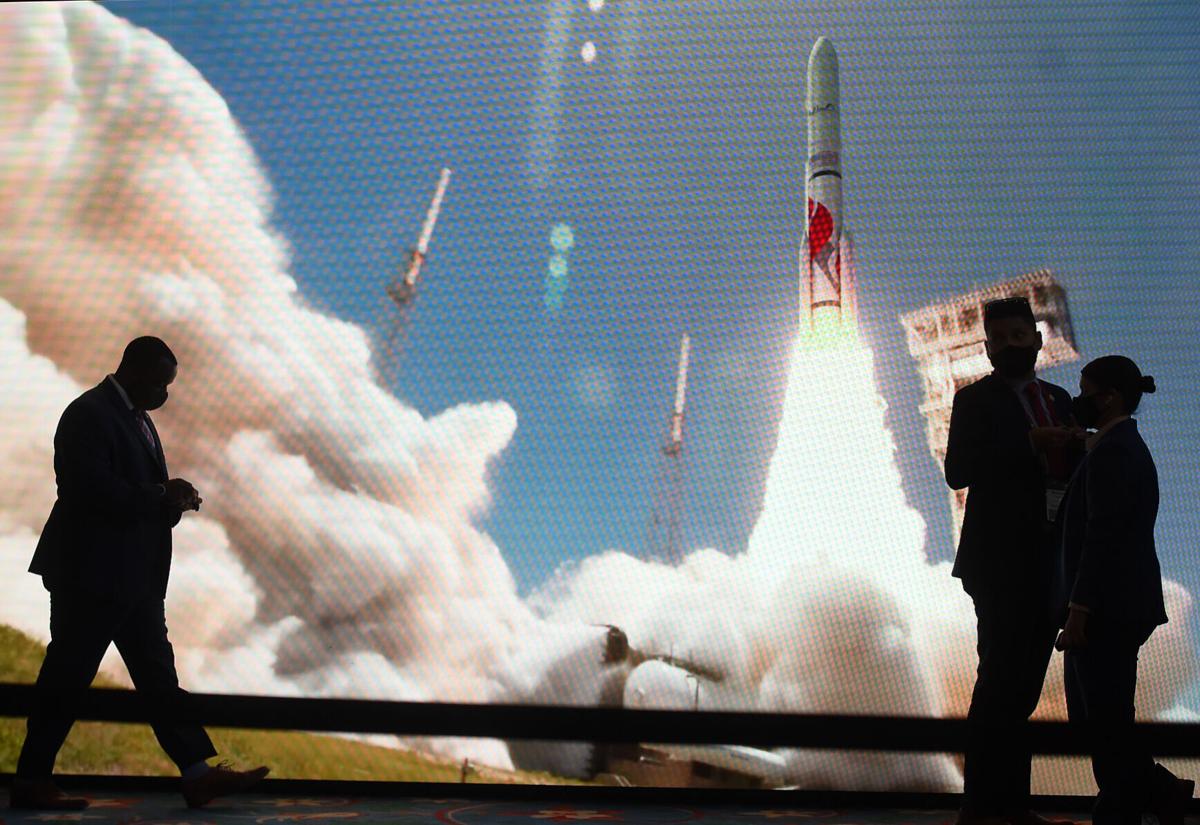 Attendees on the way to hear speakers on Tuesday at the Space Symposium walk past a jumbo screen displaying a rocket launch by ULA (United Launch Alliance).

Attendees on the way to hear speakers on Tuesday at the Space Symposium walk past a jumbo screen displaying a rocket launch by ULA (United Launch Alliance).

Centennial-based United Launch Alliance’s CEO Tory Bruno told the crowd at the Space Symposium on Wednesday the company has full confidence in the new engines being developed by Blue Origin for its next-generation Vulcan Centaur rocket.

The speech came on the heels of a meeting between the companies' officials and Air Force Secretary Frank Kendall after reports surfaced of Blue Origin’s testing delays with the BE-4 engine.

“Blue Origin has a delay and we’re getting it later than we planned for,” Bruno said, adding he originally thought the estimated delivery timeline was too short. “It’s a tough job. The most complicated thing about the rocket is its engines. We love the design of it. It’s talking longer, a bit more time.”

The engine passed "thousands of seconds of tests under all operating conditions and performed great,” he said.

“It’s performance has exceeded expectations, so we’re looking forward to having it.”

During the question-and-answer session, Bruno also talked about the threats facing the United States in space from foreign adversaries.

“I’m going to be blunt, China and Russia are adversaries,” he said. “Our own nation’s objectives and imperatives are somewhat at odds with theirs. They said ‘look at this place where we can make the most leverage with the U.S.,’ and that’s in space — which heretofore was peaceful ground to effectively communicate and to know what’s going on by shining a light on tyrants around the world. They’re going after that right now. … They’re developing and fielding satellite weaponry and it’s a major threat.”

Those threats are also coming to aerospace companies' supply chains. Bruno relayed the story of one of ULA’s robotics software suppliers being bought by a Chinese company.

“We reacted aggressively,” he said. “We’re now trust, but verify, with our vendors. … We’d ask that other companies do the same thing. We have a responsibility as a nation to get in front of it.”

Both threats can be addressed quickly and nimbly.

“That’s the ability of our system, this open democracy. We support and stimulate innovation. We go and create and invent. No one can outpace us when we apply our energy to a problem — especially this one,” Bruno said.

Since 2006, the company has built and successfully launched rockets 140 times, taking satellites and spacecraft to the stars — many of those for NASA. A joint venture between Boeing and Lockheed Martin, ULA employs 1,300 people in Colorado and 2,600 nationwide.

The company recently signed a deal with Amazon for the online retailer's project to boost global broadband access. Amazon secured ULA’s Atlas V rocket for nine launches in the coming years for its Project Kuiper, which will use a “constellation of 3,236 advanced satellites in low Earth orbit” for global broadband.

The Vulcan has a planned 2022 launch date.

Military leaders overseeing U.S. Space Command backed down from full-throated support of a process that would move it from Colorado Springs to…