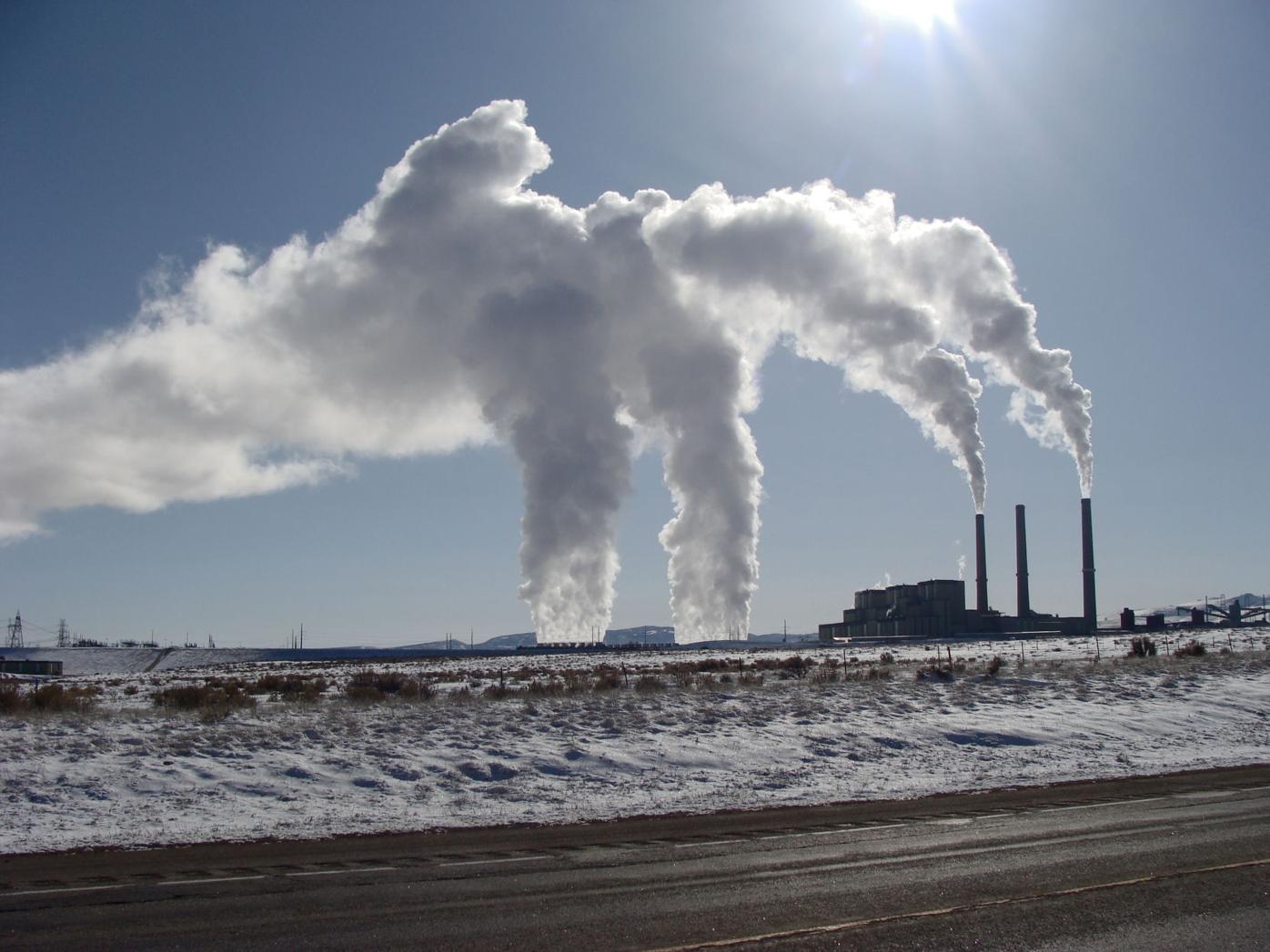 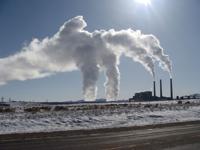 Wikimedia Commons Craig Station, co-owned by the Tri-State Generation and Transmission Association, is a coal-fired power plant in northwest Colorado. 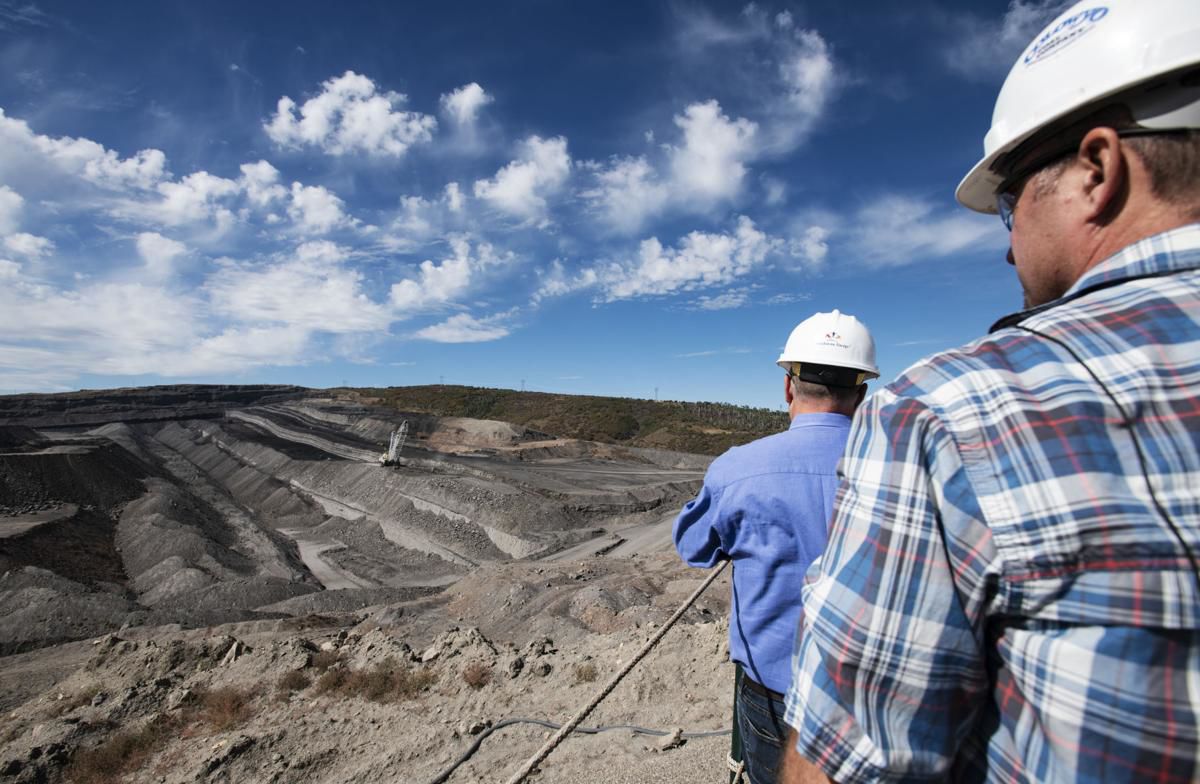 Tri-State Generation and Transmission Association senior manager of communications Lee Boughey, left, and Colowyo Mine Manager Chris McCourt look at the Colowyo coal mine in Craig. Communities like Craig are grappling with the dwindling coal market. (Kelsey Brunner/The Gazette)

Wikimedia Commons Craig Station, co-owned by the Tri-State Generation and Transmission Association, is a coal-fired power plant in northwest Colorado.

Tri-State Generation and Transmission Association senior manager of communications Lee Boughey, left, and Colowyo Mine Manager Chris McCourt look at the Colowyo coal mine in Craig. Communities like Craig are grappling with the dwindling coal market. (Kelsey Brunner/The Gazette)

Tri-State Generation and Transmission Association is looking to close the book on its coal operations in Colorado and New Mexico.

Tri-State, a Westminster-based electricity wholesaler, said in a news release Thursday it will close the Escalante Station in New Mexico by the end of the year and the Craig Station in Craig and the Colowyo Mine in northwest Colorado by 2030.

Tri-State, which closed its Nucla power plant in September, had planned to close the three generating units in Craig between 2025 and 2044 and Escalante in 2045 as part of its Responsible Energy Plan announced in July. Tri-State said it plans to announce more moves next week in connection with the plan.

“Serving our members’ clean energy and affordability needs, supporting state requirements and goals, and leading the fundamental changes in our industry require the retirement of our coal facilities in Colorado and New Mexico,” Tri-State Chairman Rick Gordon said in a news release. He also is a Mountain View board member.

The closures come as two of Tri-State’s 43 member cooperatives have negotiated agreements to end their power supply contracts with the wholesaler and two others are trying to end their contracts. Tri-State provides power from 13 coal and natural gas plants and nine wind and solar generating facilities to cooperatives serving 1.3 million customers in Colorado, Nebraska, New Mexico and Wyoming.

Northwestern Colorado town caught in the middle of coal debate

Gov. Jared Polis praised Tri-State during his State-of-the-State address for helping to meet his goal of making the state free of fossil fuels by 2040, while also pledging help for affected communities. Once Tri-State’s plants are closed, there will be six coal-fired ones remaining in Colorado, including Colorado Springs Utilities’ Martin Drake and Ray Nixon plants.

“Just this morning, Tri-State and its members announced that they will be replacing their remaining coal power in the state with thousands of megawatts of cheaper and cleaner renewable energy sources by 2030, resulting in a 90% reduction in the utilities’ in-state greenhouse gas emissions,” Polis said.

The 253-megawatt Escalante Station was built and opened in 1984 by Plains Electric Generation and Transmission Cooperative, which later merged with Tri-State. The 1,285-megawatt Craig Station was built and opened between 1979 and 1984 by Colorado Ute Electric Association and was later acquired by Tri-State. The Colowyo Mine supplies coal to the Craig Station and opened in 1977; Tri-State bought the mine in 2011. The two plants and mine employ nearly 600 people.

Tri-State said it would provide $5 million to New Mexico officials to help with worker retraining and economic development and also will offer workers severance packages that include education and financial planning help and funding for health benefits.

With Drake closing moved up, Colorado Springs Utilities prepares for transition from coal to natural gas