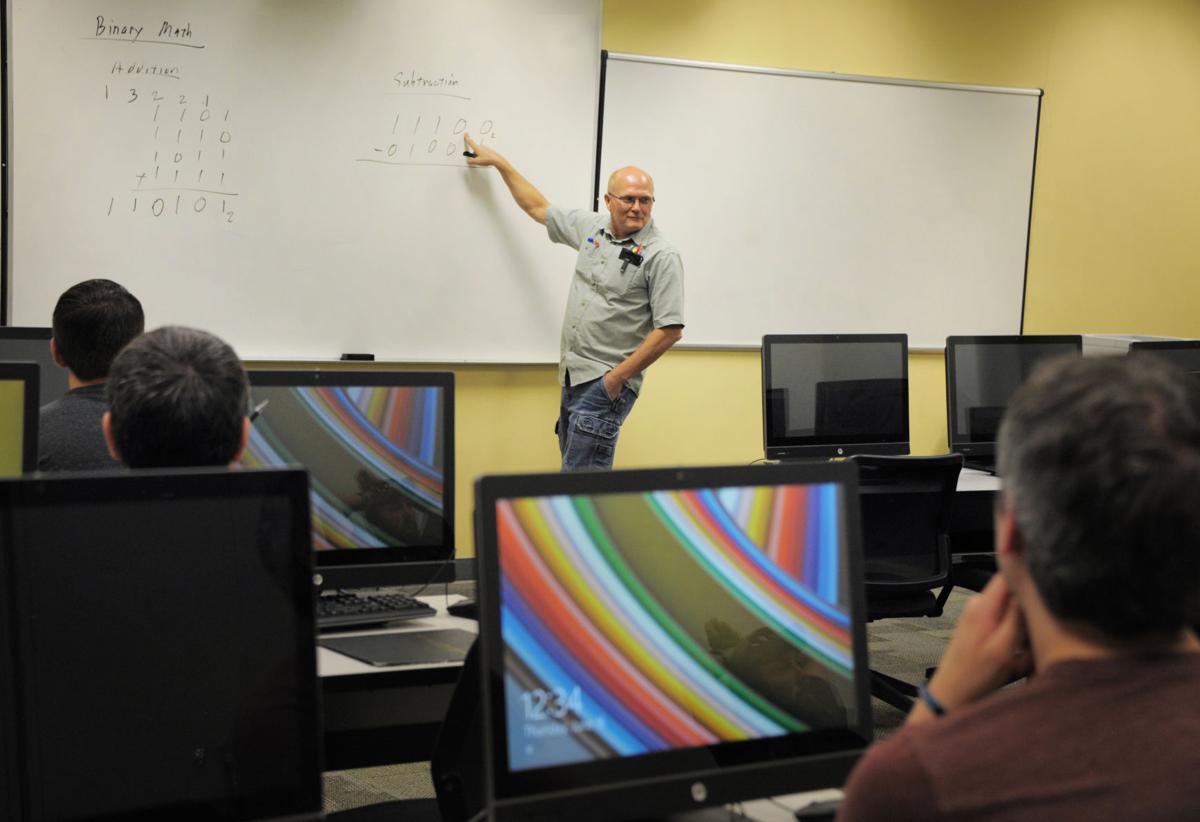 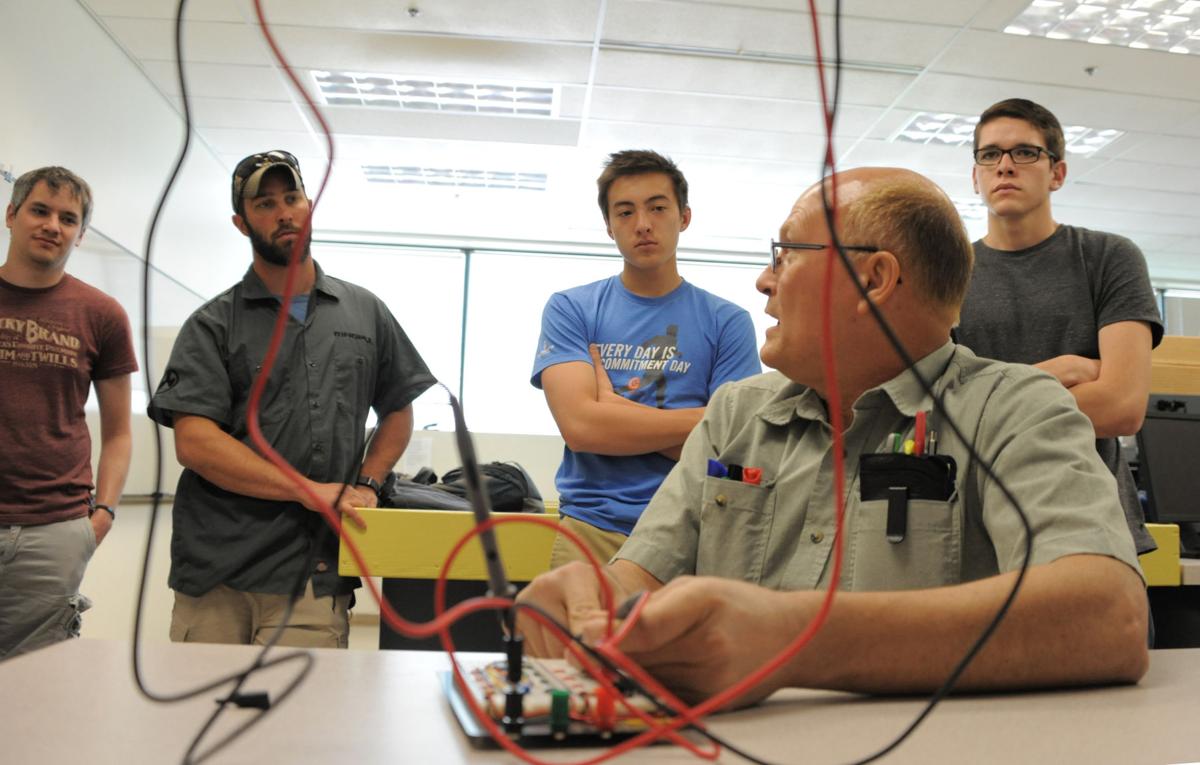 UCCS instructor Leslie Tekamp shows students in his Logic Circuits 1 lab the basics of circuitry at the university, Thursday, June 16, 2016. 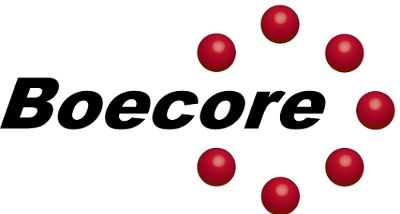 UCCS instructor Leslie Tekamp shows students in his Logic Circuits 1 lab the basics of circuitry at the university, Thursday, June 16, 2016.

For decades, employees in the defense contracting industry typically got jobs with the winning bidder when their employer lost a major contract in a process known as "re-badging."

That didn't happen last year when Lockheed Martin Corp. lost the $700 million contract to maintain and update sensor and software systems for the North American Aerospace Defense Command's Integrated Tactical Warning/Attack Assessment network. Lockheed sent layoff notices in July to 270 Colorado Springs employees to comply with the Worker Adjustment and Retraining Notification Act. The notices gave them 60 days before Raytheon Co. took over the contract Oct. 1. Raytheon had announced a month earlier plans to hire up to 600 people by the end of this year to complete that and another contract.

Lockheed officials worked for months before the new contract started to move those 270 employees to other work and ended up keeping all but 35, said Robert Smith, vice president of command, control, computers, communications, intelligence, surveillance and reconnaissance in Lockheed Martin's $1 billion Mission Systems and Training unit.

The steps Lockheed Martin took to keep its Colorado Springs employees shows just how tight the labor market is for workers in the aerospace and defense contracting industry, where the industry's largest local players each have more than 50 unfilled openings and Lockheed Martin has close to 150, according to jobs posted on their websites. Many report that job openings - especially those in engineering, information technology or cybersecurity - go unfilled for months because they can't find enough qualified candidates as the local unemployment rate continues to decline.

"Because of the demand in other programs (in Lockheed Martin) for engineers and scientists, we were able to place most of the employees in that (NORAD) program in other programs," said Smith, who manages operations that make up a major part of Lockheed's 2,400-person Colorado Springs workforce. "We are an engineering company, and engineers are the lifeblood of our business. It is hard to retain them, and it costs a lot of money to train them, so once they are in the Lockheed Martin family, we will do everything we can to keep them."

The shortage of technical talent in the aerospace and defense contracting industry isn't unique to Colorado Springs or Colorado - the company has more than 500 openings in Colorado and 5,500 nationwide for software engineers, information technology professionals and cybersecurity specialists, Smith said. Jobs that require training in science, mathematics, engineering and technology are expected to grow by between 16 percent and 32 percent between 2010 and 2022 with the fastest growth expected for high-end software engineers, he said.

Blake Davis, engineering director for Lockheed Martin in Colorado Springs, said filling openings can take anywhere from 45 days to three months, depending on the qualifications needed for the position and whether the job requires security clearance that can take weeks to complete. As a result, salaries are headed up, and the company and its competitors are offering signing and recruiting bonuses in some cases to fill openings and compete not only with each other but also technology companies along the Front Range, outside the state and even internationally.

Jay Jesse, CEO of Colorado Springs-based defense contractor Intelligent Software Solutions Inc., said the company's recruiting process for new hires has lengthened from up to five weeks to 2½ months over the past year or two but still less than the four to six months it takes to recruit in other cities where it operates. ISS has hired about 40 software engineers, information technology professionals and workers in command, control and space operations so far this year; is in the process of hiring 20 more employees and has openings for 20 more, he said.

"These are well-paying jobs with good benefits," Jesse said. "The work is important and righteous, and we feel that we are offering a good package because we have some employee ownership, and with a smaller company, you can have a greater impact on the company as a whole through your efforts."

Andy Merritt, chief defense industry officer for the Colorado Springs Regional Business Alliance, is worried. A few defense contractors in the Springs already have passed on bidding for contracts because they don't have the staff to complete the work, and more could end up doing the same thing.

"If we don't solve this workforce issue, this will become a bigger problem and we will have that occurring," Merritt said. "I've really noticed this problem developing over the past three years. There has been a skills gap issue here for a while, but it definitely is more acute now. There are more jobs open than there is available labor in the local economy in general. This is something we have talked about - we knew this day was coming because of the aging of the workforce in this industry - and now it has arrived."

The business alliance is working on a three-part strategy to combat the shortage of technical talent - working with local colleges to increase the number of graduates the industry can hire, setting up training programs for the up to 1,000 people a month leaving local military units and recruiting technical talent to move here.

"There isn't one answer; we have to do all of it," Merritt said.

The College of Engineering and Applied Science at the University of Colorado at Colorado Springs is ramping up efforts to meet the demand for engineers, information technology professionals and cybersecurity specialists, doubling enrollment in the school between 2010 and last year, said R. "Dan" Dandapani, dean of the engineering college. However, the largest number of students - 500 - are studying mechanical engineering and few local aerospace and defense contractors employ many mechanical engineers and instead want more electrical engineering and computer science graduates.

The engineering college is addressing the need for more cybersecurity, systems engineers and other engineering specialties "in one way or another" through a variety of programs, Dandapani said. That includes two new faculty members who will arrive this fall to teach cybersecurity courses, a new joint degree planned for next year in systems and industrial engineering and a partnership formed last year with the Army Reserve, UCCS, seven other U.S. colleges and more than 20 defense contractors to train and provide continuing education for reservists working in cyberdefense and holding full-time jobs with the contractors.

UCCS also is ramping up a program started a year ago to train middle and high school engineering teachers to boost the supply of incoming engineering students, Dandapani said. The first two students in the engineering education program started last fall, and 20 more are enrolled in the program this fall, he said.

Local aerospace companies are using different strategies - ranging from internship and apprentice programs to mentoring and funding workshops and conferences at local colleges to get high school sophomores interested in science, math, engineering and technical careers - to make sure they can fill their open positions.

Northrop Grumman Corp. holds job fairs at local military bases at least once a quarter, including an online recruiting event this month, to recruit military personnel who are leaving the service and have security clearances needed to work at Schriever Air Force Base on the company's largest contract, said Ken Cox, who heads the company's team for the Joint National Integration Center Research and Development Contract. Under the contract, Northrup Grumman provides integration, research, development and testing for the Ballistic Missile Defense System.

Colorado Springs-based defense contractor Boecore Inc. has about 50 openings for engineers and other technical positions and has expanded its internship program for college students from four people five years ago to 15 this summer to identify, attract and eventually hire candidates for permanent positions, said Gary Kerkow, the company's chief operating officer. Boecore also launched an apprenticeship program to help get job candidates the education, technical certifications and on-the-job training they need for technical positions with the company, he said.