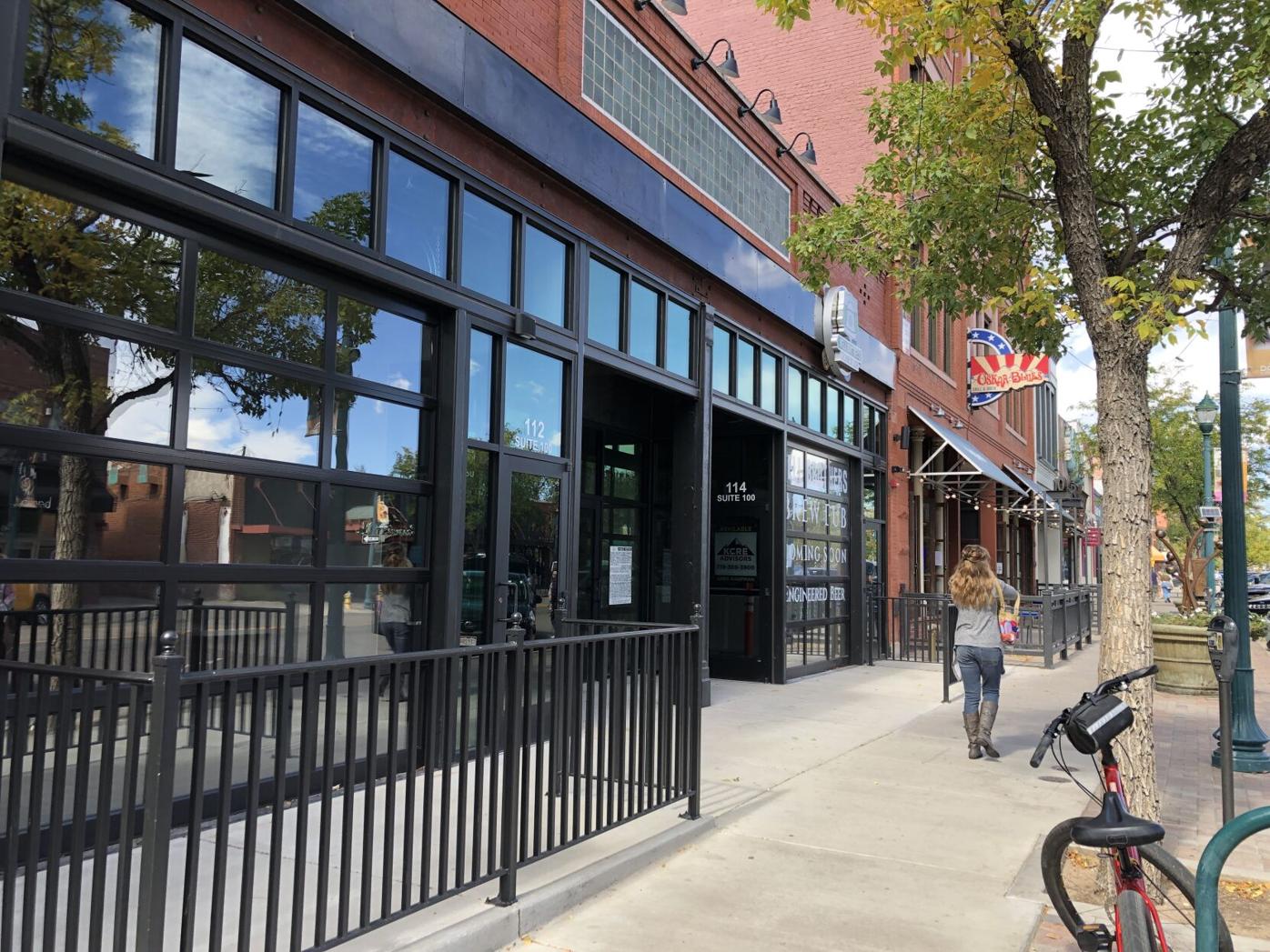 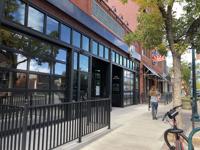 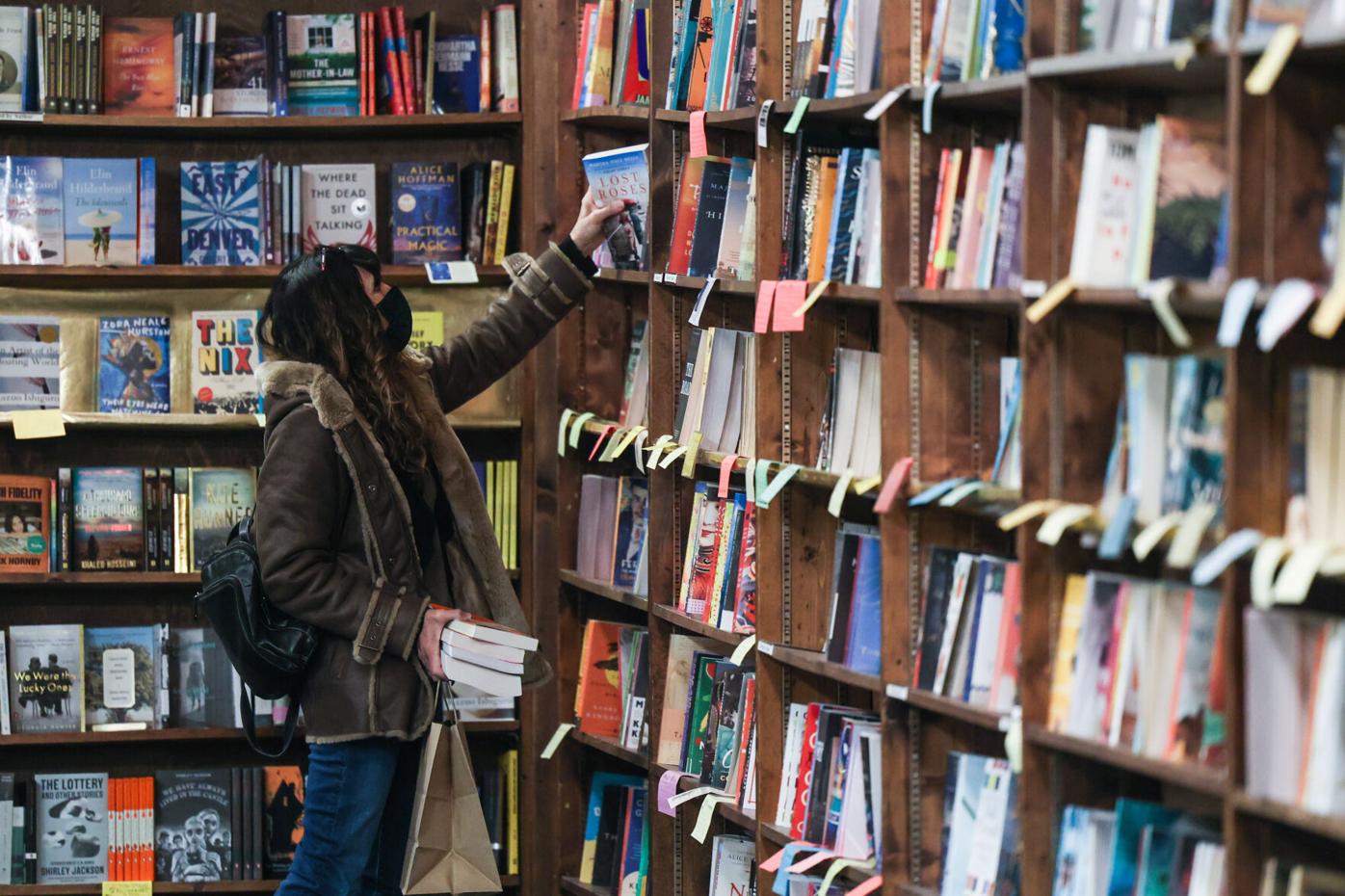 Holly Wirick peruses a shelf of books at the Tattered Cover’s historic LoDo location in December in Denver. 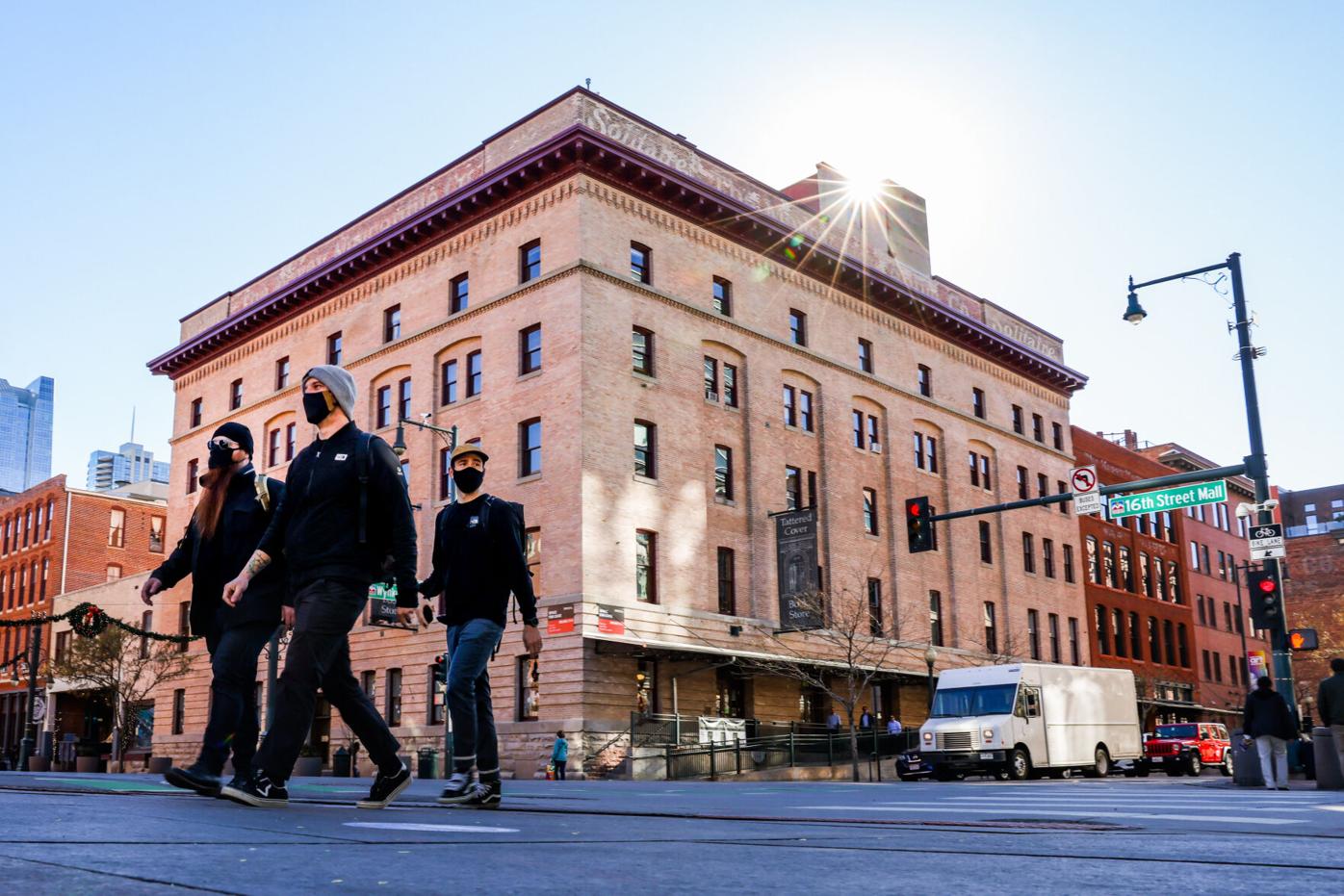 People walk past the Tattered Cover’s historic LoDo location on Wednesday, Dec. 9, 2020 in Denver. The Tattered Cover announced that the 49-year-old bookstore had been sold to Bended Page, LLC founders Kwame Spearman and David Back. (Michael Ciaglo/Special to The Denver Gazette) 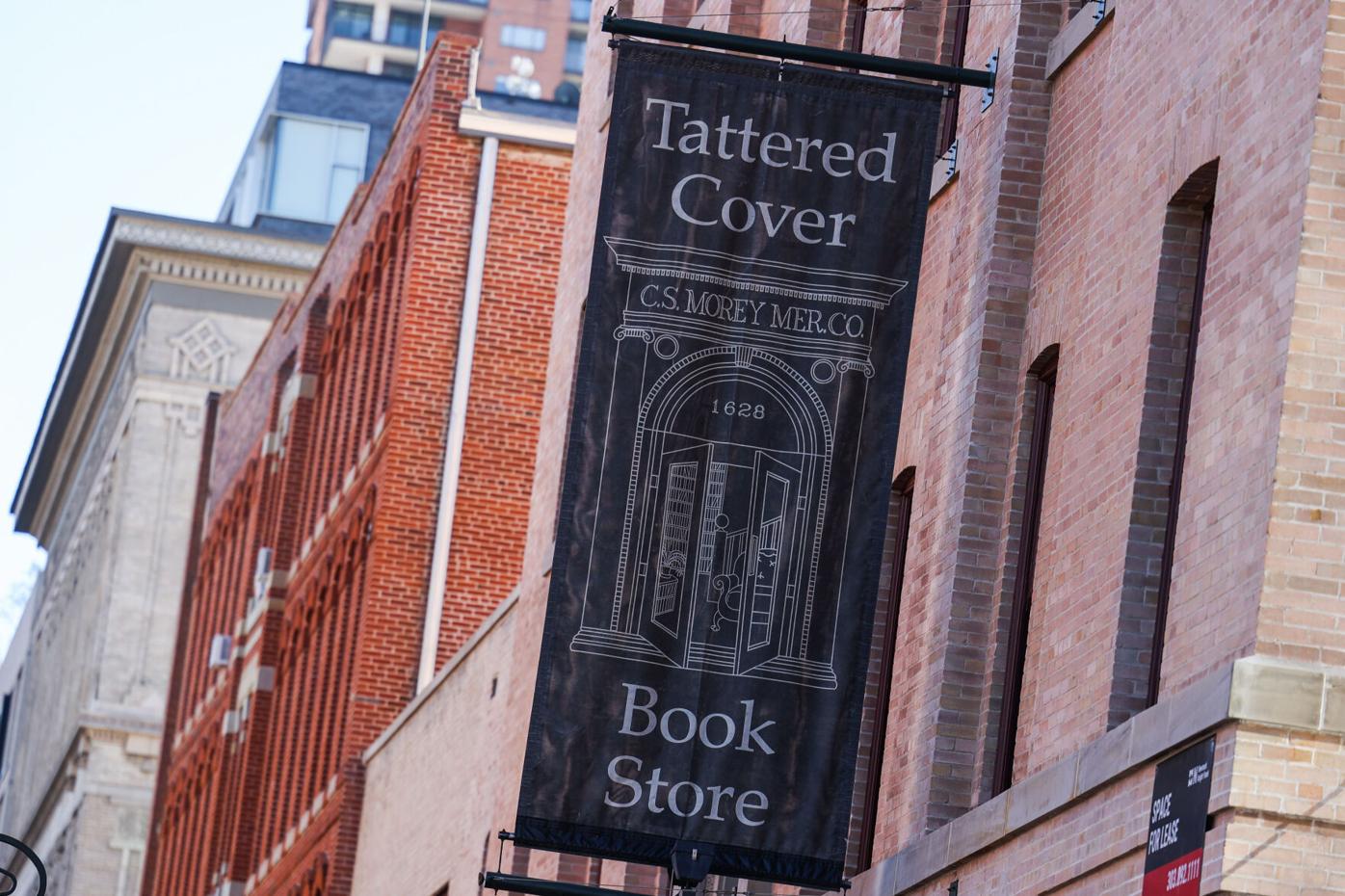 Tattered Cover, the state's largest independent bookstore and an iconic retail name in Colorado for a half century, will open a location next year in the heart of downtown Colorado Springs.

An 8,400-square-foot Tattered Cover will open in early 2022, likely between Feb. 15 and March 15, at 112 N. Tejon St. The more than century-old building, now being redeveloped with multiple users, formerly housed the Zeezo’s costume and magic shop and, before that, Bryan & Scott Jewelers.

“There is a vibrancy and excitement in downtown Colorado Springs and I think, in general, Colorado Springs is experiencing massive growth,” said Tattered Cover CEO and co-owner Kwame Spearman.

Tattered Cover will be a magnet for Colorado Springs residents and tourists, area supporters predict.

“As such a longstanding and beloved iconic brand that will be so attractive to both locals and visitors, it will lure them (locals and tourists) to downtown and they’re then going to also get to see and explore all our other great shops and restaurants,” said Susan Edmondson, president and CEO of the Downtown Partnership advocacy group.

“A business like this really serves as an anchor, among many of our other anchors like Terra Verde or Mountain Chalet and others that attract people, and then they get out on foot and see all the other great things going on downtown," she said.

Downtown might not be Tattered Cover's only store in Colorado Springs, however; Spearman said the retailer will consider additional locations.

Tattered Cover is the latest addition to downtown, where new construction and redevelopment projects in recent years have brought hundreds of apartments, a half-dozen hotels and the opening of the U.S. Olympic & Paralympic Museum and the Weidner Field multiuse stadium.

Many new stores and restaurants gravitate to Colorado Springs' hot suburban areas, such as InterQuest on the north or the Powers Boulevard corridor out east. But downtown’s influx of apartments and other activity mimics that of Denver, Spearman said.

Tattered Cover’s first location opened in 1971 in Denver’s Cherry Creek North area. As it grew to become the state’s largest locally owned bookstore, it gained a reputation as a community gathering place, tourist destination and hub for independent literary culture.

Today, Tattered Cover has three stores in Denver and another in Littleton, a children’s store in Aurora, a pop-up store in the Park Meadows Mall in Lone Tree and three satellite locations at Denver International Airport. A Westminster store that’s targeted to open in late October or early November will be its latest location, Spearman said. The Springs location will be the first outside of the Denver metro area.

Spearman, a Denver native, and other investors purchased Tattered Cover in December from book industry veterans Len Vlahos and Kristen Gilligan. The husband-and-wife team had taken over Tattered Cover in 2017 from longtime owner Joyce Meskis.

In addition to an extensive selection of books from bestselling and independently published authors, Tattered Cover’s downtown Colorado Springs store will have a coffee bar, beer and wine bar and a kids’ zone area, Spearman said. Like its other locations, Tattered Cover expects to host authors and artists in the Springs.

While Amazon and other internet retailers pose stiff competition for brick-and-mortar stores, and consumers embrace electronic reading devices, Spearman remains optimistic that the Tattered Cover and other bookstores have a bright future.

“The notion of the physical book is not going anywhere,” he said. “The demise of physical books due to Kindles and other e-readers was predicted a decade ago. It hasn’t materialized. Similar to what to you’re seeing with vinyl and other physical objects, I think there’s just an experience of reading with an actual book that is going to continue to drive book purchases."

Amazon and other e-retailers, meanwhile, threaten bookstores and other brick-and-mortar retailers because of what Spearman called their predatory pricing polices.

“That being said, this notion that people are just going to order everything online, I also think that’s premature," he said. "More than anything, people are trying to go out and connect and be a part of the communities where they live. And I can’t find a better example of what could be a community institution than an independent bookstore.”

Tattered Cover will lease space in the 112 N. Tejon building from The Baldwin Cohn Group, a local real estate company that purchased the property in 2019. The location is just a block south of a storefront occupied by the Chinook Bookshop, downtown's longtime popular book seller that closed in 2004 after 45 years.

Tattered Cover's lease agreement with The Baldwin Cohn Group was attractive because it allows the retailer to make rent payments based on a percentage of its sales, something not all property owners and landlords are willing to do, Spearman said.

Principals Brent Baldwin and Derek Cohn declined to discuss specifics of their deal with the Tattered Cover, but called the retailer a “perfect tenant” for the history-rich building.

The building was constructed in the late 1880s as an upscale grocery, Cohn said, based on his research of the property, though the El Paso County Assessor’s Office shows it was built in 1900.

Today, the building still has its historic red brickwork, original skylights and maple floors that have been in place for more than 100 years, Cohn said.

“The really neat character and the rich history of the building combined will really provide the perfect home for Tattered Cover, where you can sit down and enjoy a book and let your imagination run wild, almost like you’re reading a book in (Harry Potter’s) Hogwarts," he said. "That’s what I think is going to set this location apart from any new building that we could build today.”

Tattered Cover won’t be alone in the building. Because of its roughly 18,000-square-foot size, finding a single user for the building is a tough go, Baldwin and Cohn said.

Tattered Cover will occupy 8,400 square feet on the main floor and also have a patio on the building’s backside for customer use, Cohn said.

Bell Brothers Brew Pub will have a 1,500-square-foot, first-floor tasting room and roughly 1,700 square feet in the building’s basement as part of its business, Cohn said.

Dog Haus Biergarten, a restaurant known for its hot dogs, will not occupy a portion of the building as was once planned, Cohn and Baldwin said.

Colorado Springs native David Yi is the founder of Very Good Light, an online skincare publication devoted to men’s beauty and grooming; the gender-inclusive skincare brand Good Light; and the author of the recently released book, "Pretty Boys," about the history of men and masculine-identifying people and their relationship to looks and beauty from the beginning of time until now.