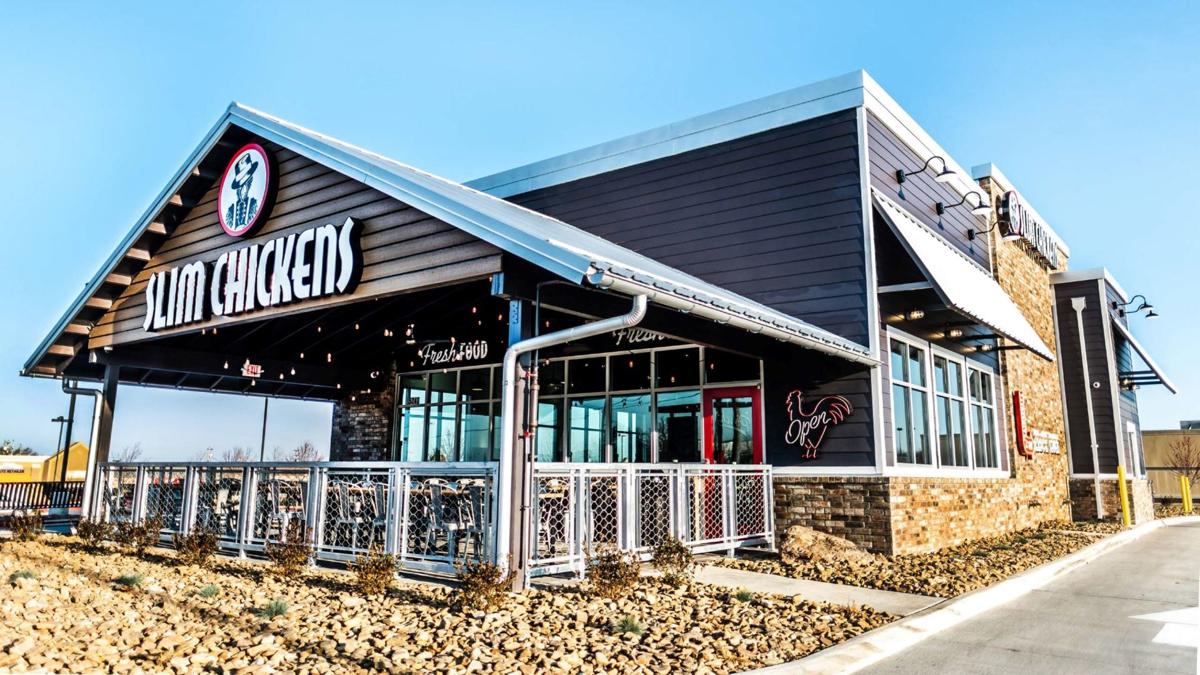 Slim Chickens, an Arkansas-based fast-casual chain, plans to open its first Colorado Springs restaurant in June or July at the Victory Ridge development, southeast of InterQuest and Voyager parkways on the city’s north side. 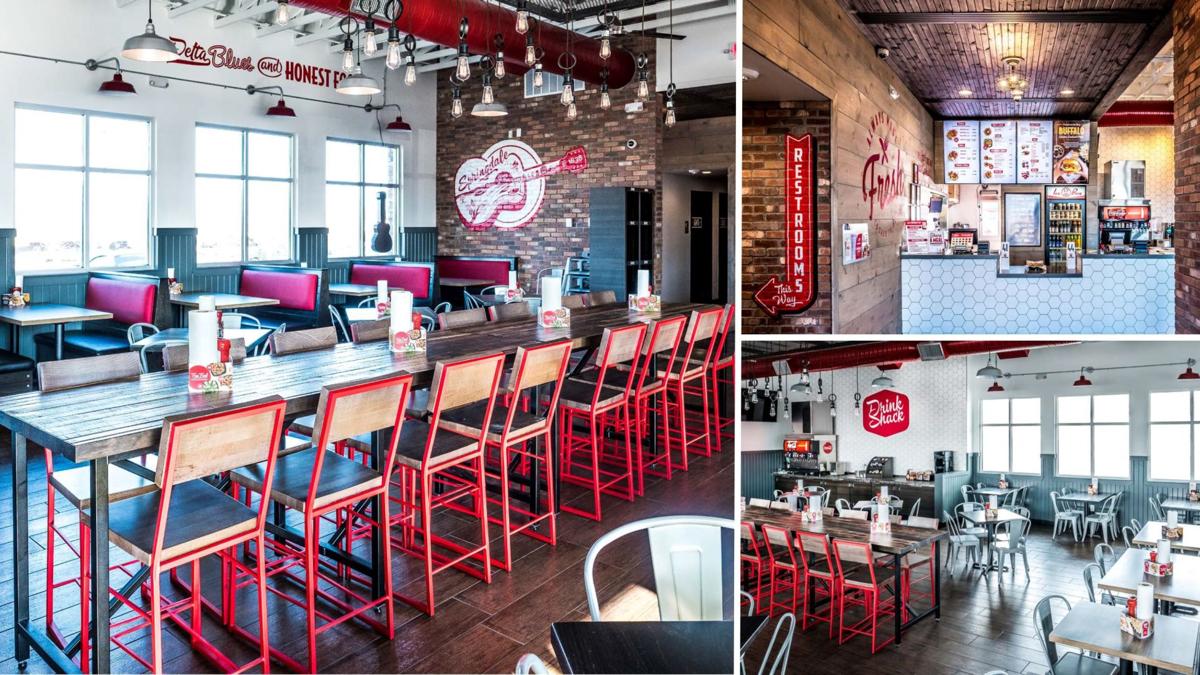 Slim Chickens, an Arkansas-based fast-casual chain, features a Southern-influenced menu that specializes in all-natural chicken tenders made from chicken tenderloins. 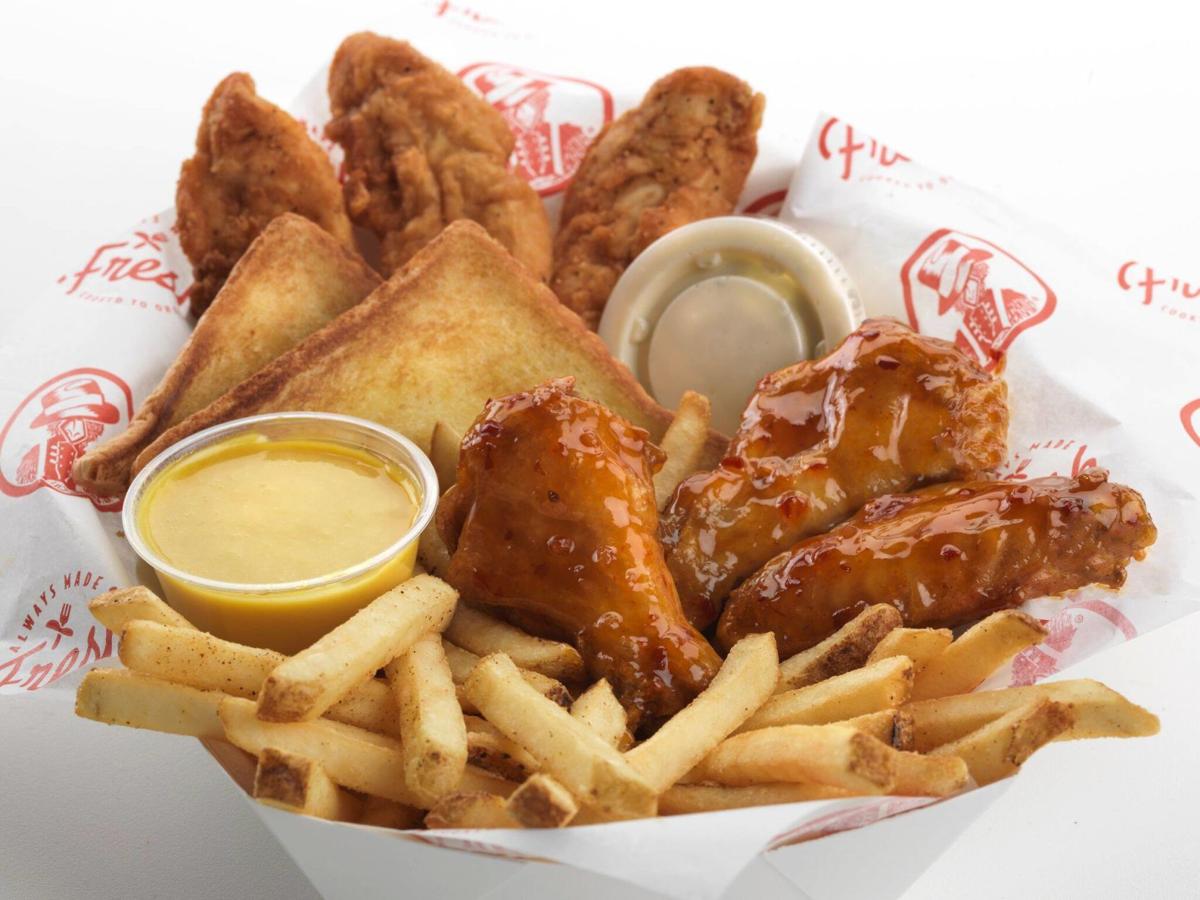 Slim Chickens, an Arkansas-based fast-casual chain, plans to open its first Colorado Springs restaurant in June or July at the Victory Ridge development, southeast of InterQuest and Voyager parkways on the city’s north side.

Slim Chickens, an Arkansas-based fast-casual chain, features a Southern-influenced menu that specializes in all-natural chicken tenders made from chicken tenderloins.

First, there were the burger wars. Now, get ready for the chicken challenge.

Slim Chickens, an Arkansas-based fast-casual chain, will open its first Colorado Springs restaurant in June or July in Victory Ridge, the mixed-use development southeast of InterQuest and Voyager parkways on the city’s far north side.

His company is scheduled to complete its purchase of 1.1 acres at Victory Ridge in about a month, Wheeler said. It plans a 3,200-square-foot building that will seat about 100 and have room for an additional 40 people in a heated, covered patio.

Where the growth is: InterQuest is one of Colorado Springs' hottest commercial areas

The restaurant, which also will have a drive-thru, will hire about 100 full- and part-time employees. Wheeler said he hopes to employ about 20 veterans as part of his workforce.

Slim Chickens, founded in 2003, has about 90 locations in the U.S., the United Kingdom and the Middle East, according to its website.

Wheeler, whose L.O.V.E. Restaurant Group is the franchisee for all of Colorado, opened the state’s first Slim Chickens in Aurora in November.

Wheeler said he’s looking for additional Colorado Springs-area locations, though he has no sites under contract. His goal is to have 30 Slim Chickens restaurants in Colorado within 10 years.

Slim Chickens touts a Southern-inspired menu. It specializes in all-natural chicken tenders that come from the tenderloin portion of the chicken; tenders are marinated in buttermilk, hand-breaded and cooked to order, Wheeler said. Diners can choose from 17 house dipping sauces.

“Those are our cornerstones for who we are and what we’re about,” Wheeler said.

Raising Cane’s plans to open its third location in February after entering the Springs market less than a year ago, while Chick-fil-A has expanded along Powers Boulevard and South Nevada Avenue in recent years.

“We’re very confident about our product and our brand versus some of those other guys,” Wheeler said of Slim Chickens. “We think there’s plenty of demand for the chicken product and we like where we rank versus the competition.”

Slim Chickens becomes one of the latest restaurants to locate in the InterQuest area, which over the last few years has become one of the Springs’ hottest commercial hubs.

Stores, movie theaters, apartments, hotels and other users have flocked to InterQuest, wanting to be near thousands of north-side rooftops and several major employers in the area, such as Bal Seal Engineering, Compassion International and Cherwell Software.

In-N-Out, the cultlike burger favorite that’s expanding to Colorado from California, is building distribution and production facilities in Victory Ridge that are scheduled to open this year along with the chain’s first restaurant in the state. In-N-Out also plans an office building in a future phase.

Elsewhere in InterQuest, Springs-based Ent Credit Union plans a new headquarters; Penrose-St. Francis Health Services will build its third hospital campus in the region; and outdoor apparel and sporting goods retailer Scheels All Sports is constructing a store the size of a Walmart Supercenter.

Wheeler knows all about the busy InterQuest area. His L.O.V.E. Restaurant Group also is a Burger King franchisee and opened its only Springs Burger King last year northwest of InterQuest and Voyager in the InterQuest Marketplace development.

“We’re pretty comfortable with the traffic flow there, the growth potential for that trade area,” he said.

“We’re real pleased with the customer base and the employee base in that area. We just think the Slim Chickens brand is going to resonate very well with the target customer in that area.”

A new batch of stores, restaurants and entertainment concepts are on their way for 2020.