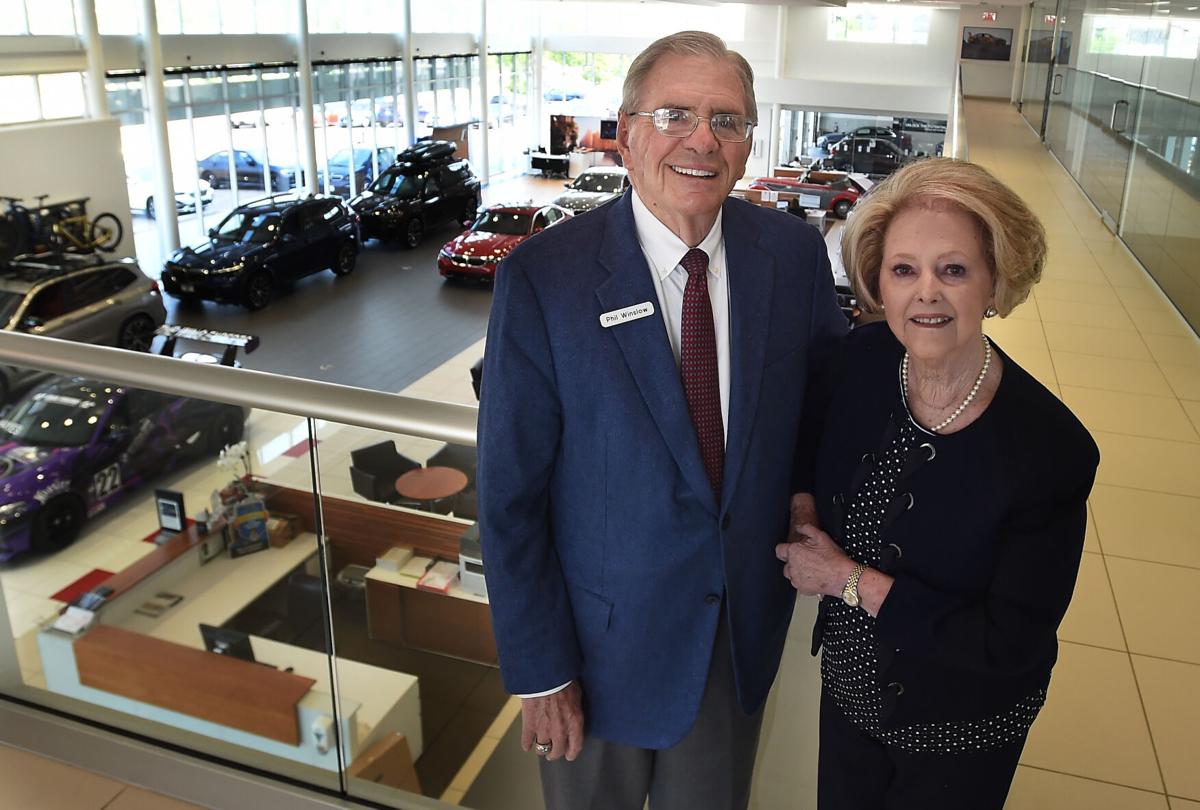 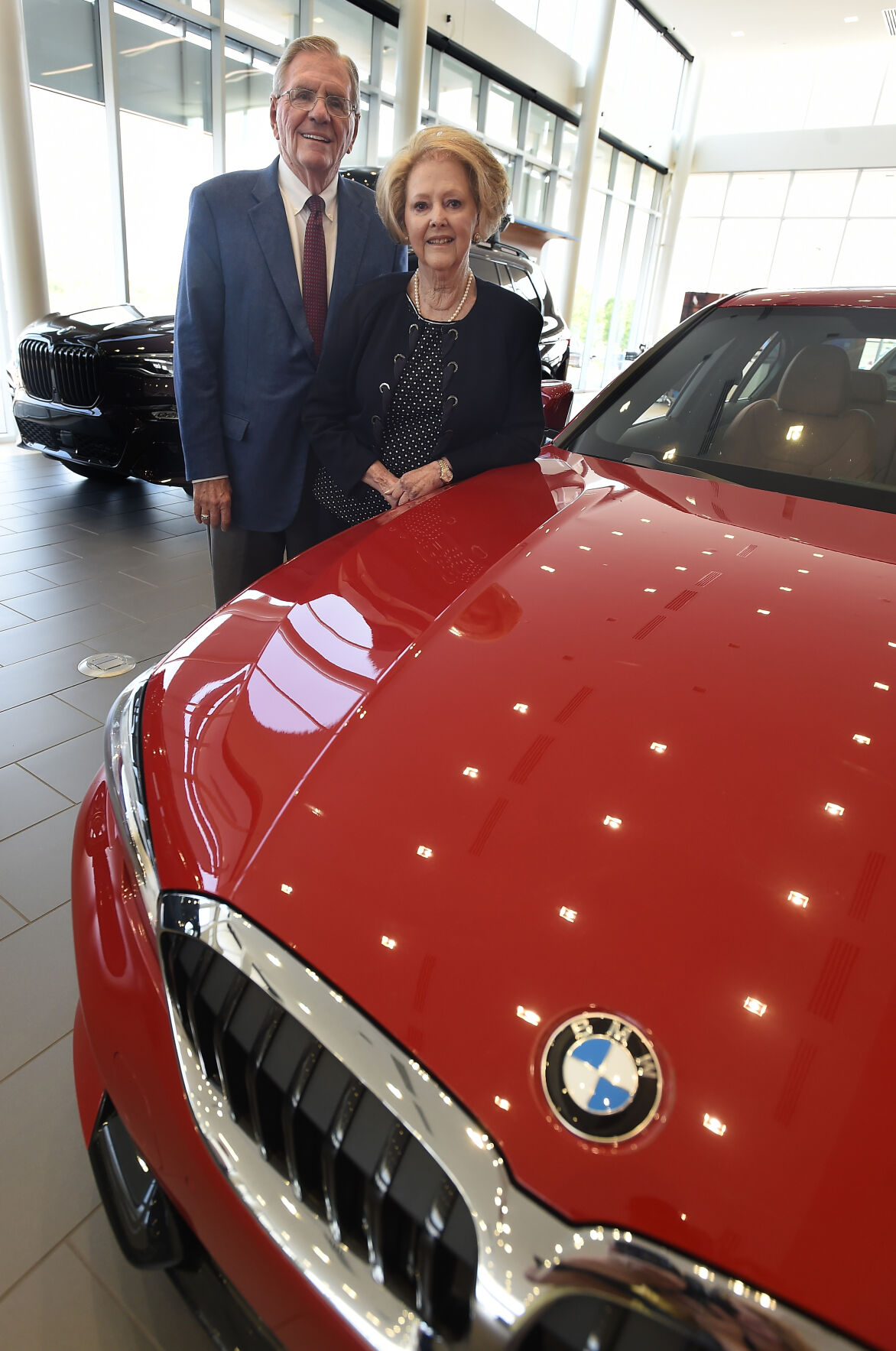 Phil Winslow has headed the auto dealership that bears his name for 60 years through three locations, and the 81-year-old entrepreneur doesn't plan to retire anytime soon.

His son, Phil Winslow Jr. already owns the building and land for Winslow BMW of Colorado Springs near Instate 25 and North Nevada Ave. and eventually will take over the dealership. Phil Winslow Sr. and his wife, Ann, sold 20% of the dealership to general manager Gregg Randolph in 2014, when he became managing partner, to allow the couple to reduce their day-to-day role in the company.

"I have no time frame (for the transition to his son). What else would I do? I don't plan on ever retiring," said Phil Winslow Sr., who took over the dealership in 1964 after the sudden death of his father from pneumonia and was first a partner in the business with his mother and later with Ann, who he married in 1976 and has been mostly involved in marketing efforts for the business.

The couple will receive the Lifetime Entrepreneurship Award from the University of Colorado at Colorado Springs College of Business during a reception Wednesday that benefits the college's Relationships, Opportunity, Acumen, and Readiness (ROAR) program that connects alumni, employers and business people to students through career planning, internship and mentorship. The award had been presented annually since 2009 and the Winslows were selected to receive the award last year, but the ceremony was postponed because of the COVID-19 pandemic.

Phil Winslow Sr. never thought he would end up in the car business. He was a senior at Cornell College in Iowa studying business and home for the Thanksgiving break in 1960 when his father told him he was considering buying a Volkswagen and Porsche dealership. His father, who had previously worked as an accountant and had owned a Pepsi distributorship and drive-in theaters, told him he wouldn't buy the dealership unless Phil agreed to join him in the business, which he acquired on Jan. 1, 1961.

All in the car-dealer family

"Neither of us knew anything about cars. I went to a liberal arts college that taught us nothing about mechanical stuff. I was preparing to join the business community, not just be a car dealer," Phil Winslow said. "I graduated on June 5, 1961, and started at the dealership two days later. We were in a 40-foot by 60-foot building at 2353 E. Platte Ave. and had about a dozen employees."

He became the nation's youngest Volkswagen dealer at age 24 — as a partner with his mother — three years later after his father's death, just as the dealership was building and new showroom and service complex at 730 N. Circle Drive. After a few years, Porsche took Winslow's franchise and turned it over to the local Audi dealer and the dealership later added a franchise from the French automaker Peugeot for a few years.

Ann Winslow, who grew up near Houston, moved to Colorado Springs in the early 1960s as a teacher and met Phil when both were living in a southeast Colorado Springs apartment complex. She was dating an Air Force Academy cadet that she later married, moved back to Texas and had two children. But Phil and Ann stayed in touch and after she divorced, Phil asked her to marry him.

"Phil picked me up at the airport with my two boys, aged 4 and 7 and a dog. My mother was leery of me marrying a 36-year-old bachelor who worked with his mother," Ann Winslow said. She was the daughter of an engineer who taught her all about football and cars — she knew every model of every make — and was a good match for a car dealer who had more interest in the financial and business side of the company.

"I married her because she knew about cars," Phil joked. He sent her almost immediately to a national car dealers convention to learn more about the business of selling cars.

"He told me if I was going to be in this business, I needed education about it," Ann Winslow said. "When we started working together, Phil told me I had to learn who the real boss was."

Ann spent the early years of their marriage raising children and volunteering for nonprofits, including the Junior League, where she served on the national board; the Cheyenne Mountain School District 12 and both the debutante ball and Newborn Hope, where she served as chair. She also served on many other nonprofit boards. The volunteer work gave her business skills she would later use working for the dealership and as executive director of two nonprofits, the Colorado Springs Automobile Dealers Association and the Colorado Springs Executives Association, the city's oldest business networking group.

The dealership would add the BMW franchise in 1983 and operated both BMW and Volkswagen franchises for 20 years. Winslow sold the Volkswagen dealership in 2003 to the Al Serra Automotive Group, which owned several other local dealerships, because the German auto giant wanted the Winslows to build a separate showroom and service complex for its vehicles.

After 50 years at the Circle Drive location, chosen for its proximity to Peterson Air Force Base, the dealership moved to the North Nevada Avenue location to be closer to upscale neighborhoods in northern Colorado Springs. The 36,000-square-foot complex, adjacent to the west end of the UCCS campus, is about 20 times the size of the dealership's original Platte Avenue location.

Winslow BMW has always focused on its service department as the key to retaining customers, Phil Winslow said.

"You have to treat customers well or they will leave, so I have always based the business on the service department," Phil Winslow said. "This is a people business, both from the customer standpoint and the people you work with. Our employees are the most important thing about the business. If you treat them well, they will help you. If you treat them badly, they leave and we can't afford that."

Keeping the dealership open and safe for customers during the pandemic became a major challenge, Phil Winslow said. All car dealerships had to close showrooms during a statewide stay-at-home order in March and April 2020 and instead sell all vehicles online and deliver them either to customer's homes or through the service department.

"Fortunately, we were deemed an essential business, so remained open and didn't furlough any employees. Our service department remained open and we shifted to internet sales. We had three months of serious hurt, and if it had kept going it would have sunk the dealership," Phil Winslow said. "We had easy access from the outside for customers to sign papers and everybody had to learn new ways, such as sanitizing cars before, during and after service. We were proud not one employee got sick."

Phil Winslow said the car businesses has allowed the couple and the dealership to support several local non-profits, including the U.S. Bobsled and Skeleton Federation, the Colorado Springs Conservatory and the Children’s Literacy Center of Colorado Springs. At UCCS, the couple also has supported the Unstoppable Women’s luncheon, the Ent Center for the Arts and several scholarship programs.

"A car dealer from Oklahoma once told me in the late 1960s that there are times that you don't make any money, but you will always drive a nice car," Phil Winslow said. "I have always remembered that, and it is true. I do drive a nice car — a BMW 850. Most dealers change cars every three months. I have kept this one for three years."

When he started interviewing for a faculty post with the University of Colorado soon after finishing his doctoral degree, Don Warrick thought …