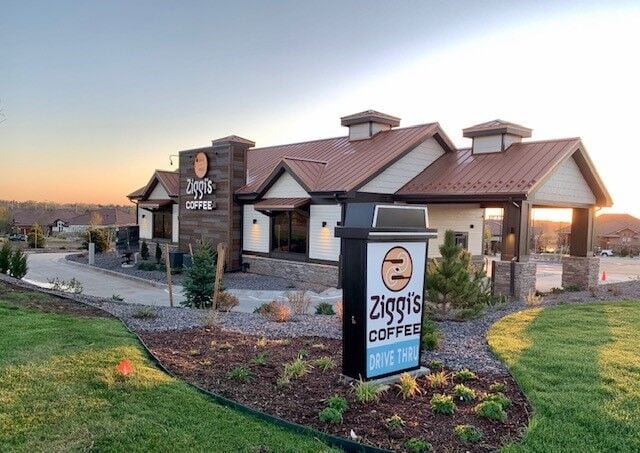 This Ziggi’s Coffee shop opened in May in Loveland. Franchisees are bringing three Ziggi’s locations to Colorado Springs in 2021. The chain, founded in 2004 in Longmont, has 26 locations in five states and another 52 units in development. 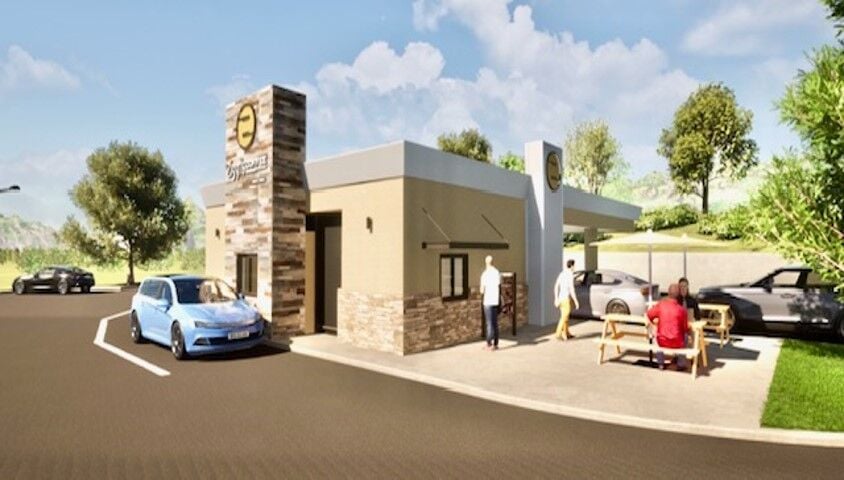 A former drive-thru bank in the Rockrimmon area on Colorado Springs’ northwest side will be remodeled into a Ziggi’s Coffee store in 2021. The location will have a drive-thru, a walk-up window and outdoor seating.

This Ziggi’s Coffee shop opened in May in Loveland. Franchisees are bringing three Ziggi’s locations to Colorado Springs in 2021. The chain, founded in 2004 in Longmont, has 26 locations in five states and another 52 units in development.

A former drive-thru bank in the Rockrimmon area on Colorado Springs’ northwest side will be remodeled into a Ziggi’s Coffee store in 2021. The location will have a drive-thru, a walk-up window and outdoor seating.

Colorado Springs coffee lovers are about to get more choices for lattes, cappuccinos and mochas.

Ziggi’s Coffee, founded 16 years ago in Longmont, is expanding to Colorado Springs with three locations set to open next year. The fast-growing chain has 26 outlets in five states and another 52 units under development.

Franchisees Craig Carle and Greg Bland plan Ziggi’s locations at 460 Chapel Hills Drive, northeast of Chapel Hills and Briargate Parkway in northern Colorado Springs, and at 7636 Dublin Blvd., near Dublin at Marksheffel Road, on the northeast side. They’re targeted to open in late January or mid-February, Carle said.

The stores will be about 1,800 square feet each and will occupy leased space inside existing retail buildings, he said.

In addition to indoor seating, the locations will offer drive-thru service for on-the-go customers.

“The drive-thru was a must-have in this day and age,” said Carle.

Separately, Bland and his wife, Jill, have proposed to city planners a third Ziggi’s at 15 S. Rockrimmon Blvd., near Rockrimmon and Pro Rodeo Drive on the northwest side.

They plan to remodel a former 785-square-foot bank drive-thru and upgrade the property surrounding the site, which would offer drive-thru service, a walk-up window and a small outdoor seating area, Greg Bland said. The Blands hope to open the Rockrimmon location in April.

Carle, a Colorado Springs native with a sales background and who lives in Monument, said the Ziggi’s menu offers a variety of coffees, teas, smoothies and Red Bull-infused drinks. Ziggi’s partners with Coda Coffee, a Denver-based roaster and bean supplier, for its coffee products, he said.

Food items on the menu will include doughnuts, pastries, burritos and sandwiches; the menu also features gluten-free and vegan options, Carle said.

Ziggi’s tries to bring a neighborhood coffee shop feel to its locations, where customers and their families can enjoy a cafe setting or use the drive-thru, Carle said. For those who come in, stores have social distancing, face coverings and other safeguards in place to combat the spread of the coronavirus, he said.

“We’re a Colorado-based coffee brand,” Carle said. “We hope to bring great coffee and a great atmosphere to strengthen the market around us.”

Greg and Jill Bland, who live in Loveland, have opened one Ziggi’s location in that city and have a second store there that’s about to break ground.

The Ziggi’s organization is family oriented and quality focused, which was appealing to the Blands, Greg said. Ziggi’s husband-and-wife founders Brandon and Camrin Knudsen are supportive of franchisees, while Ziggi’s includes a kids’ menu to encourage family gatherings, he said.

“It feels like a local coffee shop,” said Bland, who also has a sales and marketing background.

Like many segments of the food and beverage industries, competition is fierce among coffee chains. Starbucks, Dutch Bros and other national brands dominate the Springs market, while Loyal Coffee, The Perk Downtown and Story Coffee are among local favorites.

Even so, Carle said he’s confident there’s a place for Ziggi’s.

Despite the economic downturn caused by the COVID-19 pandemic, the coffee industry continues to do well and is seemingly “recession proof,” Bland said.

“During the COVID era going on, our sales have been record setting with Ziggi’s and the coffee shop,” Bland said. “People have to get out. They’re locked at home, they have to get out. They can go through a drive-thru. Before they could walk in. Now, they can walk in, they can still sit down, we just have spacing (that’s) different.”

REI doubling down with expansion of Colorado Springs store