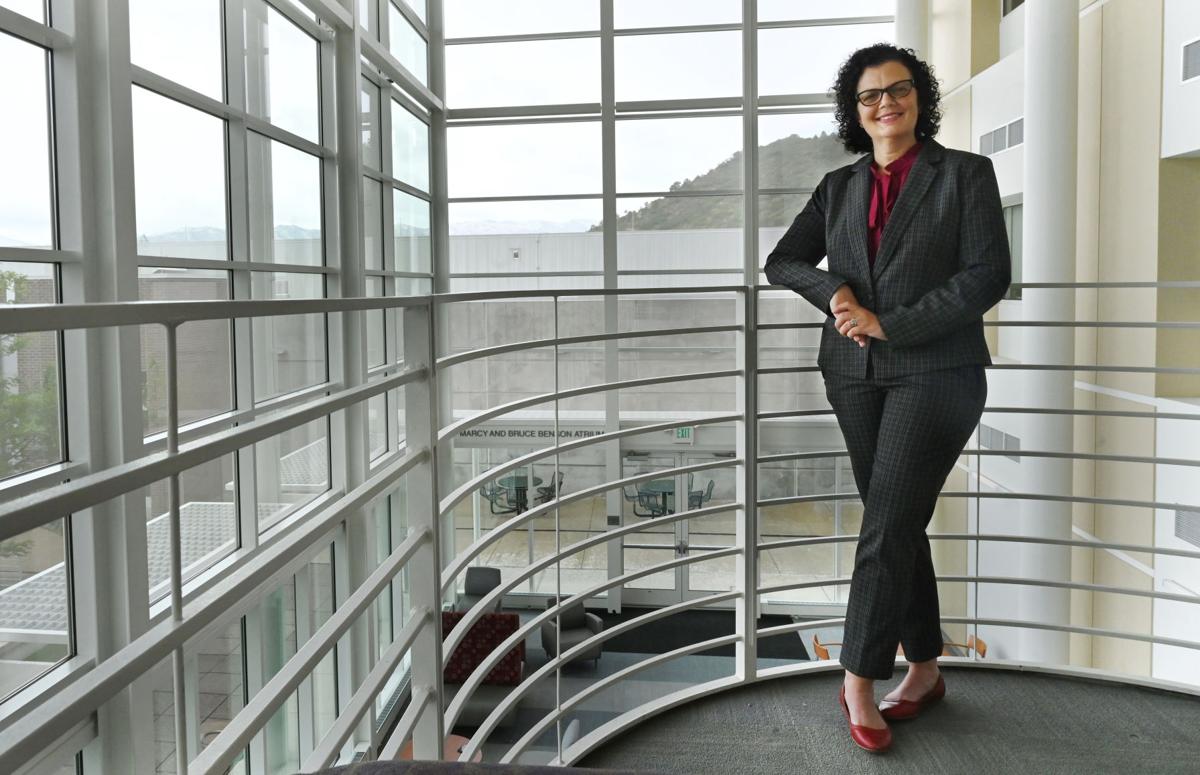 Karen Markel is the dean of the College of Business at the University of Colorado at Colorado Springs. 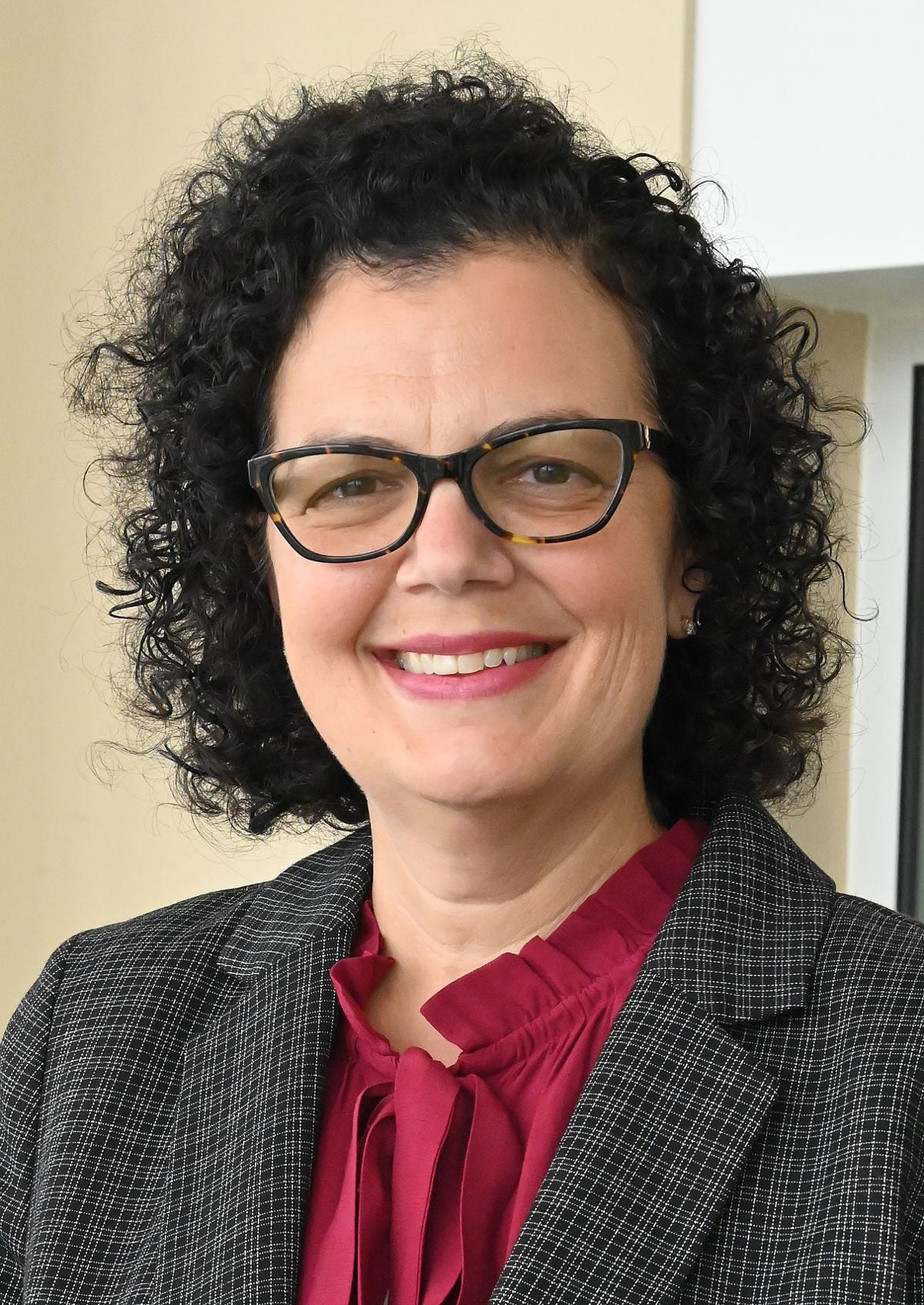 Karen Markel is the dean of the School of Business at UCCS.

Karen Markel has plenty of experience with tight budgets — and she will put that expertise to work as dean of the College of Business at the University of Colorado at Colorado Springs.

Before arriving at UCCS, she was dean of the College of Business and Public Policy at the University of Alaska Anchorage, where the university faced a 40% budget cut. Now she faces another challenging situation. Colorado legislators cut nearly $600 million, or 58%, from higher education funding to close a $3 billion budget gap resulting from the COVID-19 pandemic.

Those cuts have resulted in layoffs and furloughs in nonacademic operations at UCCS.

While in Alaska, “I learned a lot about managing resources in a challenging time. I didn’t think that experience would come in handy so quickly, but it has,” Markel said. “I’m not sure what next year’s budget will look like. I’m not eager, but it will be nice to get a number. When I got here, the first thing I did is get up to speed on last year’s budget.

“I feel the college is financially sound enough to ride this out and survive.”

Christina McDowell, Markel’s associate dean at University of Alaska Anchorage and now a lecturer in hotel administration at Cornell University, credited Markel with “ensuring such significant cuts had the least effect on people” despite suspending or cutting programs.

She said Markel was transparent with faculty staff and students throughout the budget-cutting process.

Markel said she left the University of Alaska, where she had quickly made her mark by reaching out to the businesses in Anchorage, after just two years because state budget cuts prompted the university to consider consolidating three business schools into one. That action, which was later rejected, would have meant two deans would no longer have a job. As there was no assurance Markel wouldn’t be one of them, she started looking for another job and was hired at UCCS.

“Having to leave Alaska was a low point. It was never really my intention to leave so early. I believe the political climate forced the move before I was able to undergo some really good work,” Markel said.

She replaces Stephen Farris, who left after a year on the job because his wife had trouble adjusting to the altitude in Colorado Springs. Farris had replaced Venkat Reddy, who became chancellor of UCCS.

Markel isn’t too worried about budget cuts at UCCS because state funding provides only about 10% of the University of Colorado’s overall budget. When Alaska officials slashed the University of Alaska Anchorage’s budget, the cut had a much larger impact, as state funding makes up more than 40% of that system’s budget. Those budget cuts triggered the elimination of 40 academic programs.

Markel sees the downturn as temporary. “COVID-19 is everyone’s challenge. Once we get through this challenging year, we will be well positioned to survive and thrive,” Markel said.

“It is a good time to revisit how our programs are working and look at opportunities. Part of the challenge is to be good stewards of the university’s resources. We will probably need community participation if we want to start new programs, so there will need to be new ways of building capacity of the College of Business.”

Markel said she was drawn to UCCS because of its similarity to University of Alaska Anchorage; both schools draw most of their student body from nearby. While at the Alaska business school, she led its academic programs and the Institute of Social and Economics Research, overseeing 75 full-time faculty and staff in a college with 1,200 students, while UCCS business school has 70 full-time faculty and staff with 1,600 students.

“One of the things that drew me here is there was already a healthy level of engagement. That resonated with me because that is what I like to do,” Markel said.

“I had planned a town hall meeting with the college, but we instead did a Webex meeting with the faculty and staff. It will be a challenge delivering classes and programs in the fall. It is a work in progress as we figure that out during the current state of operations.”

Despite social distancing and other requirements to slow the spread of the pandemic, Markel still hopes to connect with Colorado Springs area business leaders, including the business school’s advisory board. She wants to meet with local business groups as they resume meeting in person to determine how well College of Business programs are meeting employer needs and preparing graduates for the types of jobs that will be available in the next five to 10 years.

“The Colorado Springs area is growing, and I want the College of Business to be proactive in how it helps the community grow and whether the skillsets we develop fit the needs of the community,” Markel said.

“We have developed new programs in cybersecurity and have special programs in sports management and golf management that are responsive to Colorado Springs being the Olympic city. By collaborating with the faculty, staff and community, we may find other opportunities.”

Markel grew up in the Buffalo, N.Y., area, the daughter of a lawyer and a teacher. She credits her interest in higher education to her favorite aunt, who was a French professor at the University of Connecticut’s Hartford campus. Her influence “resonated very well,” she said, though Markel didn’t start out in academia. After graduating from Washington University in St. Louis with a business degree, she was hired by Anderson Consulting (now Accenture) in Chicago as a management consultant and trainer; a few years later she returned to Buffalo to get a master’s degree in sociology. Markel wanted to learn more about how people worked, and that interest “excited me to think about getting a Ph.D.” She received a doctoral degree in social science with a focus on human resource management and labor relations from Michigan State University.

“I feel fortunate to work in academia, where I can ask questions and have lifelong learning. When you engage with students, they challenge you as well,” Markel said.

“Having an impact is what motivates me. Whether I’m mentoring a staff member or a student, making sure my work is making a difference and having an impact is important to me. I try to be forward-looking and thinking because even in these challenging times, there are opportunities.”

Markel spent most of her academic career at Oakland University near Detroit, starting as a visiting assistant professor and ending as chair of the Department of Management and Marketing in the business school during the 16 years she spent there. She also had been director of strategic initiatives and business programs to improve the university’s academic advising and placement; as a faculty fellow, she developed a new post-doctoral multicultural program.

Michelle Piskulich, interim provost at Oakland University, said Markel’s greatest strength was “bringing groups together to find a solution. She worked off and on with our office on a project (to create a fellowship program in diversity) for a year or so, and was willing to think about how to achieve the goal (of expanding the university’s diversity programs). She never lost sight of coming up with a workable solution.”

The chance to become dean of a business school led Markel to University of Alaska Anchorage, where she resurrected its community advisory board, created a master’s degree program in public policy and started a new program in partnership with the university’s engineering school for native Alaskans in science and engineering careers. She also co-chaired the university’s search committee for its first chief diversity officer.

Joe Zimmermann, who chaired the advisory board Markel created, said she was “very interested in building a relationship with the business community. I’m sure she will do the same thing in Colorado Springs. Before she arrived, the College of Business and Public Policy was very insulated, and she changed that in short order. She has helped the college to produce the graduates we need in the business community.”

“I feel with each new role, I have had an impact. Starting as a young faculty member helping to shape the human resource management program, then helping develop programs with a broader reach and recruiting new faculty, there has always been continual progress,” Markel said.

“When you hear a former student years afterwards tell you how a program helped shape their success, that is really powerful and why we are here.”

What: YouTube Live meeting with Karen Markel, new dean of the University of Colorado at Colorado Springs College of Business

Details: Markel will be introduced by UCCS Chancellor Venkat Reddy and UCCS Provost Tom Christensen, followed by her first live address to faculty, staff, students, alumni and the business community. A short question-and-answer session will follow.

In preparation for the fall semester in the age of COVID-19, entering full-time freshmen and transfer students at the University of Colorado a…