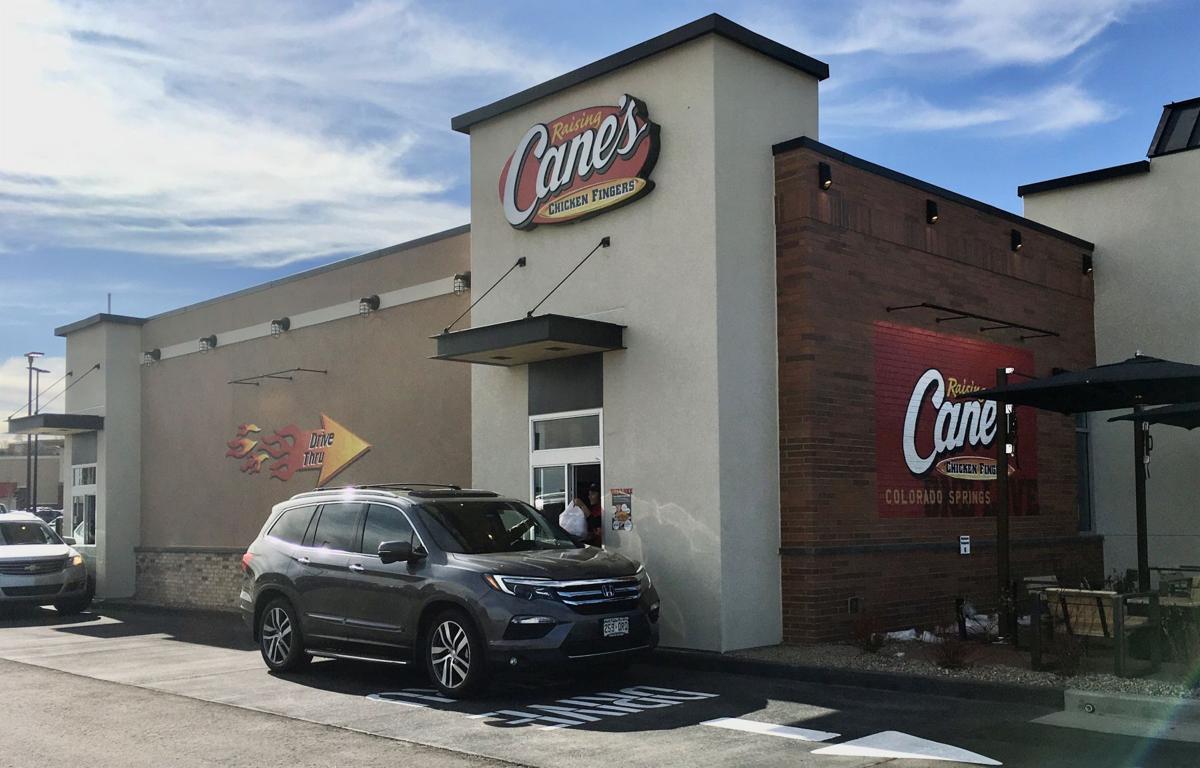 Raising Cane’s Chicken Fingers opened its second Springs location in November southwest of Powers Boulevard and Barnes Road. The chain will open its third site in February northwest of I-25 and Garden of the Gods Road. 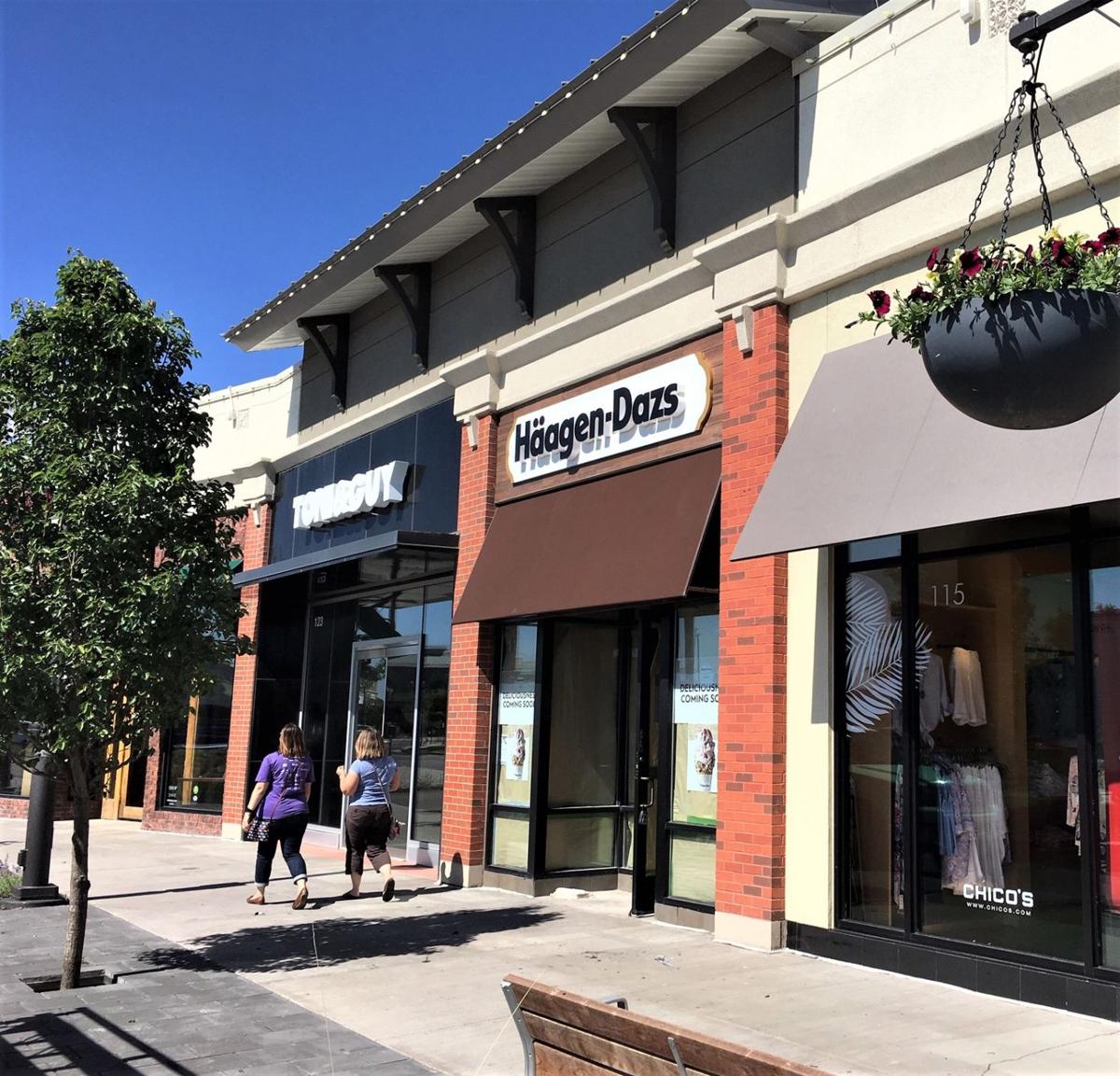 Häagen-Dazs opened its first Colorado Springs retail store last year at the Promenade Shops at Briargate on the city’s north side.

Raising Cane’s Chicken Fingers opened its second Springs location in November southwest of Powers Boulevard and Barnes Road. The chain will open its third site in February northwest of I-25 and Garden of the Gods Road.

Häagen-Dazs opened its first Colorado Springs retail store last year at the Promenade Shops at Briargate on the city’s north side.

Retailers and restaurants made big moves in Colorado Springs in 2019. Here are some new additions and changes you might have missed.

COME ON DOWN: NEW ARRIVALS TO THE PIKES PEAK REGION

• Raising Cane's Chicken Fingers, the Louisiana-based chain, hasn't wasted time in Colorado Springs. It opened its first location in May at Academy Boulevard and Agora Court and followed with a second restaurant in November at Powers Boulevard and Barnes Road. Now, Raising Cane's plans to open a third store Feb. 18 northwest of Interstate 25 and Garden of the Gods Road.

• Häagen-Dazs ice cream can be found in most groceries, but now is available at the Springs' first brick-and-mortar store, which opened in July at the Promenade Shops at Briargate, southeast of Briargate and Voyager parkways.

• Colorado Ranch Market, a more conventional grocery with a larger assortment of recognizable brands, opened in December and replaced the no-frills Save-A-Lot store on North Academy Boulevard. Both grocery brands are operated by a Franktown company.

• Wooglin’s Deli & Cafe closed its longtime location in November at 823 N. Tejon St. to make way for a new Colorado College arena, but it reopened in December at Barnes Road and Oro Blanco Drive. After the arena opens in 2021, Wooglin’s will return to a new space inside that venue, while retaining its second location at Barnes and Oro Blanco.

• Short Stop Deluxe Burgers reopened a permanent location in August at 5819 Palmer Park Blvd., in the parking lot of the Powers Centre shopping center southeast of Powers and Palmer Park boulevards. The longtime Springs burger joint had moved from Platte Avenue and Circle Drive after several buildings at the corner were razed to make way for a CVS Pharmacy.

• Other changes in 2019 by existing stores and restaurants include: Joey's Pizza, a north side New York-style eatery, added a location at 227 S. 8th St.; Ross Dress for Less closed a store at Academy and Union boulevards and reopened it at Academy and Austin Bluffs Parkway; La-Z-Boy, with a location on North Academy Boulevard, added a second furniture store at Powers Boulevard and North Carefree Circle; CVS, the Rhode Island-based pharmacy chain, opened its third Springs bricks-and-mortar store at Platte Avenue and Circle Drive; the Skirted Heifer hamburger restaurant in downtown expanded to southeast of Powers and Dublin boulevards; the owners of Salsa Brava Fresh Mexican Grill at 9420 Briar Village Point converted the restaurant into an Urban Egg, A Daytime Eatery; Natural Grocers, the Lakewood-based natural foods and health conscious grocery chain, added a store in Woodland Park; and Captain D's Seafood Kitchen opened a new restaurant northwest of Powers and Barnes Road, the first new Captain's D's in the state in almost 25 years.

15 Colorado Springs stores and restaurants that closed in 2019

Colorado Springs' retail landscape saw its share of closings in 2019.