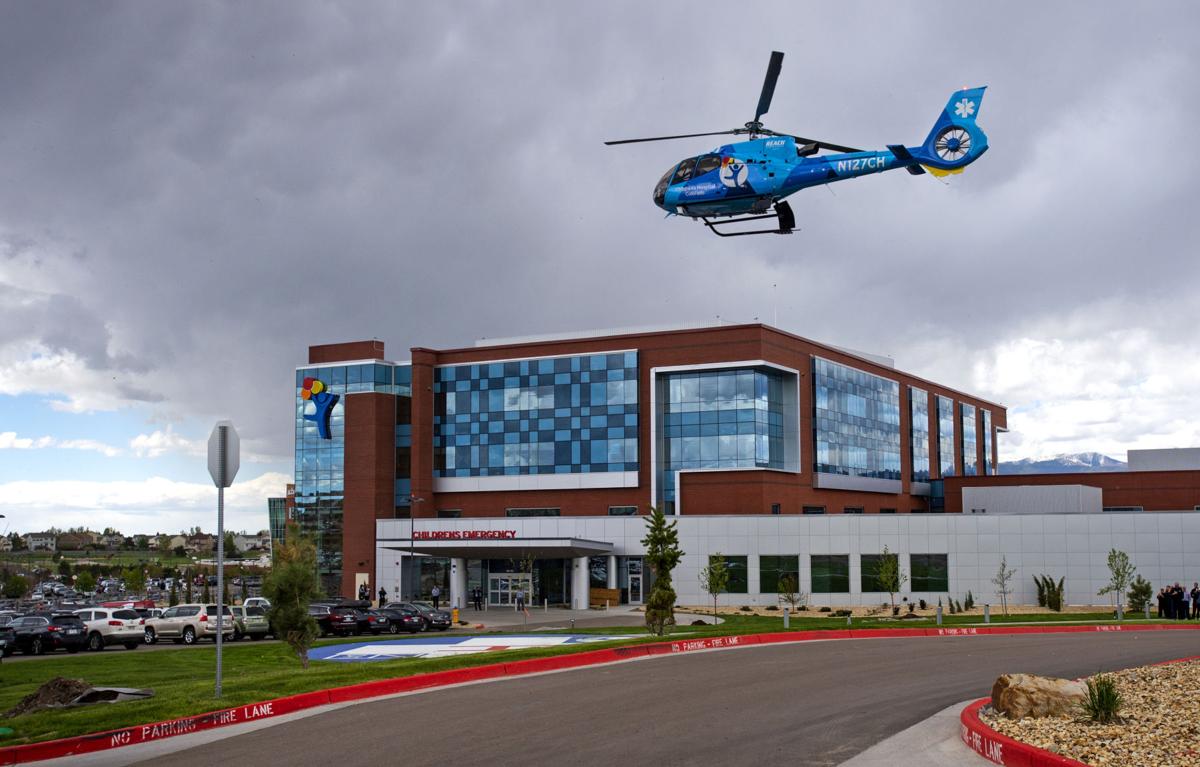 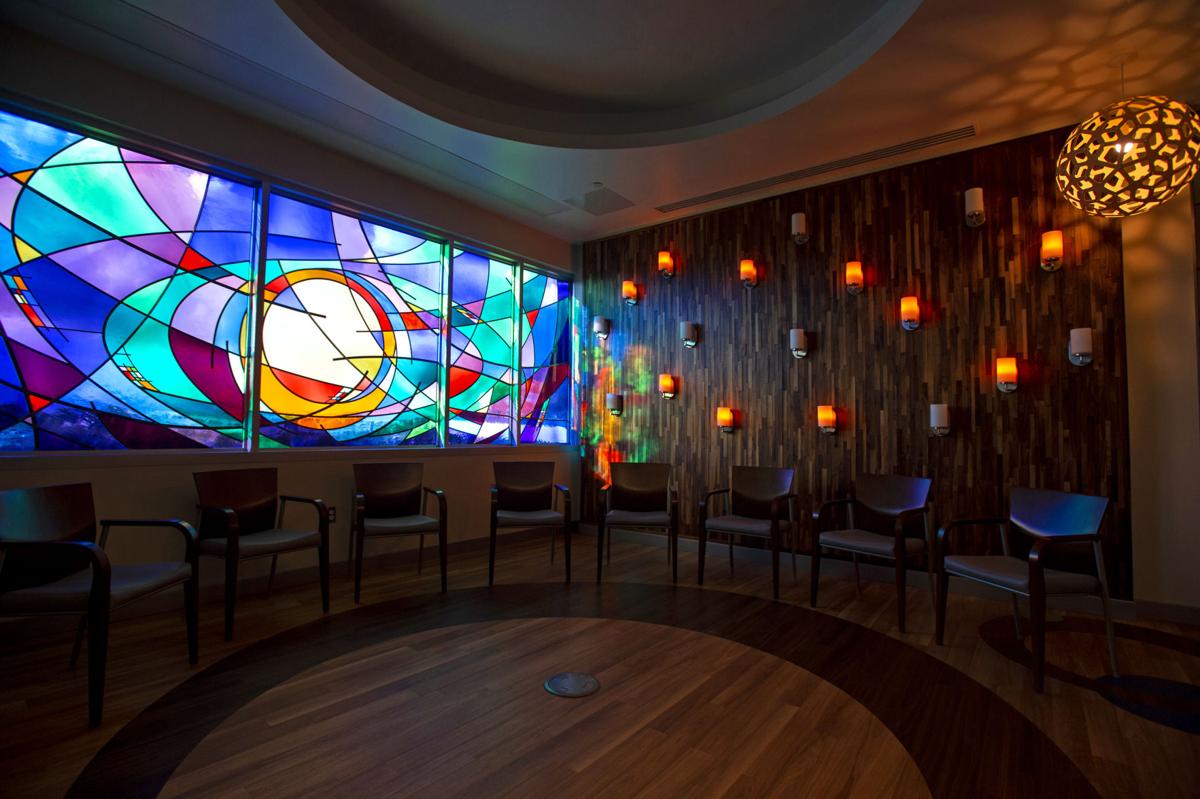 Sun shines in through a stained glass window and dimmed lights shine on the wall of the chapel in the new Children's Hospital. 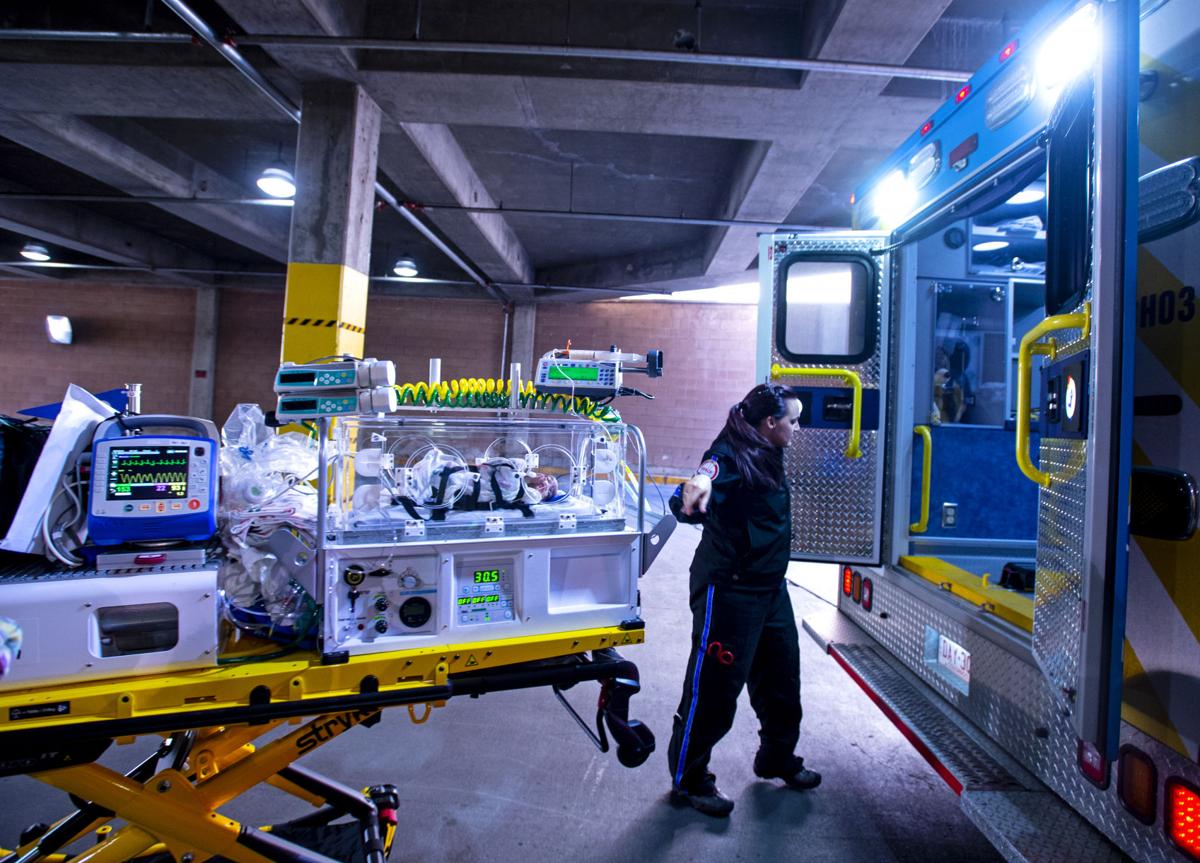 Sun shines in through a stained glass window and dimmed lights shine on the wall of the chapel in the new Children's Hospital.

Children's Hospital has attracted more patients than expected to its new Colorado Springs hospital during its first month of operation and is expected to be near capacity later in the year, the new hospital's executives said.

Occupancy has averaged between 60% and 65% of the available beds — 54 patients a day in the first month — as the 294,000-square-foot hospital ramped up to its formal grand opening on Wednesday, said Greg Raymond, chief operating officer of Children's southern Colorado operations. Children's also saw 1,170 patients in the emergency department and completed 400 surgeries in the first month of operation. The hospital is expected to approach full occupancy during the fall and winter, when respiratory viruses are at their peak, he said.

Children's Hospital opens to two thumbs up: A 'game changer' for Colorado Springs

"The first day for patients (May 28) went like clockwork in transferring patients to the new hospital. All of our preparations and mock drills couldn't have gone better," Raymond said. "Since then, our actual experience as part of our phased opening has surpassed our expectations. We did two emergency surgeries within six hours of opening. We were prepared for that, but not expecting it."

On its first day of operation, Children's moved about 30 pediatric patients from UCHealth Memorial Hospital Central to the new hospital — mostly from the neonatal intensive care unit. The hospital also completed two emergency surgeries and treated 29 patients that day in its emergency department. Since then, the hospital has ramped up operations in its neonatal and pediatric intensive care units, emergency department and operating rooms, and phased in outpatient units for infusion, oncology, hematology, radiology and sleep studies.

The hospital, located on UCHealth Memorial Hospital North's campus and connected by a series of hallways to Memorial North, celebrates its grand opening Wednesday morning. Children's Colorado broke ground on the hospital in late 2016 after 15 years of serving Colorado Springs-area patients through outpatient clinics and a series of partnerships with UCHealth Memorial Hospital. In recent years, Children's has operated pediatric services for the Memorial, a relationship that has continued after Children's opened.

"The community has needed a dedicated pediatric hospital and that investment (by Children's) has been a real blessing. They can do almost everything but open-heart surgery and transplants there," Yuhas said. "These moves have created space for adult medical-surgical beds. Those services grew 19% in the 2017-18 fiscal year and we had another year of growth in the fiscal year since (ended June 30). More capacity is needed at this hospital since we are 95% full in the medical-surgical unit."

Memorial Central will convert the former 33-bed inpatient pediatric unit into 25 additional beds for adult medical-surgical patients, and is renovating other space freed up by the move for office space for 20 new physicians it has added, Yuhas said. Memorial North closed its four-bed neonatal intensive care unit when Children's opened and is converting that space and other space in its East Tower to 25 additional medical-surgical beds on that campus. Memorial North shifted its postpartum and labor-and-delivery units from the East Tower to an addition that opened in February, he said. The cost of renovating the two hospitals is expected to total more than $10 million.

Children's new hospital employs 700 people, many of whom came from the neonatal and pediatric intensive care units and other units Children's operated at Memorial Central, generating a $42 million annual payroll. More than 300 new employees were hired for the new hospital with about 10% coming from out of state. Children's will continue to operate the 64-bed neonatal intensive care unit at Memorial Central, which remains open to serve patients from southern Colorado Springs and the rest of southern Colorado. Children's also employs about 200 at outpatient clinics on Printers Parkway and on Briargate Parkway across from the hospital, and 200 more doctors and medical specialists also work at but are not employed by the hospital.

Children's opened with 111 beds with 75% dedicated to neonatal and pediatric intensive care units for patients with the most acute medical conditions, and was built with expansion in mind. The facility includes unfinished space to add 12 medical-surgical beds, 16 recovery rooms, three operating rooms, nine emergency department exam rooms and one emergency department trauma room. Children's new facility is the only hospital in southern Colorado with dedicated emergency behavioral health beds, helping to address a worsening shortage of such services.

“Children’s Hospital Colorado is fulfilling a unique need in our community — one that is particularly close to my heart,” said retired Lt. Gen. Mike Gould, CEO of the U.S. Air Force Academy Endowment and a member of Children's Southern Colorado Advisory Committee. “As a grandfather of a 6-year-old Children’s Colorado patient and veteran who served more than 38 years in the Air Force, I am deeply grateful to see the hospital serve military families who make up a large portion of Colorado Springs.”

Margaret Sabin, president of Children's southern Colorado operations, said the response so far from inpatient admissions and use of outpatient services shows the need for the beds and services in the new hospital. Some of that demand comes from a special Department of Defense program that assigns service members whose children need such specialized pediatric services to bases where such services are available, a designation the five bases in Colorado Springs have held since 2012, when Children's opened its nearby outpatient facility.

Local donors responded to the new hospital with the 740 people attending an April gala before the opening and donating more than $1 million to Children's Hospital Colorado Foundation, with additional gifts still coming in. Those funds will be used for construction of the hospital and local programs for patient care, education, research and advocacy. The foundation also received $5.6 million for the building fund of the new hospital — including grants from the John and Margot Lane Foundation, the El Pomar Foundation, the Colorado Health Access Fund of The Denver Foundation and The Chapman Foundation.

Sabin said those donations show that "people want to be part of the future of Children's (Hospital) and there is a clinical need for our services in Colorado Springs."

"This facility ensures we can deliver on what is expected from a pediatric hospital that is ranked among the nation's best. We have positioned this hospital to offer high-quality and safe pediatric care for all of southern Colorado, Raymond said. "We also plan to (soon) begin educational efforts in the community about the potential of our clinical programs, such as when it is appropriate to use emergency care versus urgent care and accessing pediatric specialists for routine and specialized care."

A summary of what's include in the 294,000-square-foot Children's Hospital in Colorado Springs:

• 5 extended-stay beds (for patients after surgery)

Children's Hospital Colorado recently named 13 people to its Southern Colorado Advisory Committee, which will advise the board of directors of Children's Colorado on oversight and operation of its new hospital in Colorado Springs. The members are:

• Margaret Sabin, president of Children's southern Colorado operations and chair of the advisory board.

• Pam Shockley-Zalaback, president of CommuniCon and former chancellor of the University of Colorado at Colorado Springs

The second twin of the first patients admitted to Children’s Hospital Colorado on May 28 was sent home Wednesday.