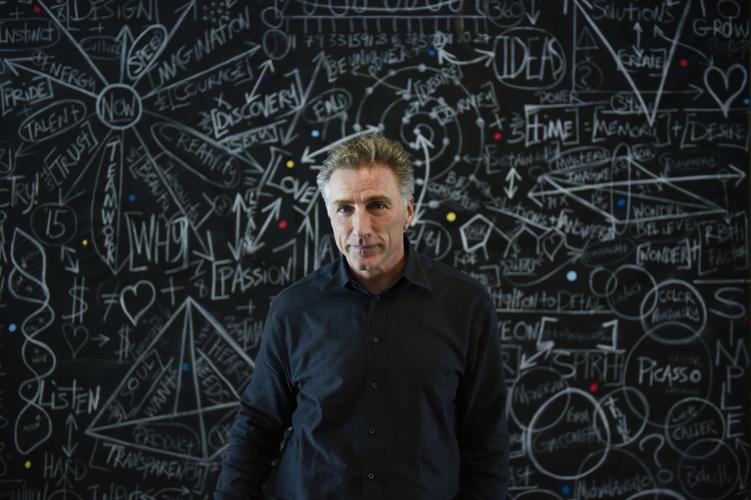 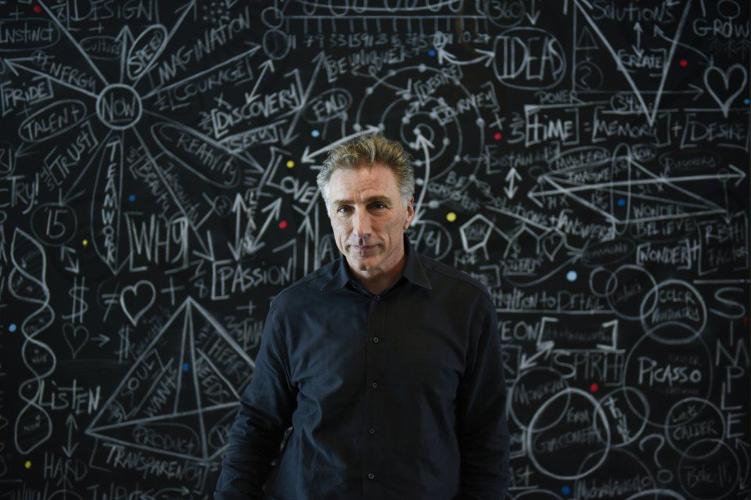 Since Bracken Darrell took over Logitech International four years ago, the company's stock has quadrupled on robust sales of snazzy PC accessories that complement products by the likes of Apple, Microsoft, Amazon, and Google.

As Darrell plots his next move, those heavyweights are starting to look more like competitors than partners. Darrell's goal: Tying together TVs, appliances and voice-controlled devices - an area many of the globe's biggest tech companies are trying to crack.

"They want to be at the center of connected homes but you've got to sleep with one eye open" because erstwhile allies may well become rivals, said IDC analyst Jonathan Gaw.

Darrell insists the new strategy won't be a dramatic change from the way Logitech has long operated. Its keyboards, wireless mice, and neighborhood-rattling speakers have always fit into the larger PC market, and in newer, faster-growing categories, Darrell has sought to make his offerings work with those of tech giants. Logitech's UE Boom speakers understand Apple's Siri and Google Now, its remotes use Amazon's Alexa to control everything from TVs to lights and heating, and its accessories can turn iPads into mini-laptops.

Even as he pushes deeper into the smart home, Darrell says Logitech can find niches that will be profitable without raising the ire of the industry's leaders.

"There's no way these big players are going to want to be in every little puddle around their operating systems," says Darrell, 55, slouched in an Eames-inspired chair in Logitech's "Innovation Center" at the Ecole Polytechnique Federale de Lausanne, a top Swiss technical university with long ties to the company. "We've always been in categories where the big players are."

To fund that strategy, Darrell aims to wring maximum profits from his PC mouse and keyboard business, which racks up sales of almost $1 billion a year with gross margins approaching 50 percent. That will let him enter new areas such as voice-controlled devices, video collaboration, and augmented-reality games. Investors got an outlook for the fiscal year that starts in April at a meeting with Logitech management March 7 in New York.

Tavis McCourt, an analyst at Raymond James in Nashville, praises Darrell for turning around a company that was "really struggling to define what it was." McCourt says he expects Logitech to develop keyboards for internet-connected TVs and a device that might take voice commands for home automation, like Amazon's Echo and Google's Home.

The big hitters have a massive advantage over Logitech, which has historically been better at commercializing others' inventions than developing its own. Logitech, whose revenue is forecast to reach $2.2 billion this year, devotes less than $150 million annually to research and development. Microsoft last year spent about $12 billion, Google $14 billion, and Amazon $16 billion.

That could make it tough for Logitech to build products with enough sophistication to command premium prices, said Torsten Sauter, head of Swiss Research at broker Kepler Cheuvreux.

"The smart home looks difficult" for Logitech to crack, Sauter said. "They have no software, no ecosystem. Logitech is much more a design company than a tech company."

Darrell joined Logitech after four years at Whirlpool and stints at General Electric Co. and Procter & Gamble Co., where he ran Braun, the German maker of high-design shavers and clocks. His predecessor had been ousted in 2011 after profit cuts and a $34 million writedown for the Revue, a keyboard for Google TV. Darrell says the company had lost its focus on design.

"We had let our products slip and were just making black plastic," Darrell said.

While revenue was largely flat in Darrel's first three years as he focused on cutting costs and shutting down or selling less-profitable businesses, retail sales this year are expected to grow at least 12 percent excluding currency fluctuations. More important, profit has more than tripled under Darrell.

Darrell says he can succeed by stressing design and marketing to create hits like the UE Boom speakers, as well as novelties such as a "silent" mouse and a wireless dock for phones that lets users toggle between typing on their PC screen and smartphone.

And Logitech has a long tradition of buying its way into new categories. The company in 2008 purchased Ultimate Ears, now its UE division, which represents 15 percent of Logitech's sales and is growing at 25 percent annually. Last year, Darrell paid $50 million for Jaybird, a Utah startup that makes wireless headphones for runners, and he agreed to buy Saitek, a maker of mock steering wheels and airplane sticks for gamers, for $13 million.