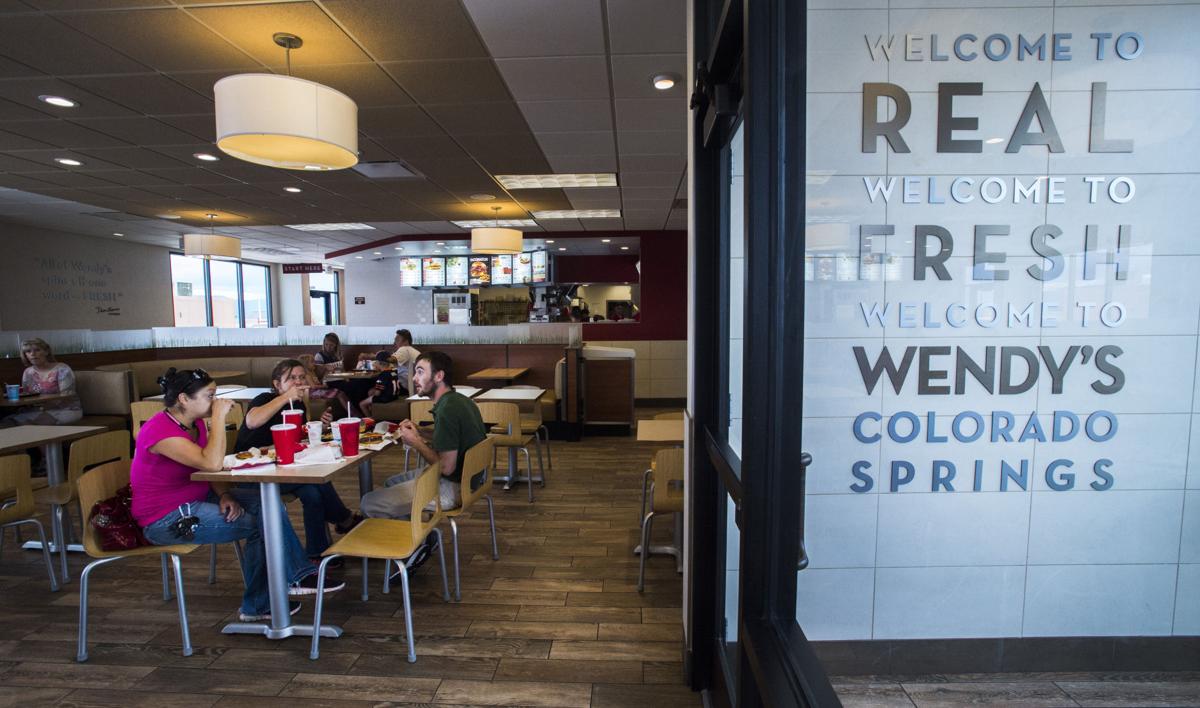 Customers eat a meal in 2016 in Wendy’s on North Academy Boulevard near the Chapel Hills Mall. (The Gazette, Christian Murdock) 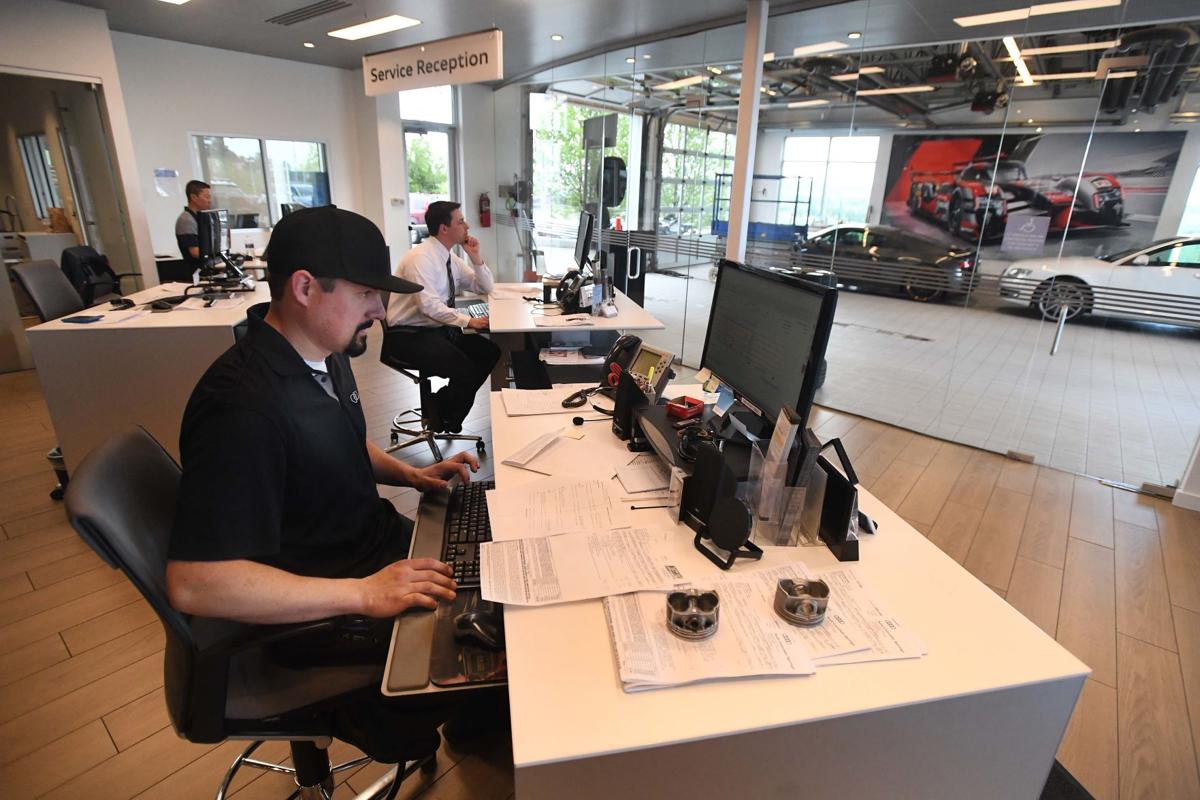 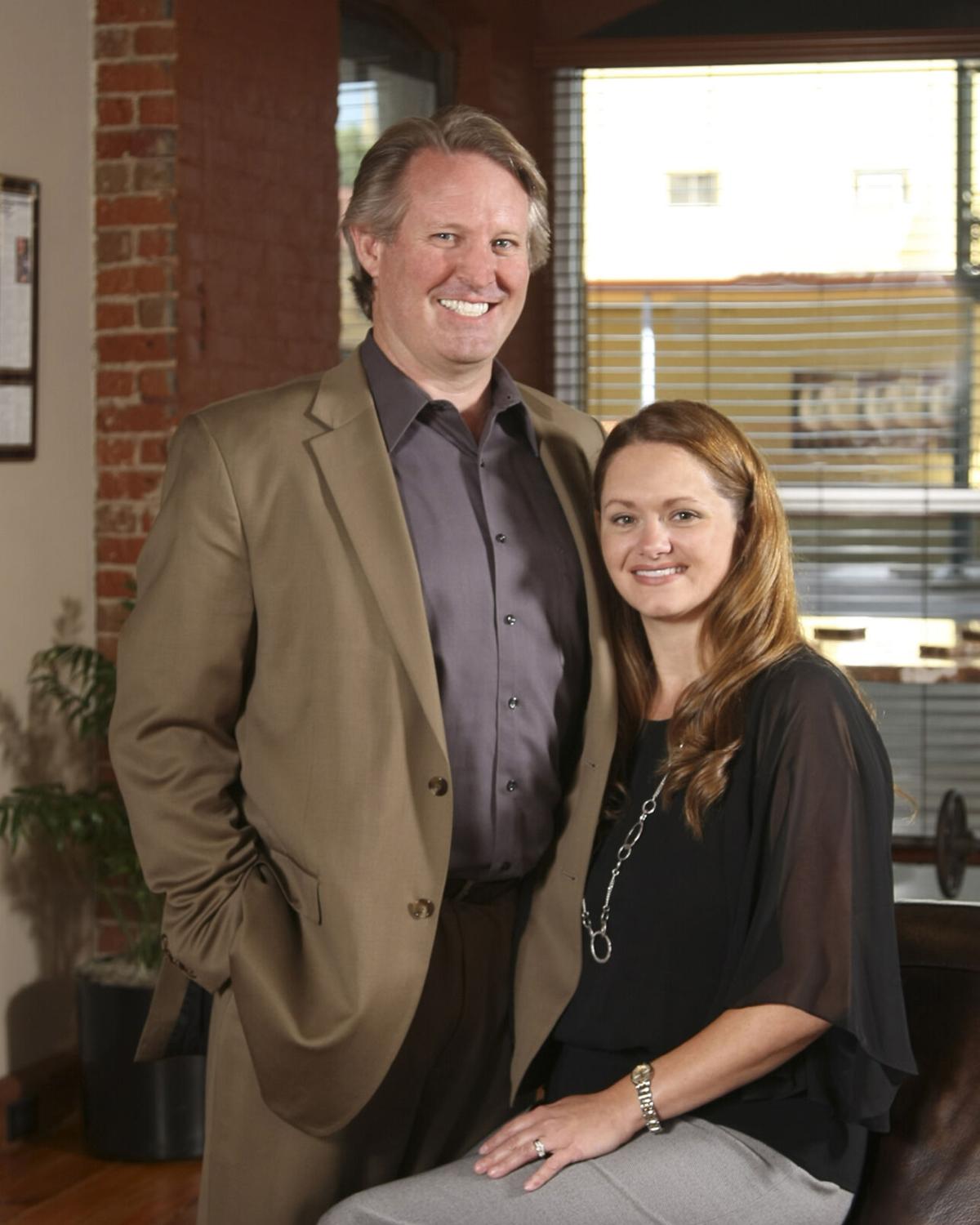 Trevor and Tarah Dierdorff own Amnet Computer and Network Services in Colorado Springs. The company received a Paycheck Protection Program loan of between $150,000 and $350,000 to pay its 14 employees for two months.

Customers eat a meal in 2016 in Wendy’s on North Academy Boulevard near the Chapel Hills Mall. (The Gazette, Christian Murdock)

Trevor and Tarah Dierdorff own Amnet Computer and Network Services in Colorado Springs. The company received a Paycheck Protection Program loan of between $150,000 and $350,000 to pay its 14 employees for two months.

• Phil Long Dealerships, with 19 locations in Colorado and New Mexico employing more than 1,000 people, received between $8.6 million and $21.7 million.

• Thirteen national governing bodies of Olympic sports based in Colorado Springs received between $8.4 million and $19.4 million.

Colorado Springs businesses and nonprofits received 8,715 loans totaling between $678.3 million and $1.26 billion under the program, which was created by legislation in March to help small businesses keep employees. The loans, which can be forgiven if 60% of the money was used for payroll, were made by banks and other lenders and guaranteed by the U.S. Small Business Administration.

Statewide, the agency guaranteed 104,665 loans totaling $10.3 billion, and nationwide, it guaranteed nearly 5 million loans for $517.4 billion. The database indicated the loans helped recipients retain 92,619 employees, but those numbers might not be accurate since 1,500 borrowers said they didn't retain any jobs or didn't provide employment data. Dan Nordberg, the SBA's regional administrator in Denver, said those numbers reflect how many people borrowers employed when they applied for the loans; they will have to document how many employees the loan allowed borrowers to retain when they seek forgiveness.

The pitfalls of PPP in Colorado: How a billion-dollar program went off the rails

The database released by the agency for the largest individual loans, those between $150,000 and $10 million, were listed in broad ranges rather than exact dollar amounts, but the data does identify borrowers. A database of loans of less than $150,000, or nearly 90% of the loans made, includes exact loan amounts, but doesn't identify individual borrowers.

The program has generated lots of debate over whether larger firms such as Wendy's, Phil Long Dealerships and national chains like Boston Market, Good Times, Shake Shack and Ruth's Chris Steak House should get help meant for small businesses. While ground rules for the program state small businesses should have 500 employees or less to be eligible, variances are granted for certain industries and "size standards vary by industry," the agency told Colorado Politics.

"I don't think that is the way this program was designed to work," said Tony Gagliardi, Colorado state director for the National Federation of Independent Business in Denver. "Phil Long is the largest Ford dealer in Colorado and to be able to own multiple dealerships and then get loans for each location, or for Wendy's to get loans for each franchise location. There are a lot of questions and a lot of small businesses want some answers and changes in the program, such as ceilings and caps."

Gagliardi doesn't blame Wendy's, Phil Long or any other large business that received a loan through the program but wants to see changes if the program is extended through the next round of coronavirus relief now being debated in Congress.

List of more than 13,000 PPP loans made to Colorado businesses shows where big dollars went

"I'm not going to fault anybody who applied," Gagliardi said. "Car dealers employ a lot of people, the loans were available, they applied and got them. If people got them and shouldn't have, that is something to be changed in the next round" of federal help.

Kevin Shaughnessy, vice president of operations for Phil Long Dealerships, said the Colorado Springs-based company "followed the prescribed formula for what we were eligible to receive, which equaled 2½ months of payroll for our 19 different entities, which include car dealerships, a collision center, a commercial real estate arm and a philanthropic arm. All are individual limited liability companies and each have different partners."

He declined to reveal the amount of PPP loans the company received, but said the loans helped Phil Long recall by early May all employees it had furloughed in late March and early April due to revenue declines triggered by the COVID-19 pandemic. He said the dealership group experienced a "pretty significant drop in revenue" during March and April, which has since mostly recovered. To keep employees busy, the company gave away 3,500 free oil changes for essential workers.

"This program changed our behavior as the program was designed," Shaughnessy said. "Typically, we staff to need. That equation went our the window with the coronavirus. We hired people back without regard to need and found ways to drive business to keep our people busy. We were overstaffed, so we had to find ways to serve more customers. That was a good thing."

Calls made to Wendy's of Colorado Springs were not returned. The 11 loans went to Wendy's franchises in Colorado, Arizona and New Mexico, as well as Golden Corral locations, Amanda's Cantina in Colorado Springs and several restaurants in Hawaii, all listing the same address on Academy Boulevard. The database said the loans will retain nearly 2,800 employees.

Nordberg, the SBA administrator, said borrowers were asked to "self-certify" in their application that they were eligible for the program and could demonstrate an economic need for the loans. The applications had to be reviewed by lenders before approval. He said the database reflects loan approvals, rather than disbursements, so some borrowers may have chosen not to accept the loans after they were approved. He said the agency will review eligibility before granting loan forgiveness and will review all loans of more than $2 million.

"This program was one of the largest economic recovery programs in our nation's history and was put together in a short amount of time. There is no question that there were hiccups along the way but the overall effort has been very encouraging," Nordberg said. "We've heard from countless business who have expressed gratitude for helping keep their employees on payroll so they can continue serving our communities. I'm encouraged that the program has worked and provided a great deal of assistance in a time of great need."

The 13 national governing bodies are basketball, bobsled, boxing, cycling, fencing, field hockey, figure skating, hockey, shooting, swimming, triathlon, volleyball and wrestling. Hockey and volleyball got the largest loans at $2 million to $5 million, while cycling and swimming each received between $1 million and $2 million. They were among 133 nonprofits and six professional associations, including Junior Achievement, the YMCA of the Pikes Peak Region, several Christian ministries and 18 churches that got loans of more than $150,000. Another 302 nonprofits and 34 professional associations received loans of less than $150,000.

Of the five largest recipients of PPP loans in the Colorado Springs area, those receiving between $5 million and $10 million, Mortgage Solutions and Cobb Mechanical Contractors declined comment and Apogee Engineering didn't respond to a phone call seeking comment. Colorado Springs-based mental health provider AspenPointe said it received $6.2 million, which helped the nonprofit keep all 467 employees on its payroll.

"It sure gave us the runway to make decisions and see how things pan out in the long term," said Kevin Light, AspenPointe's chief financial officer. "We went from being a brick and mortar provider to virtual in two days. This program allowed us to do that without reducing employees even though we lost 25% of our revenue from fee-for-service in the past three months. It gave us the runway to make the necessary business decisions."

Nearly $6 billion in coronavirus loans made to Colorado businesses

Colorado Springs information Technology provider Amnet Computer and Network Services is a typical borrower. The company received between $150,000 and $350,000 to keep its 14 employees on the payroll for eight weeks, said co-owner Trevor Dierdorff. The company has hired another two employees since using the funds, he said.

Tarah Dierdorff, also a co-owner and chief operating officer, said the loan process was "like the money fell into our lap. It was that easy. We have a great relationship with our banker and that helped. In comparison with getting a mortgage or business line of credit, this was a cakewalk."

Commercial photographer Reg Francklyn also got a small PPP loan he used to pay himself during the early days of the pandemic's spread to Colorado, when his revenue dropped by about half.

"During the first month, people stopped doing anything. I had a few jobs, but my revenue was down about 50%. The loan helped keep the business going. It was a big help," he said.

Seven nonprofit leaders in Denver are among the more than 500 nationwide who are asking the U.S. Census Bureau to refrain from cutting short its data collecting operation by one month, as the bureau’s director announced it would earlier this week.