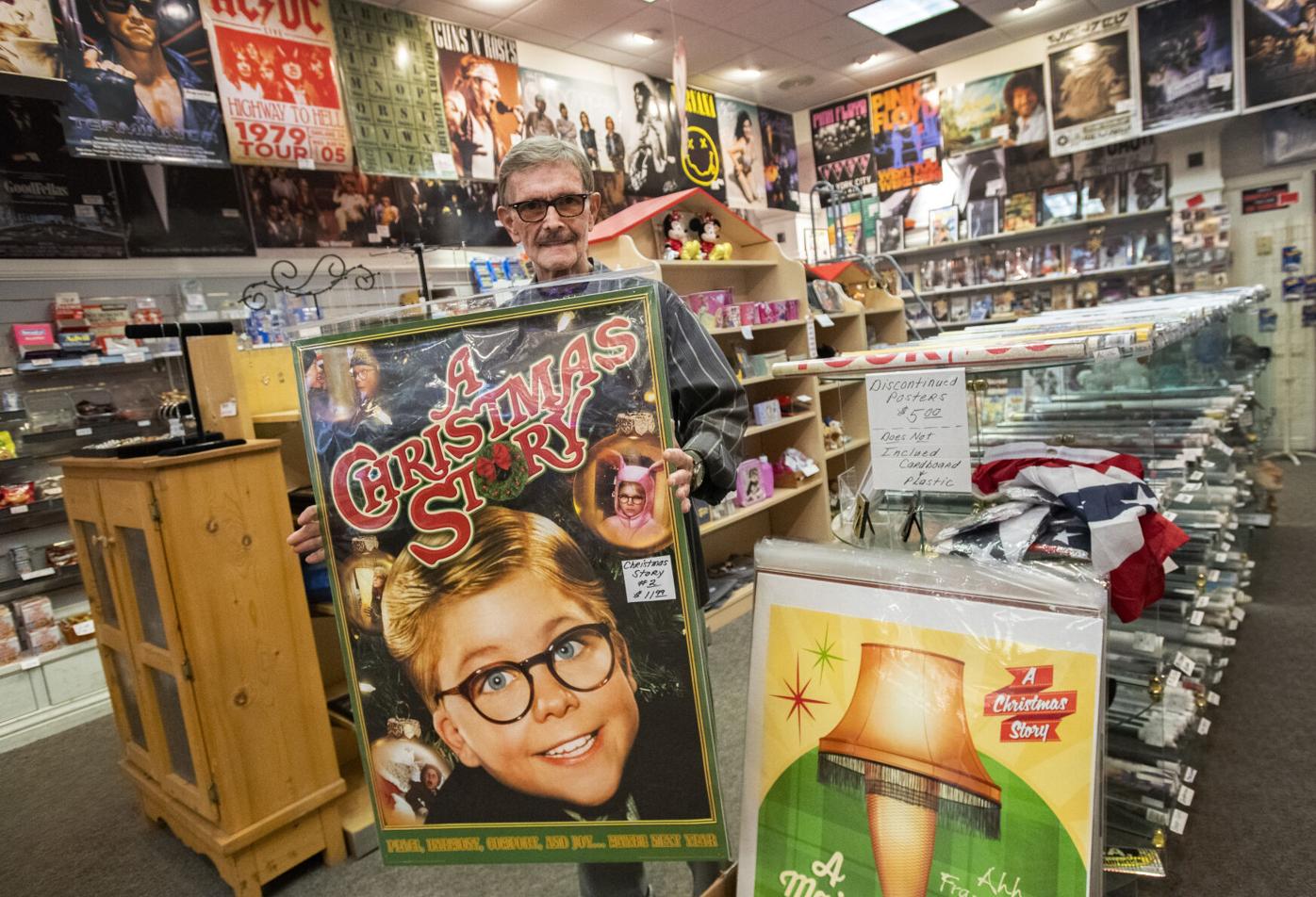 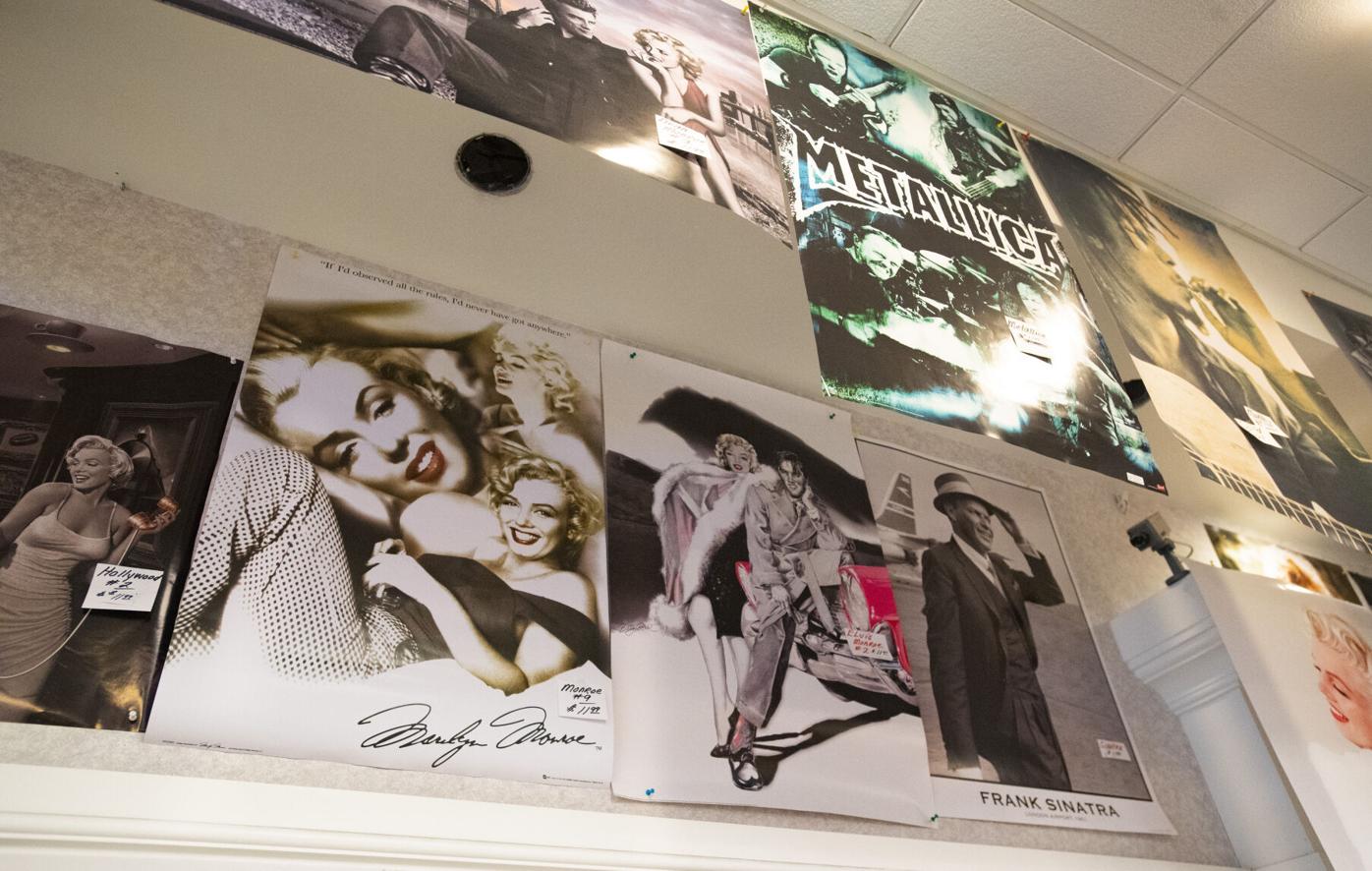 Posters of Marilyn Monroe and other stars from the past hang on the walls of Memory Lane at the Citadel Mall in Colorado Springs. (The Gazette, Christian Murdock) 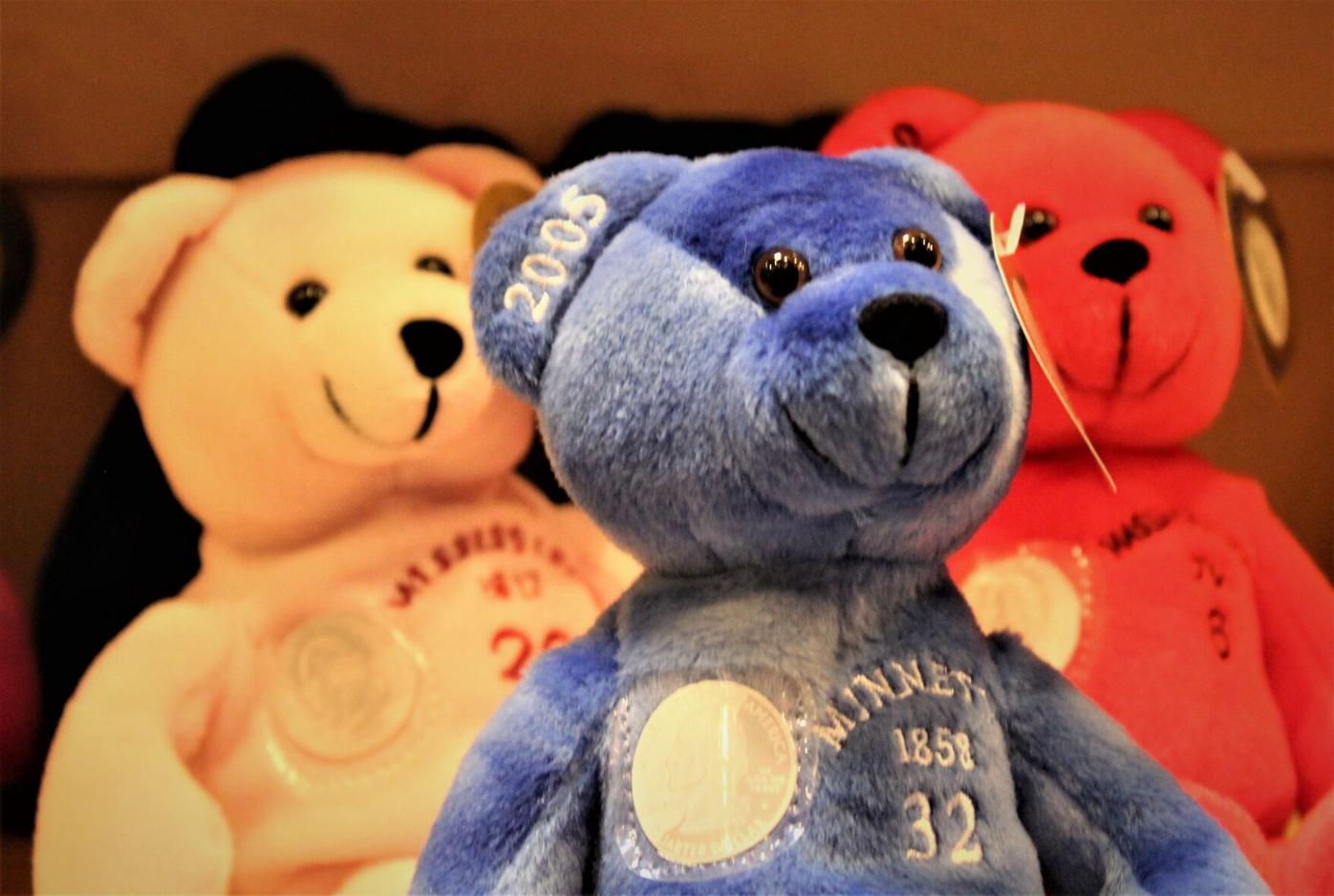 "Retired" Beanie Babies are for sale at Memory Lane at The Citadel mall. 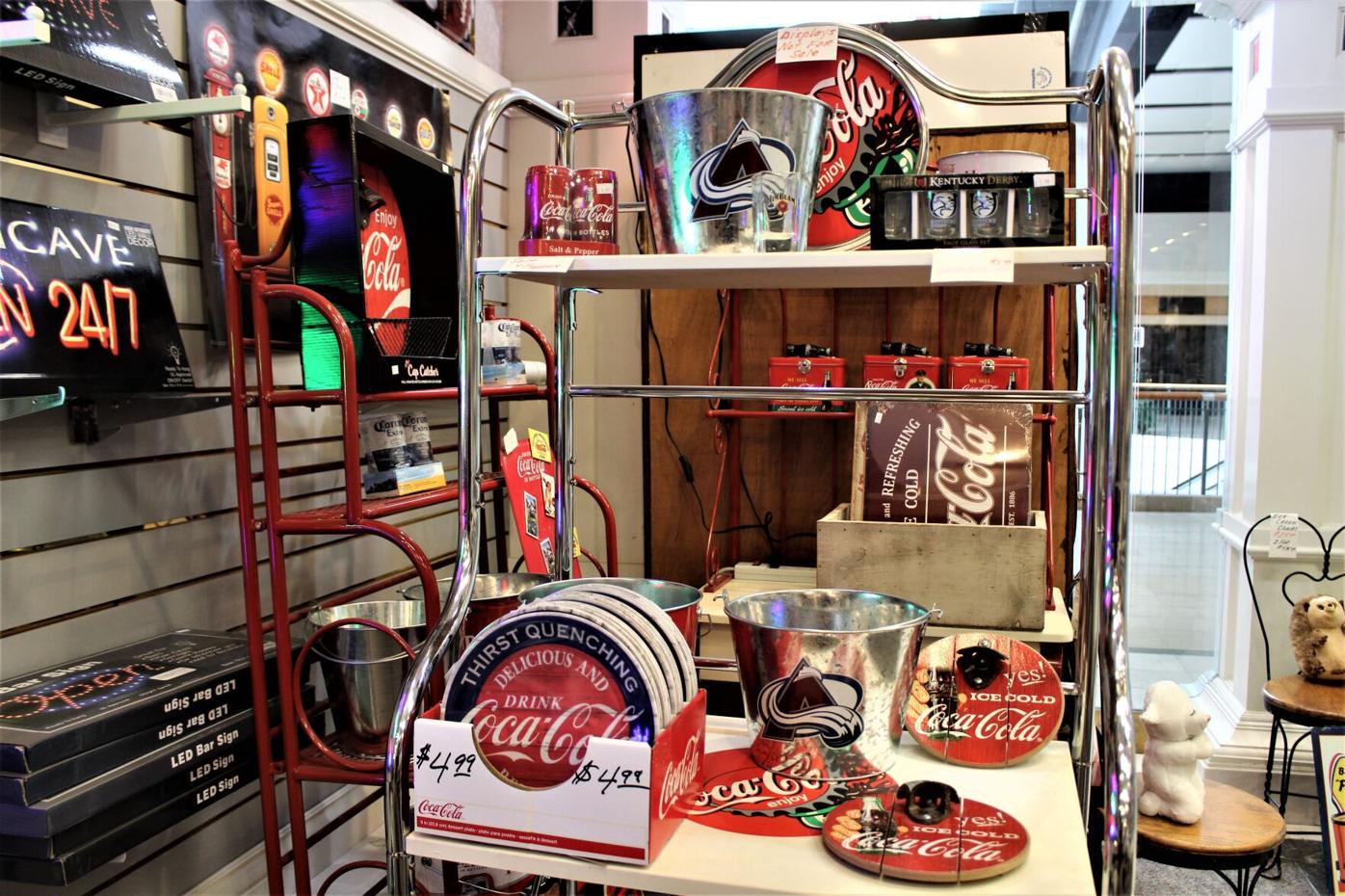 There are plenty of items at Memory Lane that could provide man cave decor. 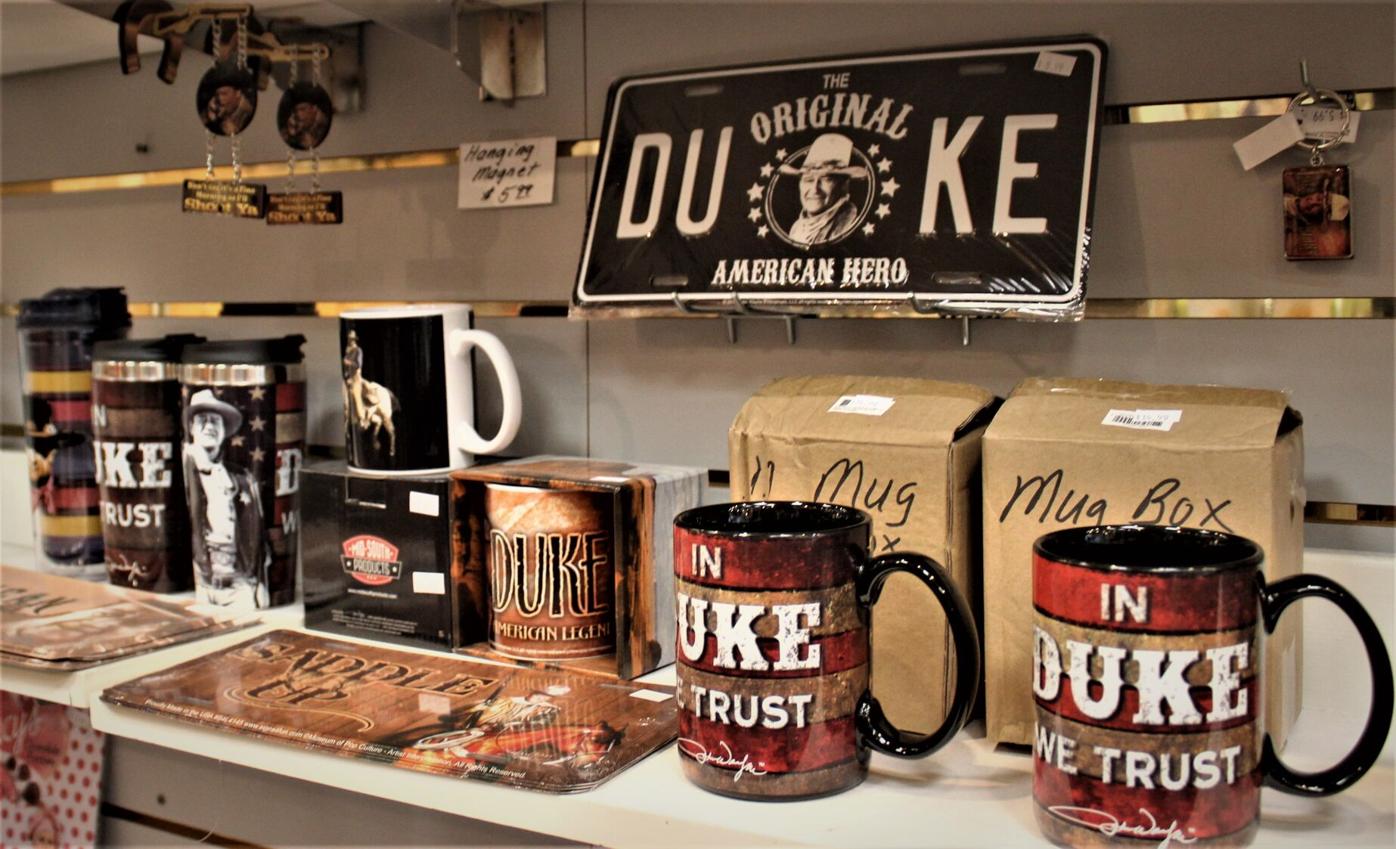 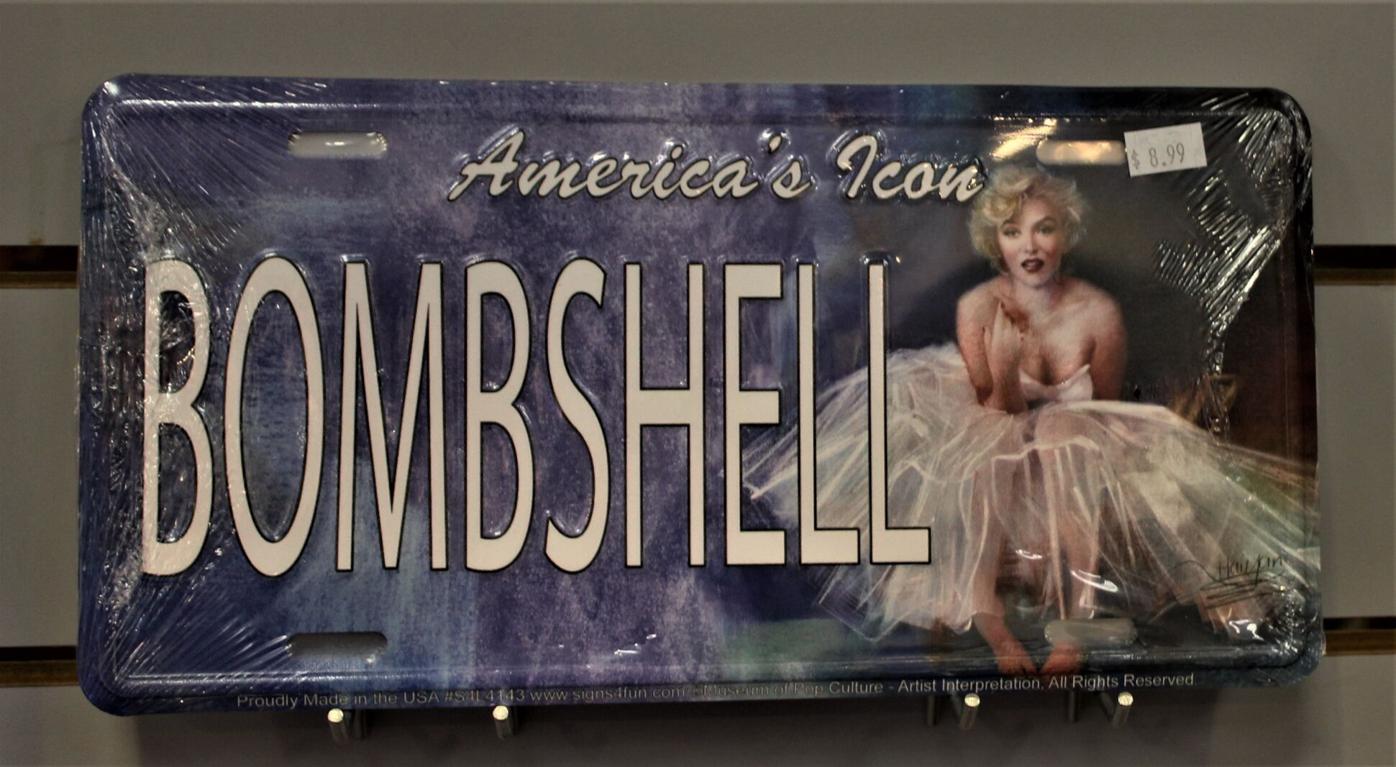 Marilyn Monroe is among iconic entertainers remembered at Memory Lane.

Marilyn Monroe is among iconic entertainers remembered at Memory Lane.

This is one in an occasional series profiling small businesses in the Pikes Peak region.

For people of a certain age, it truly is a trip down memory lane.

But the memorabilia at Memory Lane, a nostalgia-fueled store at The Citadel mall in Colorado Springs, attracts all ages, says owner Dave Steele.

And collectibles at Memory Lane — from coffee mugs to posters to figurines  — aren't all centered around long-lost celebrities. There are items to attract gearheads, sports fans, comic book collectors, music lovers and more.

"Everyone is different. Everyone has their own collection that they’re passionate about," says Darlene Aragon, store clerk and Steele's only employee — though they consider each other partners.

Steele, 78, says he's always had that entrepreneurial spirit, that desire to have his own business. But he bypassed that dream at a young age, instead going into the banking industry pretty much straight out of high school and over the years rising to a bank vice president.

That career started in Ohio. But after a brutal 1977-'78 winter in northern Ohio, he decided he wanted to go elsewhere. With the help of a head hunter, he looked at jobs in San Diego, Los Angeles and Phoenix. With the encouragement of a friend, he also looked at Colorado Springs. And while it wasn't exactly the winter escape that the other cities would have provided, he chose the Springs.

He stayed in banking for the next decade or so, then decided he'd had enough. So he pulled the plug on his 26-year banking career — and bought a bunch of vending machines.

"I went to Denver with a 26-foot truck, got 16 vending machines, brought them back and stored them in my garage," he says. Then he distributed them in various locations and took in the profits. After three years, though, he grew weary of the business and sold it.

Craft stores and antique malls were big back then, he says. So he remodeled a former furniture store on Garden of the Gods into a new business, Colorado Country Craft, featuring scores of crafters.

It was there, he says, that he learned the ins and outs of retail. After four years, he moved to the Westwind Marketplace at Garden of the Gods and Centennial Boulevard to open a more traditional store that would be a precursor to Memory Lane.

And then the mall came knocking.

He told mall officials he couldn't afford the rent, but they negotiated a deal where he would give the mall a percentage of his sales.

In October, Memory Lane celebrated 20 years at The Citadel — kind of. It started with a different name, the Gift Box, and a different location in the mall before a couple of moves and its name change.

Changing with the times

The store has seen other changes over those years, as well. A poster store at the mall closed six or seven years ago, Steele says, so he started carrying posters and those have been popular.

At times he has been at the forefront of trends; with his precursor to Memory Lane, he was one of the first retailers in town to carry Beanie Babies, which were a major fad in the 1990s; he still sells "retired" Beanie Babies at Memory Lane.

One perhaps surprising source of revenue: He sells snacks and drinks as part of a mini-convenience store within the shop; that provides about 20% of his bottom line, he says, bolstered by both customers and fellow employees who don't want to make the trek to the food court.

"I always call that our bread and butter," Aragon says, who notes the low prices for those snacks and drinks. "If they spend $3.50, people are amazed at how much they get."

Those prices are in line with the rest of the store.

"I keep my prices reasonable," Steele says. Probably the most expensive items he carries, he says, are signs reminiscent of neon signs but with LED lights; they sell for about $30.

Memory Lane is one of the longer-lived non-anchor stores at the mall; Steele has seen dozens of other small shops come and go.

"You’ve got to have your niche," he says. In his case, he looks for things no one else has. "That's kind of what I'm all about."

"I listen to my customers. If someone comes in and asks do you have this or that, if I get a couple more requests, I'll try it. ...  I’m always looking and trying different things to see what might sell."

Steele has also seen the mall undergo multiple ownership changes over two decades. Despite doomsday predictions about the future of malls, he says the vacancy rate at The Citadel hasn't changed much over those years and foot traffic is still good.

Aragon has worked with Steele since before the mall days. At Memory Lane, she has a corner she is responsible for and has filled it with trading cards, old magazines and books, comic book memorabilia and more.

Aragon does a lot of antiquing to find items for her corner. "I find it from like estate sales or I go on the hunt for these things," she says.

Steele, however, does most of his searching for inventory online. Gone, he says, are the days when sales reps would call on him; now it's just him and his Chromebook.

"I even tell people, if there’s something I don’t have and they’re looking for it, I say, go to eBay. You may be able to find it. I’m very customer friendly, I like to help people. They’ll remember me and come back."

Malls in Pueblo and Denver have asked him to expand to their locations. But at his age, he has no desire to build an empire.

"I don’t have to do this," he says. "I do it because I enjoy it. I enjoy the people contact, I enjoy staying busy."

But he still, of course, is a businessman.

A parking lot next to Coors Field may soon become an apartment building after the Denver City Council land use committee approved the rezoning proposal Tuesday, moving it to the full council for a final vote.