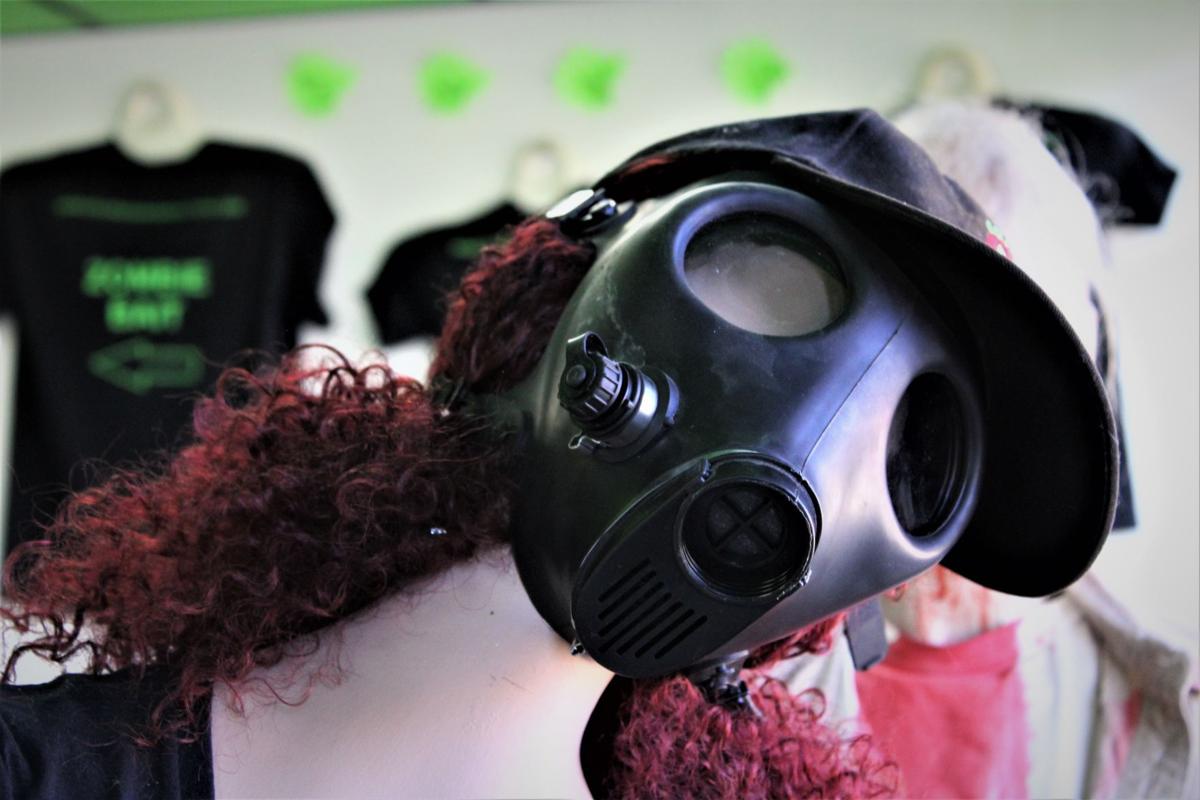 This display is the only gas mask Colorado Zombie Outpost has left after a run on the masks amid the coronavirus scare. 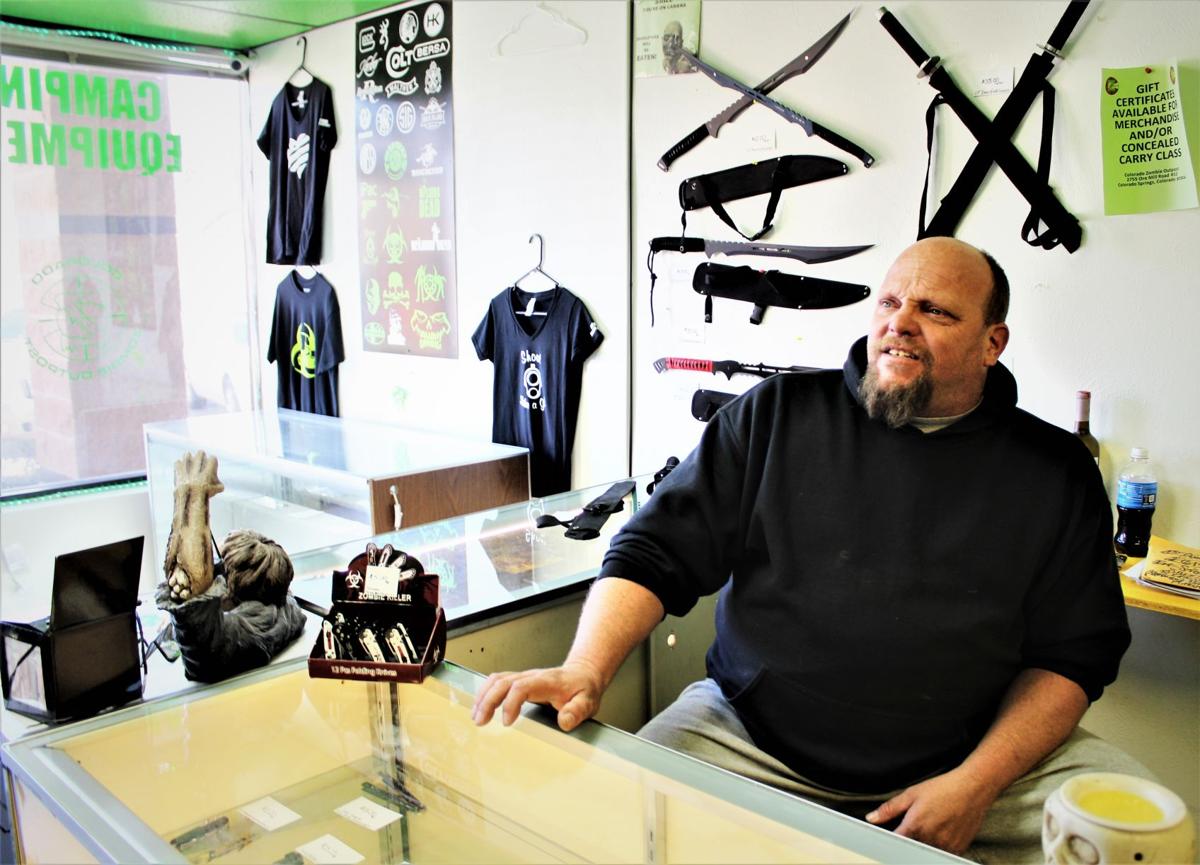 Pearre Cabell, co-owner of Colorado Zombie Outpost. The store has seen a spike in business due to the coronavirus. 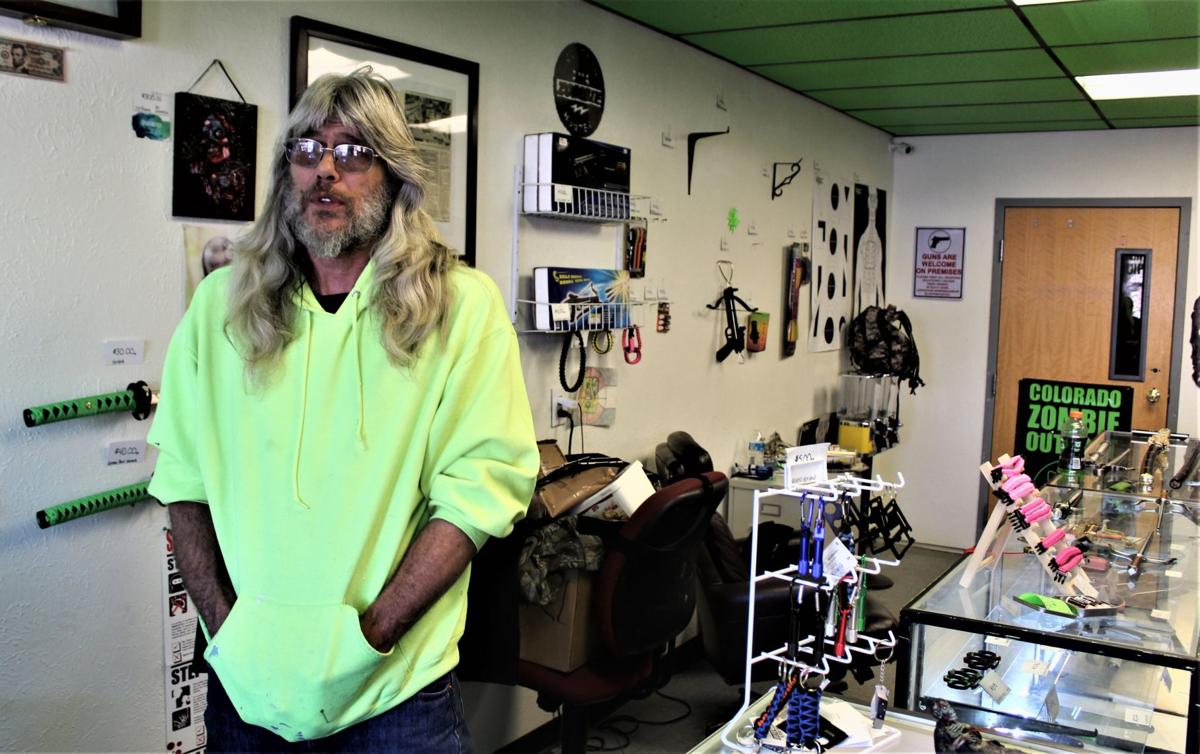 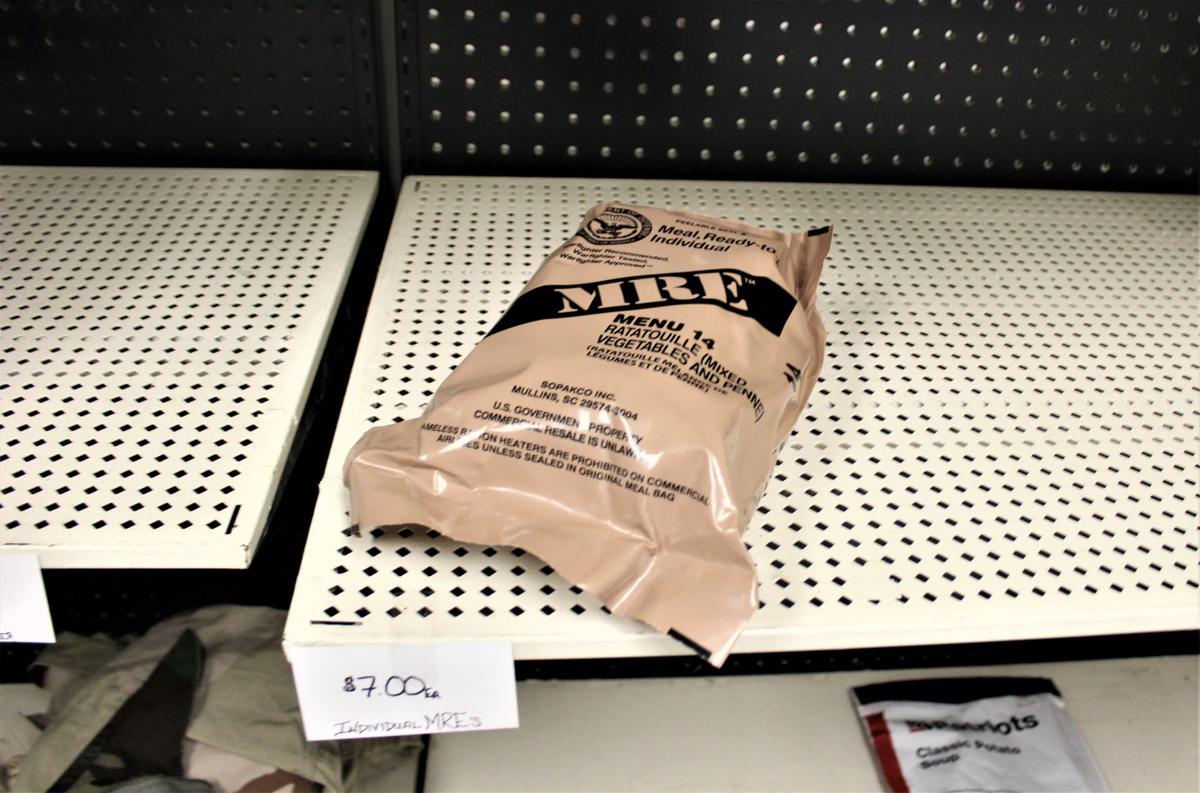 Customers at Colorado Zombie Outpost have cleaned out the supply of MREs. 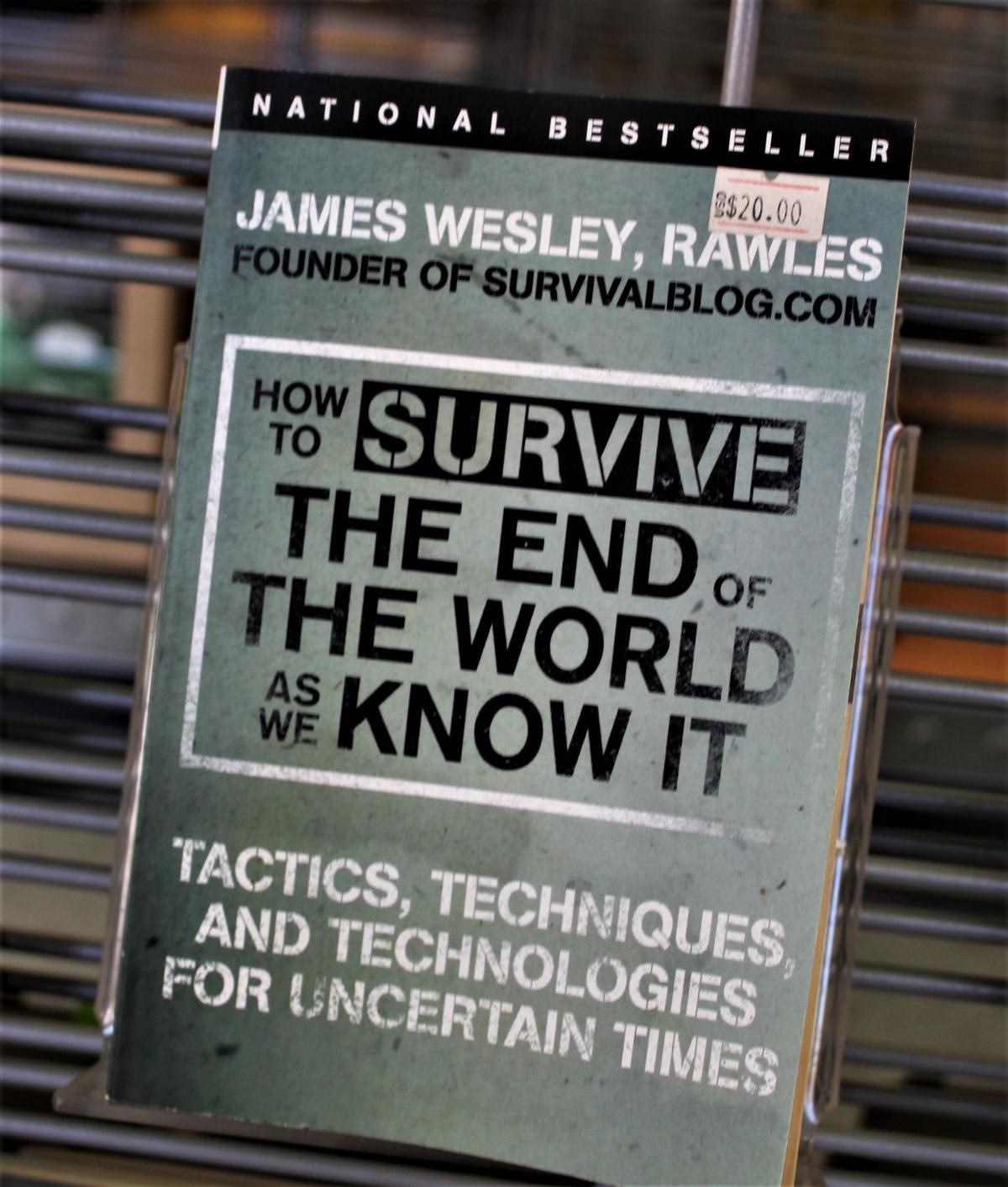 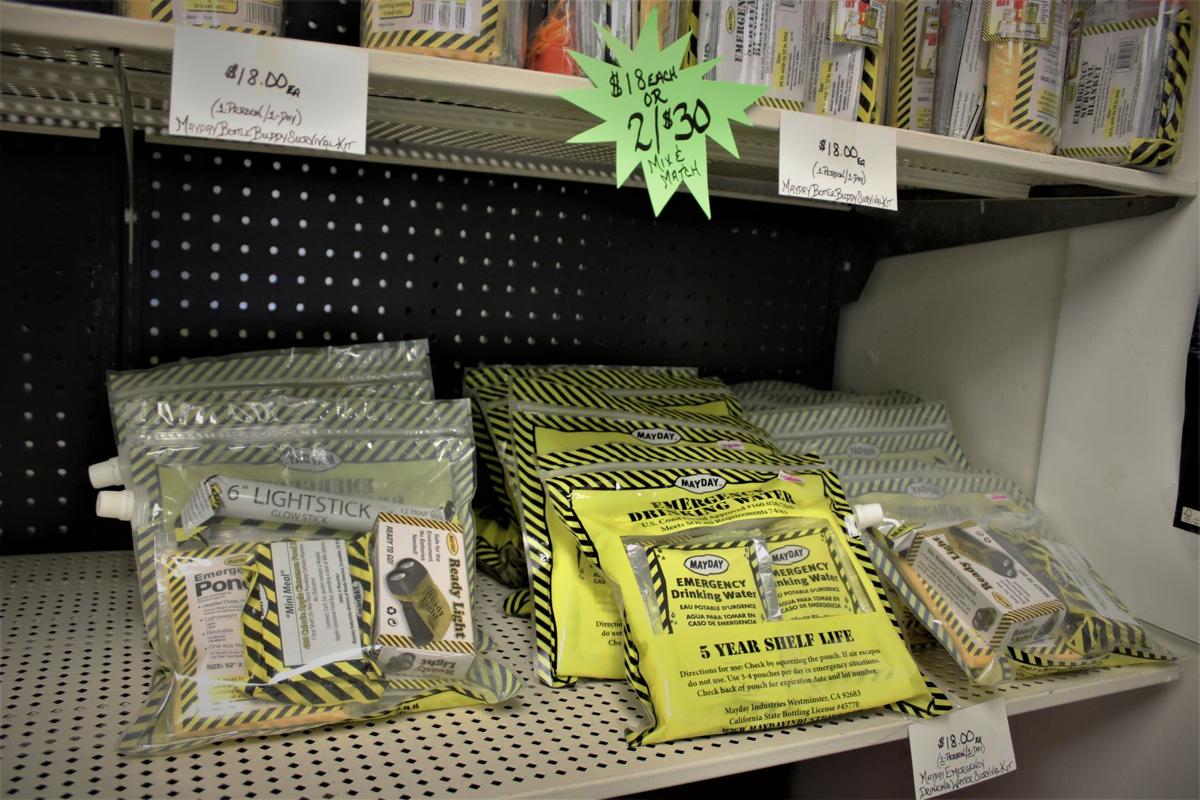 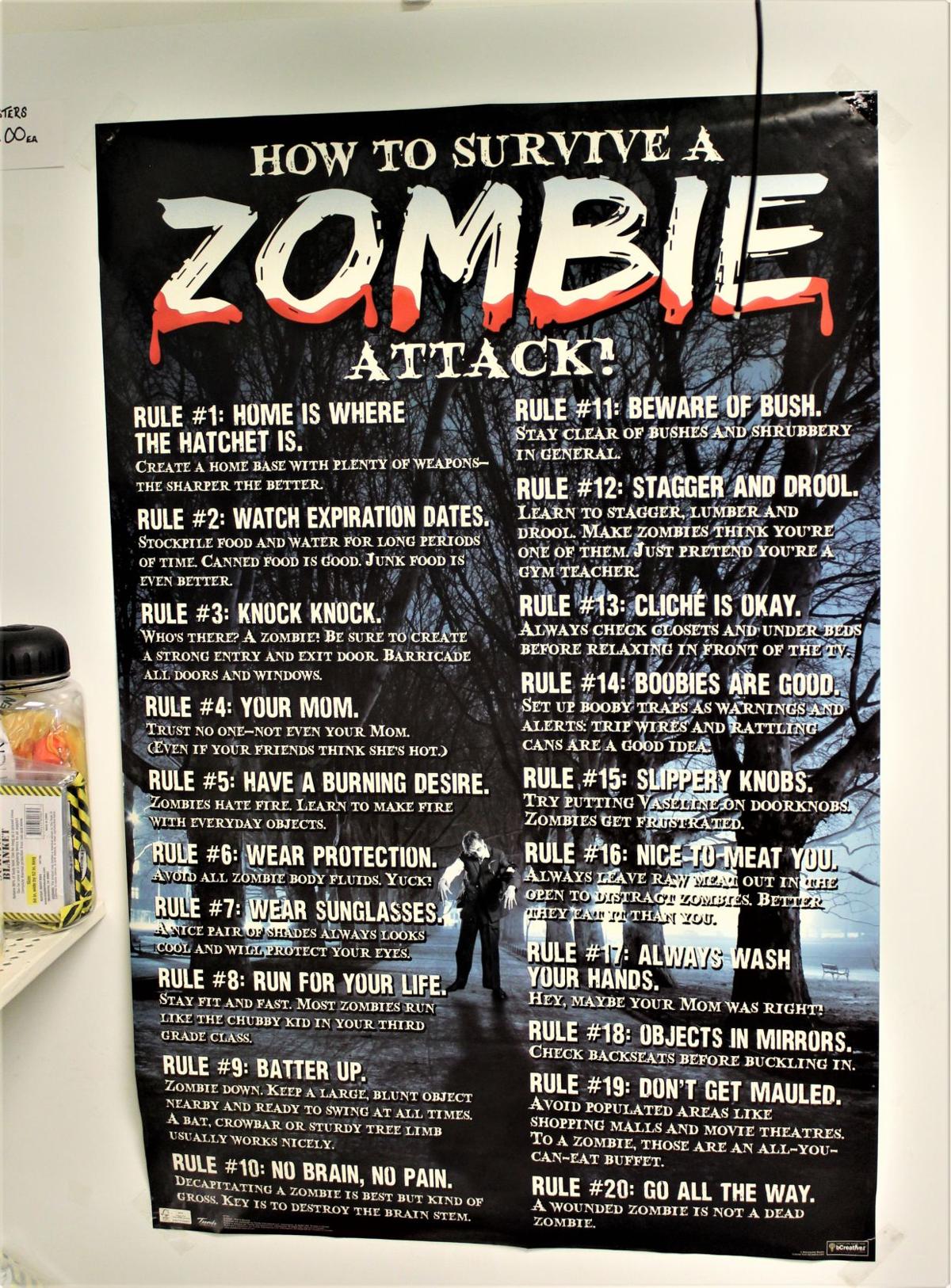 This display is the only gas mask Colorado Zombie Outpost has left after a run on the masks amid the coronavirus scare.

Pearre Cabell, co-owner of Colorado Zombie Outpost. The store has seen a spike in business due to the coronavirus.

Customers at Colorado Zombie Outpost have cleaned out the supply of MREs.

Editor’s note: This is one in an occasional series spotlighting small businesses in the Pikes Peak region.

A post on Colorado Zombie Outpost’s Facebook page has a photo of a mask-wearing shopper standing in front of empty store shelves and this message:

“Remember all those crazy conspiracy theorist preppers y’all make fun of? Well, they already had a stockpile of toilet paper, water, disinfectant and face masks. And here you are staring at an empty store shelf wondering what ya gonna do ...”

Colorado Zombie Outpost, on the west side of Colorado Springs, sells survivalist gear and books. The message — with apologies to the Boy Scouts — is: Be prepared.

“We’re not doomsday preppers, but we are disaster preppers,” says John Quatkemeyer, who owns the store with Pearre Cabell.

“What,” Cabell asks, “is your zombie? Was it the Waldo Canyon fire? Was it the flood that we had after that?”

These days, people’s “zombie” is the coronavirus. The store has seen a spike in business amid panic over what has been declared a pandemic. The store’s supply of gas masks has been wiped out. Shelves have been emptied of MREs (Meals Ready to Eat).

“We’ve been getting phone calls left and right,” Cabell says. “’Do you have this, do you have that?’”

Medical supplies are another big seller, he says. “And then just general, ‘What do I need to have with me if I have to leave town or I’m going to get quarantined or any of that.’”

“We opened up the store just for this kind of thing,” Quatkemeyer says. “But at the same time, we don’t like to take advantage of these things. We like to say, we don’t promote fear, we promote education. And so when people come in, a lot of times they want to buy half the store out, and we have to talk them out of it, they don’t really need all that. But there are things they do need.”

In the area of what people need or don’t need, the two are a bit baffled by the disappearance of toilet paper from grocery store shelves.

“You would think there’d be more of a run on food,” Cabell says, touting a need for households to typically have at least three days to a week’s worth of food on hand.

“Toilet paper’s kind of useless if you don’t have food,” Quatkemeyer adds.

He’s always believed in being prepared; as someone who likes to camp and always had supplies on hand, “I was a prepper for years before I even knew the term,” he says. But the reaction to the virus has caught him a bit off guard.

“I’m really surprised at what I feel is kind of an overreaction,” he says. “Yeah, it can be deadly to certain people and certain people take precautions.”

But he points to the death toll each year from influenza and notes, “nobody is closing schools or making runs to Walmart for toilet paper and water” over the flu.

“I think the media attention has really sparked a lot of people’s fears,” he says. “But at the same time, I am taking precautions, too. “I’m washing my hands more.”

They’ve also stopped ordering from China, where the pandemic originated, for now.

“We were getting some our our larger blades and stuff like that from China,” Quatkemeyer says. “Right now, it’s just not a smart move.”

The coronavirus has been a negative for the two in another venture. Cabell and Quatkemeyer are also partners in a remodeling business and haven’t been able to get orders filled for respirators for painters because of consumer demand for face masks. “We have a crew of subcontractors sitting idle right now because they don’t have the protective gear,” Cabell says.

The two opened Colorado Zombie Outpost in 2014 in a smaller, nearby space before moving to the current location a year later. While there are military surplus stores in town, “there was really no place to go for all of your survival-type needs,” Quatkemeyer says. “That’s why we opened this up.”

Business, they say, has been fairly steady, with boosts at times from things such as escalating tensions with North Korea.

“It’s weird things that set it off,” Cabell says. He cites the last presidential election as an example, with people on both sides of the political divide stocking up on emergency supplies.

Before the vote, “Everybody was scared Hillary was going to win,” he says.

After the election, “it was everyone that was scared that Trump had won.”

More in Small Business Spotlight (2 of 10)

Schools in the Pikes Peak area will close starting March 16 because of coronavirus concerns, according to a joint letter released by school of…