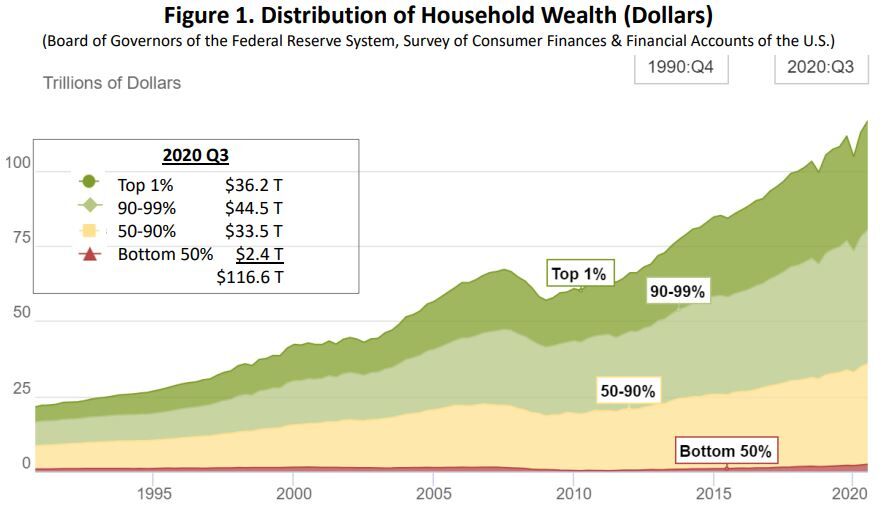 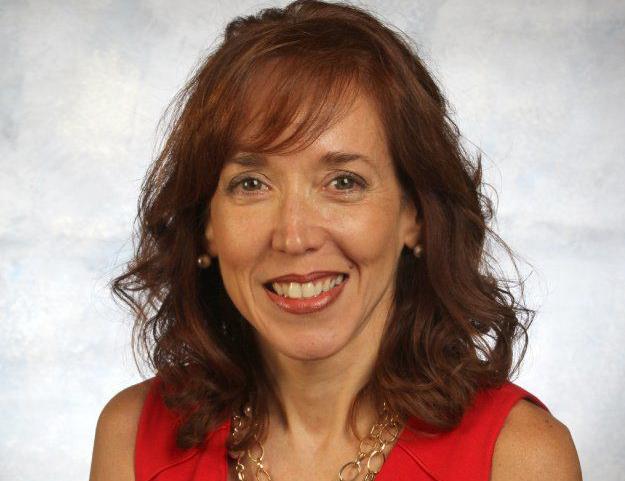 If there is one thing that Americans can agree upon it is that the divisions between us have only grown deeper during the past four years and even more so during the COVID-19 pandemic. I have written about the role of media, how artificial intelligence feeds us what we’ve searched and spent the most screen time on and how that reinforces our biases. We are indeed an algorithm-driven society.

Many educators and economists have addressed the generational aspects of poverty and how young children from disadvantaged neighborhoods have the odds stacked against them with less per pupil funding and less home support. COVID has put a painfully glaring spotlight on these and other trends that have exacerbated many of America’s worst structural problems. Like most people, I have great anticipation and enthusiasm for the other side of this pandemic but my optimism is tempered, because I know these structural problems will be worse than they were pre-COVID and will not be going away when the pandemic is behind us.

As an economist, I plainly see that at the heart of the problems is the marked income disparities that now define our society. The bifurcated economy largely explains why we have the highest homicide rate in the developed world and high crime rates in general. It explains why our educational outcomes are subpar and deteriorating. It explains why our country is increasingly and angrily divided politically. It explains why opioid and other drug use is prolific among the primarily unskilled/low skilled swaths of our nation.

It is simply not sustainable to have the extremes we do in terms of income and wealth. Yet to some, making this statement elicits a “socialist” labeling when ironically, capitalism is built upon the premise of opportunity and incentives. It’s a statement of fact that thriving economies and safe societies do not have equal income, but a range of income that enables the lower income quartiles to have basic needs met while having true opportunity for social mobility. When bottom earners work and pay taxes, can afford to be active consumers and don’t pull from social assistance, capitalism, and society as a whole, function better.

But this is not where we are. The top 1% of U.S. earners account for 21% of the country’s total annual income while the lowest earning 25% account for only 3.7% of total U.S. annual, income according to IRS 2017 income data. The top 1% of households had an average annual income of $2 million while average income for the lowest 20% was $21,300, according to 2017 Congressional Budget Office (CBO) data. If you do the math, the average income of the top 1% of households is 94 times that of the bottom 20%.

Because higher-income households make more and because they pay a higher tax rate, they also pay proportionately more in income taxes. IRS data reveals that the top 50% paid 97% of total income taxes while they earned 89% of total U.S. income in 2017. Besides income taxes, however, working taxpayers who earn wages also pay other taxes such as federal payroll taxes for Social Security and Medicare, while almost all individuals pay state and local taxes. Remember that “income” includes wages and salaries, interest, dividends, pensions, rental and income from other sources.

I will pause here and state that it is important to look at the data from other angles. For example, I know that averages are skewed by outliers such as the top .01% of households that had an average income of $48.5 million in 2017. It was also both fascinating and incredibly time-consuming to unpeel all the layers of creative data manipulation in the many (left and right-leaning) biased sources I encountered. For these reasons, I also decided to look at two other financial metrics sticking firmly to government sources with transparent methodologies.

Earned wages are another way to look at financial standing and this information is made available through Social Security Administration data. “Wages and tips” do not include other financial resources such as dividends as does the “income” metric above. This wage data was available for 2019 and it shows that the top 1% (2.7 million of the 170 million workers) earned 16.2% of all wages while the bottom 25% (44 million workers) earned 3.1% of total wages. The bottom 50% (86 million workers) earned 15.1% of total wages. And the chasm has grown wider over the years. From 1979 to 2017, real wages for the top 1% increased 157% while the wages for the bottom 90% grew 22%. A higher share of “income” will accrue to the top percentiles than will be the case for “wage earners” because higher income individuals tend to obtain more of their financial gains from investments and in fact, do not always work for wages.

Another important metric to look at is wealth or net worth. This data is available from the Board of Governors of the Federal Reserve System. This metric incorporates assets such as money in bank accounts, cars, and homes minus the debts owed. A household with higher earnings and/or income typically accrues more assets and is more able to pay off debts. The inverse of that is also true with lower earners. Especially during downturns, wealth can be an important buffer since the loss of a job or other income source can be offset with drawing down savings, and leveraging or even the selling of assets (e.g. selling stocks or downsizing a home).

The lack of wealth for the bottom 50% will be one of the defining aspects of this recession and will result in a vastly uneven recovery. The bottom 50% represent most of the laid off workers and their lack of wealth means that they do not have the assets to help cushion wages lost and payments missed. Furthermore, their credit may be damaged during this year-long crisis, which will hamper their ability to build assets, like a home, in the future.

These income/wage/wealth discrepancies are much of the reason the Federal Reserve has been so vocal about the need for fiscal stimulus to the households and small businesses that need it the most. The “bottom 90%” are the critical mass of what makes up American society.

Turning back to incentives, let’s now take a closer look at the poorest contingent who are at or below the federal poverty level (FPL). The FPL for an individual, which is the threshold for receiving Medicaid and other federal assistance, is currently $12,760 and $26,200 for a family of four. If someone works full time at the $7.25 minimum wage, they make $15,080 a year, but often those jobs do not offer health benefits, whereas being under the FPL creates access to health benefits.

It’s not surprising that many people who do not have access to higher education and higher earning potential choose not to work given this tradeoff between full-time, low-pay work and receiving social assistance. Likewise, it’s not surprising that many females choose not to work because of the high cost of child care. Higher education is also increasingly out of reach with even middle-income families finding it difficult to afford higher education for their children. Many college degrees do not always ensure a living wage anymore, so more individuals are questioning the return on investment of higher education, especially with high student debt load. The incentive structure just isn’t so clear anymore.

Yet, the outrageous expenditures on programs like Medicaid make for big headlines and lots of skepticism. But wouldn’t it be cheaper to address the root causes of poverty and make systemic investments in eradicating poverty than it would be to pay all these transfer payments to poorer households? Over time, we might even reduce the proportion of people who are financially struggling in the U.S. and lower overall costs in the long run. But now we are in a situation where 160,000 businesses have shuttered in the United States and 35% of adults are not current on rent or mortgage where eviction or foreclosure in the next two months is likely. Thirteen percent of U.S. households have not had enough to eat in the last seven days (Census Pulse Survey). As an American, I wonder how we got here.

But maybe we could use this crisis and the need for fiscal stimulus to do a New Deal 2.0. Initiatives like infrastructure spending put people to work, but how about a national training campaign? This is a long-term stimulant to the economy that yields economic benefit long after a recession or depression because people hold onto what they’ve learned. The top job openings in the U.S. are chronically open (nurses, many health care tech positions, computer administrators, truck drivers, etc.).

We have an acute skills gap in the U.S. as technology has rapidly changed and the requisite skills have simultaneously changed. You want people to work? Teach them the skills they need to work. It also helps businesses who chronically state they can’t find workers with the skills they need. Use federal funds to pay for the training of willing participants. It will be cheaper than chronically paying unemployment insurance, paying for Medicaid and food stamps, and high incarceration rates.

Women have left the workforce in droves during this pandemic and if we want them to return, how about subsidizing quality child care, early education and better teacher pay? These programs essentially pay for themselves in the medium and long run because workers feed back into the system by paying taxes.

Such initiatives are politically neutral because no one argues with putting people to work. And while we are at it, audit the top job openings in the United States and work with K-12 and higher education to train our youth for the jobs of today. All of this will also increase our global competitiveness.

As an example, experts said a pandemic was coming (and no one believed them). Climate experts are saying we are reaching the point of no return in terms of irreversible and incredibly expensive catastrophic impacts from carbon emissions. I know public health and economics, but not the science of climate. But I trust good Americans and world citizens who are climate experts. Environmental challenges are quite possibly the next pandemic. I think it’s thoroughly American to innovate so why not be a world leader in massive investment in green technologies? Even if climate change is a hoax, it’s a great way to create jobs (and keep our Colorado skies blue).

These are investments in long-term sustainable economic growth that are also investments in Americans. If we raise up everyone, we are truly one nation under God, indivisible as any strong nation must be.

Expect a "rough" winter this year as the COVID-19 pandemic intensifies, but ultimately the Colorado Springs and Colorado economies will recove…