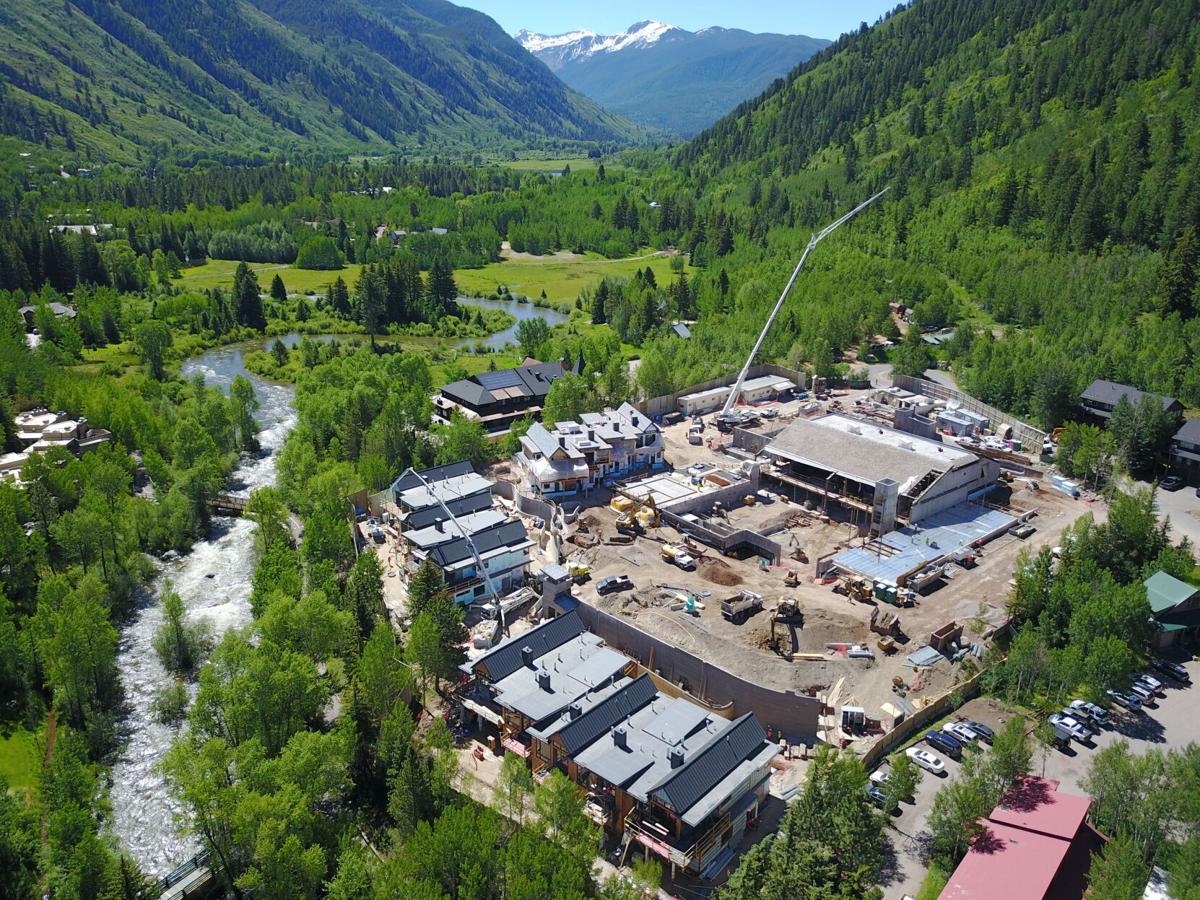 Aerial photo of the Aspen Club in Aspen. 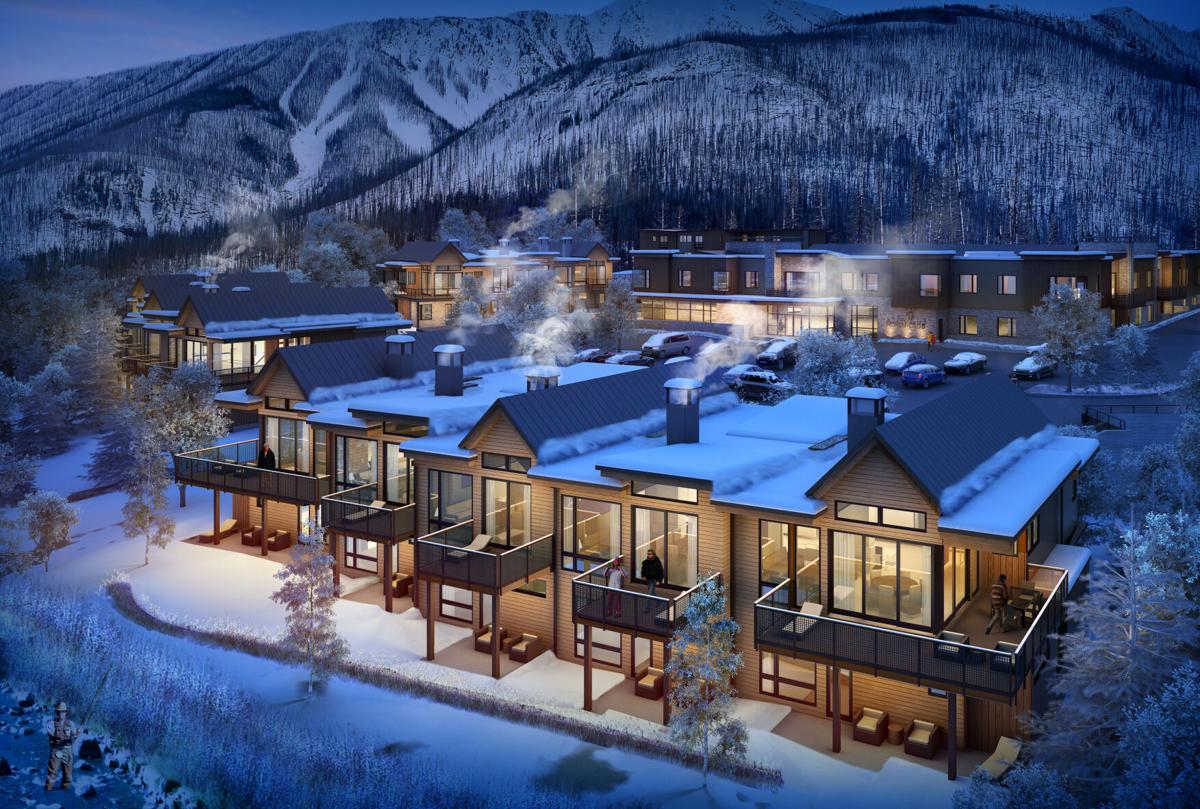 A rendering of the three-and-four bedroom residential units planned for the Aspen Club in Aspen.

Aerial photo of the Aspen Club in Aspen.

A rendering of the three-and-four bedroom residential units planned for the Aspen Club in Aspen.

The way luxury resort hotel developer Garrett Simon of Meriwether Cos. sees it, you don’t get many opportunities to buy a piece of Aspen.

Simon says that kind of opportunity is attractive even if that piece of real estate was mired in years of litigation, bankruptcy, foreclosures and what can be argued has been an undeveloped eyesore for the town known as a playground for America’s rich and famous.

With the backing of financial partners, Meriwether Cos. last month closed on the Aspen Club, the iconic tennis and athletic club that has been graced by sports stars, celebrities and dignitaries, including American presidents, for decades.

“Just looking at the complexity and the scale of it, the list of potential developers that could be successful is short,” Simon said Tuesday. “Our experience on for-sale developments and operations is deep. Mixing those together checks a lot of boxes.”

Once former developer GPIF Aspen lost the property to foreclosure, it went up for auction Jan. 6. Meriwether, backed by Fireside Investments and Revere Capital, made the lone and successful bid of $52.59 million.

“We intend on restoring the Aspen Club to its former role as the center of social and athletic activity within the Aspen community,” Simon said.

The coalition bought more than a 5-acre, mixed-use development with a 144,248-square foot clubhouse on the banks of the Roaring Fork River at the base of Aspen Mountain.

It bought a mound of debt owed to general contractor PCL Construction of Denver and dozens of lien holders. The Aspen Times reported Revere Capital, based in Dallas, is owed more than $15 million for a bridge loan made to the previous developer.

“We’re now dealing with mechanical liens — which we’ve never had experience with — so we’re learning a lot,” Simon said. “We’re looking at $170 million in total development costs, including construction.”

While Boulder-based Meriwether took possession of the title just days ago, the deal has been years in the making.

In 15 years, the company has developed resorts in posh locations such as Park City, Utah, and Palm Springs, Calif., including in-state gems such as Telluride and Breckenridge.

“We’ve been tracking the Aspen Club for three years,” Simon said. “Michael Fox, the original developer, was looking for partners. Nothing transpired, but we stayed around hoping for the best. Revere Capital had a plan and vision for it and has been in the driver’s seat. With this partnership with Revere, we wanted to make the redemption right. So we got to sit back and watch the process, then step in and make a bid.”

Simon admits buying the “Aspen” name has value in and of itself.

“We saw something irreplaceable with a physical plant in the building and entitlement in a market that’s second-to-none,” he said. “We saw the amazing opportunity in the operation, where there may be limited opportunity in the underlying real estate.”

While the permits carried over and construction can resume as early as this summer, the project is realistically two years from being completed.

Simon said final decisions on questions such as if PCL will remain as general contractor still need to be answered.

The development includes plans for 20 three- and four-bedroom residences, which at first will be made available as guest rooms instead of for-sale product or time shares.

“They’ve done an amazing job protecting the property these last three years,” he said of PCL.

They want to create a property that’s an experience for all stakeholders with “hospitality, culinary, fitness, health and wellness offerings.”

“First and foremost, we’ve been working constantly with the city of Aspen and local officials on this agreed-upon plan, where we take care of all issues with redemption. … We know it has been a long and painful process for many,” said Simon.

“We’re looking forward to creating an environment. The reality is we want to come up with an awesome experience that attracts as many as possible. We understand there will be a cost to be a member, we have to recoup that large capital investment, but it’s not just a gym or gym-type membership. ...

“People who live in the community know sometimes they have something more valuable than money — an amazing lifestyle. That fascinates so many people, and they re-create that with second homes or vacations.”

With the pandemic possibly changing future gyms, design of the clubhouse will include elements of “things we’re learning about post-pandemic demand lifestyles and customer requirements,” Simon said.

“We’re taking the vacant shell and creating something new, as opposed to retrofitting an existing facility. We’re going to look at program and space planning that best addresses trends and demographic shifts of what customers are looking for, not fads. “We’re challenging ourselves not to think too small.”