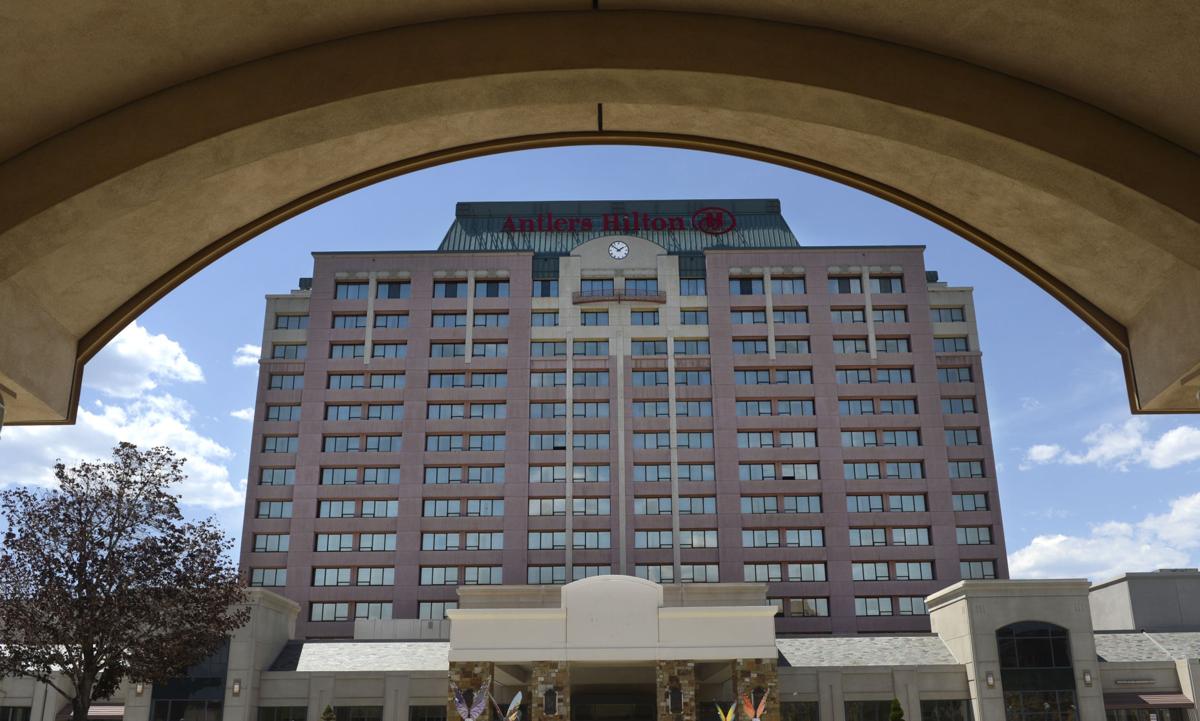 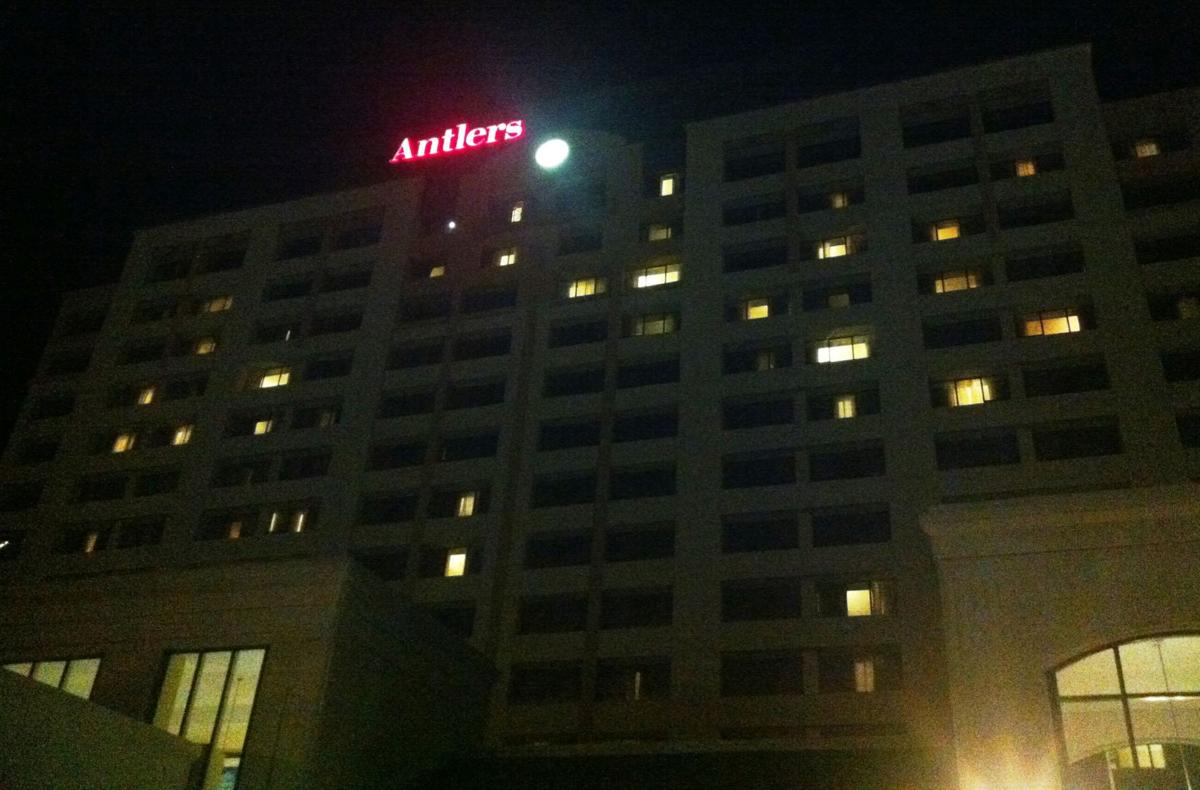 The “Hilton” name has been removed from The Antlers hotel in downtown Colorado Springs following the property’s purchase Tuesday by Springs attorney Perry Sanders Jr. and a partner. Photo by Rich Laden, The Gazette.

The “Hilton” name has been removed from The Antlers hotel in downtown Colorado Springs following the property’s purchase Tuesday by Springs attorney Perry Sanders Jr. and a partner. Photo by Rich Laden, The Gazette.

Colorado Springs attorney Perry Sanders Jr. said Tuesday that he and a partner have completed their purchase of downtown's historic Antlers hotel.

Sanders and Florida attorney John Goede wasted no time in making their first significant change - renaming the property as simply "The Antlers" and dropping an 11-year-old affiliation with Hilton Hotels.

The Hilton name and logo were removed Tuesday from just above the hotel's 13th floor and other areas of the building, at Pikes Peak and Cascade avenues in the heart of downtown. By early evening, only the word "Antlers" was lit up in bright red at the top of the hotel.

"It's The Antlers," Sanders said. "It's going back to what Gen. Palmer built. It's an old enough name to stand on its own."

Colorado Springs founder and railroad magnate Gen. William Jackson Palmer built the original Antlers, which opened June 1, 1883. He named it for his collection of deer and elk trophies that was displayed there.

The hotel stands at the site where Palmer's survey crew drove the first stake on July 31, 1871, that signified the founding of Colorado Springs.

With 292 guest rooms, a main-level lobby, meeting space and a restaurant, The Antlers has been one of the Springs' best-known properties for decades. It's also had a colorful past; it was destroyed by fire in 1898, rebuilt and reopened three years later, torn down in the 1960s and rebuilt and reopened in 1967. It's been bought and sold several times over the years.

Sanders declined to reveal the hotel's purchase price. Since December 2013, it had been owned by a Miami Beach, Fla., company that bought it for $38 million after foreclosing on a Boston hotel group that previously owned the property.

Sanders and Goede, through their limited liability company Timeless Hotels, plan major improvements to The Antlers.

Among them: All rooms will be made over with new carpeting, beds and custom wood headboards that serve both as a wall covering and sound barrier. Tinting will be removed from windows to allow guests to embrace views, while windowsills will be decorated with granite.

The room renovations, to be done on a floor-by-floor basis, will be completed by June 1, Sanders said.

"It's just a fabulous property that just needs some tender loving care, and we're really excited about it," he said.

Sanders, who's lived in the Springs since 2006 and is perhaps best known for representing Michael Jackson's mother in legal matters after the singer's death, has a track record with downtown hotels.

He and partners transformed the Mining Exchange office building at Pikes Peak and Nevada avenues into a 117-room, upscale hotel - spending about $34 million to renovate the building along with the next-door Independence and Freeman Telegraph buildings and the former Colorado Springs Utilities building across an alley on Nevada.

Known as The Mining Exchange, A Wyndham Grand Hotel & Spa, the property opened in 2012.