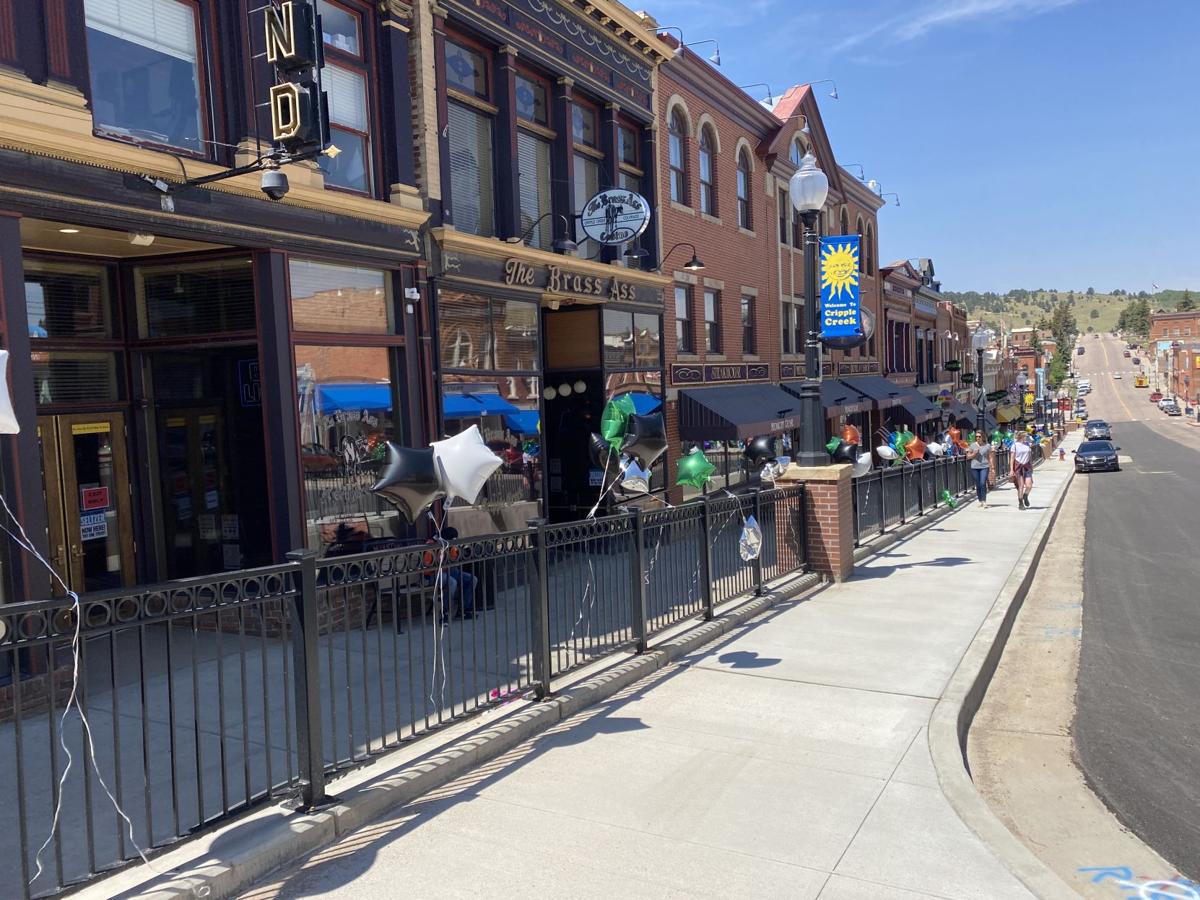 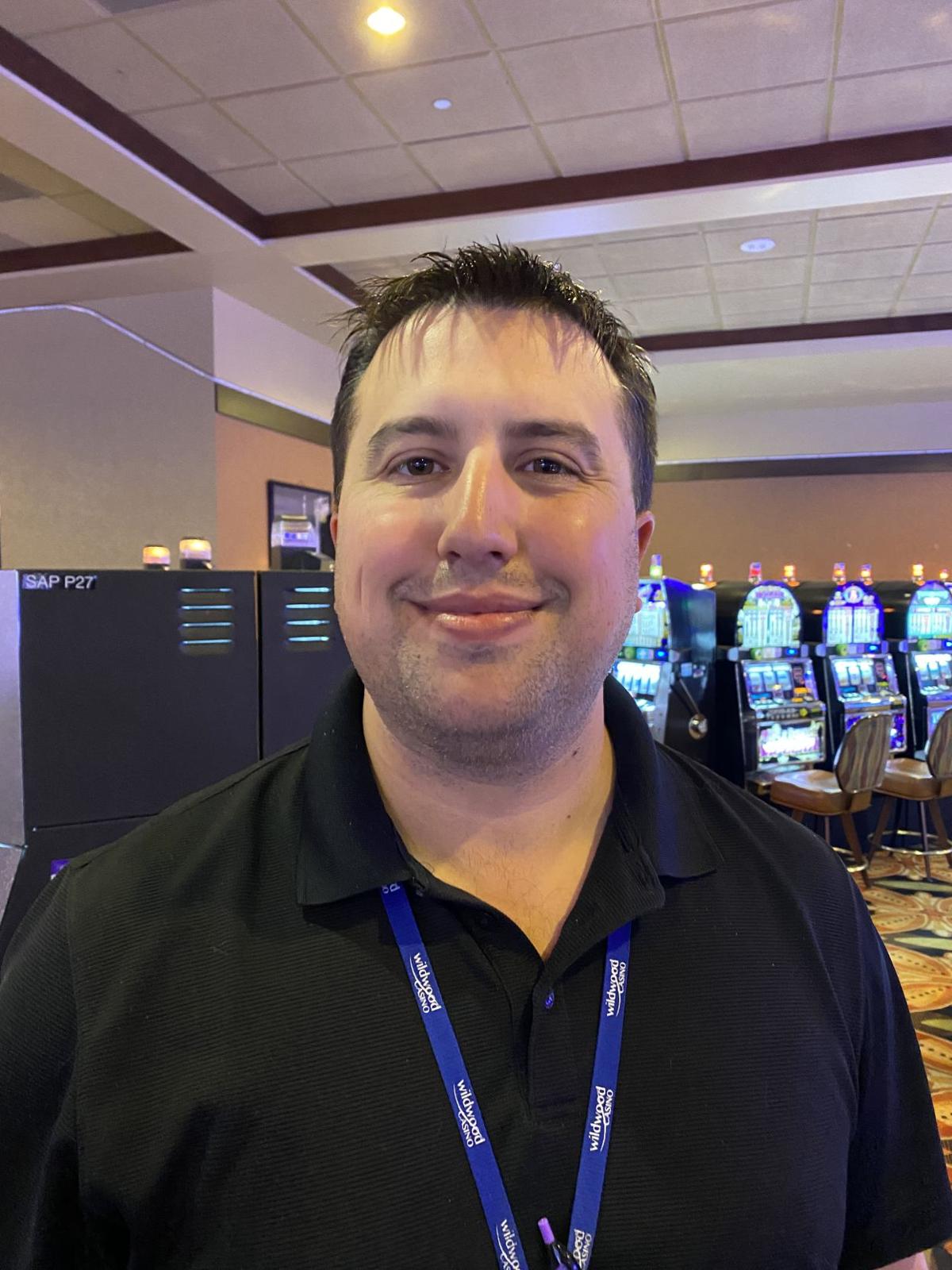 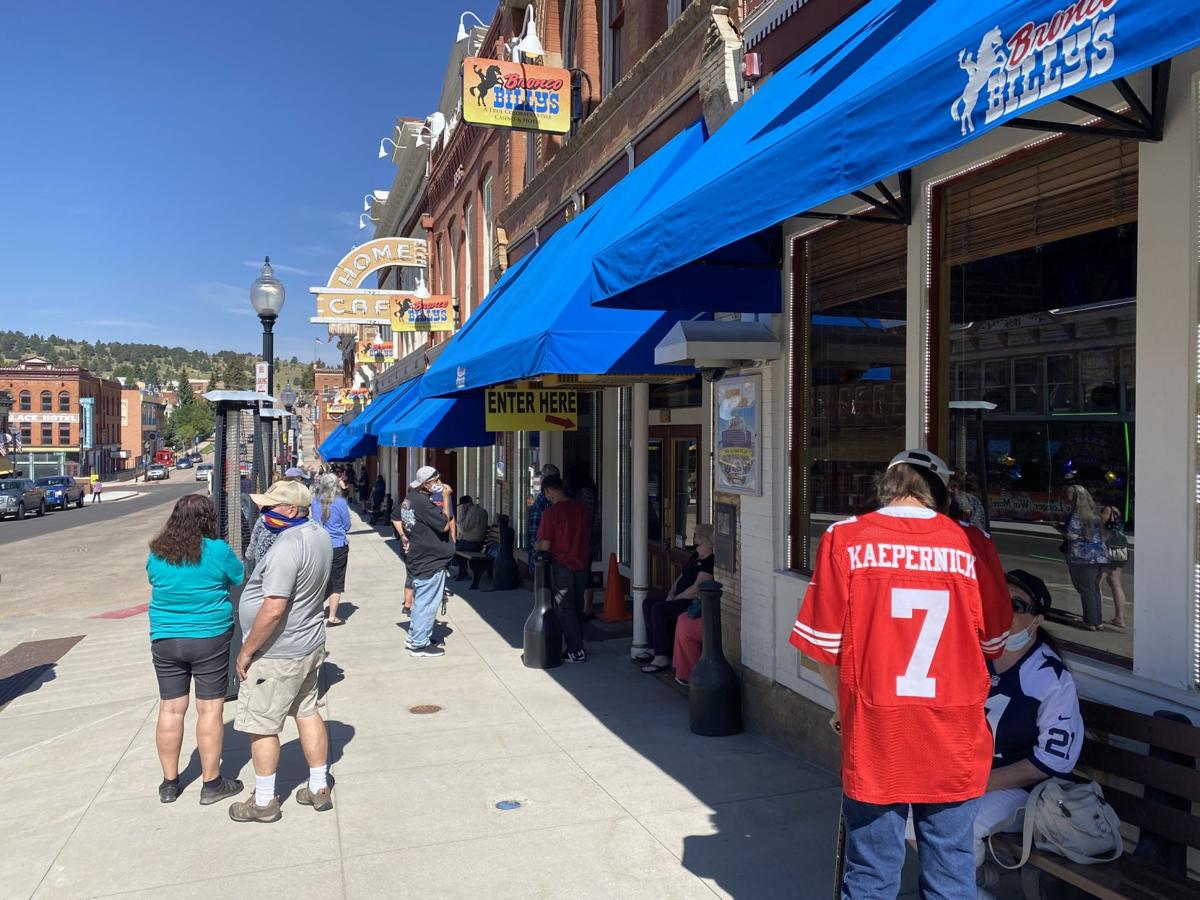 Customers line up Monday waiting for the reopening of Bronco Billy’s Casino and Hotel in Cripple Creek. 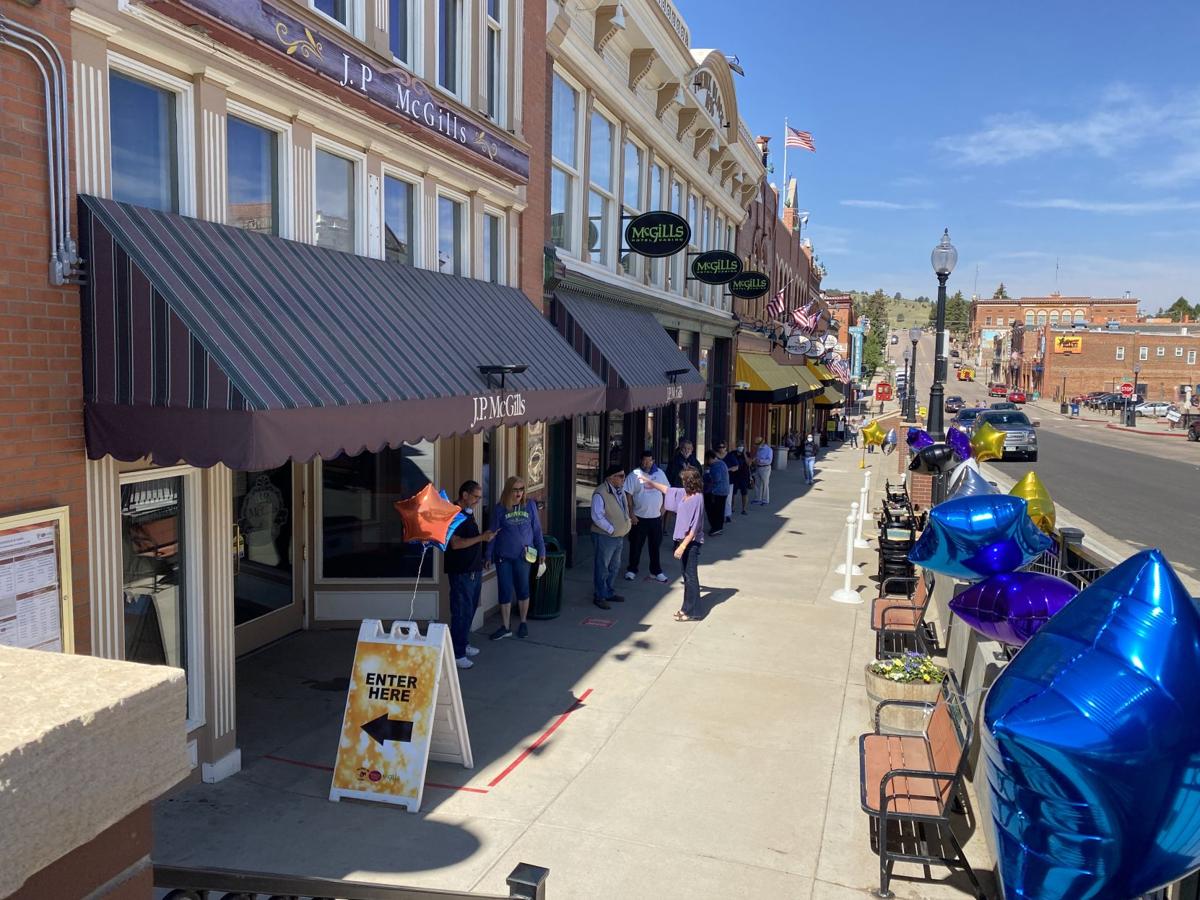 Customers line up Monday waiting for the reopening of McGills Hotel Casino in Cripple Creek. 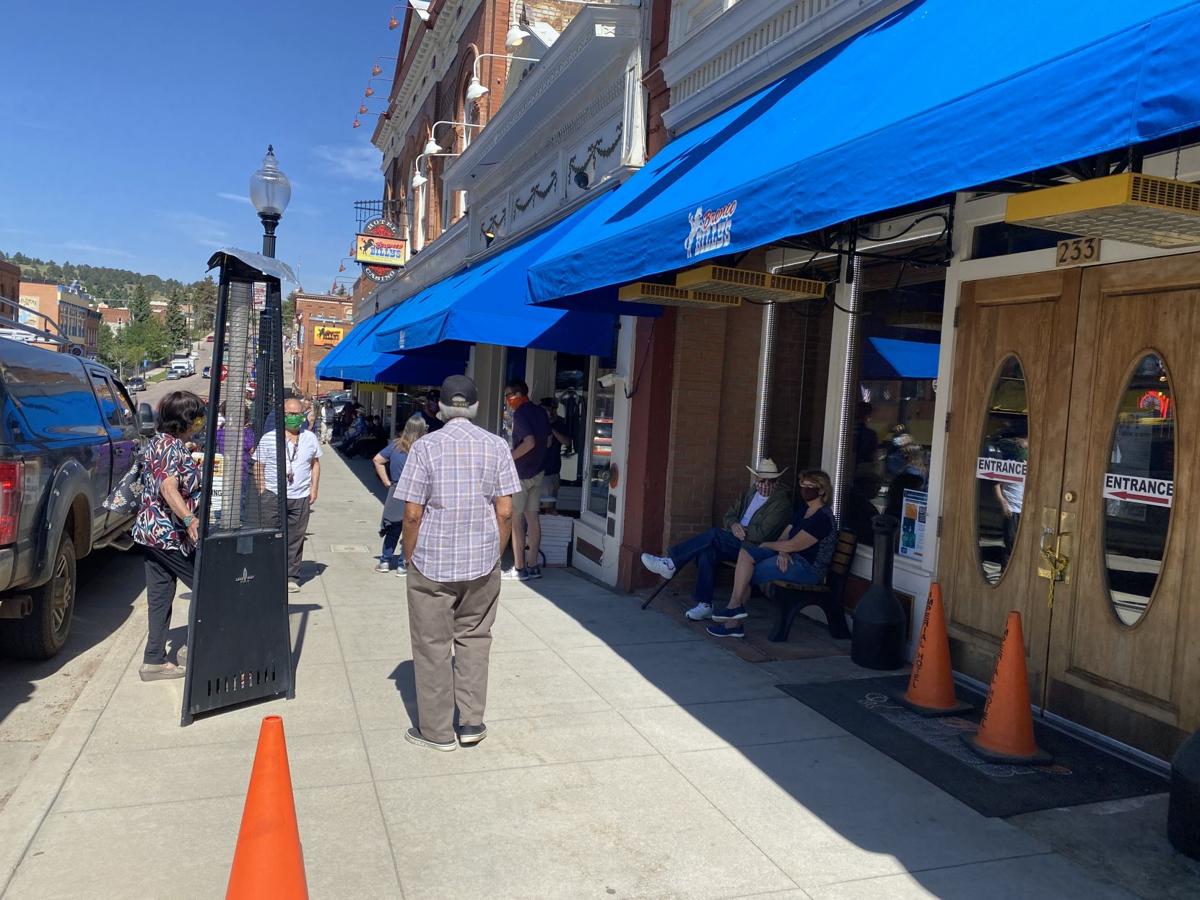 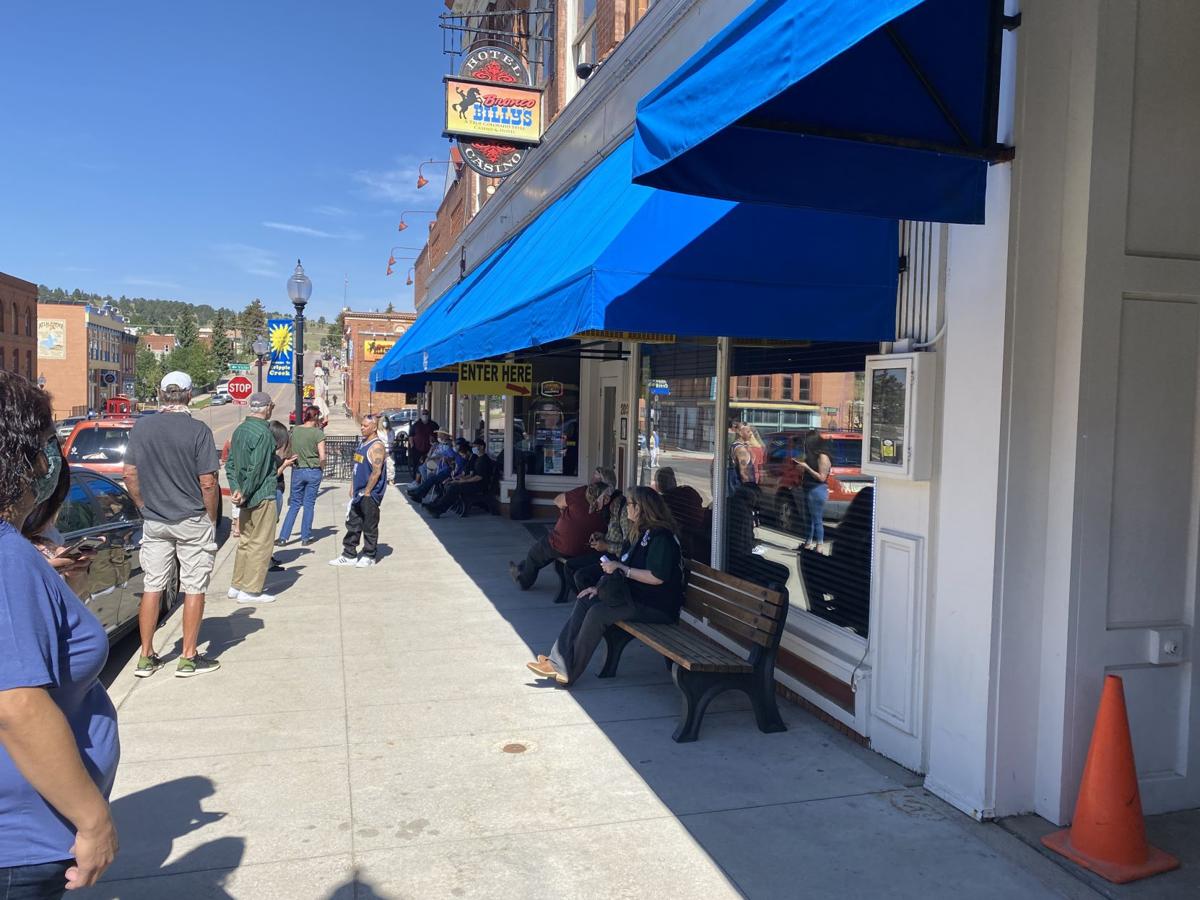 Customers line up Monday waiting for the reopening of Bronco Billy’s Casino and Hotel in Cripple Creek.

Customers line up Monday waiting for the reopening of McGills Hotel Casino in Cripple Creek.

CRIPPLE CREEK • More than 300 customers, some arriving up to two hours early, lined up in front of 11 casinos in this Teller County city, waiting to play slot machines for the first time since all gambling facilities in Colorado closed in mid-March to slow the spread of the coronavirus.

Crowds built throughout the morning, with one casino at the city’s north end, the Wildwood, reaching its self-imposed capacity within 30 minutes and several times during the rest of the day, said Matt Andrighetti, general manager.

Most other Cripple Creek casinos had a steady stream of customers, but capacity and social distancing didn’t seem to be much a problem after the opening lines quickly dissipated.

Many of the customers waiting for the casinos to reopen said they were regulars and missed having a chance to get out of their homes and enjoy the scenic vistas on the drive to Cripple Creek. Some said they had formed friendships among casino staff and wanted to support those friends, many of whom were furloughed for weeks or months after the casinos closed.

“We’ve been suffering from cabin fever,” said Darlene Letellier, who made the trip from Pueblo with Chuck Lawrence. “I’m here just to hear people laugh and have a good time.”

What to expect when Cripple Creek casinos reopen Monday

Things were different Monday, though. None of the blackjack, poker or roulette tables or any sportsbooks are open yet, and some casino restaurants remain shuttered.

To allow for social distancing, only about half the number of slot machines previously in operation are available for play.

Harry Williams, of Colorado Springs, said he made weekly trips to Cripple Creek before the closures and said he missed the fun of playing the slot machines. He said he wasn’t concerned about crowds.

“As long as people wear their masks and there is spacing (between players), everything is cool,” Williams said.

Pat Delin of Pueblo West said he and his wife, Patty, don’t travel or eat out much, so going to Cripple Creek is the main entertainment for the couple.

“It has been a long three months,” Delin said. “We miss the mountain community, the fun of coming here. This is our pleasure and entertainment.”

Verdia Bray of Security said she is a regular customer in Cripple Creek and returned to “see old friends. I missed visiting with the workers. Some of them have been here since gambling was legalized (in 1991). I just enjoy visiting with them. I come here to relax and have fun.”

Derek Hutchison, who came to Cripple Creek Monday from La Junta with wife Christine, said he is concerned a casino might be forced to close a second time if it has a COVID-19 outbreak, which is defined as three or more cases.

They came on Monday to avoid bigger crowds this weekend, trading the 100-degree-plus heat of the Arkansas Valley for the 70-degree temperature of Cripple Creek for a few hours.

Most casino managers said the crowds Monday were in line with what they expected, with some predicting larger crowds during the upcoming Father’s Day weekend.

“I’m not so sure how much you can tell from the first hour, day or week. It will take a month to see what is really going on,” said David Minter, managing partner of Johnny Nolon’s and the Colorado Grande casinos.

“So far, I’m happy with the opening crowd, but after being closed for three months, I would be happy with anything. I would have been disappointed with fewer people and surprised with more.”

Larry Hill, general manager of Triple Crown Casinos, which includes the Brass Ass, McGills and Midnight Rose casinos, said the crowds were “nice and strong for a Monday” and said the reopening was a relief after months of waiting.

He said planning for a 150-room hotel Triple Crown wants to build should resume this summer after being halted by the closure.

Leslie Harris, marketing director of the Double Eagle Hotel and Casino, said bookings for the hotel later this week and this weekend indicate bigger crowds to come.

She said the hotel’s 158 rooms are about two-thirds booked for the rest of the week and “almost full” for Saturday.

The casino kept in touch with the more than 10,000 members of its “player’s club,” making phone calls, posting on social media and sending emails and texts notifying them of the reopening.

“It is good to have the noise and lights going in the casino. It gives us a little bit or hope,” Harris said. “It is exciting to have our players back and we know they are excited and our employees are happy to be back working. Our city is alive again.”

Gov. Jared Polis issued new draft guidelines Monday that loosen restrictions on business operations as some areas of Colorado move toward the …