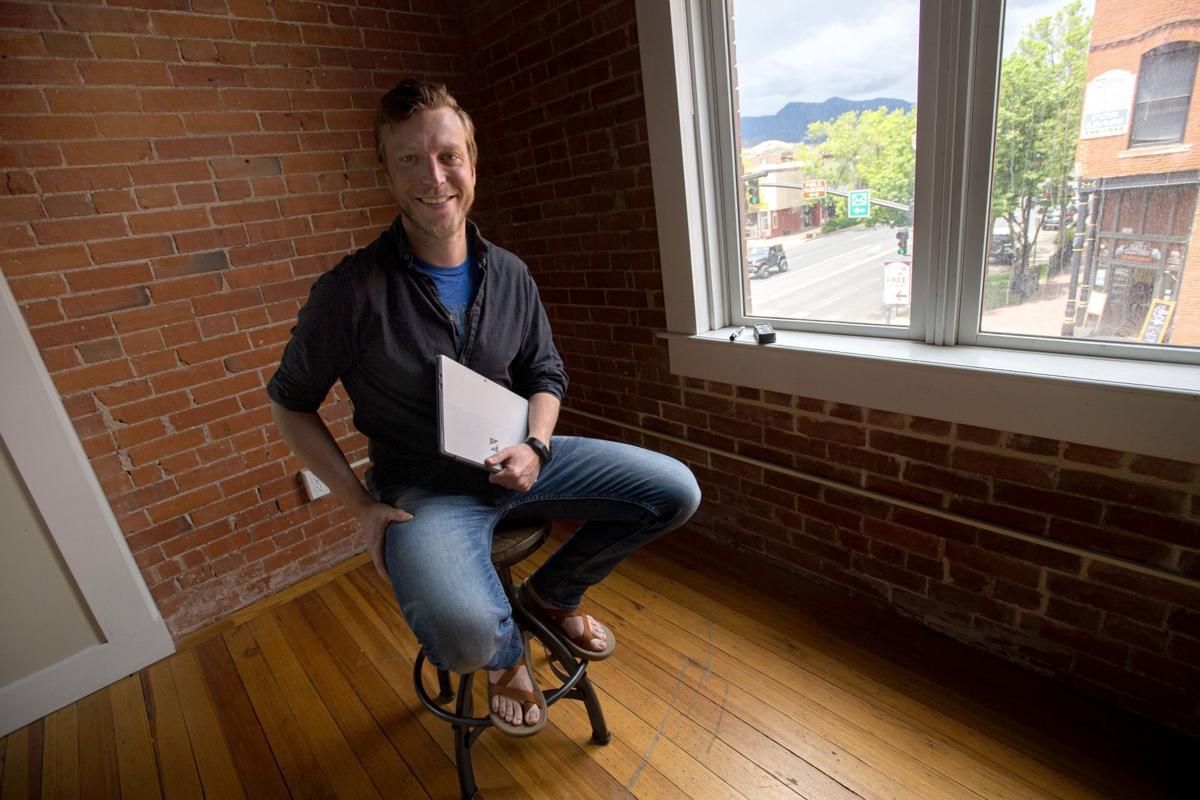 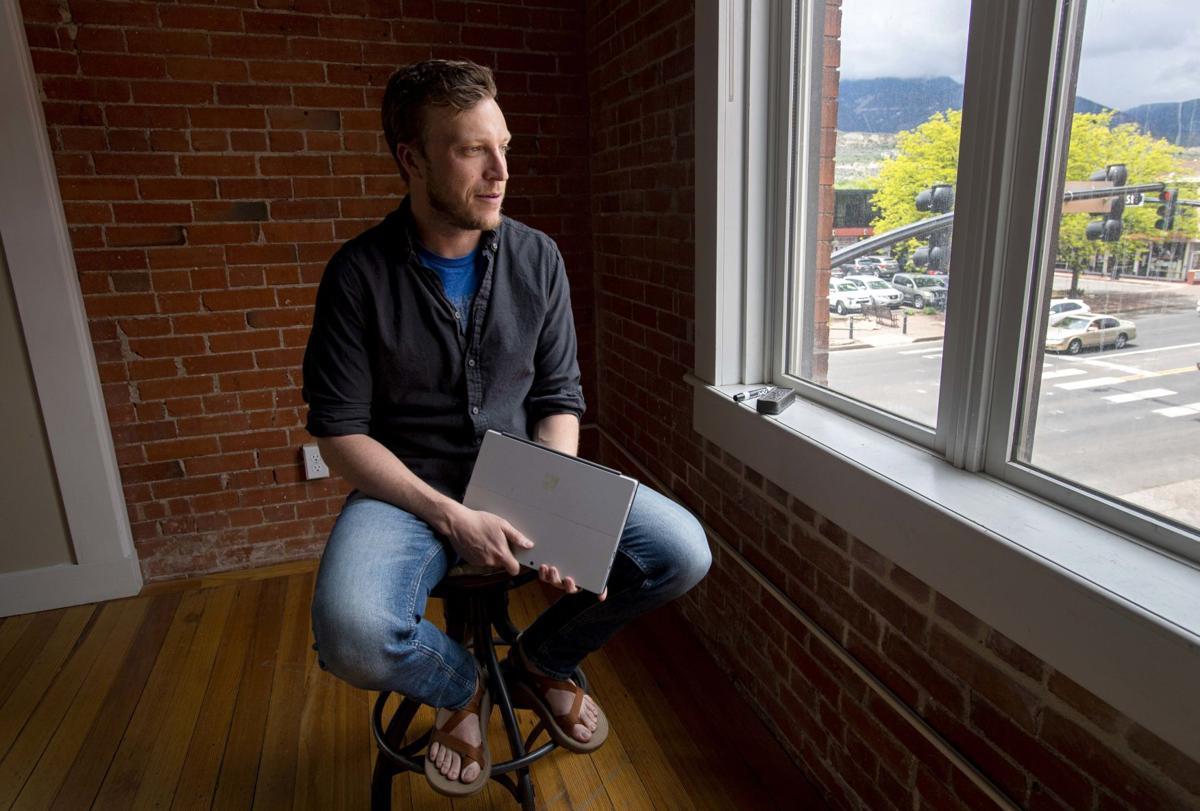 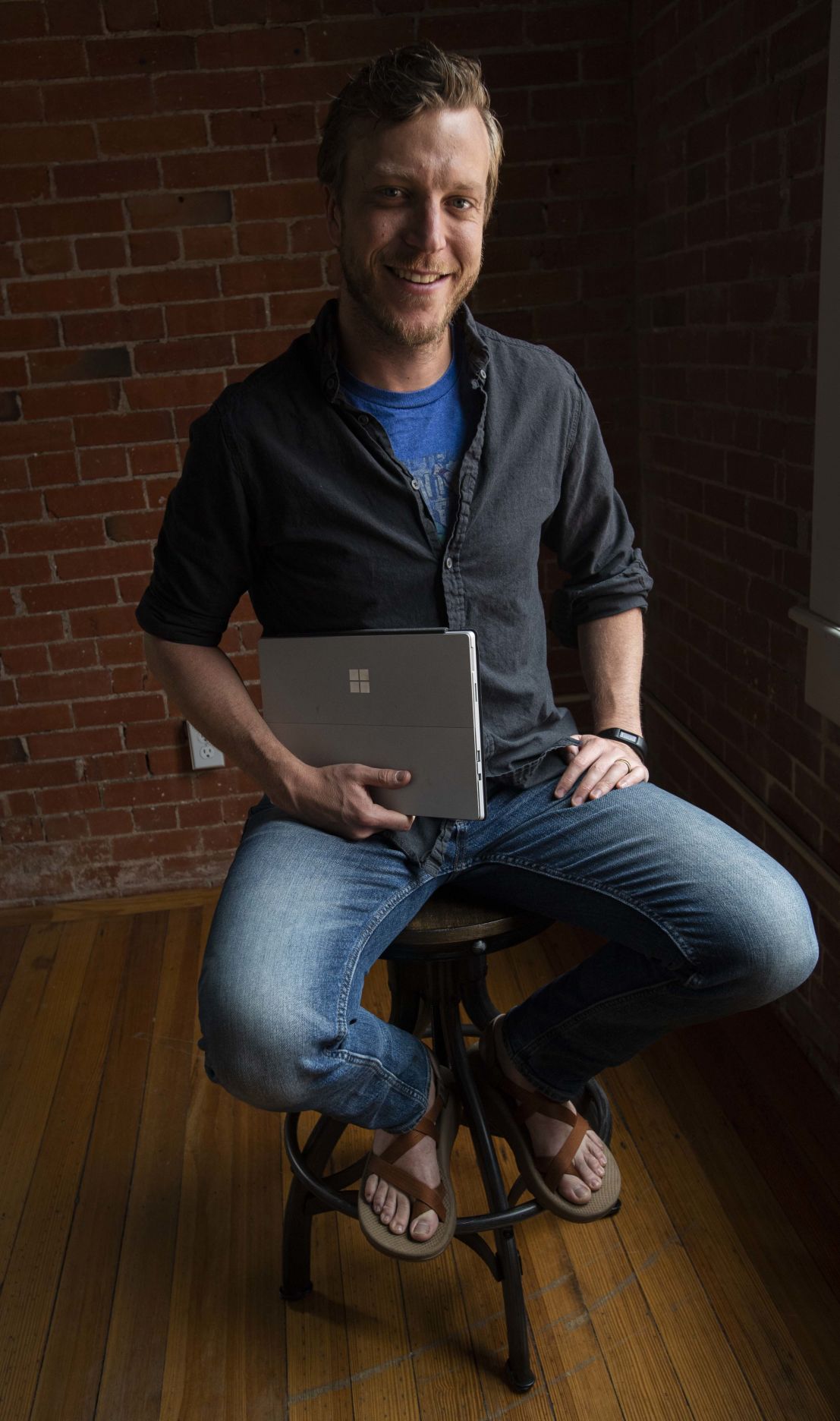 Alex Belding has discovered through a varied career that he's "a sales guy."

While he thought academia or market research might be his path, "my personality continued to push me into sales," he says. For a time, it was skis that he sold. Now it's a new way of offering web design. Belding — who was named Young Entrepreneur of the Year at last month's Small Business Awards in Colorado Springs — is "Mad growth officer" and co-founder of WebriQ Goes Mad.

A small business in need of a website has a couple of options, Belding says. One is to build your own; with the help of online website builders such as Wix.com or Squarespace, "you can go and build a website ostensibly in a couple of hours, depending on your skill set."

For business owners lacking the time or ability for the DIY approach, the other option is to hire help, such as a marketing agency — but that can be costly, Belding says. "What I have found is anyone not paying the major money but who can't do it themselves, they're in this gray zone." Freelance web designers help fill that gap, but they're typically "project oriented," Belding says — meaning once the website is up and running, "the freelancer is paid and they're gone. So who's responsible for watching the analytics and maintaining the site? So many small businesses that I talk to don't even know where the analytics data is."

The approach of WebriQ Goes Mad (https://webriq.services) is to offer website design not as a one-and-done project but as a service; for a flat monthly fee, it builds and maintains the website and monitors the analytics.

L'Aura Williamscq for odd spelling, though she also goes by just Laura, so I've asked which she prefers, who with husband Lane owns Lane Mitchell Jewelers, uses WebriQ Goes Mad and is sold on the concept.

After the person who had been working on the Lane Mitchell website moved away, "I became burdened with trying to run the website on my own," Williams says. "And as a very, very busy business owner, I needed to find someone to redo our website and make it easier on me, and I found that with WebriQ and Alex."

She gets regular, easy-to-understand analytics from WebriQ Goes Mad and the company even provides blogs for the site, Williams says.

"The thing that makes me the most happy," she says, "is I can make changes to the website by going into a program and saying change this page. I just post it there and at night somebody comes and grabs it and makes those changes, and I never have to do anything."

Belding's first focus with WebriQ Goes Mad was the tech side; the WebriQ technology is billed as "wicked fast" and unhackable. "The way we build websites is the sexiest part of our company," he says. But it is the service side that has drawn customers.

Belding, 32, grew up in Michigan and is a graduate of Michigan Technological University. Fresh out of college, he started a market research company with fellow students that "was, by all accounts, a total failure." After that, he went to work for Booking.com, coordinating the production of new hotel websites in the French-Canadian market.

"It was a great little gig," he says. "I got to speak French, which was awesome." But that sales side of his personality led him to leave Booking.com to sell skis at Bill and Paul's Sporthaus in Grand Rapids, where he also was webmaster.

When Samantha, his then-girlfriend and now wife, moved to Denver for graduate school, he moved too, again finding work selling skis. From there it was on to a skin-care startup, where his admitted "bull in a china shop" approach did not work out."I like to take charge and run things my way," he says, "and that clashed with the ownership and I was asked to resign.

So when Samantha, who at one time was an aspiring Olympic fencer, got a job in Colorado Springs with USA Fencing, they moved south and are now homeowners in Manitou Springs. Samantha, who has a master's in anthropology, would go on to become a cultural resources planner at the Air Force Academy. Belding's first job in the Springs, meanwhile, was as a salesman for Frontier Business Products.

After that, he formed Mad Crane Marketing. His idea was to serve as a consultant to businesses, "like you should use these guys for SEO, you should use these guys for Google ads." He had already signed some deals when he stumbled across Philippe Bodart and his WebriQ technology; Bodart, of Belgium, had been testing the concept of web design as a service with that technology.

"I contacted Philippe and I was like, I want to do this and only this." He started out as a commissioned salesman and, as their partnership grew, they joined Mad Crane and WebriQ into WebriQ Goes Mad; Bodart is the "MadEO."

"Out of the gate I liked Alex’s enthusiasm, drive and positivism," Bodart said in an email. "He was keen to disrupt the web development market with the introduction of a new technology stack, new services and especially a new way to provision, update and maintain websites. The fact we became partners was the result of nine to 12 months of working together on an ad-hoc basis and the positive affect it had on customer acquisition and customer retention. We rolled in to this in a very natural way."

Belding, he said, is "an independent thinker and very good with customers, new ones but also existing ones, making him the ideal front man for the company. He also has a very practical way of approaching complex technical requirements."

The company has about 16 employees, with an office in Singapore and much of the labor in the Philippines. Last year, Belding says, "was like the year of will this work?" This year's focus is on achieving a consistency in sales and operations.

"We have no control over demand," Belding says. "Sometimes it's crickets in the office and other times it's all hands on deck."

Next year, he says, "is the year we really want to go as big as possible. ... The opportunity for immense growth is absolutely doable."

When not working, Belding loves to be outdoors, either skiing or running; he's "a huge trail runner" and the Manitou Incline was key to the decision to live in Manitou. He's been off the slopes for a while, though, as he and Samantha have a 10-month-old daughter.

"The last two seasons has been more adulthood," he says. But as soon as he can put ski boots on daughter Lou Lou's feet, "we're going skiing."

More in Collection: Young professionals around the Pikes Peak region (3 of 7)