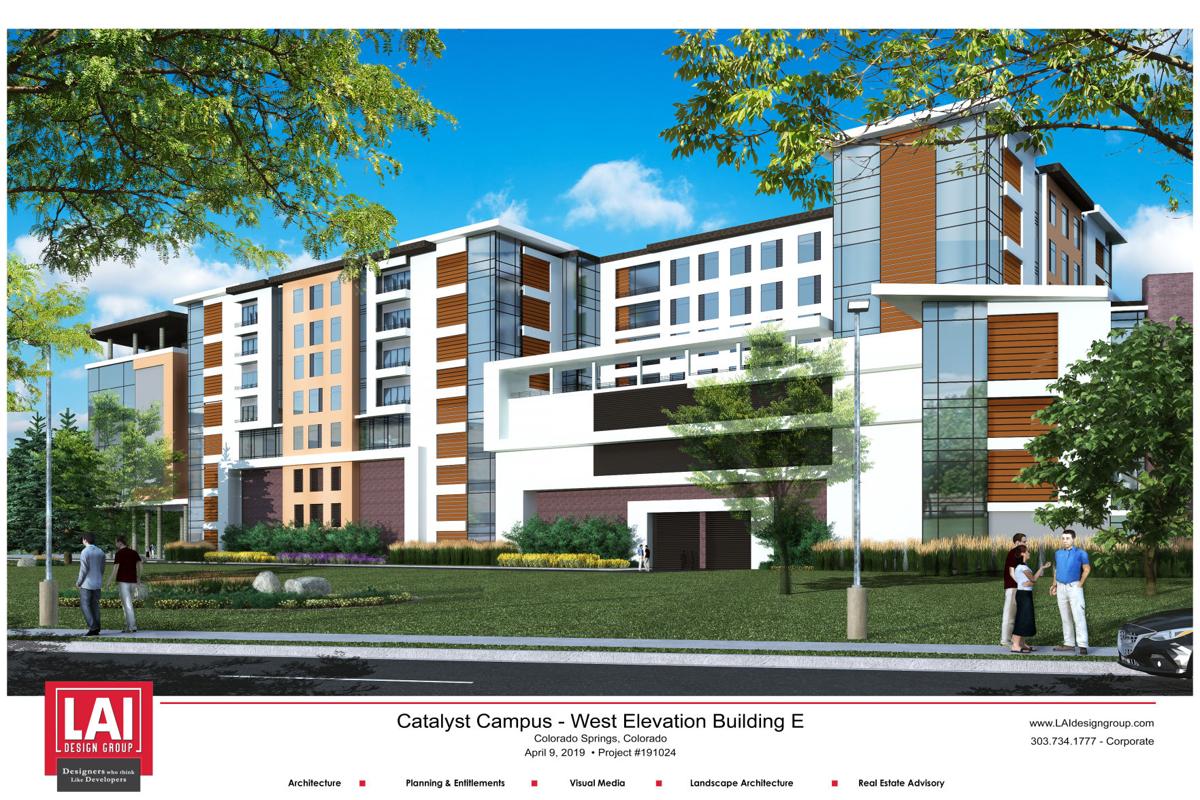 An artist’s rendering shows an eight-story, mixed-use building that will include offices, housing and restaurants that is planned for construction on Catalyst Campus just east of downtown Colorado Springs. The expansion is slated for completion in 2020. 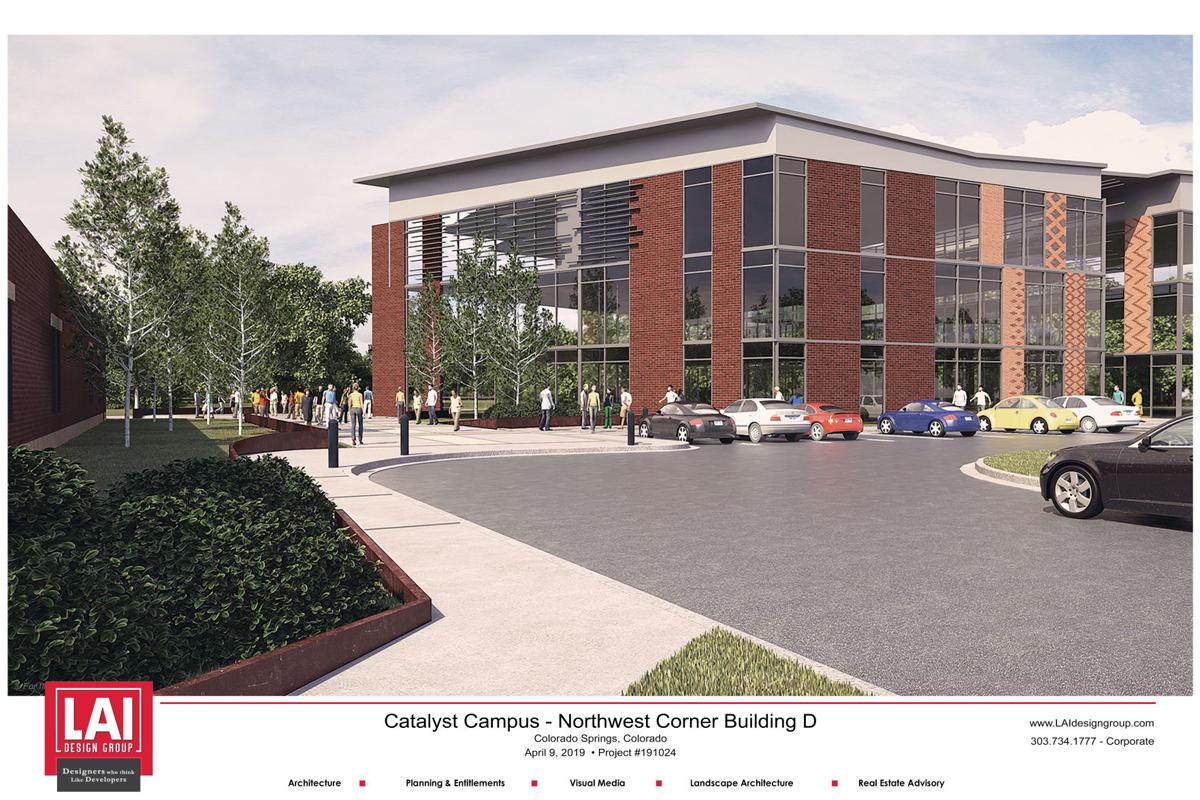 An artist’s rendering shows an eight-story, mixed-use building that will include offices, housing and restaurants that is planned for construction on Catalyst Campus just east of downtown Colorado Springs. The expansion is slated for completion in 2020.

The Catalyst Campus, a business park on the eastern fringe of downtown Colorado Springs, will nearly double in size with the purchase of an adjacent building and construction of two buildings, its owners said Tuesday.

The five-building complex at 555-559 E. Pikes Peak Ave. will add the existing three-story building at 545 E. Pikes Peak Ave. and erect an office building and a mixed-use structure to combine offices, housing and restaurants, expanding the campus from 137,000 to 250,000 square feet, said Kevin O’Neil, CEO of The O’Neil Group, the campus developer.

The campus opened in 2015 with a focus on space and cybersecurity, and now it’s helping the Department of Defense bring technology developed by space-related startups into military programs more quickly, O’Neil said. The campus and Air Force Research Laboratory have hosted three-month accelerator programs, including one starting Thursday, to help space startups turn ideas into products.

“I never thought the campus would ever grow this quickly, but we found a problem that the Department of Defense needed help solving,” O’Neil said. “The issue is that commercial technology is advancing past military technology because the government can’t move fast enough. It can take years just to seek bids for a (defense) contract.”

An entity of O’Neil Group is paying $4 million for the 39,000-square-foot triangular building on the campus’ northwest edge. It’s being sold by a trust controlled by James Spinato, owner of Water Works car washes in Colorado Springs. O’Neil Group also plans to spend $35 million to erect the three-story office building and an eight-story mixed-use edifice by the end of 2020 to accommodate space-related startups that want to move to Catalyst Campus.

The company bought the former Santa Fe railroad station and two adjacent buildings in 2014 for $4 million and has spent more than $20 million over the past five years, remodeling and upgrading technology to make Catalyst Campus one of the most technologically advanced business parks in Colorado.

“There are no other campuses like this in the nation that are privately financed. Projects like this are typically built on college campuses to develop commercial technology for government use,” O’Neil said. “This concept has heated up all the way to the highest levels of the Department of Defense, bringing generals and executives who want to come and see what we are doing.”

O’Neil announced the expansion to coincide with the annual Space Symposium, which attracts more than 15,000 people to The Broadmoor for a four-day conference on military and civilian space issues. The campus will hold an open house from 1 to 4 p.m. Wednesday for about 500 symposium participants.

Amid the Pentagon’s full-court press at the Space Symposium to establish a Space Force, stars appeared to be aligning Tuesday for Colorado to …