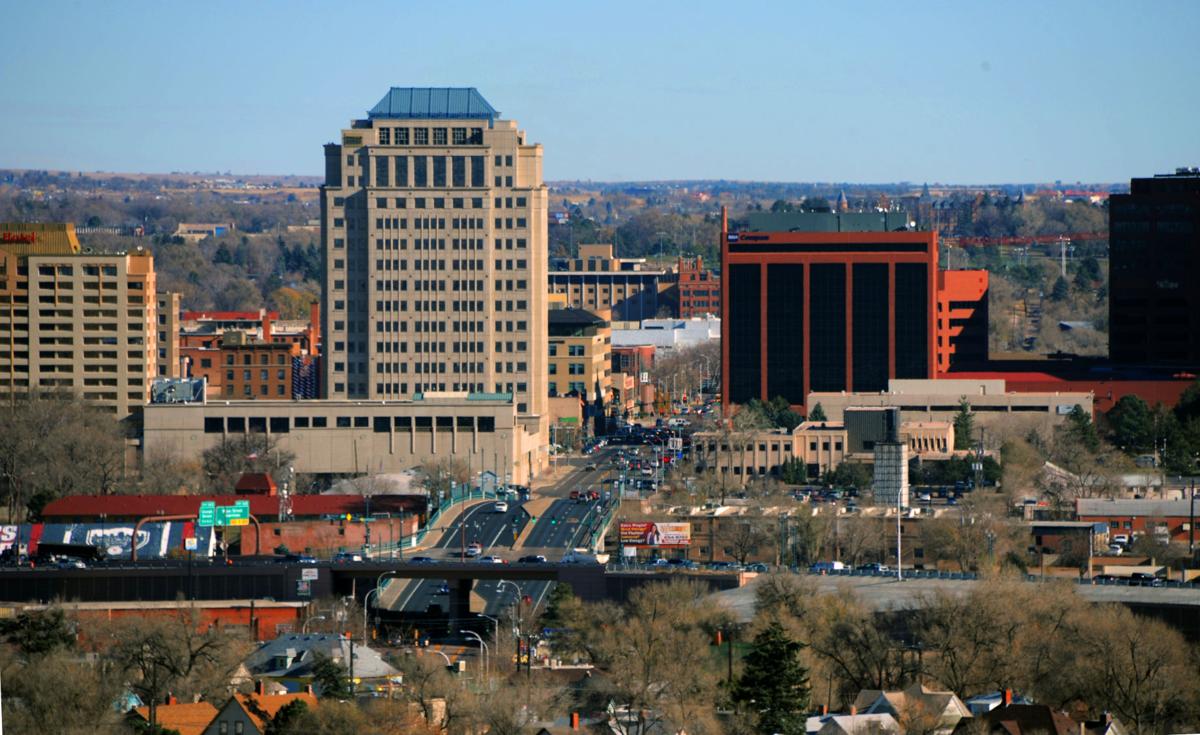 For most of the past three decades, Colorado Springs has attracted both residents and businesses with a reputation as a cheap place to live and operate a business.

A new study by GOBankingrates.com found that a Colorado Springs resident making the median income of $58,158 would need to add more than $25,000 in earnings to "live comfortably" in the city. The study measured housing (both rental and purchased), groceries, utilities, transportation and health care costs and compared those costs on an annual basis with the median U.S. income.

Colorado Springs ranked No. 3 in 'Best Places to Live' survey

Costs for housing and other basic needs jumped 38.2 percent in the past three years, driven largely by surging housing and transportation costs, according to the GoBankingrates.com study. That is several times faster than income growth during the same period, forcing many residents to find ways to stretch their budgets by cutting costs anywhere they can to help make ends meet.

Last year's study initially found Colorado Springs had the fastest-growing cost of living among all 50 metro areas at 35.6 percent, a number first reported in Forbes magazine. However, GoBankingrates.com changed how it calculates the cost of living, and that cut the increase nearly in half by making revisions in both the housing and transportation components.

Andrew DiPietro, lead researcher and analyst for ConsumerTrack Inc., which owns and operates GoBankingrates.com, said the study shows the cost of living in Colorado Springs has caught up to the national average after starting out well below the average. Since the increases in the past two years have moderated somewhat, when compared with the national average, DiPietro isn't worried that the Springs will soon become a high-cost city like those on the East and West coasts.

"Colorado Springs is actually in a sweet spot because the cost of living has slowed down, especially in comparison to Denver, which continues to increase significantly," DiPietro said. "I would expect to see continuing price moderation (in Colorado Springs), especially since a lot of the economic signs are starting to point to a slowdown later this year or early next year. That typically cools off the housing market."

Tom Binnings, senior partner of Summit Economics, a local economic research and consulting firm, who analyzed the GoBankingrates.com study for The Gazette, said the cost of living is rising more slowly in the past year or so because housing prices are moderating after a big surge in 2016 and 2017, and apartment rents are starting to flatten. He expects the local cost of living to remain at or near the national average.

Rising prices are a byproduct of living in a desirable area, said Bert Sperling, founder and CEO of Sperling's Best Places, which ranks cities and towns by a variety of criteria. Colorado Springs was ranked last year as the nation's most desirable place to live by U.S. News & World Report. That desirability is prompting more people to move here, which he said is pushing up prices for housing and many other basic needs.

"The cost of living is going up quickly in Colorado; it is no longer an undiscovered gem. Denver is increasing in desirability and livability, and Colorado Springs also is going that way," Sperling said. "People are gravitating to more affordable places that are also good places to live, and many of them are coming from higher-cost areas along the coasts, so they are reducing their cost of living from where they were."

But residents of Colorado Springs and other highly desirable areas have to pay those rising costs, often without higher incomes to help them afford those costs, leaving some behind and struggling to make ends meet, Sperling said. That sometimes forces those without room in their household budget to look for ways to cut their cost of living, often by moving to lower-cost suburbs or adjacent cities, he said.

"Those who get priced out by new arrivals are often the people who already live in a desirable city, such as people earning lower incomes or those on fixed incomes, such as older residents," Sperling said. "People making less money get the short end of the stick as a place becomes more desirable and prices go up. There doesn't seem to be a way of avoiding that other than becoming less desirable."

Carolyn Schultz, 62, is one of those economic casualties of a rising cost of living. She worked 10 years for Jefferson County before leaving a year ago for North Carolina after her rent doubled in four years. She was hoping to find a lower-cost place to live where she didn't have to work two jobs, but ended up returning to Colorado seven months later, unable to find a job and needing to come back for family reasons.

She came to Colorado Springs to be near her son and ended up living in her car for a month before she got a job at Ecumenical Social Ministries through a special federal program to help bring more workers back into the job market. She is grateful to have a job, but doesn't make enough to pay the rent on her two-bedroom southeast Colorado Springs apartment and needs help from her son to afford $880 a month for rent and utilities.

"I work with homeless and nearly homeless people every day and I am worried not only for our clients but also myself about becoming homeless. It is my greatest fear," Schultz said. "I am cutting expenses like cable and my phone plan, but I expect I will eventually have to get a second job again so I can pay all of my bills."

A rising cost of living hasn't yet made it too difficult for Colorado Springs employers to attract workers to fill openings, even low-wage, entry-level positions, said Dirk Draper, CEO of the Colorado Springs Chamber & EDC. But the chamber targets its economic development efforts at attracting employers who pay significantly more than the county's average annual wage of nearly $50,000 — last year helping to bring in more than 1,500 jobs paying an average annual wage of more than $62,000.

"There isn't a healthy city in the country that doesn't have work force challenges," Draper said. "Some employers have no problem filling openings, others say they can't find the right person — it seems to be a company-by-company situation. I haven't seen a pattern by industry or wage level. It is clear that we have become more expensive compared with other cities that employers benchmark us against."