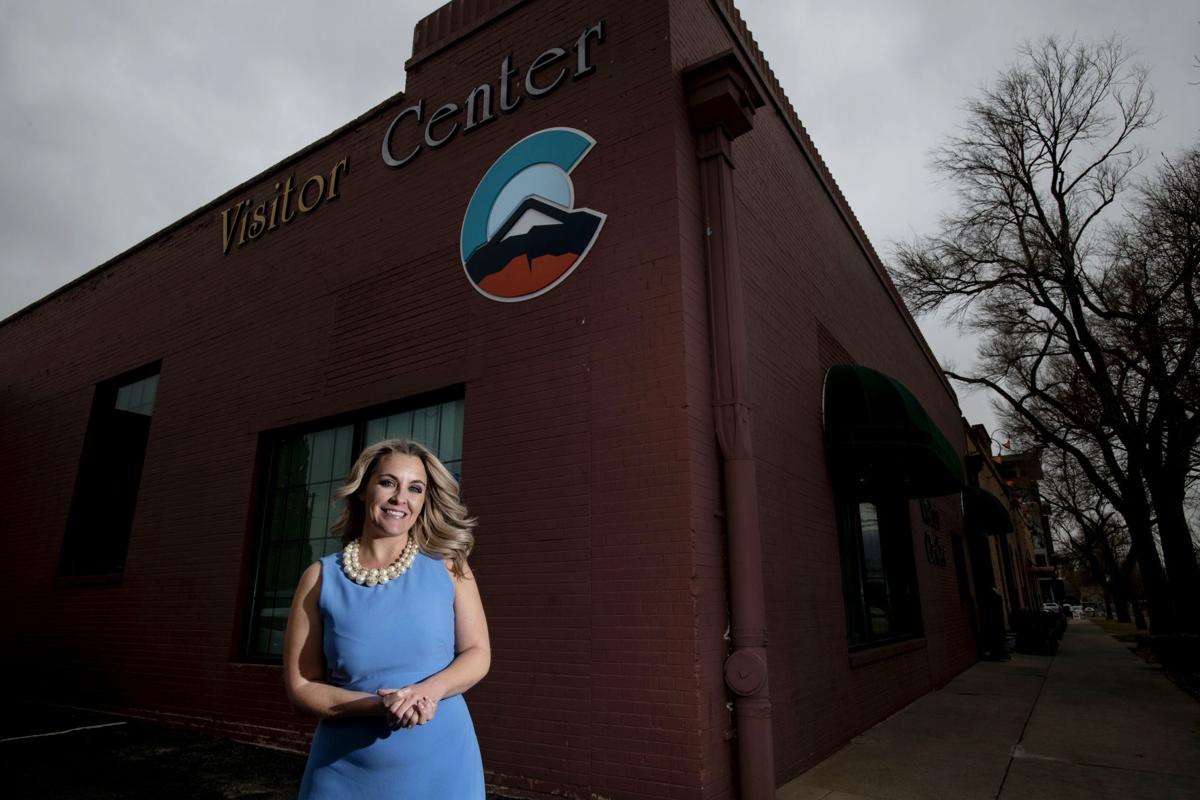 Chelsy Offutt, director of communications for Visit Colorado Springs, is a finalist for the Mayor’s Young Leader Awards. 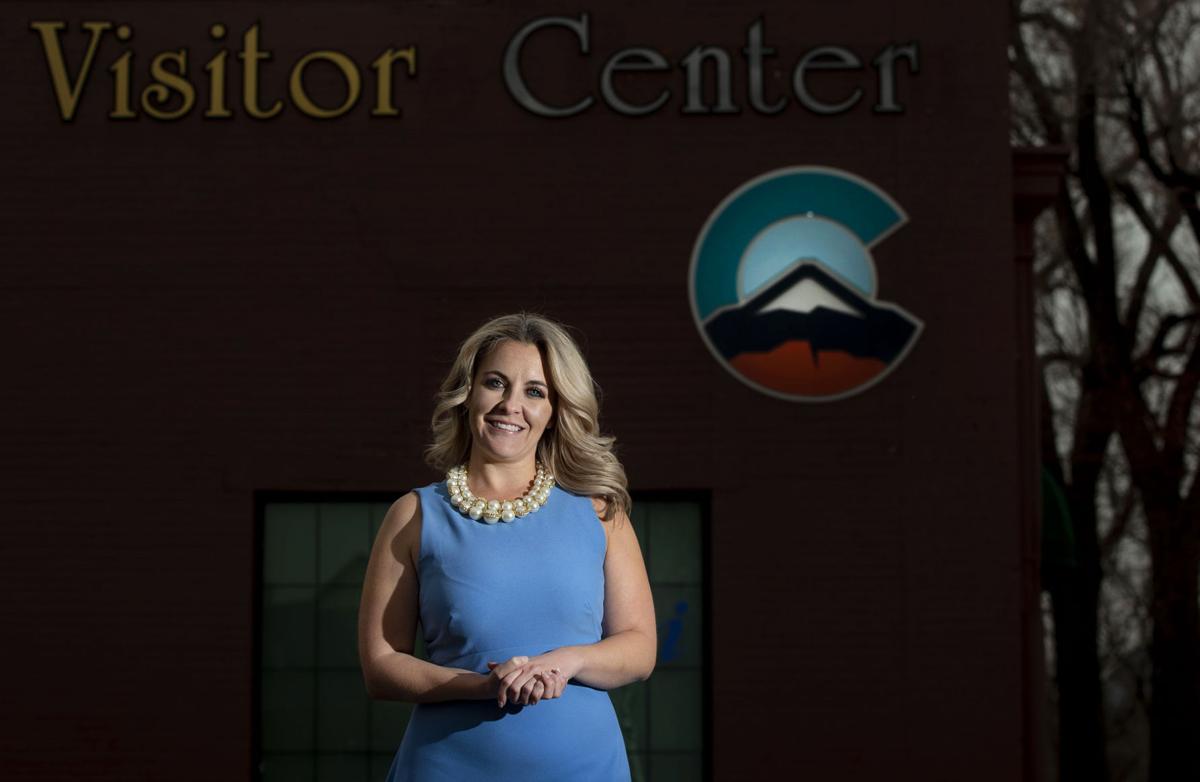 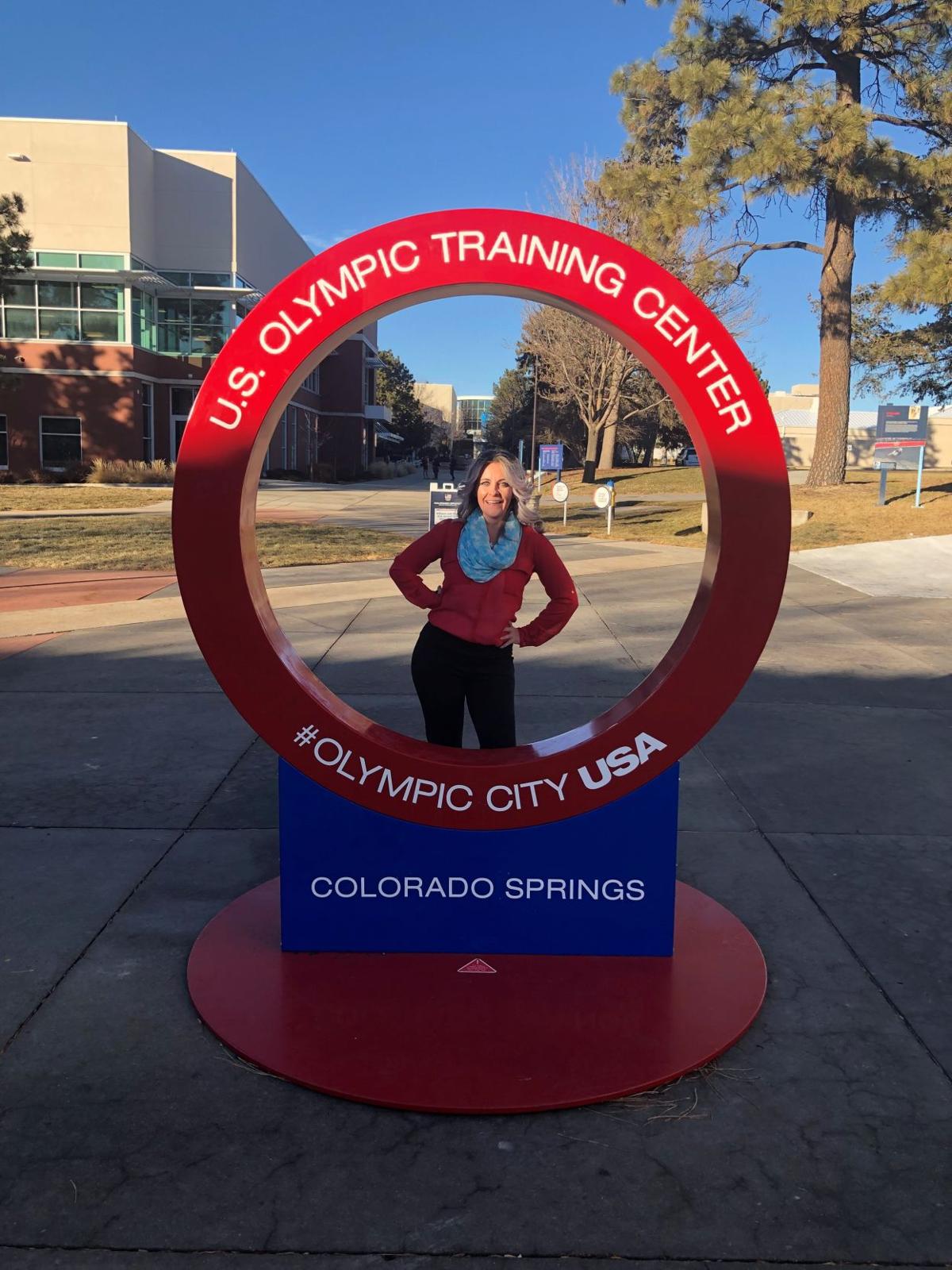 Colorado Springs’ branding as Olympic City USA is key to the efforts of Visit Colorado Springs, but “it will never be our whole brand,” Chelsy Offutt says. The area has been branded by the Colorado Tourism Office as Pikes Peak Wonders.

Chelsy Offutt, director of communications for Visit Colorado Springs, is a finalist for the Mayor’s Young Leader Awards.

Colorado Springs’ branding as Olympic City USA is key to the efforts of Visit Colorado Springs, but “it will never be our whole brand,” Chelsy Offutt says. The area has been branded by the Colorado Tourism Office as Pikes Peak Wonders.

You might think, Chelsy Offutt says, that Visit Colorado Springs, the area's convention and visitor bureau, has it pretty easy.

After all, we've got Pikes Peak. We've got Garden of the Gods. Do we really have to sell the place to get people here?

"People do not realize what a big and competitive industry the tourism industry is," she says. "They think ... people will just come. And sure, people will come. But when you think about how people can choose anywhere in Colorado, or the country, or the world, we have to be top of mind; we have to invite people to come here."

Offutt, 35, has been with Visit Colorado Springs for 11 years, starting as public relations manager before being elevated to director of communications. As a Springs native, it's her job to help sell her "own backyard," as she puts it, to media and tourists around the globe.

It's a job dominated more and more by social media.

"When I started," Offutt says, "social media was new. I was the one who started all of our social media accounts. It's been amazing to see it go from a small tactic to a full-time job in itself. So I do all the social, from blog posts to newsletters to Pinterest to YouTube to Instagram to Facebook. It's a lot."

THE IMPACT OF TOURISM

• Travel and tourism pump more than $6.6 million per day into the local economy.

• Tourism is the third largest employer in the Pikes Peak region, providing more than 20,000 jobs to residents generating $474 million in earnings

At times, she has to work to dispel misunderstandings about the Pikes Peak region. "A lot of people new to Colorado," she says, "think everything is freezing and covered in snow. We struggle with that a little bit." And after natural disasters such as wildfires or flooding hit the state and make national headlines, she has to confront fears such as, "Oh my God, is Pikes Peak still there?"

Colorado Springs' branding as Olympic City USA is a key focus, but not the only focus, Offutt says, since Visit Colorado Springs represents the whole region. The Colorado Tourism Office last year did "a huge rebranding" that saw the area renamed Pikes Peak Wonders — as opposed to the less-than-exciting label of the south central region, as it had been known for two decades.

"We're super happy with that," Offutt says of the change. She's also excited about upcoming additions to the tourism landscape, such as the U.S. Olympic & Paralympic Museum and Hall of Fame and the new summit complex atop Pikes Peak — "world class" attractions that she believes will be "reasons why people come the first time or come back."

"I feel like one of my biggest challenges is we have so much," she says. When a travel writer visits, for example, she doesn't just dwell on the must-sees, such as Pikes Peak or Garden of the Gods, but may point out lesser-known attractions, such as Paint Mines Interpretive Park in eastern El Paso County or the National Museum of World War II Aviation in Colorado Springs.

"Part of our long-term strategic plan is looking at these hidden gems and how do we move people to different places so they're not all at the same place at the same time. ... You have to give everybody a little bit of love."

Offutt did not grow up with dreams of being in P.R. She first wanted to be a ballerina, but with her lack of coordination, "that was out pretty quickly."

"For a long time," she says, "I really wanted to be a dolphin trainer and marine biologist, until I realized you had to cut up fish every day and touch them."

At the University of Colorado at Colorado Springs, she started with business school. But struggles with math and economics classes caused her to reevaluate. She switched to a communications major — and graduated with honors with a degree in media management, advertising and public relations.

"When you find your passion and what you're good at, it makes all the difference in the world," she says. Her new field appealed to her creative side; she had grown up writing poetry and short stories.

"So I feel I've always been a storyteller, and P.R. is really in that realm."

After graduating, she worked for a direct mail/newsletter company, writing pieces for real estate companies and car dealers and developing a passion for marketing and P.R. When the economy turned sour and she was told she was losing her health benefits, she started looking elsewhere and landed the job at the visitor's bureau.

When Doug Price came aboard a couple of years later as president and CEO, "Chelsy was still learning the multi-faceted world of tourism communications," Price said in an email. "She was eager to take on the learning curve, especially of social media. Chelsy is well-versed in public relations and keeps on top of new industry trends. She does very well on camera and in any public setting representing Visit Colorado Springs. I can always rely on her for effective talking points and she is prolific in writing newsletters, advertorial and press releases."

And, he says, she's fun to work with: "Very positive attitude towards life and has lived here her entire life so knows everyone."

This fall, Chelsy graduated from the Colorado Tourism Leadership Journey, a one-year executive training program by the Colorado Tourism Office. She was one of 22 chosen for the Class of 2019, just the second year of the program. The curriculum included required readings, one-on-one mentoring, action learning projects and "experiential learning opportunities" in five Colorado locations.

Chelsey Offutt is among finalists for the sixth annual Mayor’s Young Leader Awards, which were launched in 2015 to celebrate the outstanding achievements of  area professionals age 40 and under.

One winner from each category will be announced during an awards ceremony at 4 p.m Monday at the Ent Center for the Arts on the UCCS campus, 5225 N. Nevada Ave. The awards ceremony was originally set for late October but was postponed because of weather. For ticket information, go to

• Chance Hill, University of Colorado Board of Regents

When she's not working, you might find Offutt and her boyfriend indulging in their passion for paddle boarding. She also has two Labrador retrievers that, along with her boyfriend's two big dogs, keep them busy. And while she's very familiar with the treasures in her backyard, she relishes traveling and discovering the gems in other spots.