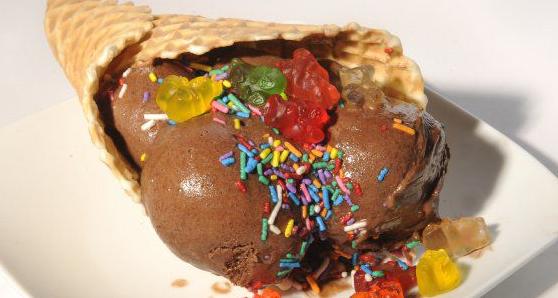 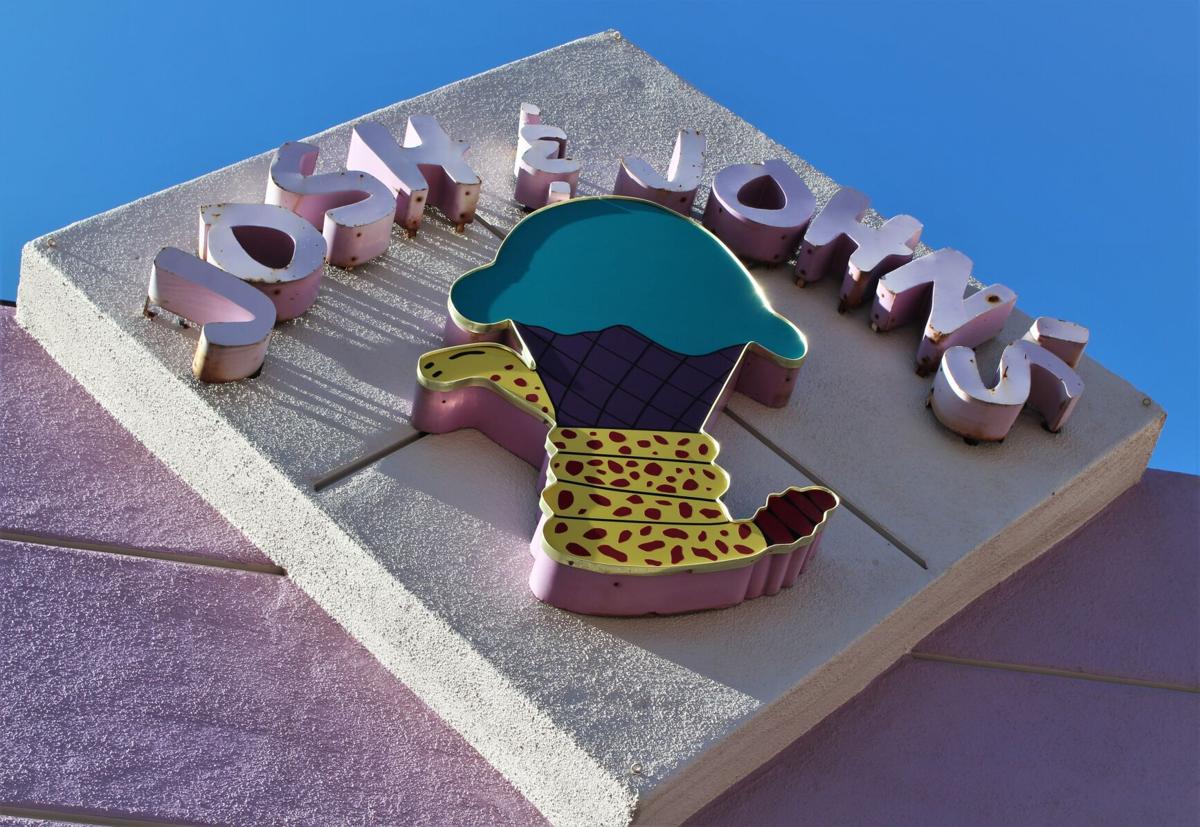 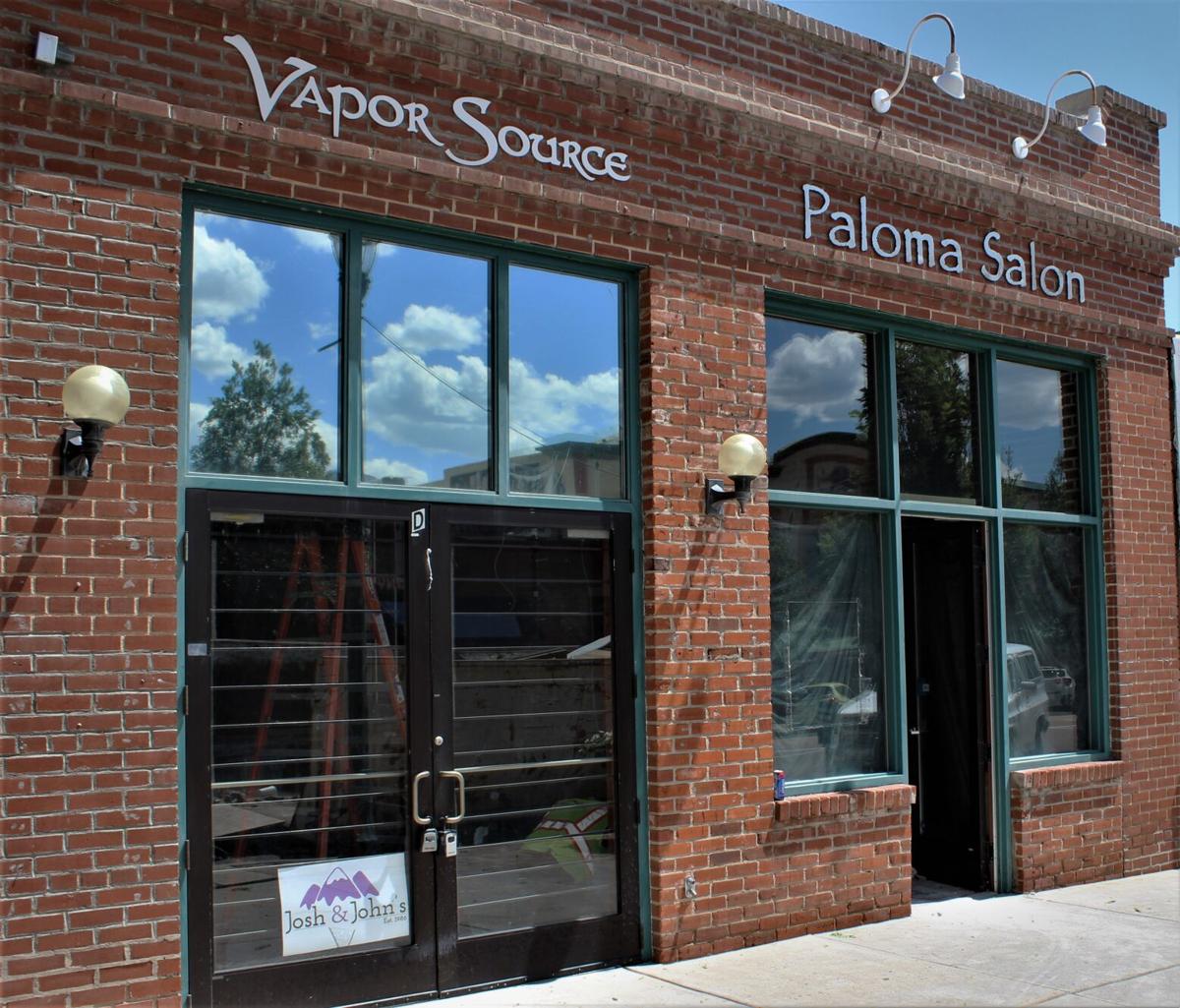 Downtown ice cream favorite Josh & John’s plans to move from its longtime home at 111 Pikes Peak Ave. to 333 N. Tejon St., where it will take over spaces that formerly housed a Vapor Source store and Paloma Salon. Work is underway at the Tejon Street site, where Josh & John’s is targeting an opening around Oct. 1. BILL RADFORD, THE GAZETTE 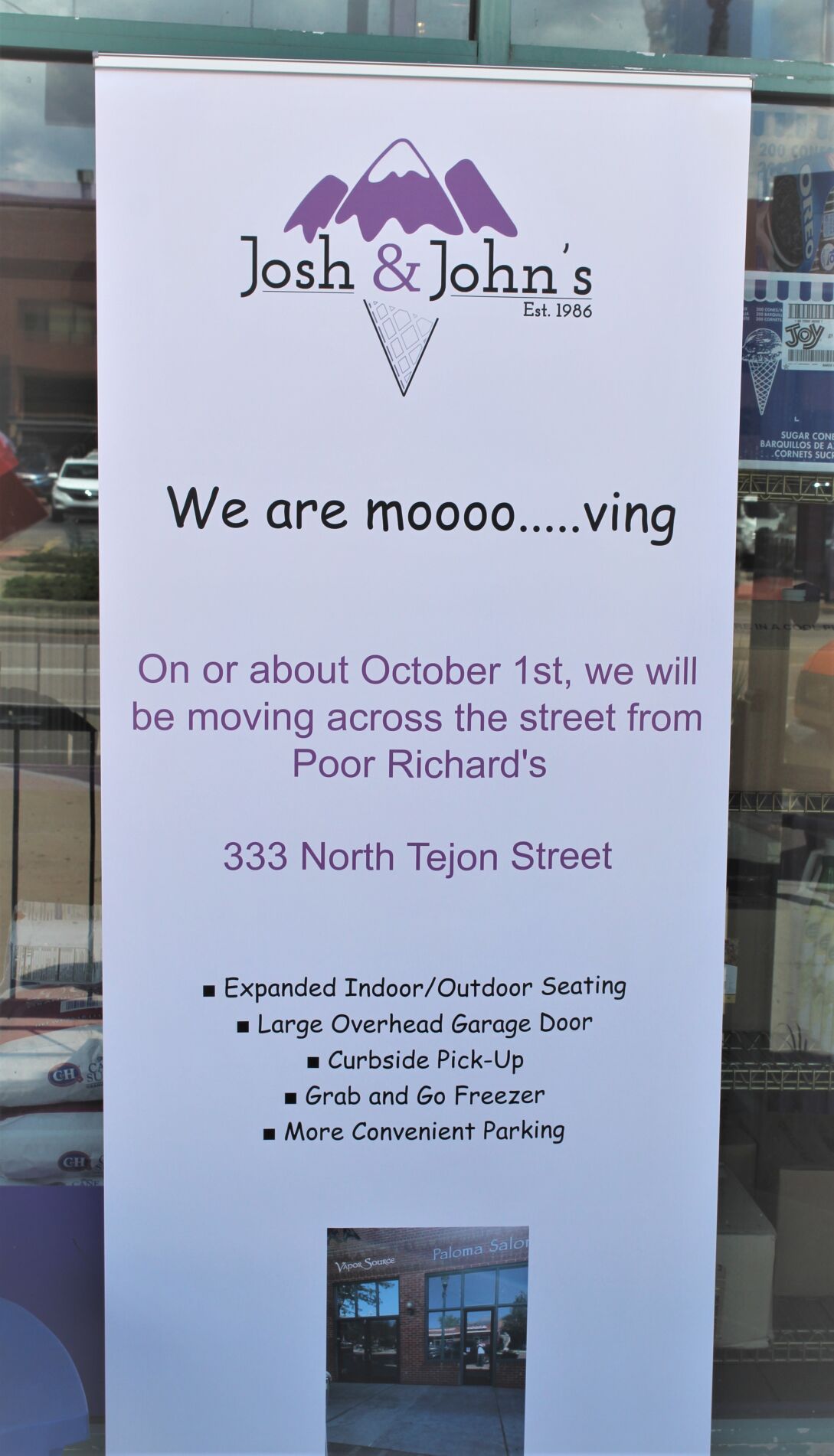 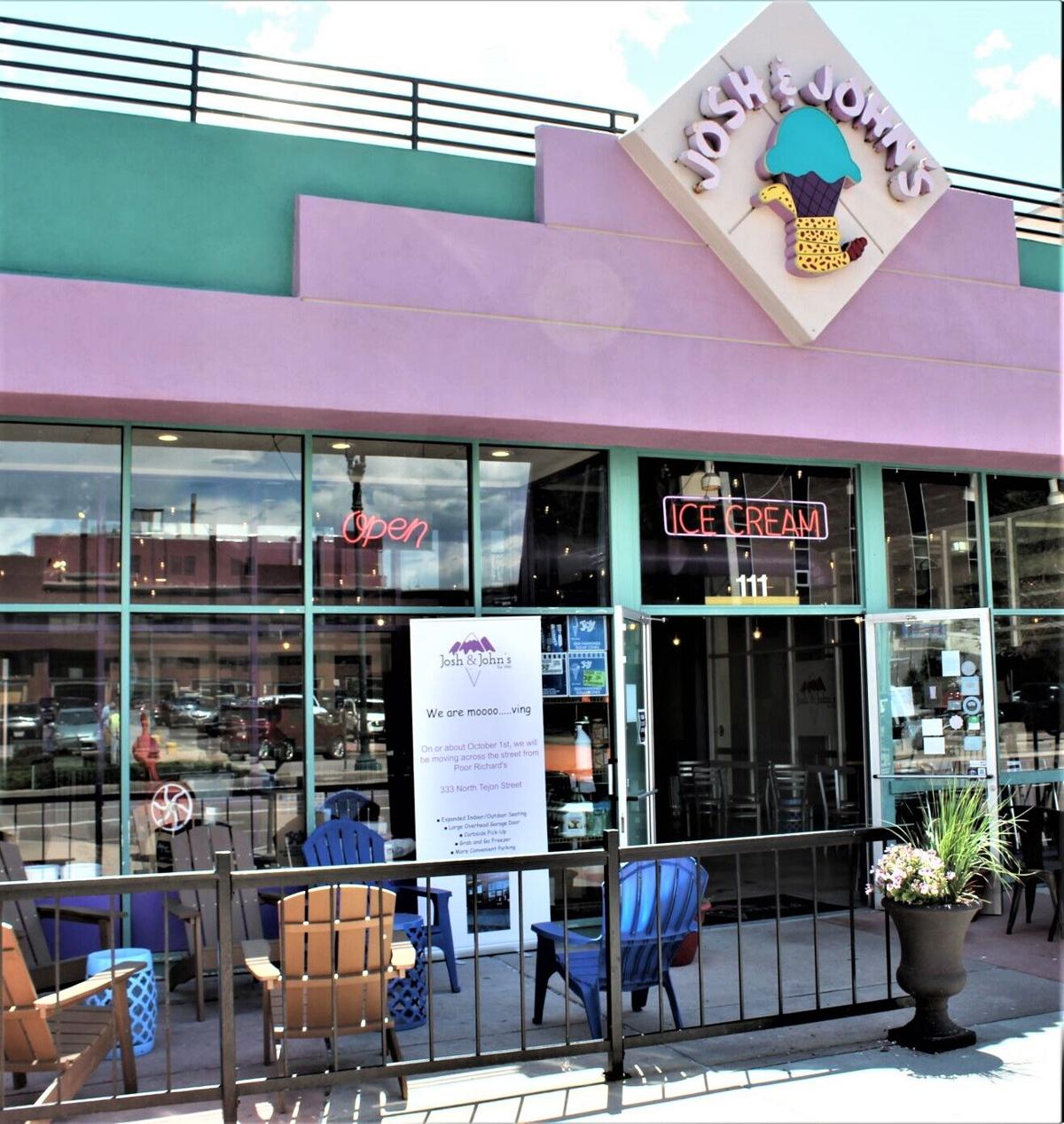 Downtown ice cream favorite Josh & John’s plans to move from its longtime home at 111 Pikes Peak Ave. to 333 N. Tejon St., where it will take over spaces that formerly housed a Vapor Source store and Paloma Salon. Work is underway at the Tejon Street site, where Josh & John’s is targeting an opening around Oct. 1. BILL RADFORD, THE GAZETTE

Josh & John’s is on the move in downtown Colorado Springs, though it isn’t going far.

The popular, slow-churned ice cream store plans to relocate to 333 N. Tejon St., about four blocks north of its home of nearly 25 years at 111 E. Pikes Peak Ave. The new location is targeted to open around Oct. 1.

Husband-and-wife owners Lindsay Keller and John Krakauer say their current lease expires at the end of September, and they began to explore downtown opportunities.

They settled on two side-by-side spaces on North Tejon that were empty before the COVID-19 pandemic hit — a former Vapor Source vapor products store that closed in December and the Paloma Salon beauty shop, which shuttered in 2019.

The spaces will be combined into a single, 2,200-square-foot storefront that Josh & John’s will lease in an 82-year-old brick building that also houses a Louie’s Pizza restaurant. Remodeling is underway and a wall separating the two spaces has been taken down, Keller said.

Though they liked their Pikes Peak Avenue location in downtown’s core and next to the Kimball’s Peak Three Theater, Keller said she and Krakauer were attracted to North Tejon. The area is home to several restaurants, bars and businesses.

“The energy on that block is so fun,” Keller said. “With Wild Goose on the other corner with Rasta Pasta, and Poor Richard’s across the street and Four (by Brother Luck) and Odyssey, some of our favorite spots in all of downtown are right there in that section.”

And while Josh & John’s no longer will have moviegoers next door, it hopes to tap into students and faculty at Colorado College five blocks to the north, where an indoor arena is under construction and set to open next year.

The North Tejon store will be slightly smaller than the Pikes Peak Avenue one, though Josh & John’s this year opened its northwest side ice cream manufacturing plant and no longer needs store space for production. Josh & John’s also has stores on the Springs’ north and northwest sides and one in Fort Collins that opened in June.

Josh & John’s will retain existing double doors on the north side of its new space and plans to add an overhead garage door — trendy for many restaurants and bars — on the south side that can be opened to allow indoor seating to expand outside onto the Tejon Street sidewalk.

Changes at the Tejon store also will allow an even bigger focus on customer service, Krakauer said.

A new concrete, polished floor will need less cleaning so that employees can spend more time with customers, he said. Curbside pickup and grab-and-go orders will be available with a revamped store layout, while a longer counter will keep customer lines moving faster, Krakauer said.

“Lindsay and I are really excited about the opportunity to spruce the place up,” Krakauer said of the new location. “We’ve learned a lot over the last 35 years and so this is an opportunity to make it exactly what it is that we want. This spot kind of lends itself to that.”

In spite of the pandemic’s effects on the local economy, Keller said sales have been strong in what has proven to be a busy summer.

”We’ve received a number of comments this summer from folks who feel like going to get an ice cream cone is the only normalcy that they have, and how grateful they feel for that,” she said. “That’s been really overwhelming and awesome.”