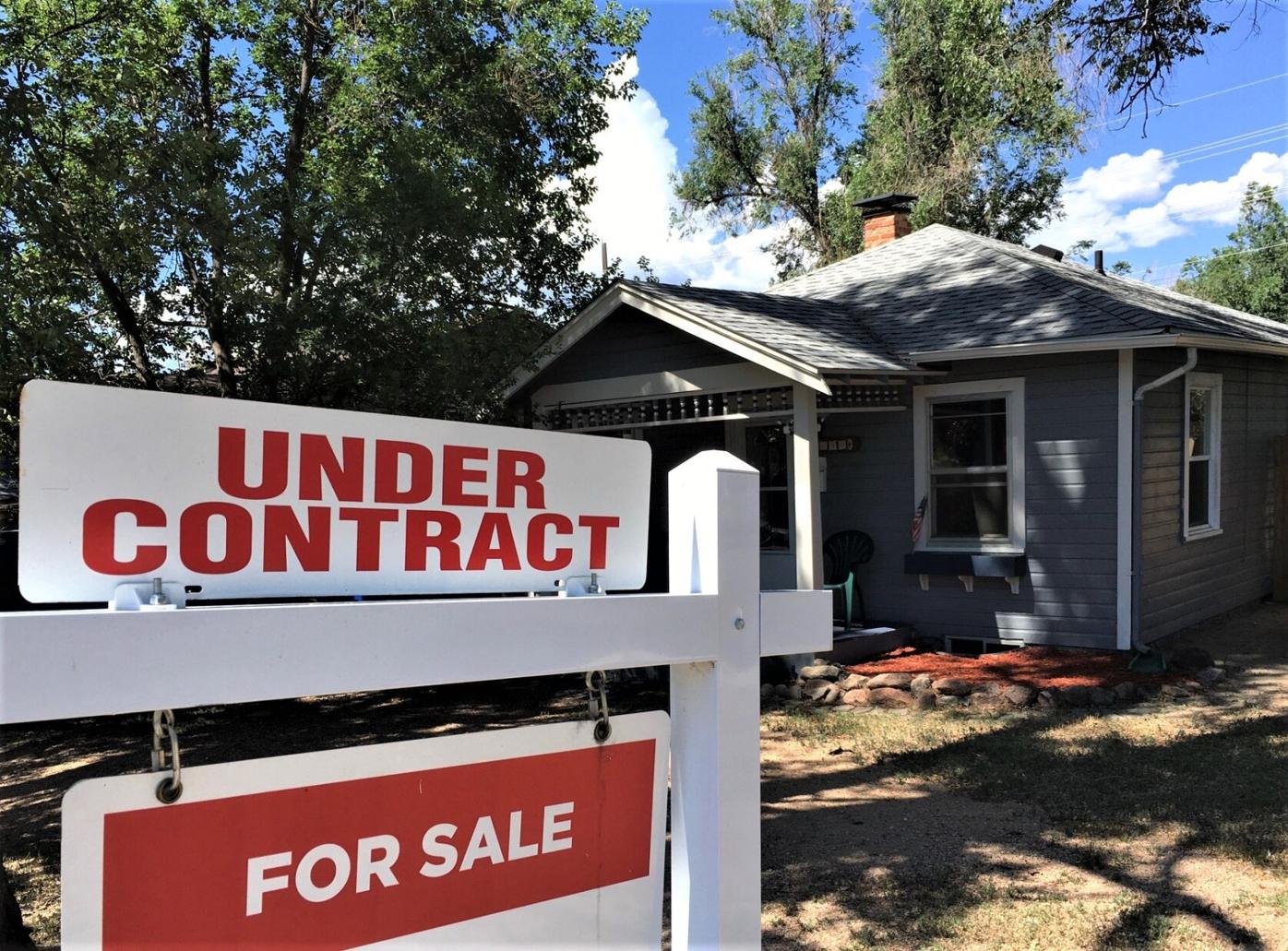 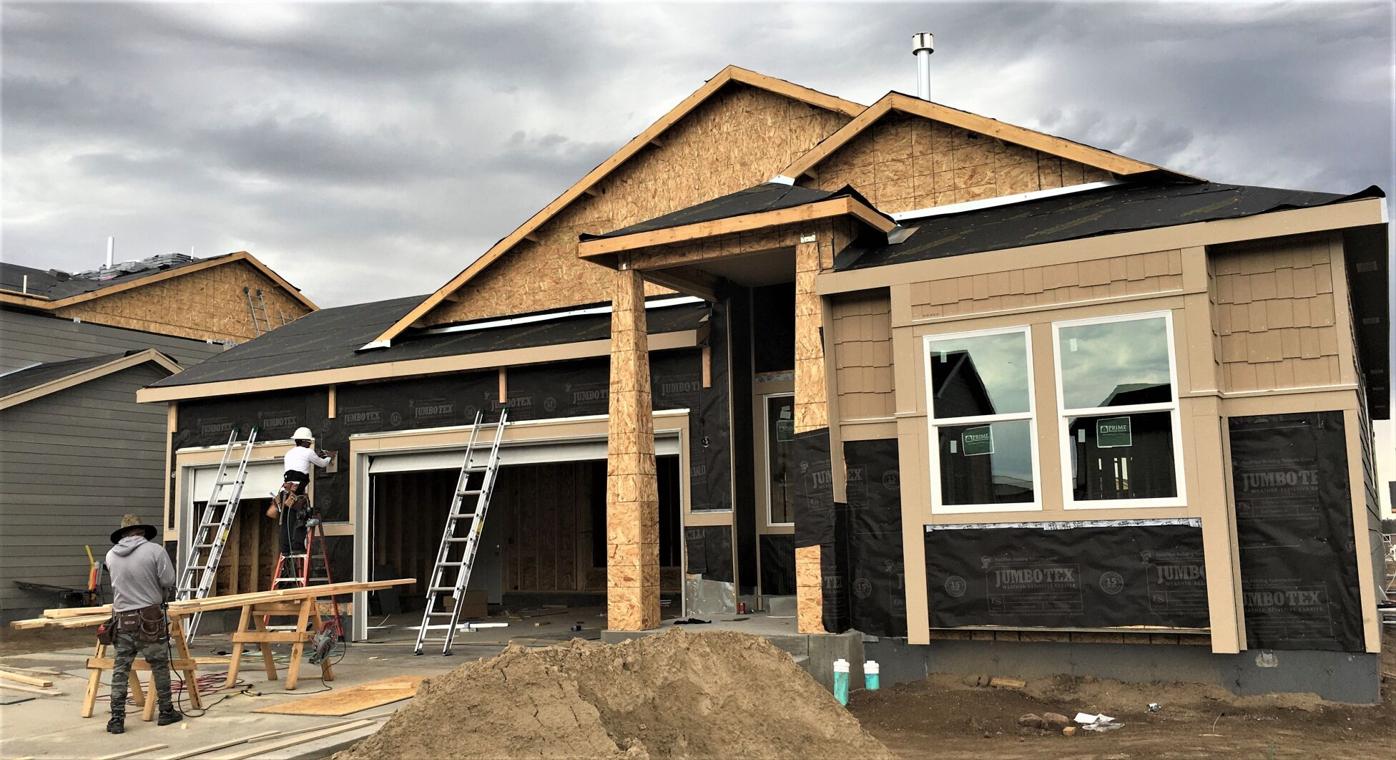 The pace of Colorado Springs-area home construction jumped nearly 42% in August when compared with the same month a year ago, as buyers were spurred by low mortgage rates and a tight supply of homes for sale on the resale side of the market.

The pace of Colorado Springs-area home construction jumped nearly 42% in August when compared with the same month a year ago, as buyers were spurred by low mortgage rates and a tight supply of homes for sale on the resale side of the market.

The Colorado Springs-area housing market sizzled during the dog days of summer, as home prices surged to another record last month, sales spiked and the pace of residential construction climbed to a nearly two-year high, according to a pair of industry reports.

A steady demand for homes and historically low mortgage rates have triggered housing market gains, which stand in contrast to the job losses, business closures and other economic hardships triggered by the COVID-19 pandemic.

The median price of Springs-area single-family and patio homes that were sold in August climbed to $380,000, a 15.2% jump over the same month last year and topping the previous record high of $377,000 set just in July, a Pikes Peak Association of Realtors' report shows.

The median refers to the midpoint of all sale prices; in August, half of the homes sold went for less than $380,000 and the other half went for more.

Prices are soaring, in part, because of a furious demand. Single-family home sales totaled 1,771 in August, the second highest monthly tally on record and trailing only the 1,978 homes sold in July, according to the Realtors Association report and Gazette historical data.

Through the first eight months of 2020, Springs-area home sales totaled 10,946, a 1.5% increase over the same period last year, the association's report shows.

In many cases, sellers continue to field multiple offers on homes, which are snapped up in a matter of days, Van Wieren said.

In August, homes stayed on the market for a median of just four days before selling, he said.

Van Wieren said he recently represented a seller whose home went on the market on a Friday with a list price of $300,000. The first offer came in that day; two more were received Saturday; and the home was under contract by Sunday. All of the offers were for substantially more than the $300,000 asking price, he said.

Except for retail, Colorado Springs commercial real estate holding its own amid pandemic, experts say

Historically low numbers of homes listed for sale also have led to an acceleration in prices.

A paltry 1,077 homes were listed for sale in August, the fewest for any month over at least the last 25 years and the equivalent of less than a month's supply of listings, based on the recent pace of sales, the Realtors Association report shows. In August 2019, there were twice as many homes for sale — 2,194.

Many cities are in the same situation — a shortage of homes caused, in part, because potential sellers hold onto their properties for fear they won't be able to find another house to buy.

Even though many people have lost jobs, others continue to work and some have returned to their jobs, which puts them in a position to purchase a home, he said.

Falling mortgage rates also have helped to fuel the buying spree, he said. This week, 30-year, fixed-rate loans averaged 2.93% nationally, according to mortgage buyer Freddie Mac. That's up slightly from 2.91% last week, but still down sharply from 3.49% a year ago,

And while the Colorado Springs-area economy has seen its share of job losses in recent months, the pandemic actually might have given the housing market a boost, Van Wieren said.

Many people who've worked from home over the last several months — with their school-age kids in tow while learning remotely — have reassessed their housing needs, he said.

Though the housing market has been a boon for sellers, frustration continues to mount for some buyers, he said.

Because fierce competition creates bidding wars for homes, especially those in the highly desirable $300,000 neighborhood, some weary buyers have opted to give up looking and stay on the sidelines, Van Wieren said.

Buyers who can bring cash to the table for their deals often have an advantage over those who are cash-strapped, he said.

If a home appraisal comes in lower than an agreed-upon sale price, the buyer often has to scramble to come up with cash to make up the difference, Van Wieren said. If they can't do so, a deal might fall through, and the seller will turn to another buyer who thought they had lost out.

Don't expect much change in the market over the next few months, Van Wieren said.

Pending home sales — those in which a buyer has contracted for a purchase, but hasn't yet closed on the deal — totaled 3,062 in August, the Realtors Association report shows. That means a steady flow of transactions will take place over the next several weeks.

The new-home side of the local housing market also saw a strong August, according to a Pikes Peak Regional Building Department report.

Last month, the agency issued 413 permits for the construction of single-family homes in El Paso County — a nearly 42% year-over-year increase and the most for any month since 419 permits were issued in November 2018.

Year to date, single-family building permits totaled 2,832, a roughly 20% increase over the same time in 2019. Permits are considered by economists and industry members as a reliable measure of the health of home construction.

Homebuilders have credited some of the same factors for the strong new-home market, such as low interest rates. At the same time, the exceptionally tight inventory of homes for sale on the resale side of the market has prompted some buyers to opt for new homes, builders have said.