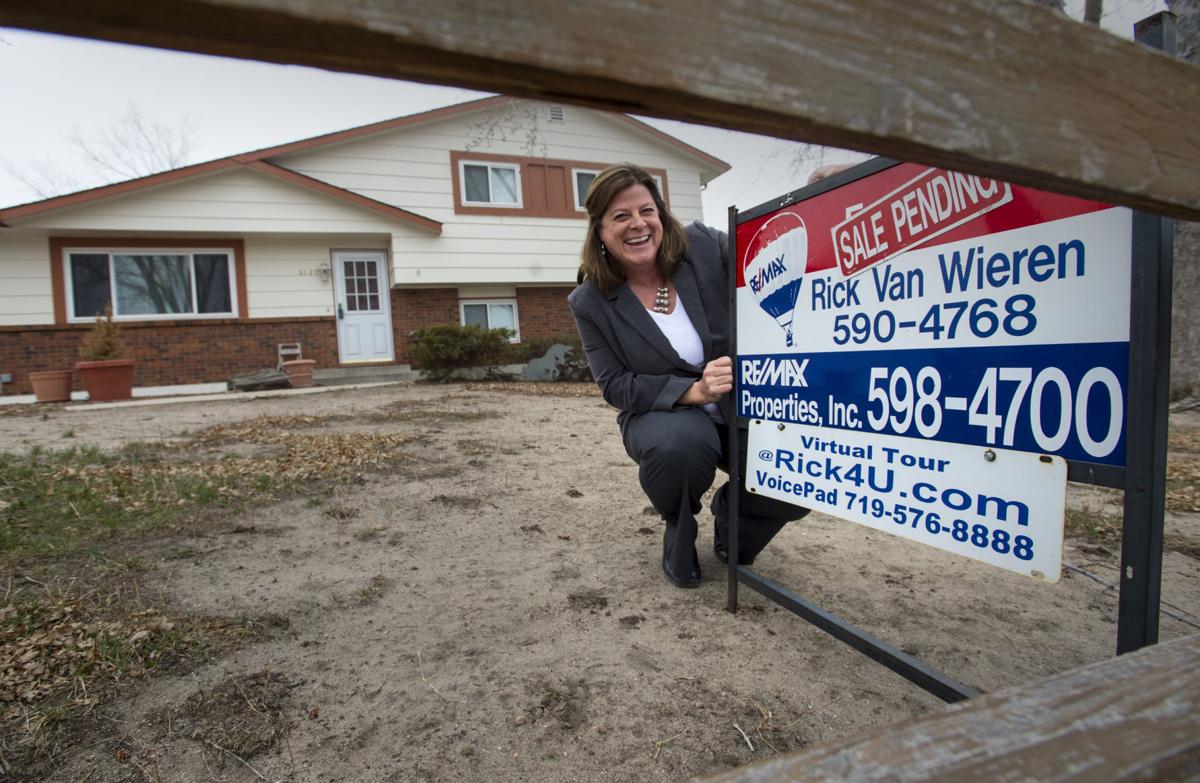 Karen Bisset tried to sell her Colorado Springs home in May 2014 but had no luck. This month she and her husband, Lain, put it up for sale on a Monday and had an offer two days later. (The Gazette, Christian Murdock) 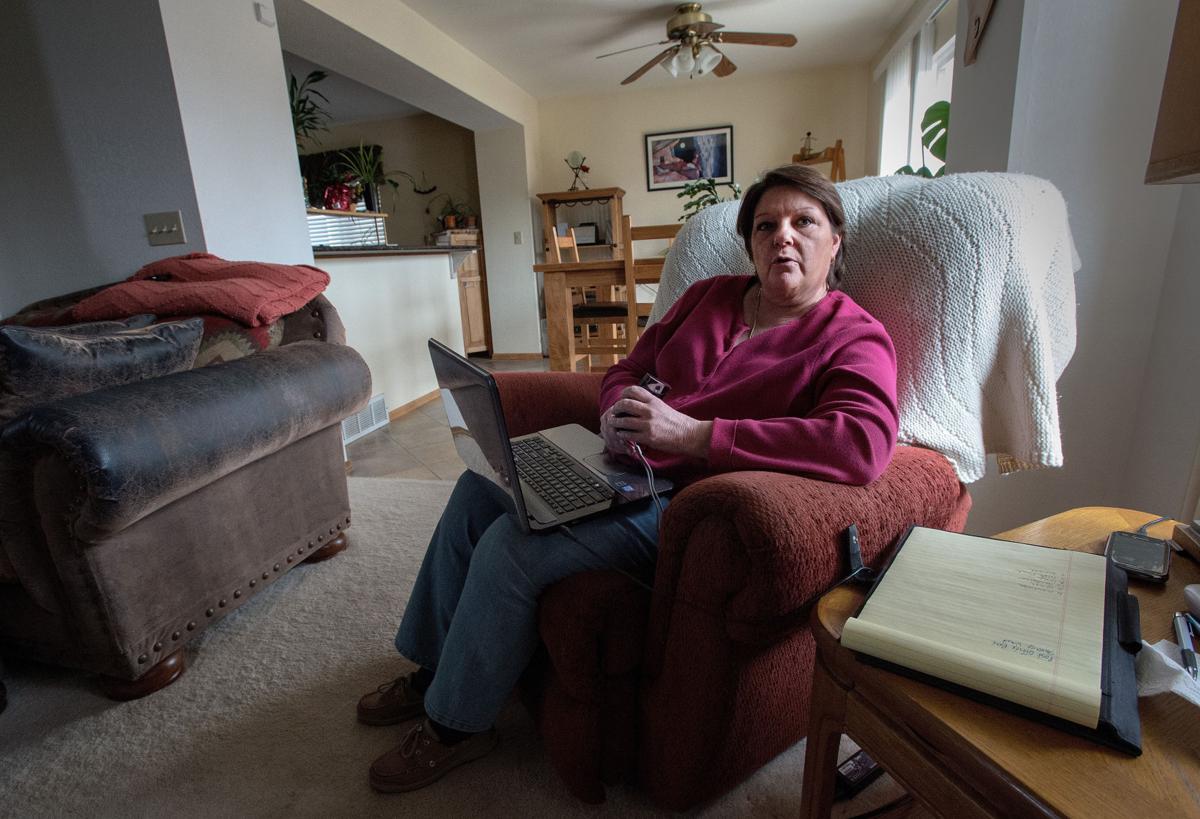 Sue Jordan puts items on Craiglist Friday, March 13, 2015, after she sold her home on Blazing Star Drive in Colorado Springs within a week of putting it on the market. (The Gazette, Christian Murdock)

Karen Bisset tried to sell her Colorado Springs home in May 2014 but had no luck. This month she and her husband, Lain, put it up for sale on a Monday and had an offer two days later. (The Gazette, Christian Murdock)

Sue Jordan puts items on Craiglist Friday, March 13, 2015, after she sold her home on Blazing Star Drive in Colorado Springs within a week of putting it on the market. (The Gazette, Christian Murdock)

Nearly a year ago, Karen and Iain Bisset planted a for-sale sign in the front yard of their northeast Colorado Springs home, which they purchased in 2007 as an investment/rental property. Their tenant was moving out, the economy had improved and the Bissets decided the time was right to find a buyer.

They listed the four-bedroom, three-bathroom house for sale in May. Plenty of showings took place over the next few months, but the Bissets took the home off the market after receiving no offers.

This month, the Bissets tried again. They put their home back on the market on a Monday for $189,900. Just two days later, they received an offer at slightly more than their asking price.

Buyer interest didn't stop there. The Bissets received five more requests to see the home. On Thursday of the same week, and even with an offer in hand, the Bissets received a call from another buyer who wanted to write an offer.

"I was amazed myself," Karen Bisset said. "I knew that it was going to get a lot of showings. I knew that it would probably go quickly. I just didn't think it would go that quickly."

But these days, quick sales are the norm for many sellers. The always cyclical housing market is off to a strong start in 2015, continuing a trend that began last fall and aided by the creation of several thousand local jobs and long-term mortgage rates that remain historically low.

Sales are climbing - especially for owners of $300,000-and-under homes, many of whom are receiving multiple offers. In February, sales jumped 25 percent over the same month a year earlier, the seventh straight year-over-year monthly increase. For the first two months of 2015, sales were up almost 16 percent over the same period last year.

Prices, meanwhile, are on the rise, as sellers typically get their asking price - and sometimes a little more. February's median single-family home sale price of $225,000 increased nearly 15 percent from a year earlier. The inventory of homes for sale has fallen to a 15-year low, which has helped drive prices.

"What's amazing about February, to have the sales up 25 percent over 2014, and have the horrible weather we had?" Joe Clement, broker/owner of Re/Max Properties, said of last month's frequent snowstorms. "It was like, 'What is going on?'"

What's happening is that the resale market in Colorado Springs is recovering after taking its lumps during the recession. More buyers are looking, and the market is tilting toward sellers.

Last week, U.S. Bureau of Labor Statistics showed the Colorado Springs area added almost 4,900 jobs in 2014, nearly three times as many as were first thought based on monthly reports. Thirty-year, fixed-rate mortgages, meanwhile, have remained below 4 percent since mid-November, according to mortgage buyer Freddie Mac.

Another factor: pent-up demand on the part of so-called boomerang buyers, said Mike MacGuire, a partner and owner with The Platinum Group in Colorado Springs. Boomerang buyers? They're homeowners who lost properties to short sales or foreclosure during the recession, but now are bouncing back after working to restore their credit.

"They were out of the market for four to five years and renting, and now want to get back into it," MacGuire said.

"You add all those things together and generally it just creates demand in the marketplace," Van Wieren said.

But even as the market surges, demand for homes isn't across the board; higher-end sales remain slow compared with the rest of the market.

The north side of Colorado Springs and northern El Paso County, meanwhile, are especially strong, MacGuire and Clement said.

An upscale home on a large lot that might cost $580,000 in the Tri-Lakes area north of the Springs probably goes for $650,000 to $700,000 in Douglas County, MacGuire said. Some homeowners with jobs in Castle Rock or Denver would rather buy here and commute to save tens of thousands of dollars in housing costs, which is helping to drive north-side demand, MacGuire said.

And while the Springs-area jobs picture has improved, it's stronger on the city's north side, which has two new hospitals, FedEx's software development and data centers and other major employers, Clement said.

"Right now, the north part of the county is really jamming," he said. "It's good up there."

All real estate - like politics - is local, and sellers must price their homes to reflect the comparable properties in their neighborhoods, MacGuire said. Many buyers will do their homework ahead of time using online real estate services and know what a house is worth, he said.

"Before someone even walks through your front door," MacGuire said, "they've done all this research to look at your pictures seven to 12 times. They've looked at it on Google Earth, they did Zillow, they did Trulia. If you're not getting showings and you're not getting the activity you need, you've got a price issue."

Added Charles D'Alessio, owner of Synergy Realty Group in Colorado Springs: "Just because there is exuberance in the marketplace doesn't mean you can overprice your house by 20 percent."

But if sellers have priced their homes correctly, buyers can't afford to be complacent.

February's inventory of 2,429 homes listed for sale was the lowest in the Pikes Peak region since December 2000. That means supplies are tight - especially for properties in lower-tiered price ranges that are in high demand.

"A lot of buyers will start looking around at homes, maybe online or with their Realtor," D'Alessio said. "But they do a lot of sleeping on it. They've been trained for the last 10 years or so that it's a buyer's market. And it's hard to untrain them. If you see a house that you even like moderately, you should consider making an offer."

Van Wieren said the window of opportunity for buyers to grab a home in a popular price range is two days - at most.

"If you're a buyer and a house comes on the market," Van Wieren said, "if you're not looking at that house and not making a decision to buy it within 48 hours, you might as well forget it. It's gone."

Colorado Springs resident Sue Jordan had never sold a house and didn't know what to expect when she listed her Stetson Hills home of 18 years in February.

But after her home went up for sale on a Tuesday, a pair of potential buyers arrived the next day for a showing.

By Thursday, Jordan had an offer. And even though more buyers were scheduling appointments to see the house over the coming weekend, Jordan's house went under contract Friday - at her full asking price of $219,000.

"This is the first time I've ever sold a house," Jordan said. "So, I didn't know what to expect. I kept thinking this is going to take months."

Instead, she said, "we never did show it to anybody else. We went under contract that quick."