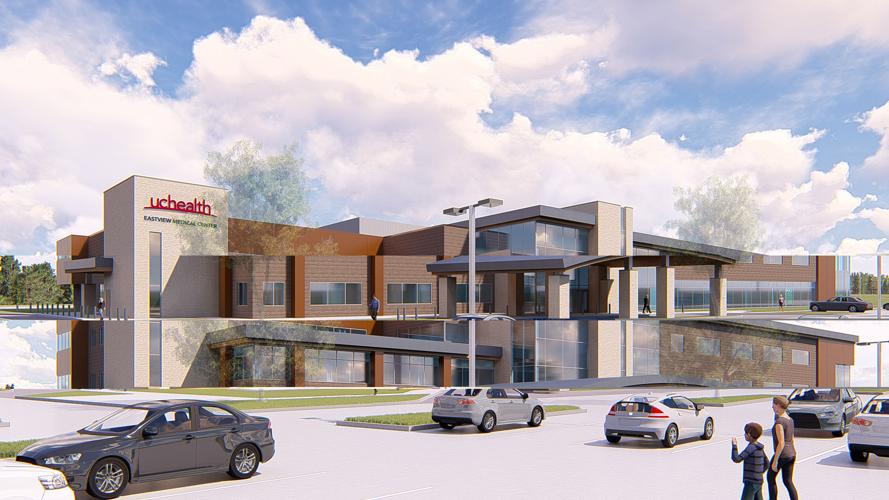 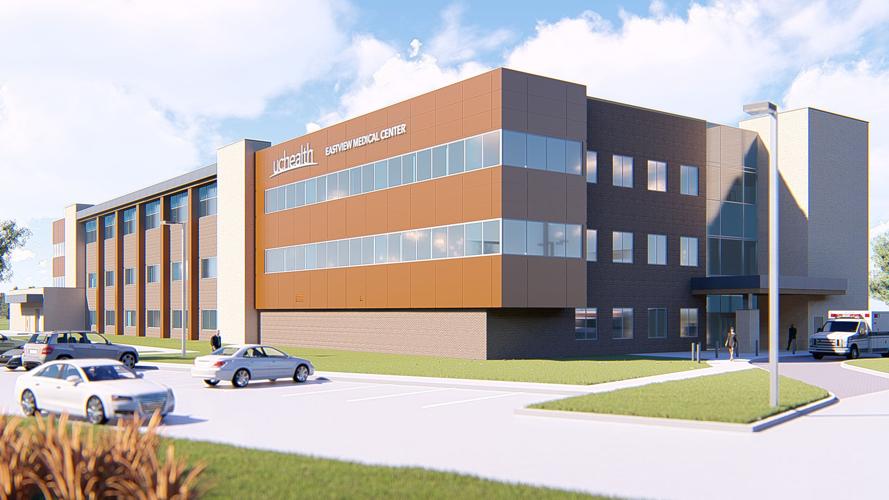 The drumbeat of expansions continues across the Pikes Peak region as competing hospital systems double down on orthopedic and cancer care across Colorado Springs' north and east sides.

UCHealth Memorial Hospital plans to make its first major foray into eastern Colorado Springs, while Penrose-St. Francis Health Services is solidifying plans for a third campus and yet more floors for its fast-rising hospital in northeast Colorado Springs.

The moves come just months after completion of a massive expansion at UCHealth Memorial Hospital North, the opening of an adjacent Children's Hospital Colorado site and completion of two new floors and a new emergency room at St. Francis Medical Center. Together, they cost nearly $400 million.

The pending projects will again stretch into the hundreds of millions of dollars. And they signal a continued push north and east amid the city's fast-sprouting subdivisions stretching north along Interstate 25 and the promise of thousands of new households in Banning Lewis Ranch.

Among the first projects to break ground could be a $109 million medical center for UCHealth just northwest of Powers Boulevard and North Carefree Circle.

The 122,000-square-foot Eastview Medical Center will house an ambulatory surgery center for general surgery patients, as well as orthopedic and urology procedures. It also could include neurology and endocrinology specialties, as well as imaging and lab services.

"We know that with all the population growth in the Powers corridor, consumers are going to demand health care services, and we have to be positioned to meet the demands of the community,” said Yuhas.

"We have primary care practices already on that side of town, but we really don’t have a robust ambulatory footprint."

Construction is expected to start in spring or summer of 2020, with the first patients being seen in late 2021 or early 2022, he said.

Yuhas said a second phase could eventually include inpatient beds. If so, it would become Memorial's fourth hospital campus in Colorado Springs.

"As Banning Lewis Ranch continues to develop, those consumers need inpatient care at some point in time, and where do they go?" he said.

Up to now, UCHealth's presence along the Powers Boulevard corridor has been largely confined to a freestanding emergency room northwest of Powers and Constitution Avenue. That facility was built by Texas-based Adeptus Health and later acquired by UCHealth after a brief partnership with the for-profit company.

The hospital system plans to break ground in spring 2020 for its yet-unnamed campus southeast of Interstate 25 and InterQuest Parkway.

With 50 beds — twice as many as originally planned — and 10 operating rooms, the hospital will specialize in orthopedic and spine care and pull much of those services from the Penrose and St. Francis campuses.

It's the latest salvo in a race between the city's two major hospital systems to provide high-level joint and orthopedic care.

In August, UCHealth announced plans for a sports medicine and orthopedic rehabilitation center of its own on the campus of its boutique Grandview Hospital near North Nevada Avenue and Interstate 25.

It's across the street from the 104,000-square-foot William J. Hybl Sports Medicine and Performance Center — a City for Champions project being led, in part, by Penrose-St. Francis.

Dr. Brian Erling, CEO of Penrose-St. Francis, said the orthopedic and spine focus beat out other specialty focuses for the center, such as cancer and cardiac care.

He expressed hope that the new InterQuest Parkway hospital would offer a "very steady pipeline" for people at the Hybl Center in need of surgery, while freeing space at Penrose Hospital off Nevada Avenue north of downtown which has no room to grow.

"We knew we couldn’t open a third full service hospital – there wasn’t enough demand for that,” Erling said. "But we knew we needed to do something differently to help us meet the market need.

"It’s going to be very special."

The focus on orthopedic care comes as state officials have raised concerns about an “arms race” of hospitals building redundant facilities to compete, rather than complement each other.

Erling said the hospital already embeds behavioral health specialists in its clinics, and there's "more to come" on those issues.

A separate needs assessment by UCHealth Memorial found similar issues, and the statewide hospital system has since pledged $100 million for behavioral health services in the coming years.

Yuhas and Erling said this week they are merely addressing the needs of a fast-growing city and region — both of which have faced bed shortages, the executives said.

For Penrose-St. Francis, that begins with adding capacity to its existing campus in northeast Colorado Springs.

Six new operating rooms are under construction at St. Francis Medical Center, along with space for 12 observation beds connected to the hospital's emergency room. Two of the operating rooms are expected to be completed by late November and the rest by April, Erling said. Each is being built in empty shell space within the hospital's existing walls.

The $12 million project will bring to 16 the number of surgery suites at the medical center near Powers Boulevard and Woodmen Road.

But the hospital won't stop there.

One floor will house intensive and intermediate care wards, and the other is expected to have general purpose inpatient beds.

"The demand is the population's grown up here for higher acuity beds," Erling said. "It's a very different dynamic than it was 11 years ago when we opened, where this was just more mom and baby (care). And now we're getting everything, and we're getting really sick people. So that's where we see the biggest demand."

Plans to renovate Penrose Hospital — largely by replacing the 65-year-old main tower's piping, electrical system and other infrastructure  — remain in the cards.

A first step will likely come in fall 2020, when Erling expects two oncology specialties — breast and OB-GYN care — to move northeast to a massive new cancer center being built on the St. Francis campus.

That will free space for work to begin on the larger renovations at Penrose Hospital, Erling said. Once started, the project could cost several hundred million dollars.

The Gazette's Wayne Heilman contributed to this report.

Another name is being added to the growing roster of Denver-area restaurants expanding to Colorado Springs.