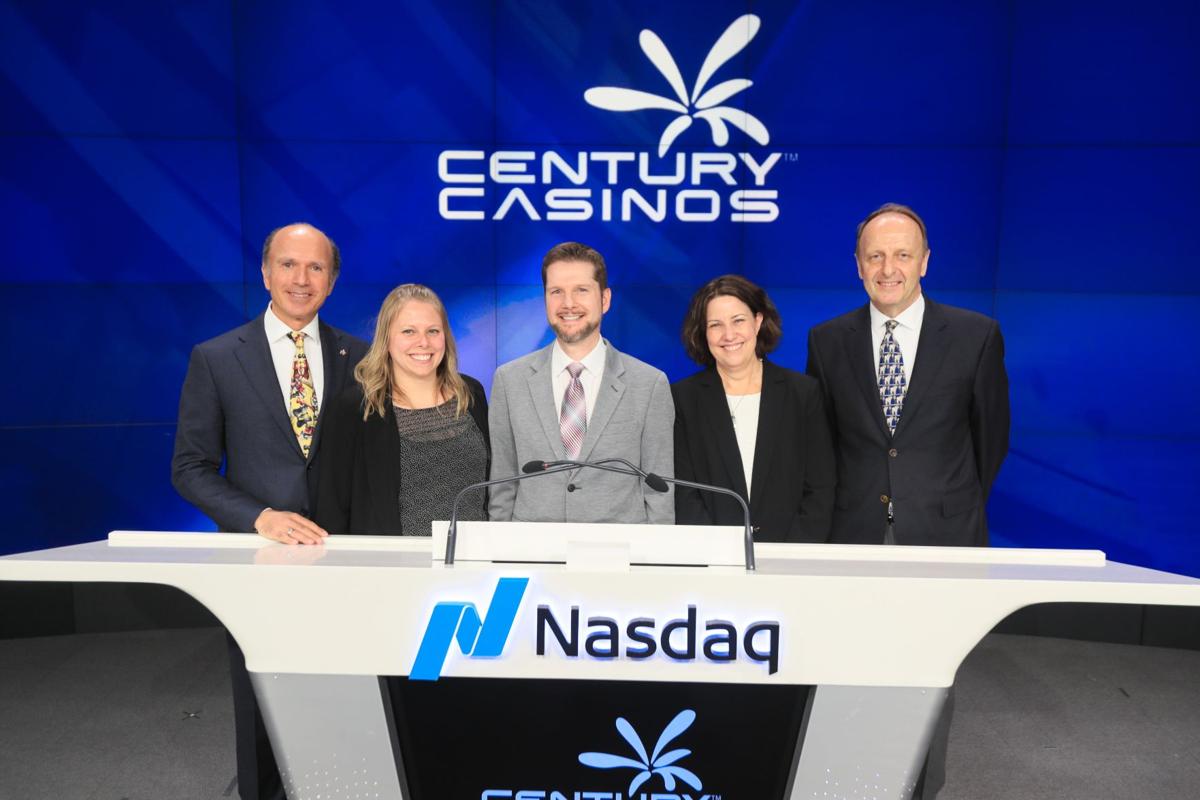 The Isle Casino in Cape Girardeau, Mo., was acquired by Century; the company also plans to sell a casino in Vietnam and end contracts to operate casinos on six cruise ships. 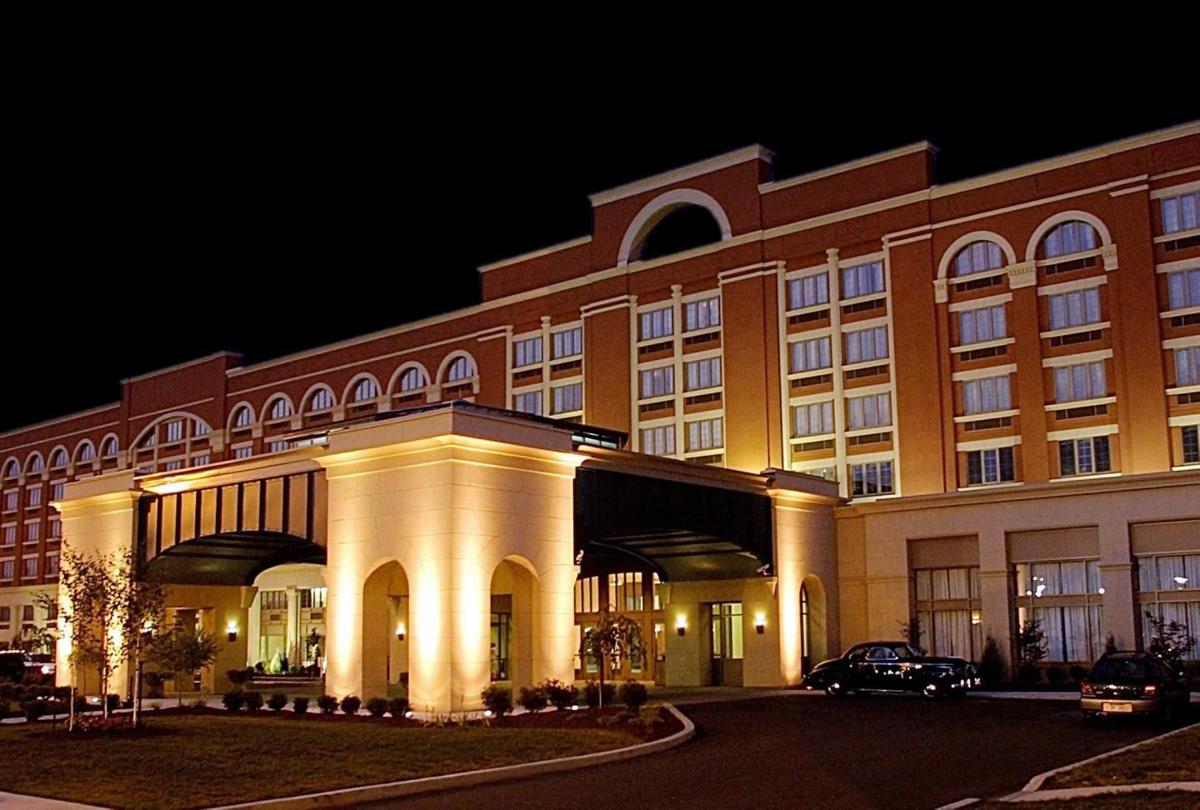 Century Casinos acquired the Mountaineer Casino, Racetrack and Resort in New Cumberland, W.Va., and two other gaming complexes from Eldorado Resorts in December.

The Isle Casino in Cape Girardeau, Mo., was acquired by Century; the company also plans to sell a casino in Vietnam and end contracts to operate casinos on six cruise ships.

Century Casinos acquired the Mountaineer Casino, Racetrack and Resort in New Cumberland, W.Va., and two other gaming complexes from Eldorado Resorts in December.

Founded in 1992 to open a Cripple Creek casino, Century added operations in Central City, Canada, England, Poland and aboard cruise ships but remained a small player in the $260 billion gaming industry.

In December, the company acquired casinos in Cape Girardeau and Caruthersville, Mo., and New Cumberland, W.Va., from Eldorado Resorts in a deal that will double its annual revenue this year to more than $400 million.

Century announced the deal in June amid a wave of casino industry consolidation and just a week before Eldorado agreed to acquire Caesars Entertainment to create the nation’s largest casino operator.

Eldorado later announced deals to sell three other casinos to help pay down debt and raise cash for the Caesars transaction.

Industry consolidation is showing no signs of slowing and is likely to produce more acquisition opportunities for Century, said president and co-CEO Peter Hoetzinger.

“This is a transformative acquisition for us — it increases the percentage of our operating profit from U.S. operations from 23% to 72% — and to larger and different types of properties — including hotels and racetracks,” Hoetzinger said.

“It is something we have been looking forward to for quite some time. We started looking for growth opportunities in late 2018 and looked at more than a dozen properties. It took a substantial effort to find properties that fit our portfolio and (corporate) culture.”

Larger casino operators such as Eldorado have been unloading smaller casinos to reduce debt and focus their management on larger, more profitable properties, Hoetzinger said.

Century was in a good position when the wave started with low debt and a strong balance sheet, and was licensed to operate in the U.S., Canada and Europe, making it an attractive buyer because it could finance deals and complete them quickly, he said.

“I absolutely believe the consolidation trend is not near the end,” Hoetzinger said.

“There are a number of casinos for sale, but not too many buyers. The sellers want buyers that are easy to license with a good, strong balance sheet so they can quickly close the deal. A lot of small companies want to buy casinos but don’t have both the licenses and strong balance sheet.”

That is a game plan Century will use in acquisitions with the next deal coming this year, but the company does not plan to sell any of its other current casinos to a REIT, Hoetzinger said.

“We will need a quarter or two to fully digest this acquisition, but by spring or summer you will find us very active again. We expect to do transactions similar to the one we just completed and do one every 18 months or so,” Hoetzinger said.

“That is certainly a good possibility because the market is still strong out there. We see a lot of operations that can benefit from being managed by a small company like ours where we can really focus on” the acquired property.

Macquarie Capital USA, another stock brokerage, also said Century “is in a unique position given larger regional gaming consolidation and smaller property divestitures which could provide growth at a reasonable price.” Macquarie’s analysts cited 15 gaming industry consolidation deals in the past two years and wrote in December that Century “still has M&A opportunities, particularly if they chose to partner with a REIT.”

Brokerages Roth Capital Partners and Craig-Hallum Capital Group maintained their buy recommendations on the company’s stock as underpriced (now trading at about $8 a share after hitting nearly $10 after the acquisition of the three casinos was announced). Analysts for both companies cited the casino acquisitions and approval of sports wagering by Colorado voters in November (to begin in May) as the primary reasons for their recommendations.

Hoetzinger said Century is in discussions with potential partnerships with sports betting operators; he believes sports wagering could become a significant revenue source for Century from its casinos in Colorado and West Virginia, where it has been legalized, and Missouri, where efforts are underway to legalize such betting.

While wagering in its casinos could bring additional customers, the big opportunity is in online betting, he said.

“Smaller casino companies with access to multiple online betting skins (sites) have the greatest relative revenue potential as they can leverage their skins to gain market share that is potentially higher than their respective brick-and-mortar operations,” Hoetzinger said.

“With sports betting in the U.S. in the early stages of a multiyear (or decadelong) growth story, with the potential for continuous technological disruptions, we tend to think being right on partnerships and technological investment is what will ultimately prevail.”

Century has rebranded the two Missouri casinos with its name but plans to keep the Mountaineer name on the West Virginia casino.

As part of the acquisition, Century plans to sell its casino in Vietnam and end contracts to operate casinos aboard six cruise ships; the company also might sell or close its troubled casino in Bath, England, if it can’t turn the operation around, Hoetzinger said. Century also recently expanded its Calgary casino by about 25%.

“We are focusing on our core market in North America — the U.S. and Canada — and not growing but shrinking our international business and letting some of our cruise ship contracts run out, Hoetzinger said.

“We are not seeking international business, but Poland remains a major source of profit and revenue.

The market in the U.S. is still very strong and the regulatory environment is stable. Overall the U.S. market has provided a good basis for us to grow.”

Century also had announced plans in 2016 to convert and expand the historic and long-vacant Palace Hotel in Cripple Creek into a 30-room boutique hotel, but put those plans on hold less than a year later.

Company officials are watching plans for three other Cripple Creek hotels, and “we’ll see if those projects bring new faces to their casinos,” Hoetzinger said.

The Wildwood Casino began construction last June on a 104-room hotel connected to the casino that is expected to open this year, while Bronco Billy’s Casino and Triple Crown Casinos also plan major hotel projects.

Century employs 32 people at its downtown Colorado Springs headquarters, which is expected to grow “a little bit” as it makes additional acquisitions, Hoetzinger said.

The consolidation trend hasn’t yet made Century a target for potential buyers, through he said the company has “every now and then gotten a soft approach (on being acquired) but nothing serious.”

What to expect when Cripple Creek casinos reopen Monday

Cripple Creek casinos reopen Monday, but don't expect them to operate anything like they did…