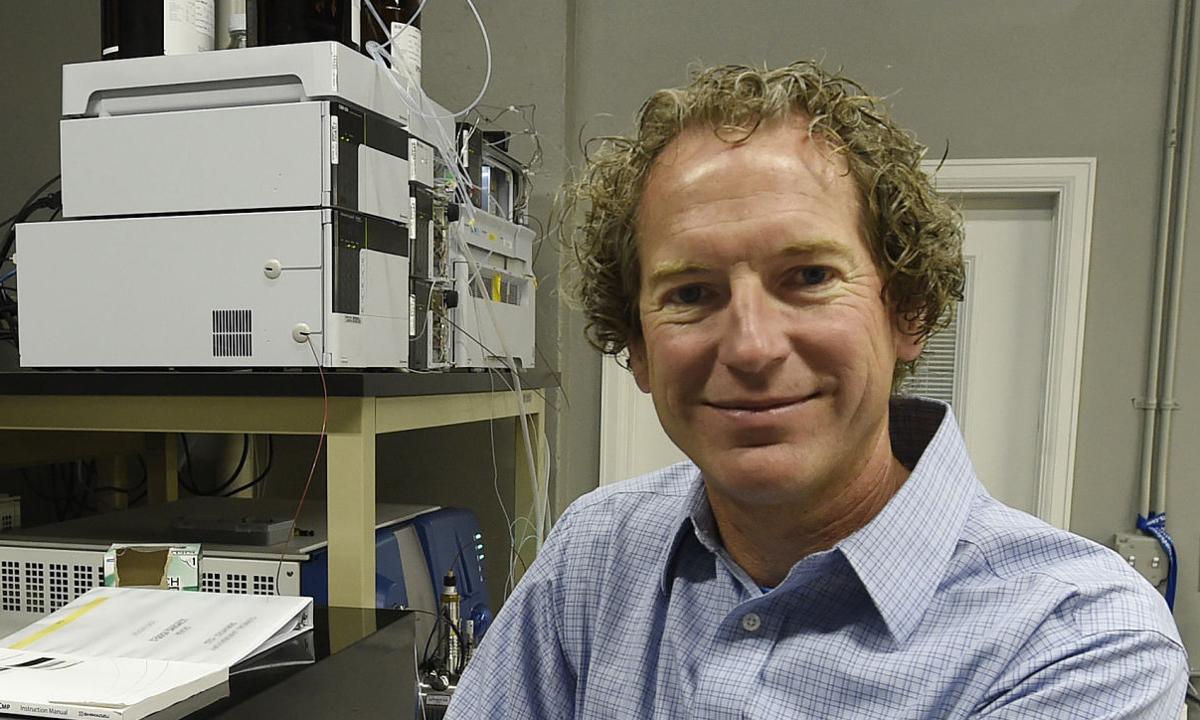 Maurice Gaubatz is founder and CEO of Pyxant Labs, which is testing blood and tissue samples for companies developing therapies and possible coronavirus vaccines. 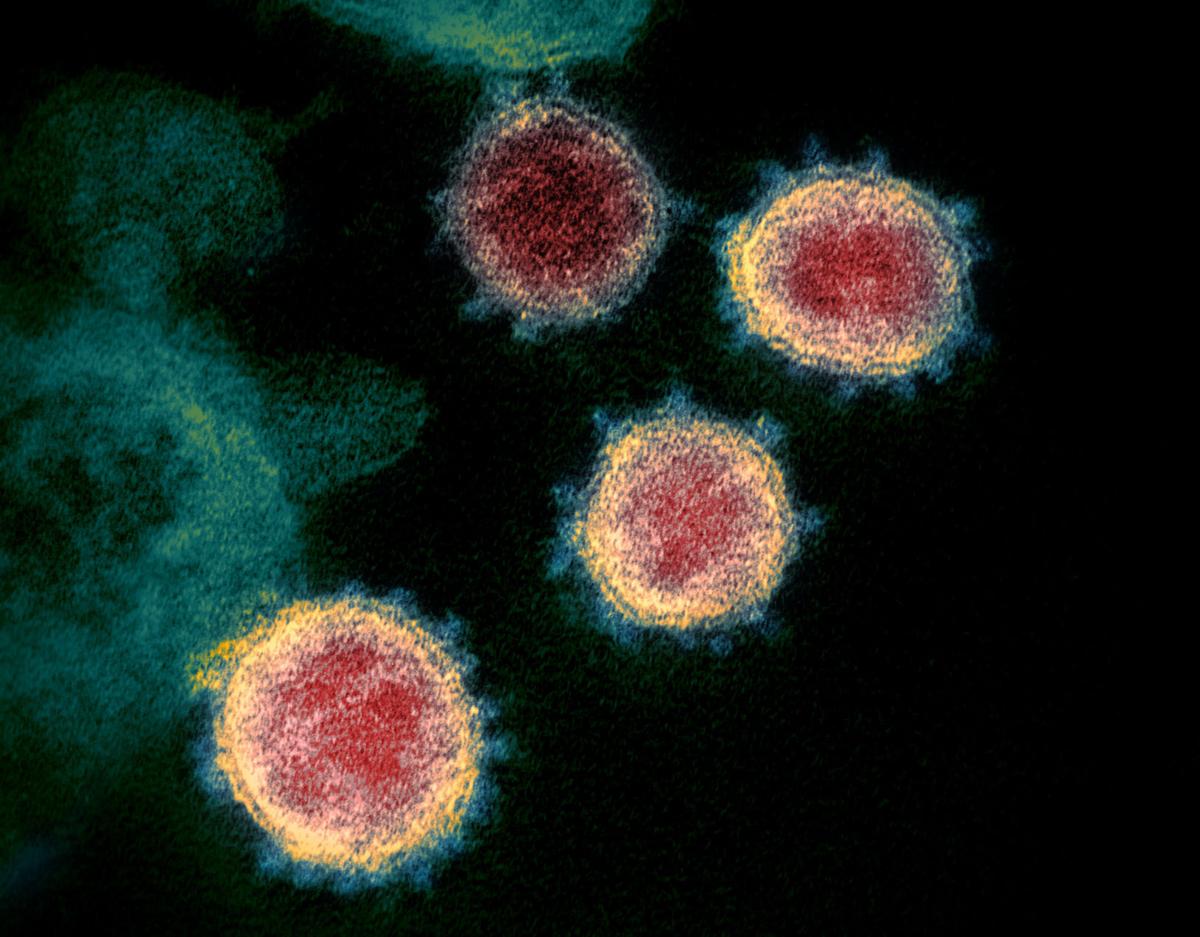 An electron microscope image shows the virus that causes COVID-19.

Maurice Gaubatz is founder and CEO of Pyxant Labs, which is testing blood and tissue samples for companies developing therapies and possible coronavirus vaccines.

An electron microscope image shows the virus that causes COVID-19.

A Colorado Springs company is playing a key supporting role in the fight against the fast-spreading COVID-19 virus outbreak.

Pyxant Labs is testing, or has tested, blood and tissue samples from four of the 16 companies working on therapies or vaccines for the virus, which has spread to more than 500,000 cases worldwide since late last year, founder and CEO Maurice Gaubatz said. The 50-employee company specializes in testing samples from clinical trial subjects to ensure the safety and effectiveness of new drugs under development.

“Our core analytic technology is directly applicable to these development programs. That is why we work for a handful of these companies working on therapies and vaccines,” Gaubatz said. “Our role is a thin slice but a crucial and necessary slice of these development programs. What we do is challenging and technical because these drugs work in completely different ways from other drugs.”

At least two other Colorado Springs biotechnology companies, BCell Solutions and HemoGenix, are working on research that could help treat patients with the virus.

BCell is developing a family of therapies designed to reduce chronic inflammation that could be used to treat patients with sepsis, a deadly form of runaway inflammation that some COVID-19 patients develop. HemoGenix has done testing for BCell as part of its research.

Gaubatz emphasized that Pyxant is not receiving infected specimens or producing coronavirus material in Colorado Springs.

Human clinical trials on a vaccine developed by the National Institutes of Health and Massachusetts biotechnology company Moderna began last week in Seattle. The vaccine “directs the body’s cells to express a virus protein that it is hoped will elicit a robust immune response,” according to a NIH news release. Gaubatz said the vaccine could be available as soon as late this year, if the trials are successful.

Gaubatz said nondisclosure agreements prevent him from naming the companies for which Pyxant is completing testing. Those tests are designed to make sure the vaccine works and is safe for humans.

They follow tests on animals and chemical tests. Approval of new drugs by the Food and Drug Administration generally takes 12 years and costs hundreds of millions of dollars, but the process is being accelerated to make the COVID-19 vaccine available sooner.

“There are a lot of people working really hard on this, but it doesn’t mean a vaccine will be available tomorrow or next week. It could happen later this year if the trials are successful,” Gaubatz said.

Pyxant was started just before the technology stock bubble burst in early 2000, triggering a recession that was worsened by the Sept. 11 attacks. After working 15 years for Dow Chemical, Gaubatz used his savings and a loan guaranteed by the U.S. Small Business Administration to buy Colorado Analytical Research and Development, which he renamed Pyxant.

The company had no revenue or customers because the previous owner was about to retire and was winding down the business.

The company grew by receiving $4 million from wealthy “angel” investors during the past 15 years. He said the company has grown rapidly in the past three years and plans to continue adding employees throughout the year.

BCell started work on COVID-19 applications of its therapies about a month ago as company ofiicials heard reports of patients with the virus developing sepsis-related conditions in the later stages of the illness, CEO Chip Landman said. The company had been working on sepsis conditions related to kidney failure as part of its development of anti-inflammatory treatments for cancer, neurodegenerative diseases and other illnesses, he said.

“We were already looking into out-of-control inflammation, and since people with the virus have that condition, it made sense to work on this,” said Dr. M. Karen Newell-Rogers, BCell’s chief scientific officer and who developed the therapies during research at the University of Colorado at Colorado Springs and Texas A&M University. She, Landman and Dr. Ian Askill, CEO of Aspire Biotech, founded BCell two years ago.

As the coronavirus outbreak spread, BCell recently contacted the National Institutes of Health and several foundations to determine if they are interested in the company’s development work and its application to COVID-19, Landman said. None have responded, so he said BCell has continued its development work, which include tests on animal and human cells that must be completed before the therapies can be tested on humans.

Most of the company’s work is directed at research on how the therapies can treat melanoma, multiple sclerosis, Alzheimer’s and Parkinson’s diseases, traumatic brain injury syndrome and sepsis.

They also help to prevent immune cells from entering the brain, which researchers believe to be involved in some neurodegerative conditions.

BCell was started in 2017 in Aspire’s offices and lab with investments from each of the founders, part of a $1.25 million NIH grant and a two-year, $150,000 grant from the Colorado Office of Economic Development and International Trade.

Landman said the company is seeking “several million dollars” in a seed funding round to continue development work and reach clinical trials.

He said the funding would allow the company to add up to five employees this year and “several dozen” more over the next few years, including scientists, lab technicians and administrative employees.