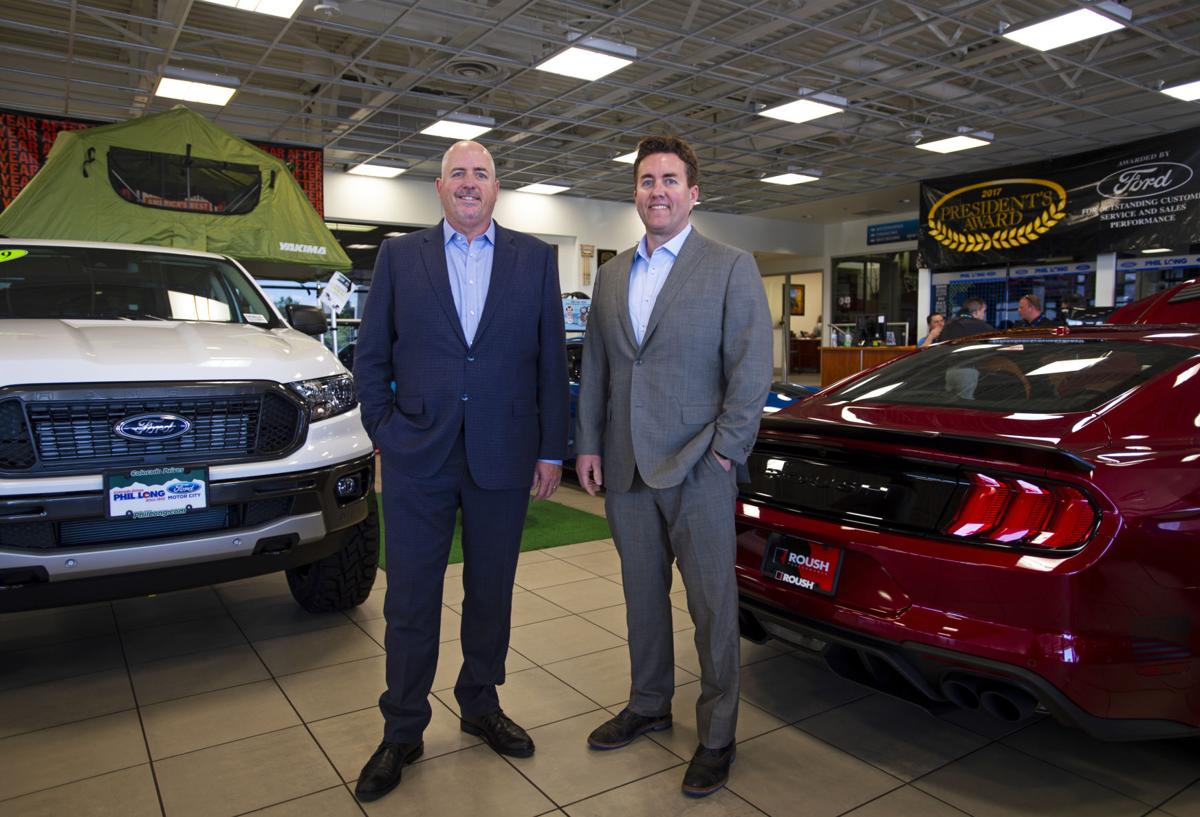 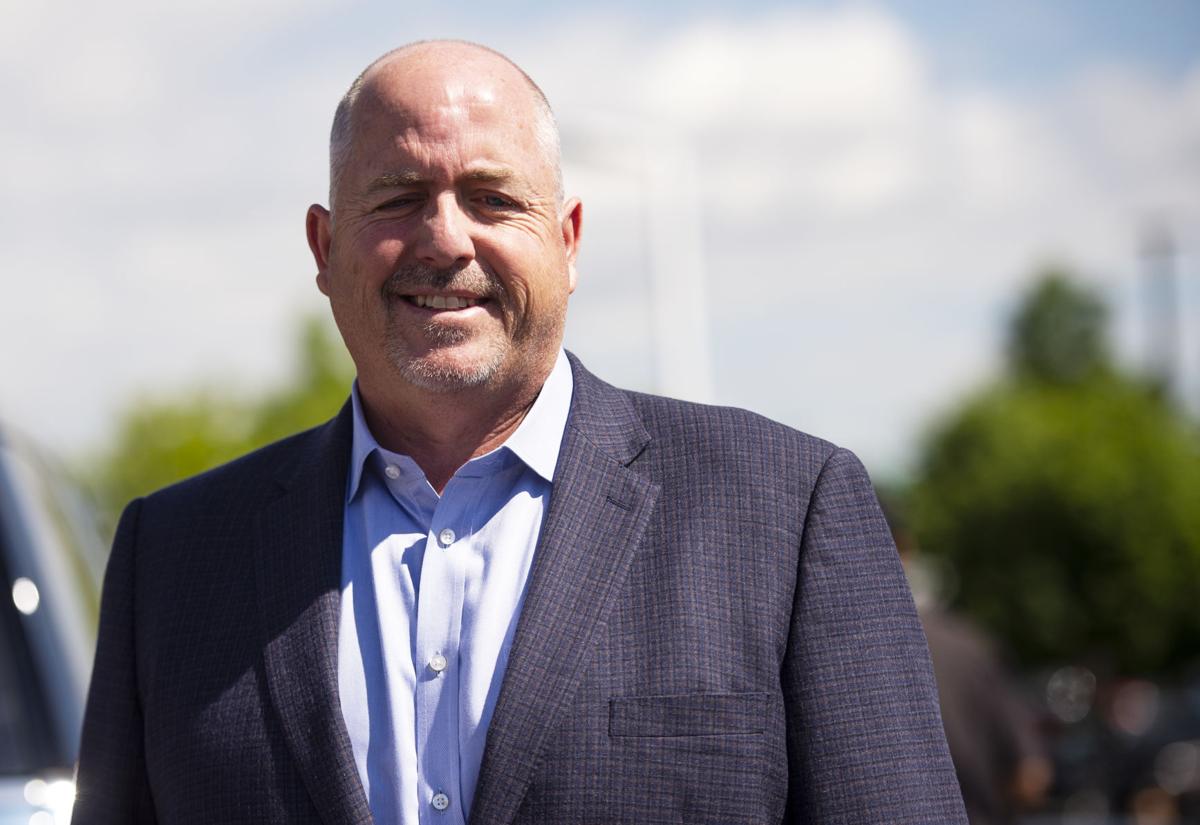 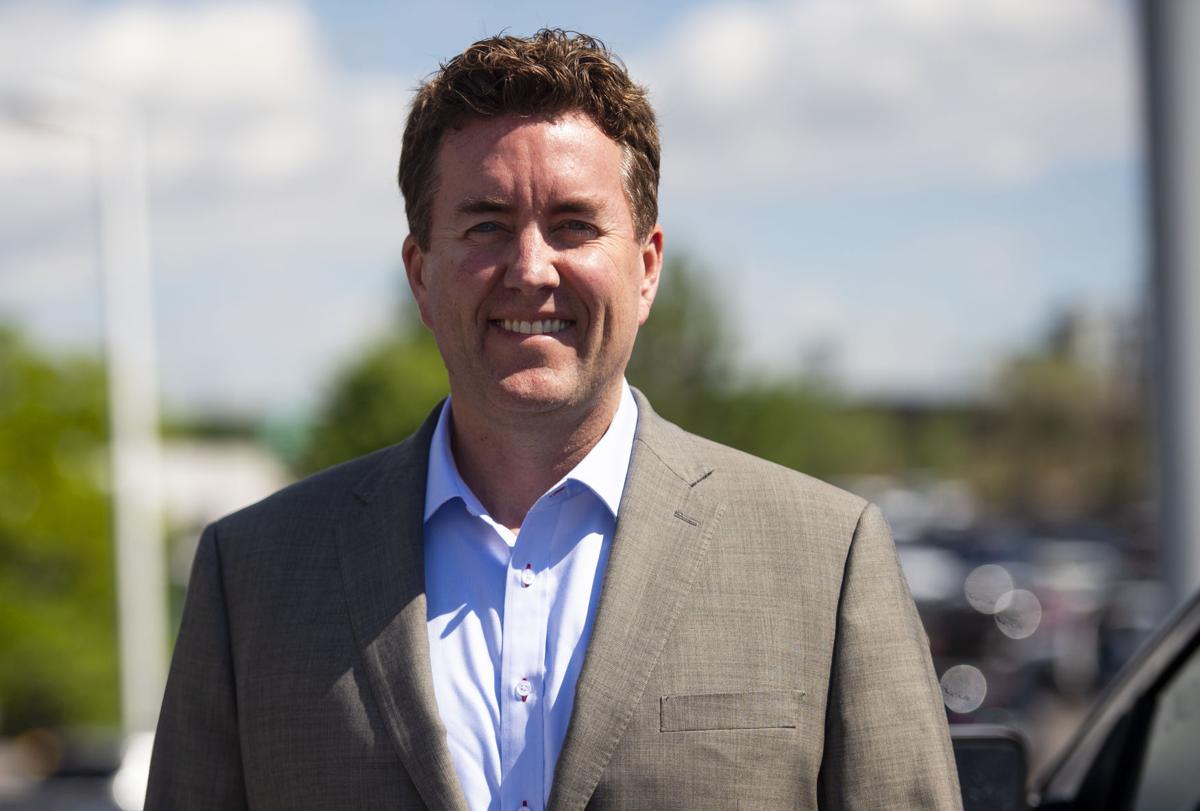 Shawn Flynn, stands next to a a car outside of the Phil Long Ford of Motor City dealership. In addition to being named chief operating officer last year, Flynn is part of an 11-member board of directors of Phil Long Enterprise that will take over management of the operation after Jay Cimino, now 83, retires. 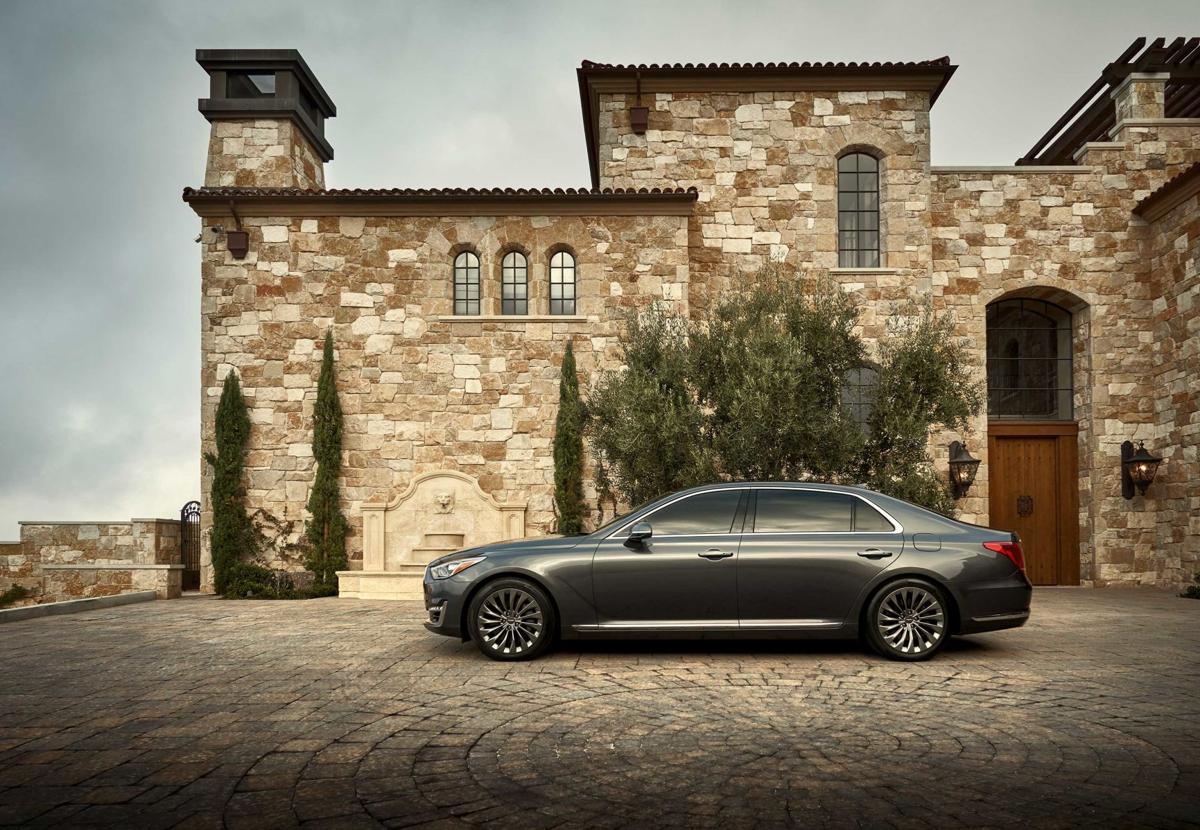 Shawn Flynn, stands next to a a car outside of the Phil Long Ford of Motor City dealership. In addition to being named chief operating officer last year, Flynn is part of an 11-member board of directors of Phil Long Enterprise that will take over management of the operation after Jay Cimino, now 83, retires.

The longtime employees were promoted into top roles last year. Shaughnessy was named vice president of dealer operations after the resignation of Mike Cimino, son of longtime Phil Long President and CEO Jay Cimino and now co-owner of a classic car dealership in Las Vegas. Flynn was named chief operating officer after Gary Fentiman moved to a part-time role overseeing the group's real estate operations and nonprofit for veterans.

Phil Long Dealerships, which celebrates its 75th anniversary in September 2020, operates 13 new vehicle sales and service operations in Colorado Springs, Denver, Glenwood Springs, Trinidad and Raton, N.M., as well as three used vehicle sales centers and a body shop in Colorado Springs. Phil Long Enterprises encompasses the Mount Carmel Veterans Service Center in Colorado Springs and a real estate operation that owns and manages all dealership locations and a redevelopment site in Trinidad. The organization employs more than 1,200 people and generates more than $750 million in revenue a year.

Shaughnessy was hired in 2006 as general manager and partner of Long's Denver dealership after spending 16 years in sales management for dealerships in Albuquerque, N.M., and San Antonio. Flynn has spent most of his career with Phil Long after working in marketing and product management for technology firms. He spent 10 years as marketing and technology chief for the dealership group before taking over its in-house advertising agency, AdPro 360°.

Both executives are on Phil Long's board of directors, which will manage the operation after Jay Cimino, now 83, retires. The board is headed by Cimino and includes his family members, the organization's chief administration officer, two dealership general managers and executives from Mount Carmel.

Shaughnessy and Flynn met with The Gazette last month to discuss succession plans at Phil Long Enterprises and the future of the auto industry as technology changes, among other vehicle-related topics.

How do your roles fit with each other?

Shaughnessy: I'm more directly responsible for a vision of our growth, while the execution falls under Shawn. His role is to make sure the right resources are deployed to execute that vision.

Flynn: We have discussions as many times a day as two people working at the same company can have. We have close to 1,200 employees, and that brings a lot of opportunities and challenges. Staying connected with each other is important to serve the dealerships properly.

What happens when Jay Cimino retires?

Shaughnessy: Jay remains president and CEO, and his role encompasses the three major endeavors and connects all of them. He is in the office five or six days a week, five to six hours a day; his calendar is full. It is his passion. It's not what he does; it is who he is. The point of transition will be when he decides to focus his energy in a different direction or is not continuing to add value to the organization. There will come a day when he won't be running things, but he still adds considerable value to the business.

Flynn: Jay is still very much in control of Phil Long Enterprises. He has assembled an 11-member board that ultimately will replace his decision-making authority. There will be a president and CEO, but he or she may not oversee all three parts of the company. The plan is for Kevin to lead the automotive group, and there also will be leaders for the other operations.

What is the organization's vision for the next few years?

Shaughnessy: We are a Colorado-centered company that is interested in growth, but it has to be sound growth. If there is a good opportunity, we will look at it. We added a Honda dealership in Glenwood Springs in December 2016. Our primary interest is the Colorado Front Range; we want to operate stores that we can drive to — roughly between Cheyenne (Wyo.) and Santa Fe (N.M.). Twelve of our 13 stores are on the Interstate 25 corridor. We are looking at an opportunity now that could happen by the end of the year, and we have added the Genesis brand, which is the luxury division of Hyundai, at our Chapel Hills location and will be the second Genesis location in Colorado. Hyundai and Kia didn't start as premium brands, but they now rank along with Genesis as the top three brands in the J.D. Power survey.

Flynn: We also are looking at adding a new manufacturer and will be adding a Phil Long Ford used operation at the former Academy Ford location off Academy Boulevard and Bijou Street.

What does the future of auto dealerships look like as more consumers buy more products online, and autonomous vehicles are being developed and tested?

Shaughnessy: One of the most tangible signs of us improving the customer experience is upgrading our facilities. We have spent $35 million to $40 million during the past four years on facilities.

The car business is rapidly evolving and always changing, but the pace is accelerating. Innovators are staying out front of the industry. Henry Ford did that with the assembly line and dealership structure. Dealership groups that put people first will be the ones that survive and thrive. We launched a program seven years ago called "Carcierge" that enables a customer never to set foot in a dealership to buy a car. We will appraise your current vehicle, help you find a new one, bring vehicles for you to test drive, arrange financing and deliver your vehicle to you. We anticipate what customers want and serve them on their own terms. A specialist handles the entire process online, though we still find most customers want to come in and drive the car and look at the selection of vehicles. About 1% of our customers do the entire transaction online.

Flynn: Most transactions start online in some way, usually through a search. The average customer hits 27 locations, most online, before purchasing.

Shaughnessy: We will always need a storefront because a large part of that is for maintenance and service. We will still need people to service and maintain vehicles. Customers also will need places to charge electric vehicles, and we have charging stations at most of our stores. And we recently added rapid charging stations at our Audi and Mercedes stores when we renovated those locations.

I believe adoption of autonomous vehicles will take more time than most people think. I expect to see a blend of autonomous vehicles and vehicles with drivers. The average vehicle on the road today is 13 years old, so in 2032, every vehicle that was sold this year that is still on the road will have a steering wheel and gas and brake pedals. We will probably eventually see areas such as downtown London and New York or Silicon Valley that are open only to autonomous vehicles. By the time we see universal adoption of this technology, we will all be dead. As the industry evolves, there will be a need for different services, such as charging, cleaning and inspection. When change eliminates one role, it will create another and open entire new industries. You will still need dealers to sell these vehicles to the companies that operate them. I don't see this reaching the tipping point for at least 20 years because vehicles are lasting longer, and warranty work and repairs are way down.

Flynn: My daughter is just starting to drive and is still excited about it. People still want the autonomy of owning their own vehicle.

Shaughnessy: We aren't prepared for machines to fail; the standard we expect for machines is still perfection. Our acceptance of this technology will be a big barrier. I expect driver-assist technology, like adaptive cruise control that slows and speeds a vehicle in a traffic jam, and collision avoidance technology will make vehicles safer and will be accepted by consumers more readily. All of them are built around a human interface.

Questions and answers have been edited for clarity and brevity.

Colorado Springs employers expect to give smaller raises in 2020, lower than state average