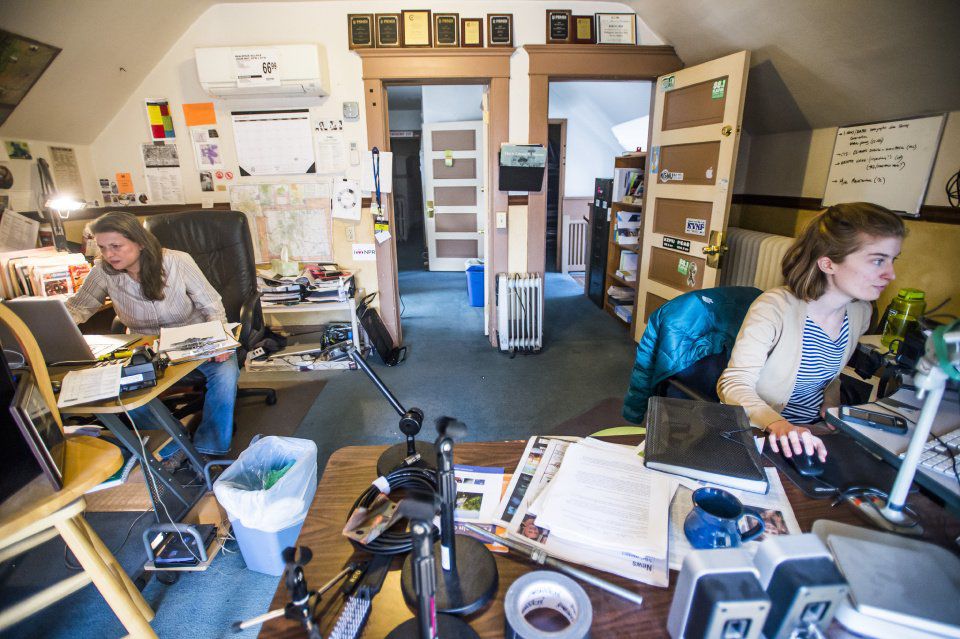 Andrea Chalfin, KRCC managing editor and host of the Morning Edition, and reporter Holly Pretsky work at the station on Tuesday, January 17, 2017. Photo by Stacie Scott, The Gazette 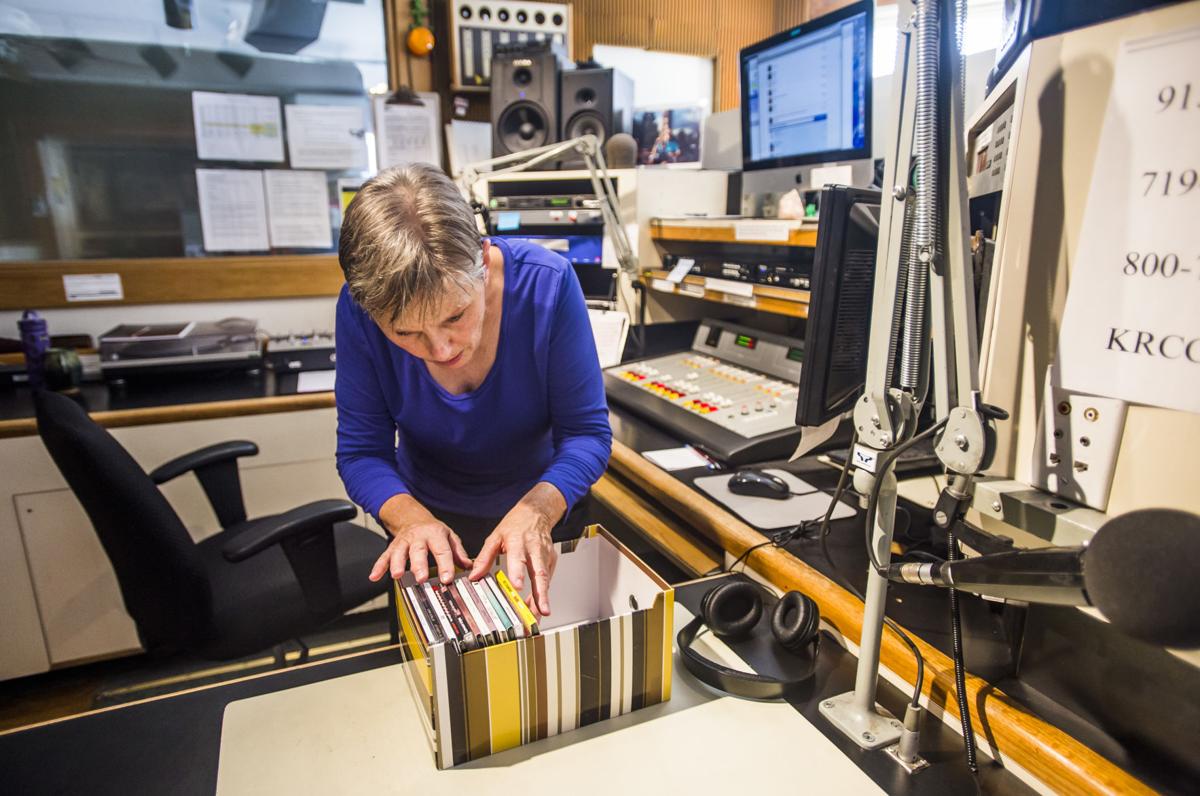 Vicky Gregor, KRCC music director and host of the Morning Music Mix, thumbs through CDs to select the next song she'll play at the station on Tuesday, January 17, 2017. Photo by Stacie Scott, The Gazette 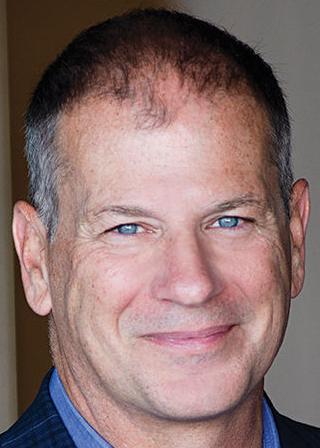 Andrea Chalfin, KRCC managing editor and host of the Morning Edition, and reporter Holly Pretsky work at the station on Tuesday, January 17, 2017. Photo by Stacie Scott, The Gazette

Vicky Gregor, KRCC music director and host of the Morning Music Mix, thumbs through CDs to select the next song she'll play at the station on Tuesday, January 17, 2017. Photo by Stacie Scott, The Gazette

Colorado College has turned over management and operation of its public radio station, KRCC-FM, to Colorado Public Radio as part of a broader plan to create a new "public media center" in downtown Colorado Springs.

The 2,100-watt station at 91.5 on the FM band will continue to be called KRCC and employ the station's 15 full-time and part-time employees, headed by general manager Kyle Cunningham, said Colorado Public Radio President Stewart Vanderwilt.

"This partnership with CPR preserves KRCC's regional identity and Colorado College's educational mission," Colorado College President Jill Tiefenthaler said in a release from the college and CPR. "Listeners will benefit because this collaboration brings more resources to cover the news in southern Colorado and northern New Mexico, and KRCC's news will now have wider distribution via CPR. It also provides valuable learning and internship opportunities for our students."

Under the long-term agreement between the college and Colorado Public Radio, the Centennial-based nonprofit radio network is buying a vacant building at 720 N. Tejon St. that the college acquired in 2016. CPR will spend up to $1.5 million during the next 1½ years to renovate the nearly 10,000-square-foot building to house KRCC, the college's Journalism Institute and the Rocky Mountain PBS Innovation Center.

The college's Journalism Institute is now housed in Armstrong Hall, offering classes for a journalism minor and opportunities for students to work with KRCC as interns. When it moves to the new building, it will have offices and a media-connected classroom. The innovation center, also housed on the college's campus, is one of four regional hubs operated with educational institutions and libraries to give students and the public access to training and technology to tell their own stories online or on its television stations.

"This investment in KRCC will enable the station and CPR to be more reflective of the state, bringing important stories, ideas and experiences to audiences across Colorado," Vanderwilt said in the release. "Scale, capacity and innovation are necessary to ensure that media with values rooted in public service remain not only viable, but essential to the communities we serve."

CPR bought KXRE-AM at 1490 and a companion FM station at 102.1, which both transmit from Manitou Springs, for $550,000 in 2017 and has been broadcasting its news format on those stations. Vanderwilt said CPR hasn't made any decisions about those stations, but said they "seem redundant" after the KRCC deal. CPR also broadcasts classical music and a rock format it calls Indie102.3 on some of the 37 radio frequencies it owns along the Front Range on the Western Slope.

The deal expands the reach of CPR's signals to cover 80% of the state's population, Vanderwilt said. CPR hopes to expand KRCC's four-person news staff, in part to provide local content for "Colorado Matters," he said.

KRCC was started in 1951 by Colorado College and its license will continue to owned by the college. The station has a $2.3 million annual budget supported by listener donations and corporate underwriting. CPR has a staff of 160 and an annual budget of nearly $25 million.

Kyle Cunningham has resigned as general manager of KRCC-FM, the Colorado Springs affiliate of the National Public Radio network, in the wake o…