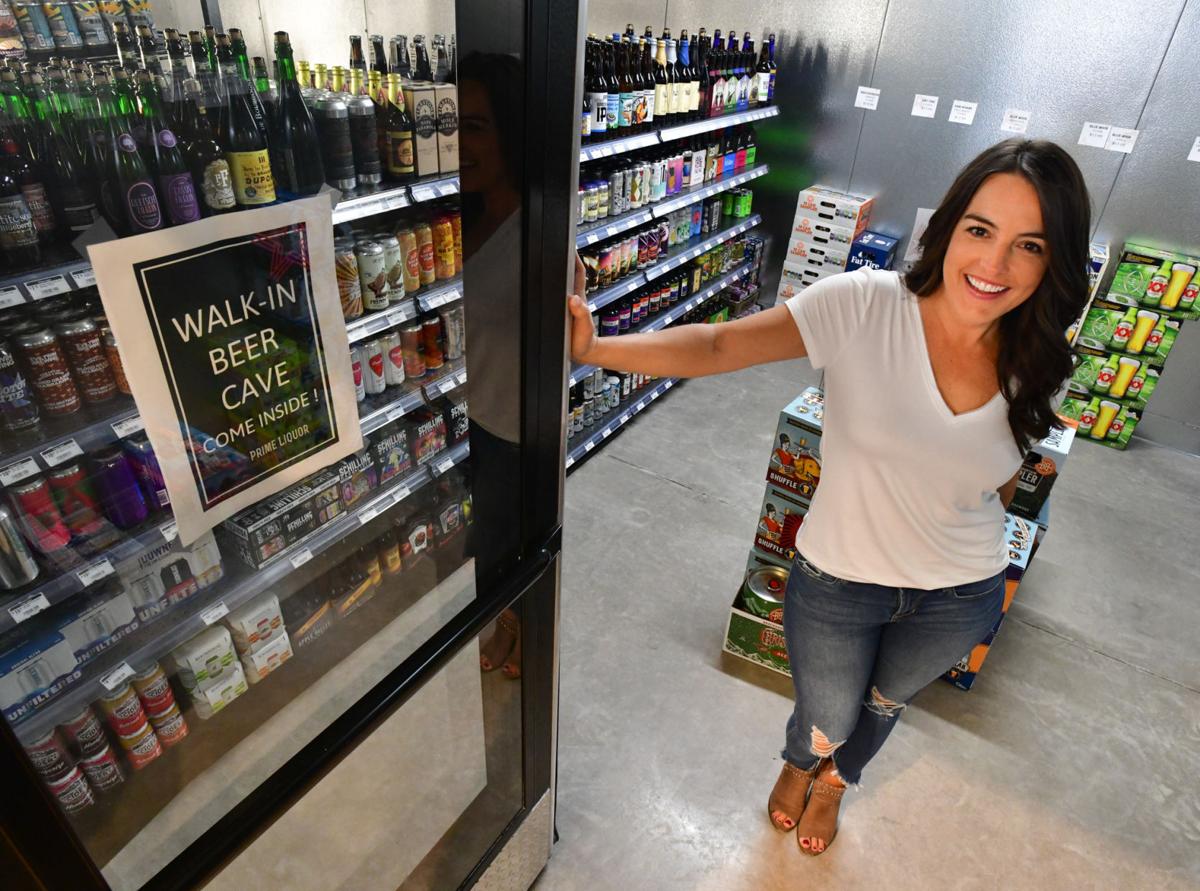 Tiffany Byrnes is co-owner of Prime Liquor on North Academy Boulevard. She has tried to make her store more enticing with different features than what buyers will get in grocery stores, like a beer cave. 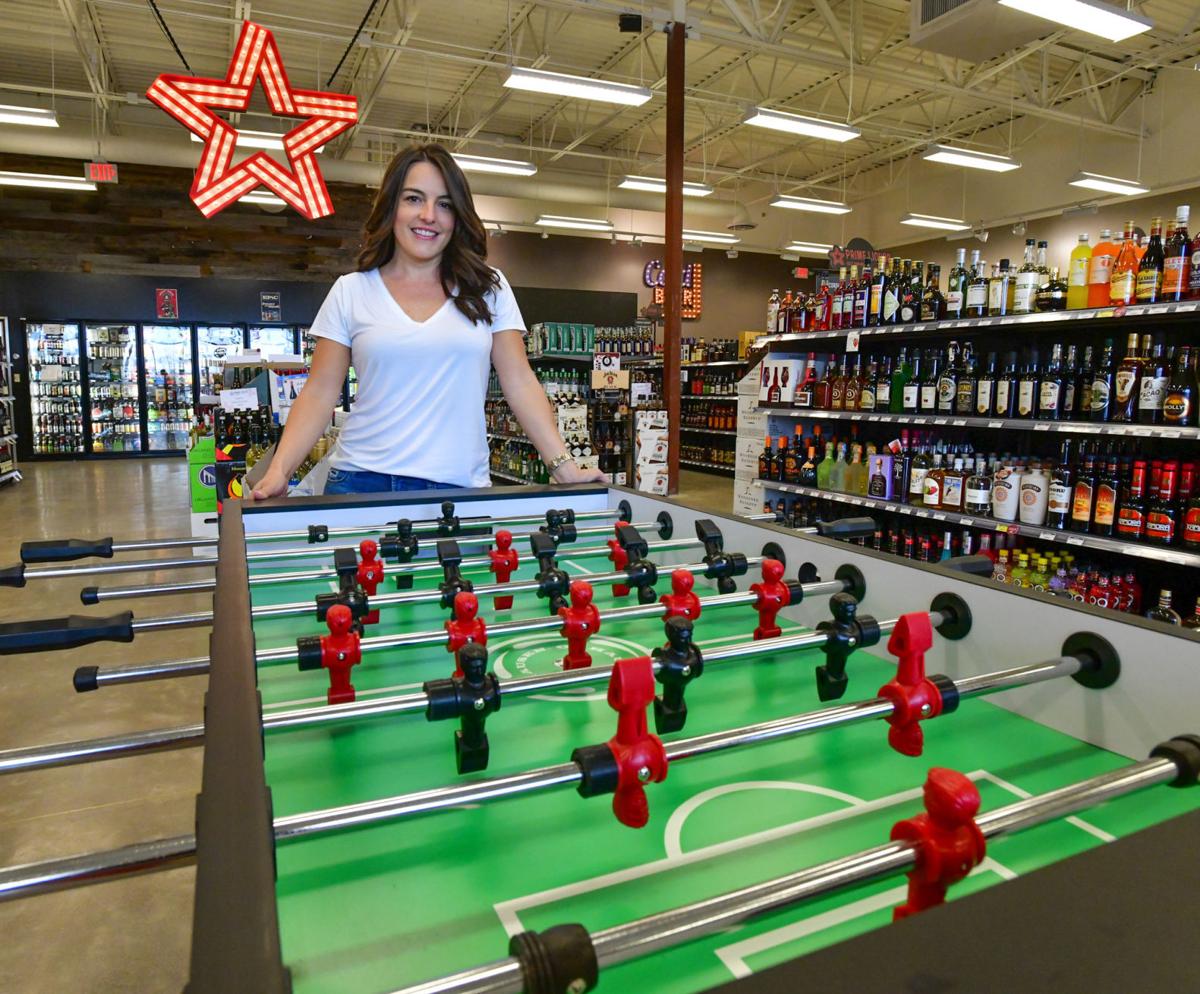 Tiffany Byrnes is co-owner of Prime Liquor on North Academy Boulevard. She has tried to make her store more enticing with different features than what buyers will get in grocery stores, like a foosball table.

Tiffany Byrnes is co-owner of Prime Liquor on North Academy Boulevard. She has tried to make her store more enticing with different features than what buyers will get in grocery stores, like a beer cave.

Tiffany Byrnes is co-owner of Prime Liquor on North Academy Boulevard. She has tried to make her store more enticing with different features than what buyers will get in grocery stores, like a foosball table.

Colorado liquor stores are weathering competition from grocery and convenience stores, who have been able to sell full-strength beer since the beginning of 2019, better than expected.

A 2009 study by Summit Economics, a Colorado Springs economic research and consulting firm, forecast that more than half of Colorado's 1,650 liquor stores would close within the first five years of a state law change allowing grocery and convenience stores to sell full-strength beer. Just fewer than 50 have closed so far, according to Jeanne McEvoy, CEO of the Colorado Licensed Beverage Association, a trade group for the state's liquor stores.

Colorado's liquor stores — which as of this writing were not among businesses closed down due to the pandemic — lost between 30-50% of beer sales since the law changed, or 10-12% of overall sales, and those losses triggered "significant" layoffs among liquor stores staff, McEvoy said. She expects more stores to close in the next four years as owners who have been holding on since the change find they can't sustain losses of that size.

A 2008 study by Summit Economics forecast that the industry would lose half of its beer sales in the first year and up to 900 Colorado liquor stores would close within the first five years after grocery and convenience stores began selling full-strength beer. The study, which was updated in 2015 with few significant changes, also predicted the industry would shed up to 10,000 jobs within five years and $240 million in annual payroll.

"I think the study was pretty accurate in what will eventually happen," McEvoy said. "Some (store owners) have said they're done and don't want to deal with it anymore. People want convenience and online sales also have had an impact. People are losing jobs all across the state. King Soopers, City Market and Safeway plus the convenience stores have taken a lot of sales away."

Tom Binnings, a senior Summit partner and author of the study, said he expects small liquor stores to go the way of neighborhood grocery and drug stores, which have mostly disappeared as a result of competition from national chains. He believes few liquor stores have closed so far because most stores are still "trying to figure out how to compete."

Before last year's change, Colorado grocery and convenience store were limited to selling beer with no more than 3.2% alcohol content, but a 2016 state law allowed any retailer with a beer license to sell full-strength beer. The 2016 law also allowed grocery chains to sell any type of alcohol at up to five locations that have pharmacies; the cap increases to 10 in 2022 and disappears in 2016 ). Grocery stores with unrestricted alcohol sales licenses have to be at least 1,500 feet from existing liquor stores and have to buy out liquor stores in the same city.

Jack Backman, owner of Cheers Liquor Mart, the largest liquor store in Colorado Springs, said the change has affected his industry "a lot more than we thought. The whole liquor store industry has suffered more than we thought. Grocery stores went all out and put in lots of product at cheap prices all over the state. You can't walk into a grocery store without seeing beer everywhere."

Backman expected Cheers would lose about 10% of its beer sales, but the hit has been more like 15-25%, or about 5-10% of overall sales. Smaller stores adjacent to or in the same shopping center as grocery stores have been hit much harder and he expects between 100-200 of those stores statewide to close by the end of this year.

"Beer brought cash flow to liquor stores, not profit. It is a staple of the business and they're (grocery and convenience stores) taking that away from us," Backman said. "The guy or gal who drinks beer doesn't care as much about the price or selection but buys at the grocery store because it is more convenient. They (grocery stores) don't have near the selection, and what people don't understand is that all of that money is going out of state instead of staying in the local economy with small businesses."

Cheers hasn't laid off any of its 30 employees and still has staff members who specialize in beer sales. The biggest losers from the change will be "corner" or neighborhood liquor stores that Backman believes will all but disappear when restrictions on all types of liquor sales disappear in 2036. At that point, the price of beer, wine and other alcohol will increase as competitors leave the market.

"We will become just like Arizona and California. Larger stores will survive but there already are a lot of smaller stores for sale now" and may eventually close, Backman said. "We are tying to adapt and offer a bigger selection of hard-to-find items and are focusing more on wine and spirits, which is the only part of the industry that is growing."

Kit Abrams owns Queen Liquor in the Uintah Gardens Shopping Center on the west side of Colorado Springs, and her store, which opened 35 years ago, has been hit hard by competition from an adjacent King Soopers store. Queen Liquor hasn't replaced "several" employees who quit, including a manager, so Abrams runs the store herself.

"We have to manage every penny because rent and tax assessments are going up and the revenue and customer count is substantially less," said Abrams, a board member of the Colorado Licensed Beverage Association. "A 15-20% reduction is very common and there are many more stores with even more tragic numbers. If you look at our numbers this year they are even down from the year before, so it is getting worse."

Jim Little, co-owner of Coaltrain Fine Wine, Craft Beer & Spirits at Uintah Street and Interstate 25, said his store has felt the most impact from a Costco store four miles north in the University Village Colorado shopping center that added beer and wine sales in 2018. Coaltrain's sales were down less than 10% last year, allowing the store to keep all of its 20 employees. Coaltrain has boosted sales in the past year by focusing on wine and liquor sales and adding food items such as specialty cheeses and meats.

The industry has a few bright spots. Tiffany Byrnes and husband Jecoah Byrnes opened Prime Liquor in October near Woodmen Road and Academy Boulevard and she said sales have met or exceeded expectations by offering a larger selection of craft beers, unique wines and specialty spirits in addition to mass-market brands. She hired staff that are experts in the merchandise they are selling, and the store offers free tasting events Friday and Saturday.

Ent Credit Union sent a letter to its members Saturday saying the company would be eliminating fees, reducing loan rates and launching emergen…