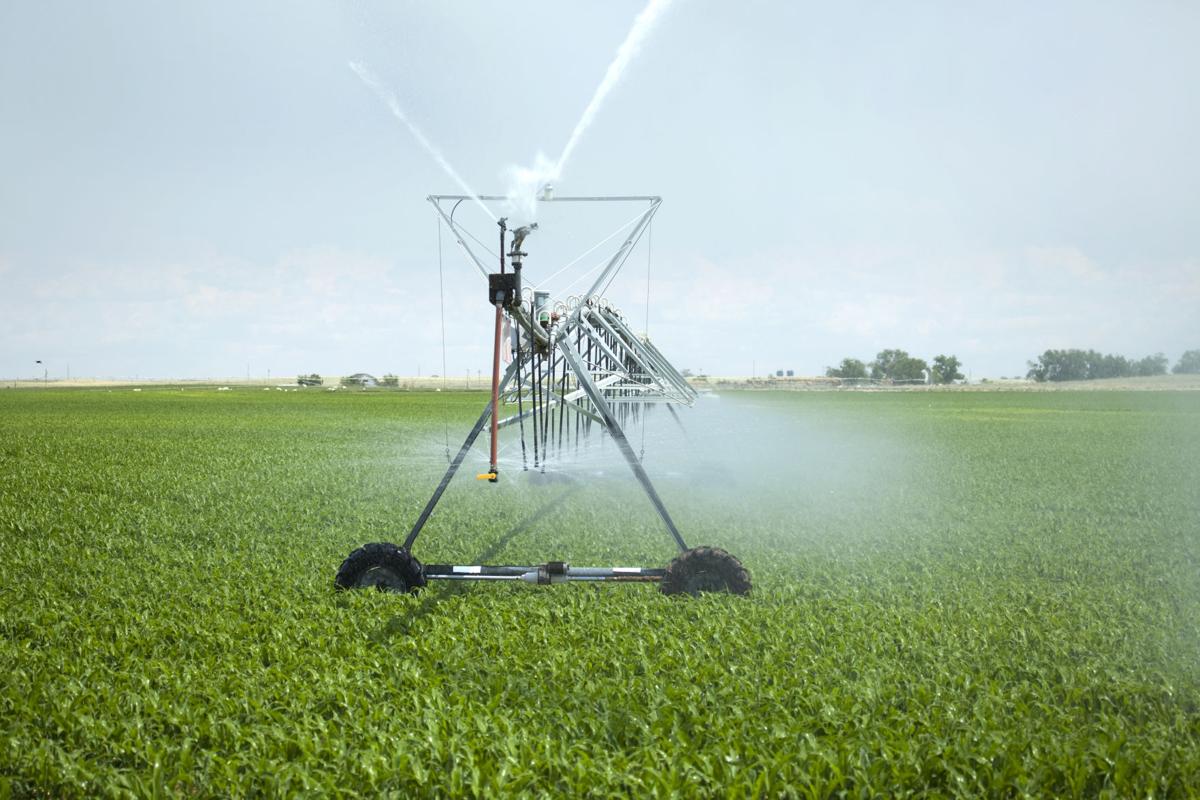 A farm along the South Platte River in northeastern Colorado near Fort Morgan uses an industrial sprinkler to water corn. Colorado corn exports were valued at $86.1 million in 2015. 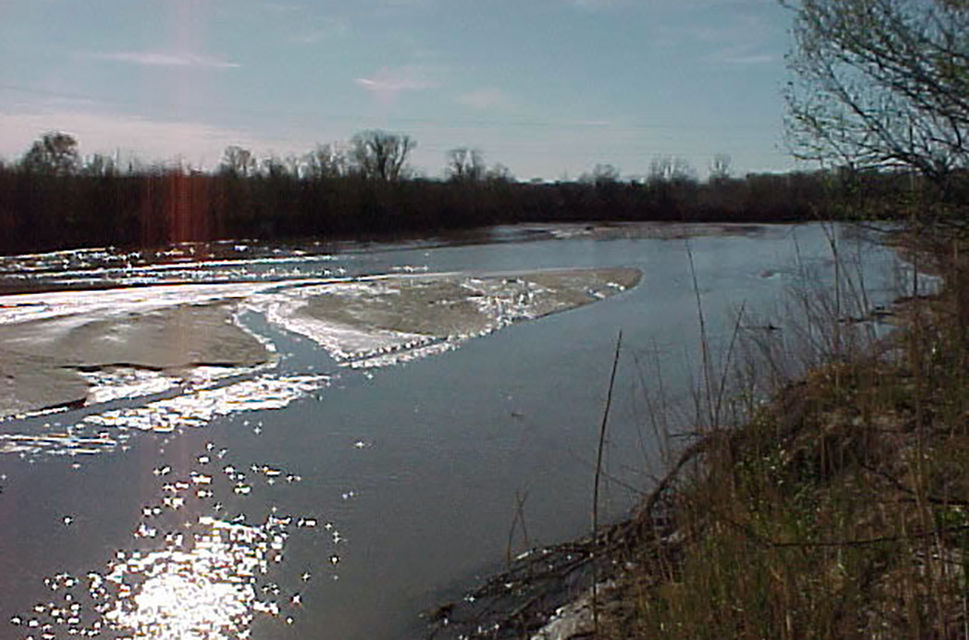 Courtesy of National Weather Service The Arkansas River near La Junta. Colorado Springs Utilities is celebrating what is believes will be a historic water-sharing agreement that would benefit agriculture in the Lower Arkansas River region.

A farm along the South Platte River in northeastern Colorado near Fort Morgan uses an industrial sprinkler to water corn. Colorado corn exports were valued at $86.1 million in 2015.

Courtesy of National Weather Service The Arkansas River near La Junta. Colorado Springs Utilities is celebrating what is believes will be a historic water-sharing agreement that would benefit agriculture in the Lower Arkansas River region.

As demand and prices for Colorado water rise, state lawmakers are concerned that Wall Street investment firms and even local finance groups might seek to circumvent state laws designed to prevent water profiteering.

Last month, the Colorado Legislature’s Interim Water Resources Review Committee initially approved a bill authorizing a study to determine whether the state’s anti-speculation laws, considered among the strongest in the West, need to be strengthened further.

“The reason I drafted it is because I’m hearing stories from the (Western) Slope and the San Luis Valley of outside groups coming in and buying water rights,” said Sen. Kerry Donovan, a Democrat who represents several Western Slope counties and heads the interim committee. “While we’re not entirely sure if this is speculation, some of these companies are more like financial and hedge fund institutions instead of agricultural interests. That seems to have the color of water speculation.”

Donovan sits on the board of Water Education Colorado, which sponsors Fresh Water News.

JIM FLYNN: Colorado water law not easy to wade through

Under Colorado law, water is considered a public resource, but the legal right to take it and use it toward some beneficial purpose must be approved in water court. Once obtained, water rights are considered a private property right, one that can be bought and sold as long as water courts approve the transaction.

Water has always been a scarce resource in Colorado and, in the 1800s, as miners and farmers were moving in, the courts developed a system so that no one could hoard water and profit from its sale. To combat the problem, they required that water rights be granted only to those who could put them to beneficial use, whether in farm fields or mines, or in people’s homes and businesses.

The anti-speculation laws have been challenged and upheld many times in water court, leading several water experts to question the need to amend them.

Dave Taussig, a Denver water attorney, said he was surprised to see lawmakers move in this direction.

“This is one of the few areas of Colorado (water) law that is pretty well-defined and established,” Taussig said. “I don’t see the need for this.”

For many transactions, as long as the water is being put to use, the deal is not considered speculative.

On the Western Slope for example, New York City-based Water Asset Management has bought ranches with valuable senior water rights. Right now, the company continues to operate the farms and the water is still being used as it had been before the purchase, so it is not considered speculative. Under existing law, there is nothing to prevent someone from buying water rights with an eye toward a future sale, where the interim use is just a placeholder.

Water Asset Management could not be reached for comment. But its website spells out a clear investment strategy that includes acquiring Western farm water and holding onto it until it appreciates in value, at which point it could be leased or sold for a profit.

Closer to home, Denver-based Renewable Water Resources has assembled an investment group, which intends to purchase farm water in the San Luis Valley and pipe it to the Front Range.

Sean Tonner, a principal in RWR, said the proposal isn’t a buy-low, sell-high proposition because his company is offering $2,500 to $2,800 an acre-foot for the farm water, which normally sells locally for much less, around $65 to $200 an acre-foot, according to San Luis Valley water officials.

Tonner declined to provide a sales price, but Front Range developers routinely pay $20,000 an acre-foot and more for water.

RWR has not yet identified an end user for the project, but has committed to do so before it seeks approval from state water court.

“Colorado has great anti-speculation laws. If there is a way to make them stronger, I’m all for it,” Tonner said. “But I would disagree with the assertion that what we’re doing is buy low, sell high.”

Still, lawmakers are concerned. Sen. Don Coram, R-Montrose, also on the interim water committee, said the state needs to be vigilant about how its agricultural water rights are bought and sold.

“Yes we do have strong anti-speculation laws,” Coram said, “but hedge funds also have very good attorneys. There are ways to work around (the laws).”

According to the initial bill draft, the Colorado Department of Natural Resources would form a work group next year to examine what the state can do to ensure its market-based water management system isn’t manipulated by moneyed interests. The bill directs the group to report back to lawmakers in August, 2021.

The committee will vote Thursday on whether the bill should advance. If approved, it would be introduced during the regular session that opens Jan. 8.

Colorado farmers turn to tech in the face of water stress

Donovan expressed hope that the process will uncover new tools, even beyond the anti-speculation laws, to prevent profiteering.

“Water speculation is something we need to ensure we have a firm grip on as a state. I expect there will be a lot of conversations in upcoming years about how we make sure that water isn’t exploited and doesn’t become a way for people to make a quick dollar,” Donovan said.

Jerd Smith can be reached at 720-398-6474, via email at jerd@wateredco.org or @jerd_smith. Fresh Water News is an independent, nonpartisan news initiative of Water Education. Colorado.