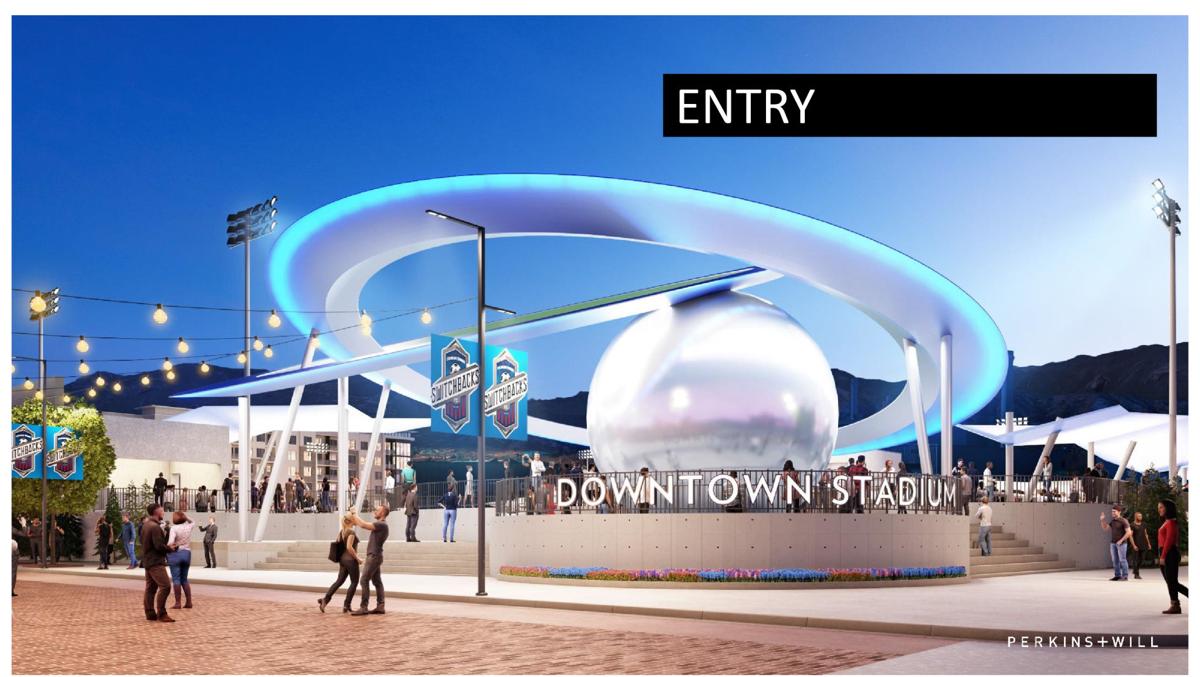 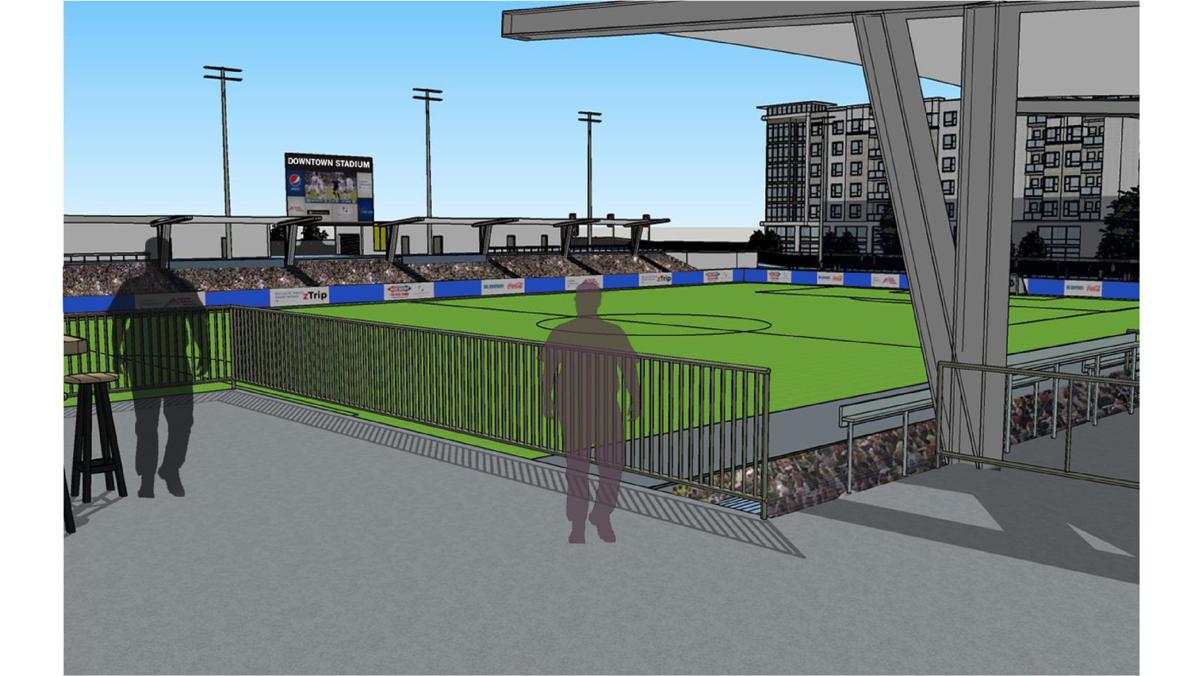 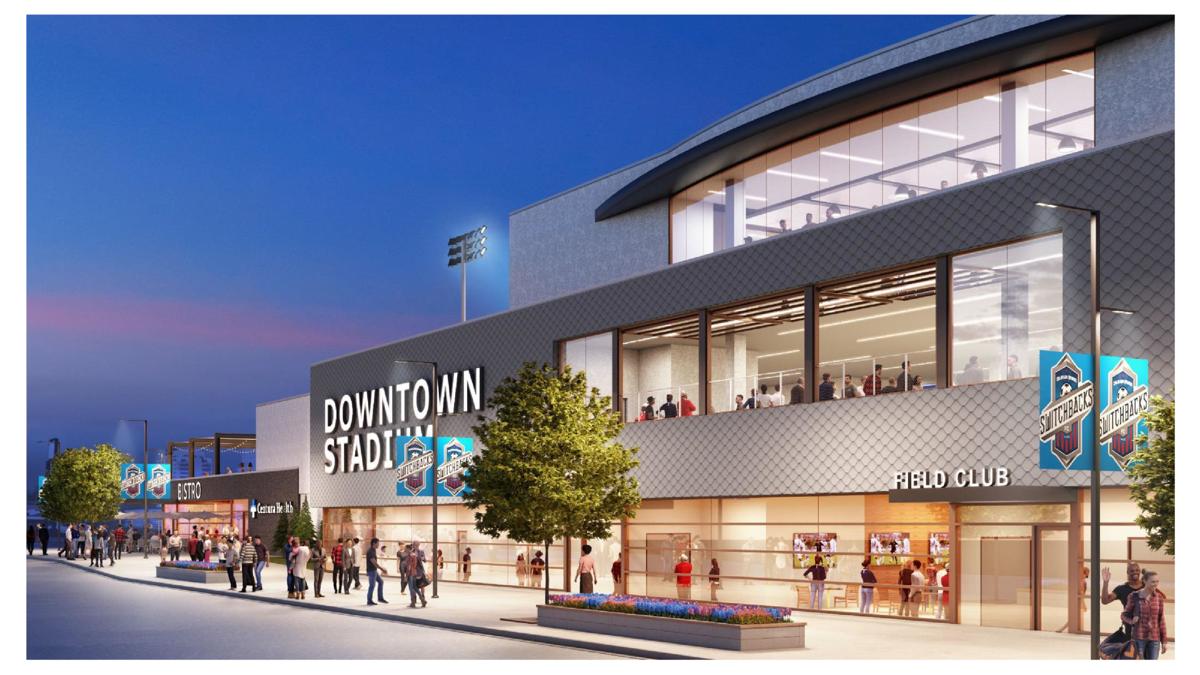 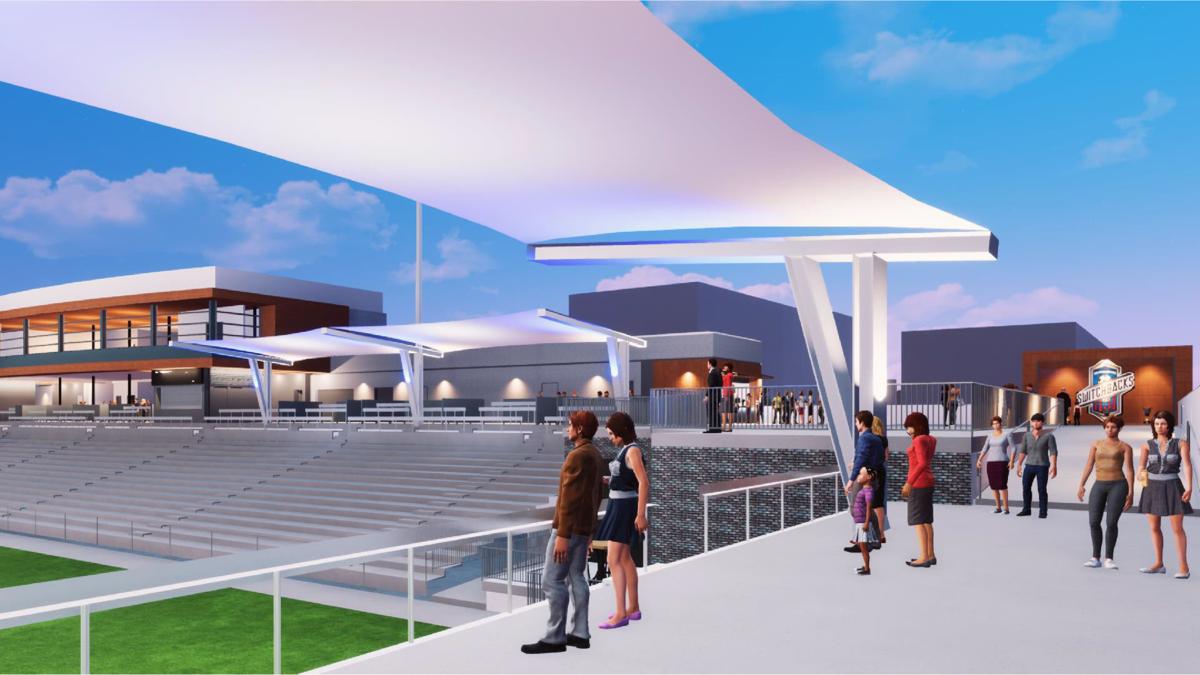 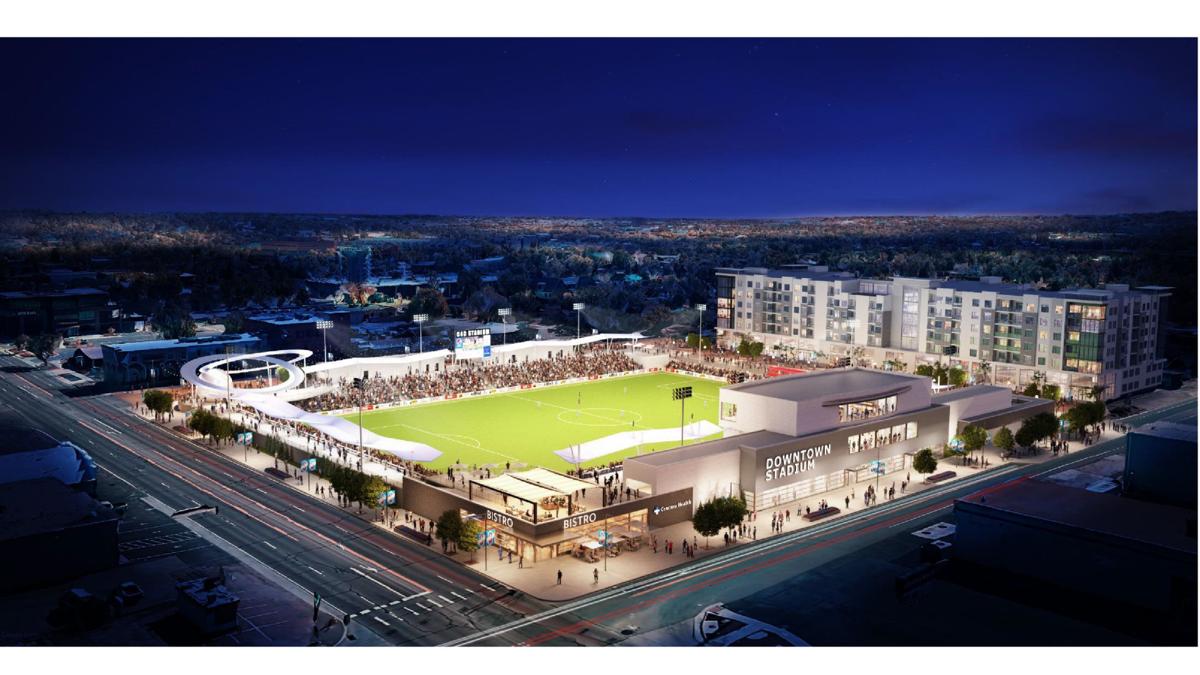 Six years in the making, and promised to help transform downtown Colorado Springs' industrial southwest side into a vibrant residential and commercial hub, a roughly $35 million, multi-use stadium won final approval Tuesday from the City Council.

The council's vote clears the way for a Dec. 7 stadium groundbreaking and an opening targeted for March 2021.

"We know that this is a major catalyst, a major moment," said City Council President Richard Skorman.

The outdoor, rectangular-shaped stadium, to be built on about 5 acres southwest of Cimarron and Sahwatch streets in downtown, will be home to the Colorado Springs Switchbacks soccer team that now plays in a smaller, northeast side venue.

It will seat 8,000 for about two dozen Switchbacks soccer games annually, but also will play host to dozens of amateur, college and Olympic sports, concerts, graduations and other community events, backers say. For concerts and other events, the stadium could hold upward of 15,000 people.

The stadium and an indoor arena planned for Colorado College's campus make up the sports and event center component of City for Champions — four Colorado Springs projects designed to enhance state tourism. In December 2013, the Colorado Economic Development Commission awarded the projects as much as $120 million in state funding over 30 years.

In the stadium's case, its cost of just over $35 million will be financed with $13 million in bonds scheduled to be issued next week by the Colorado Springs Urban Renewal Authority. State sales tax revenues collected in the Springs and rebated to the city will repay the bonds.

The rest of the stadium's price tag will be funded by the Switchbacks and partner Weidner Apartment Homes, a suburban Seattle developer, owner and manager of nearly 270 multifamily communities, mostly in the western United States and Canada. Weidner has 18 projects in the Springs, according to its website; company founder and chairman Dean Weidner grew up in the city.

The council’s approval completes a remarkable turnaround for the project. In early 2017, Mayor John Suthers pronounced the project all but dead because of a funding gap that he refused to make up with taxpayer dollars. He held out hope that private funding could save the project, which happened when the Switchbacks and Weidner got involved.

Its footprint grew by 10,000 square feet. The venue also will have a new south side public plaza; a 7,000-square-foot "sky club" that opens to the outdoors, accommodates 240 people and includes a community room; a 4,000-square-foot restaurant; and enhanced entry features.

"It's hard to put into words," said Switchbacks president Nick Ragain of the City Council decision. "What it means is we have a long-term professional soccer team in Colorado Springs."

It also means the stadium will help anchor a wave of investment in southwest downtown that supporters estimate will total $2 billion over several years.

The U.S. Olympic & Paralympic Museum, another City for Champions project, is expected to open in 2020 a few blocks north of the stadium and draw 350,000 tourists a year.

While the stadium will draw out-of-town teams, their athletes, employees and fans, it also will attract area residents who will want to attend sports and community events, supporters say. The NCAA's Division II Men’s and Women’s Soccer Championships already are booked for the stadium in 2021.

A pedestrian bridge, meanwhile, is planned to be installed next year to link America the Beautiful Park in southwest downtown to the museum. And Vermijo Avenue is being rebuilt into a pedestrian friendly corridor stretching to the museum's front door; city officials say it should be completed next summer.

Weidner announced last year it would build a 200-unit apartment project on the stadium's south end. Nor'wood Development Group, the Springs real estate company and southwest downtown's master developer, plans apartments, offices and a hotel in the area, among other new uses.

"This is a momentous occasion here," said Jeff Greene, chief of staff for Suthers, whose administration pushed the stadium proposed by Suthers' predecessor Steve Bach.

Even as City Council members approved a stadium land-use plan, some questioned whether the venue will create parking and traffic woes downtown.

Stadium consultants estimate 2,350 parking spaces would be needed for 8,000 people attending a sold-out Switchbacks game. There are 2,300 to 2,700 parking spaces within a 10-minute walk of the stadium, which would be found on the street, at surface lots, parking garages and in residential areas, the consultants say.

But that will only accommodate a packed stadium, Councilman Bill Murray said. What happens, he asked, when thousands more people flood into the area to visit the Olympic Museum and other downtown attractions? When people say "don't worry," Murray said, "I worry."

Still, stadium supporters said the city has shown it can handle parking for upward of 40,000 to 50,000 people who attend events such as last week's Veterans Day parade and the upcoming Festival of Lights parade.

Councilman Don Knight, meanwhile, objected to turning over a portion of Sahwatch Street to the stadium to accommodate its larger footprint. Providing a public right-of-way for stadium use effectively gives taxpayer support to the project, which members of the public have opposed, Knight said.

Earlier Tuesday, the state Economic Development Commission approved agreements designed to ensure business plans spelling out the operation of the stadium and arena will be followed by the Switchback/Weidner group and Colorado College — another key step for the venues.

Approval of those agreements, along with the signing of documents and the issuance of bonds by the Urban Renewal Authority, means Colorado Springs will have met a Dec. 13, Economic Development Commission-mandated deadline to begin "substantial work" on the stadium and arena, said Jeff Kraft, director of Business Funding and Incentives for the state's Office of Economic Development & International Trade.

More in Downtown development in Colorado Springs (9 of 19)

Olympic Museum has a special mission: a beacon to the disabled | Vince Bzdek

EDITORIAL: Colorado Springs commits to a stadium for champions

Congratulations to Mayor John Suthers and the Colorado Springs City Council. They persistently pursued and planned developments that will tran…