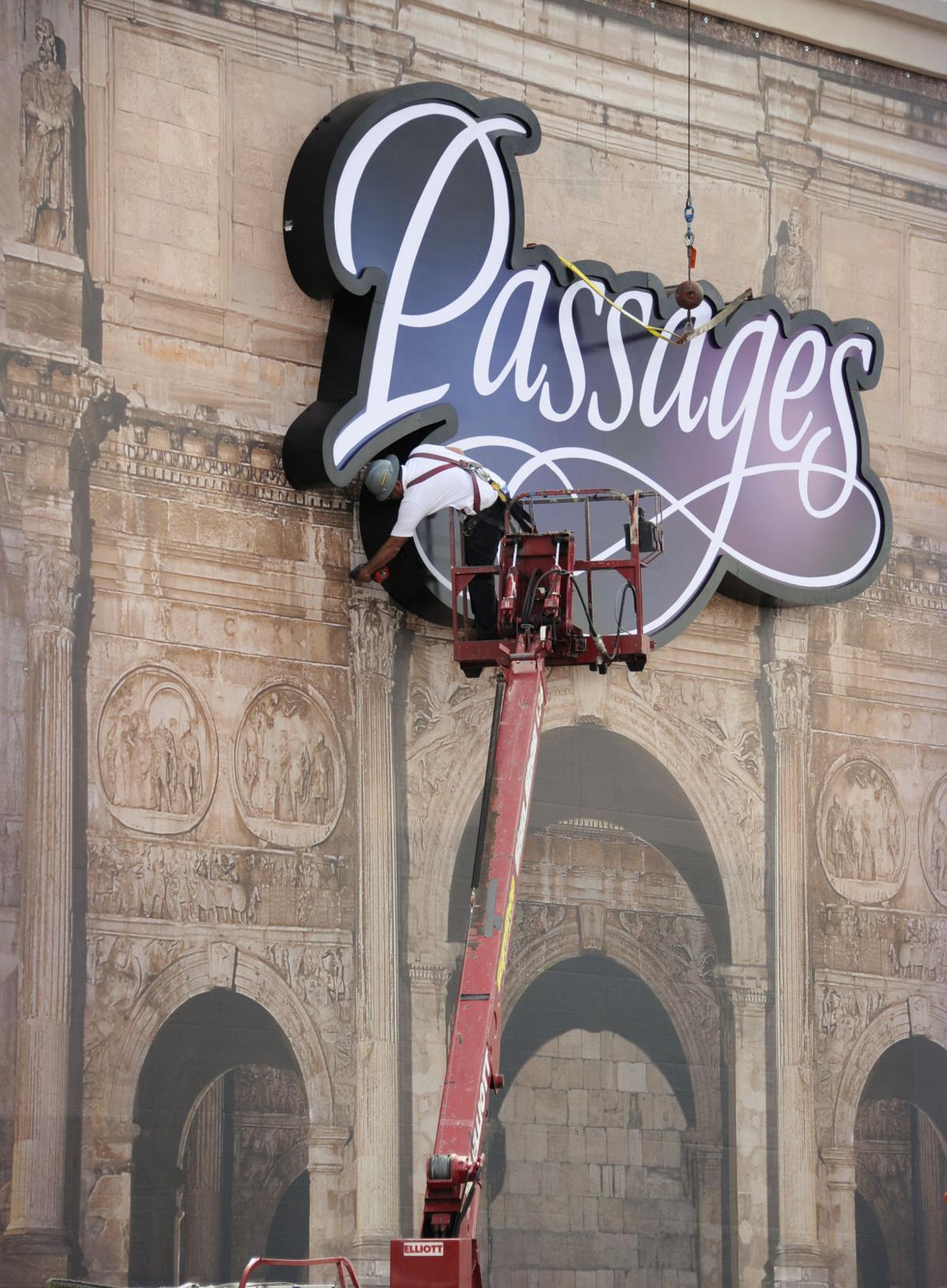 Luis Novoa with Sign Shop Illuminated uses a lift Tuesday, May 7, 2013, to install the electronic sign on the facade of "Passages: A Bible Experience" exhibit at the location of a former Hobby Lobby at3379 Palmer Park Boulevard. Photo by Mark Reis, The Gazette 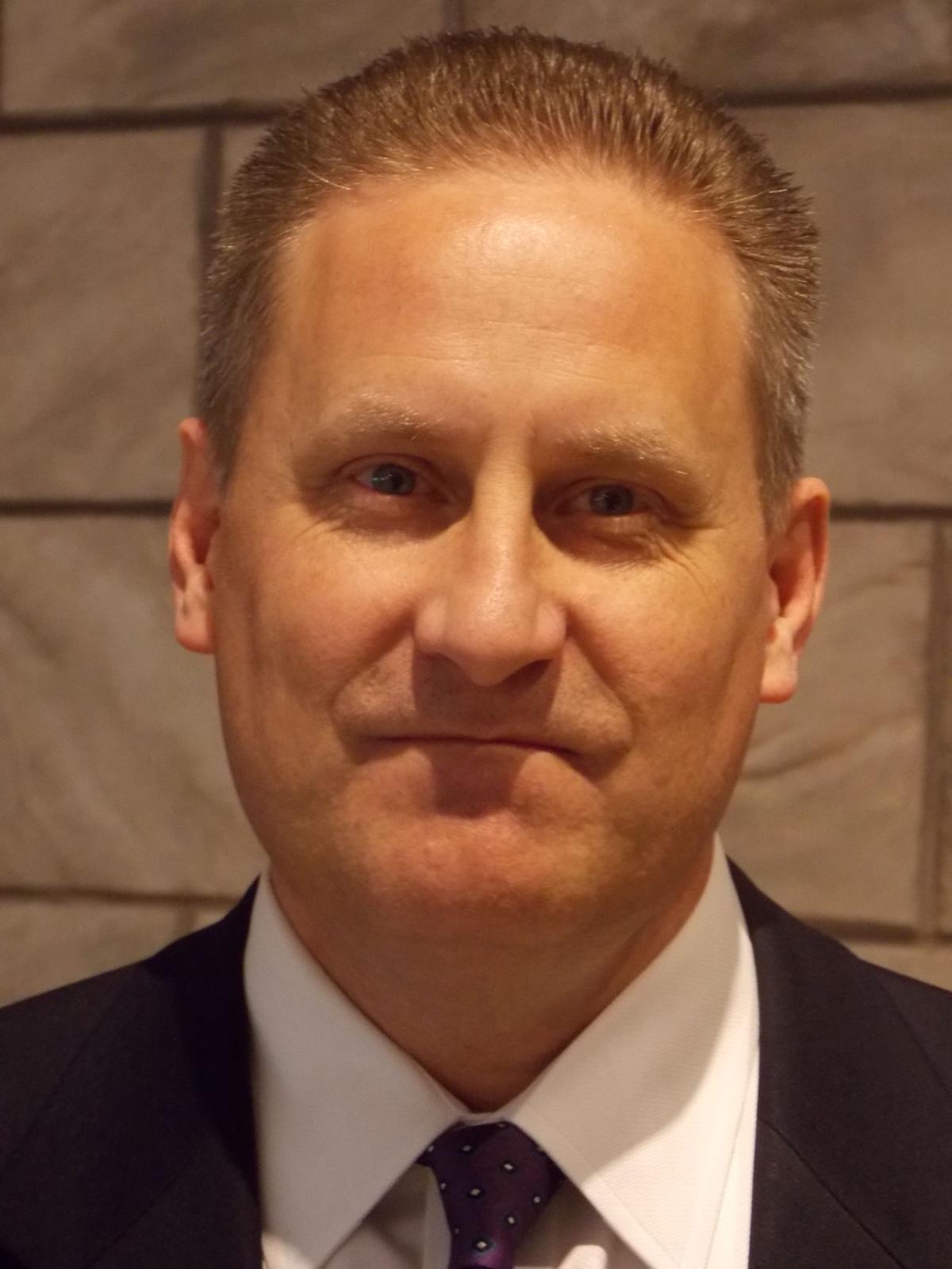 Luis Novoa with Sign Shop Illuminated uses a lift Tuesday, May 7, 2013, to install the electronic sign on the facade of "Passages: A Bible Experience" exhibit at the location of a former Hobby Lobby at3379 Palmer Park Boulevard. Photo by Mark Reis, The Gazette

As president of national retailer Hobby Lobby, Steve Green has his own kind of personal passion, but it has nothing to do with arts and crafts.

His passion is collecting rare biblical texts and artifacts that tell the history of the Bible and its impact on people's lives; he has spent millions since November 2009 assembling the world's largest private collection of such texts and artifacts and plans to build a national museum near the National Mall that would open in late 2016.

More than 450 items from the so-called "Green Collection" will on display Thursday through Feb. 1 at a former Hobby Lobby store in Colorado Springs as part of the exhibit called "Passages" after making stops in Oklahoma City, Atlanta and Charlotte, N.C.

Green has been working for Hobby Lobby since graduating from high school in 1981. The company was founded by his father, David, in 1972 in Oklahoma City. The chain now includes three stores in Colorado Springs and 525 others in 41 states that employ 23,000 and generated sales of more than $3 billion last year. Members of the Green family also owns the Mardel chain of Christian bookstores and Hemispheres chain of furniture stores. Steve Green also authored the books "Faith in America" and "The Bible in America."

Steve Green was interviewed Tuesday between previews of the exhibit.

Question: What do you hope people will gain from seeing "Passages?"

Answer: One of the main objectives is for people to gain an appreciation for a book that many have on a shelf in their homes. I hope it will encourage people to read the book and have a greater appreciation for it. Most people, more than 90 percent, have a Bible in their homes, but we are probably the most ignorant population ever about what's in it. We don't teach it in the schools and we don't read it. The collection includes many items that are one of a kind or just a handful exist. To see what is on display here, you would have to travel the world (if it was not exhibited in one collection). When you know that people have given their lives for this book, in my opinion that makes the value of this collection priceless.

Q: How has your Christian faith shaped how you do business?

A: If you look at our statement of purpose, we want to honor God in all we do and by running our business by biblical principles. We believe that the Bible is a good guidebook for life. We have not always operated according to biblical principles, but that is what we strive to do and it has worked well for us. The most visible example is that we remain closed on Sunday; we do that to honor God and allow our employees and their families time for worship. On April 15, we increased our internal minimum wage to $14 an hour. We started at $9 an hour five years ago and our profits have increased every year. That is not as much biblical as it is that we have been blessed and want to share it with our employees. It also has helped us draw better employees. We also offer health care benefits to our employees and operate a health care clinic at our corporate office.

Q: How have the recession and other economic challenges effected Hobby Lobby?

A: Our business has not been as impacted by the recession as many others. It is said our industry is recession-proof. I don't know that it is, but we have seen our furniture chain ride the wave of the economy, while Hobby Lobby has seen sales increases throughout the recession. On a same-store basis, our sales have been up by single-digit percentages for the last couple of years.Q: As one of the parties challenging the constitutionality of the Affordable Care Act's requirement that employers provide health insurance that cover contraception services, what is your expectation of how the case will be decided?

A: The U.S. Court of Appeals for the 10th Circuit (in Denver) will hear oral arguments next week. Each side will have about 15 minutes to make their arguments and we hope to have a ruling soon after that. I will be out of town and not at the hearing. We are hopeful, but we have been hopeful before. It is rare for the full court to agree to hear the case, and they granted our request to do so. Eventually I expect (the case) to go to the (U.S.) Supreme Court, especially if we end up with different rulings from different circuits, which has been the case so far.