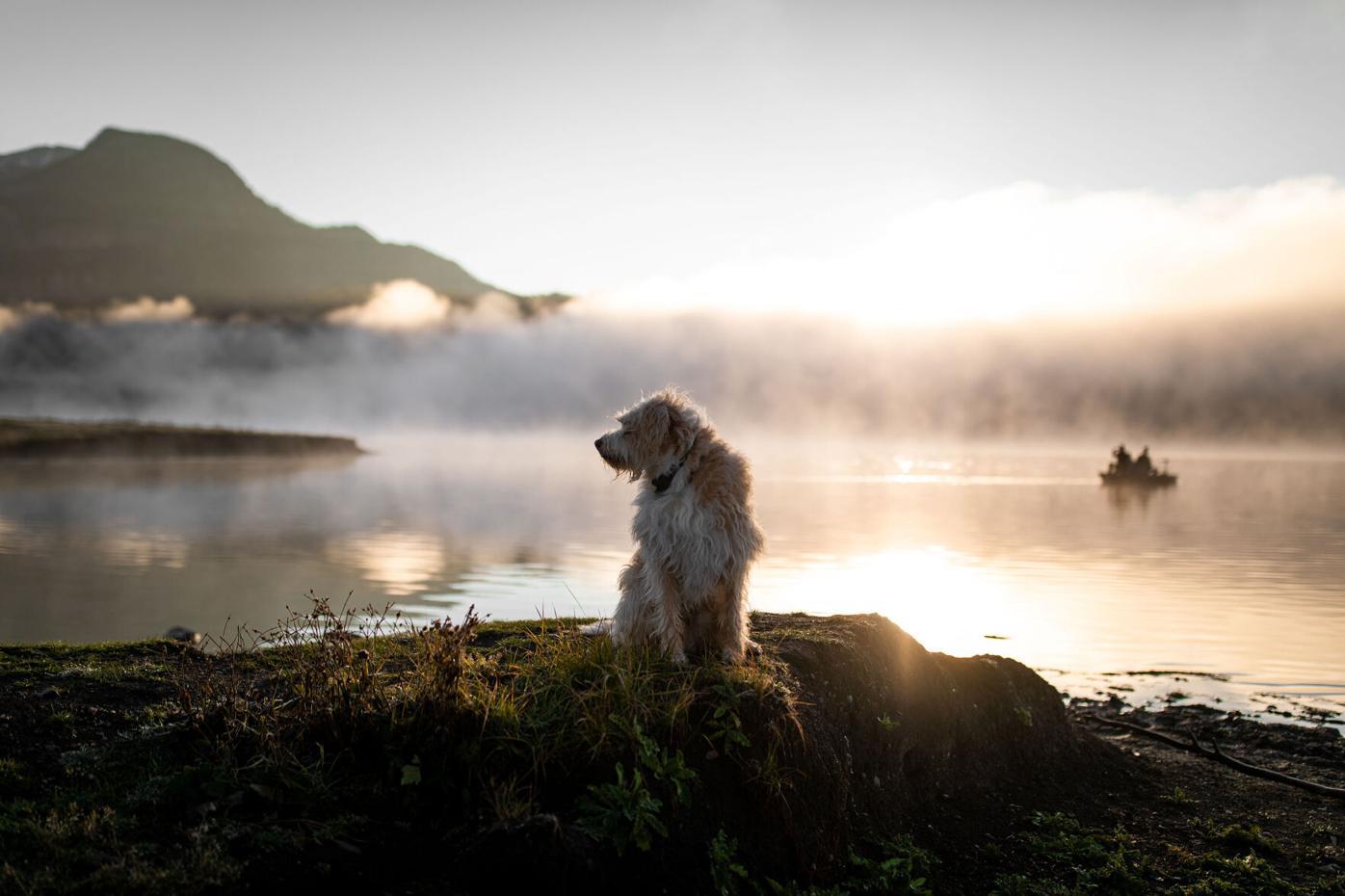 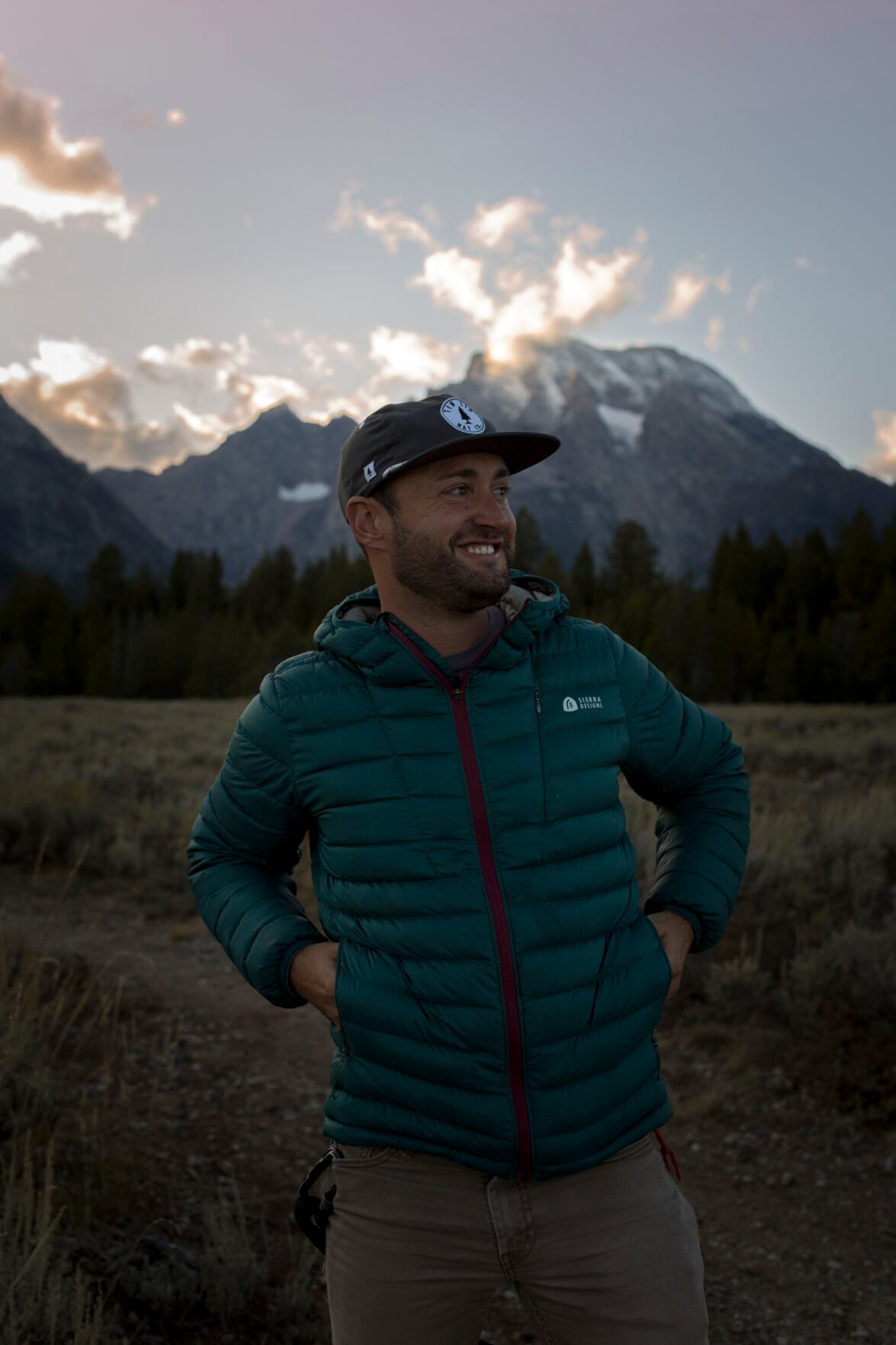 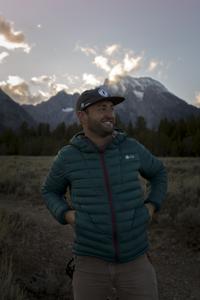 Stephen Martin didn't always consider himself the outdoorsy type, but that's where you'll usually find him these days. 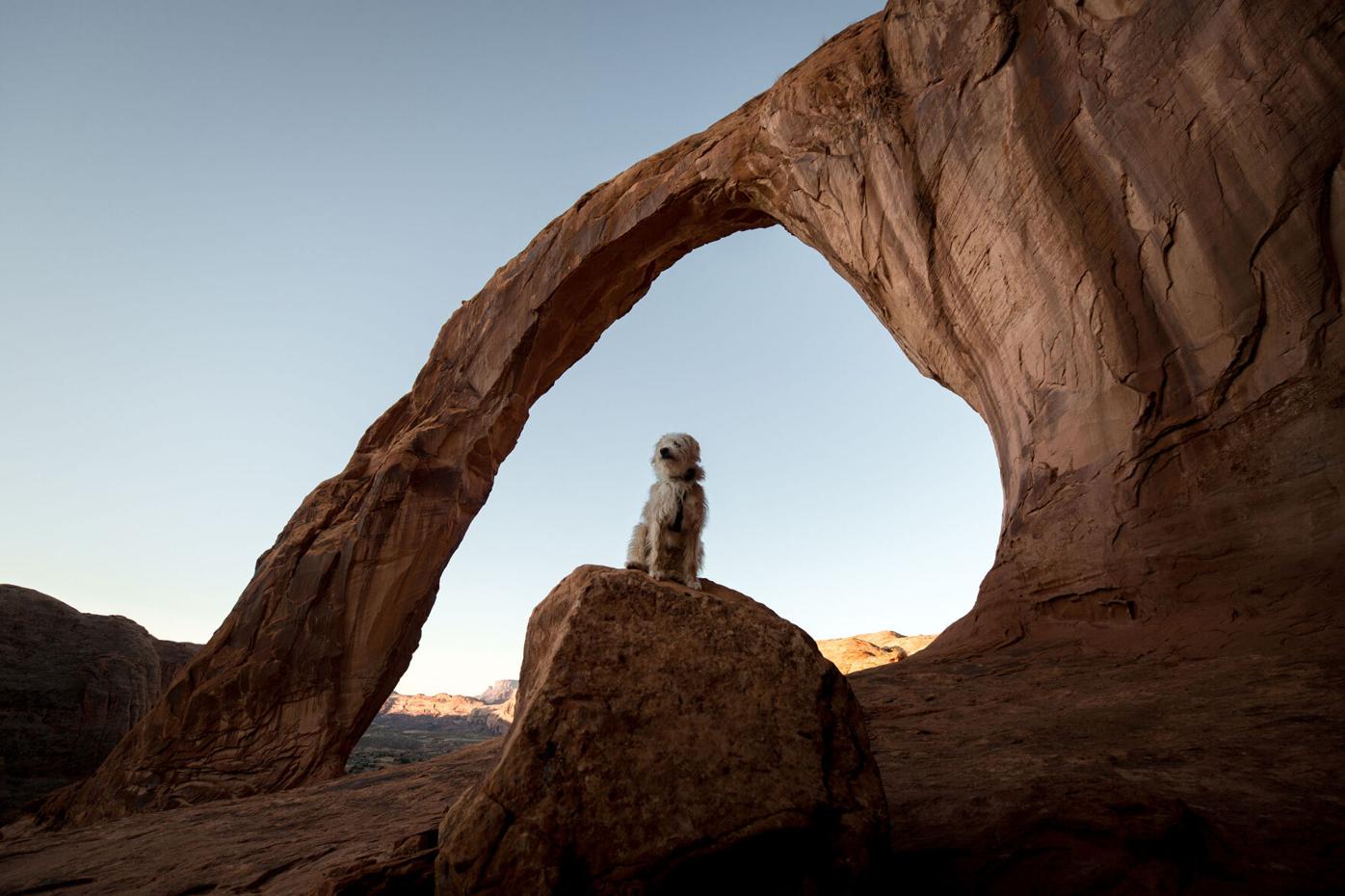 Ollie is no longer a puppy; he turned 9 this month. But he's still full of energy, Stephen Martin says. Photo courtesy of Stephen Martin 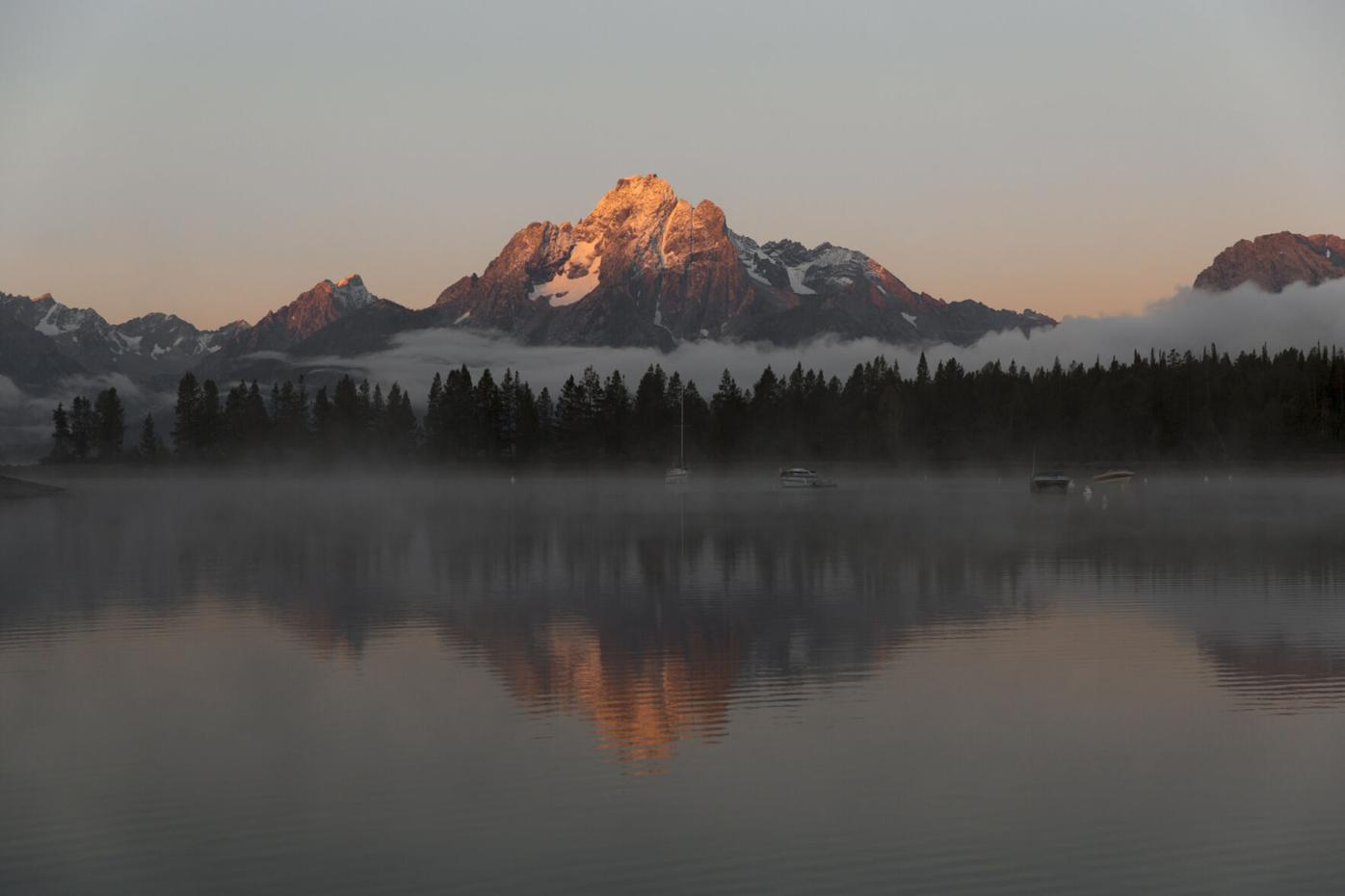 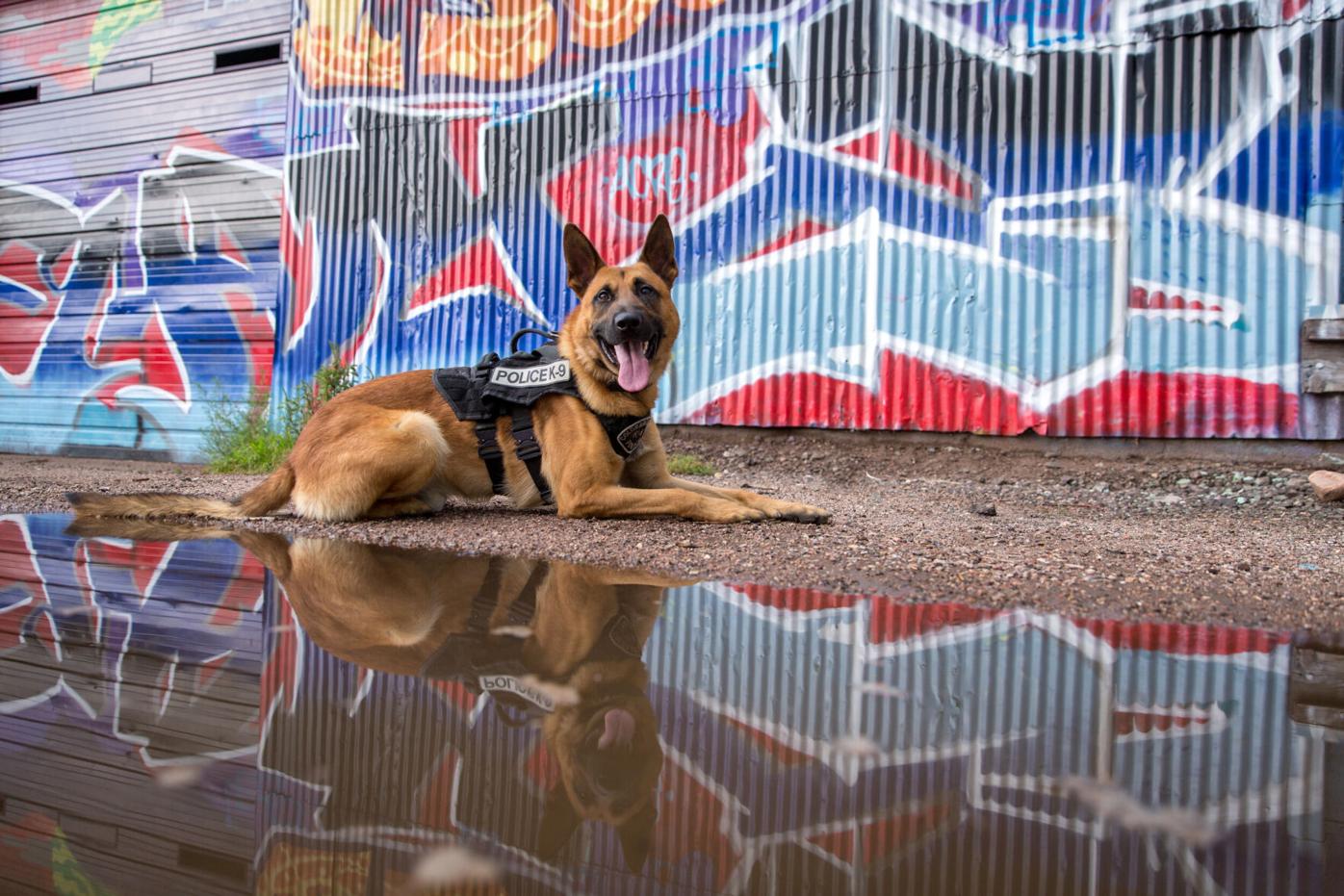 One of the stars of the Colorado Springs Police Department's 2021 K-9 Calendar. Photo courtesy of Stephen Martin

Stephen Martin didn't always consider himself the outdoorsy type, but that's where you'll usually find him these days.

Ollie is no longer a puppy; he turned 9 this month. But he's still full of energy, Stephen Martin says. Photo courtesy of Stephen Martin

One of the stars of the Colorado Springs Police Department's 2021 K-9 Calendar. Photo courtesy of Stephen Martin

Stephen Martin grew up a Dallas "city boy." While he enjoyed family trips to Colorado, he didn't consider himself particularly outdoorsy.

Today, he's a Colorado Springs-based professional photographer best known for his photos of the state's outdoor recreation scene. It was a transformation brought about by a move to Colorado, where he could enjoy its natural wonders full time — and by a pooch named Ollie.

Ollie just turned 9, but he was a pup when Martin got him during Martin's freshman year at the University of Colorado at Colorado Springs, where he was studying exercise science. Martin had just transitioned out of the military and was looking for a four-legged buddy to help him adjust.

Around the same time, Martin tackled his first fourteener, Mount Harvard. He didn't take Ollie along for that trek; he didn't know if the mutt was ready for such a journey. After the hike, Martin wasn't sure if he himself was ready.

But he was also hooked. He and Ollie began roaming the mountains on less-arduous adventures. Martin's Instagram account chronicling those adventures drew a notable following — and planted a seed for a new career path. Today, Martin is owner of Explore With Media, a creative media company offering Martin's photography, videography and design skills; his website describes him as "photographer, designer and dog dad."

The 35-year-old Martin is also a finalist for the Mayor's Young Leader awards, to be presented this month; the awards celebrate "young professionals — age 40 or under — who are making a significant positive impact in Colorado Springs."

He was nominated for the award by Yemi Mobolade, himself a winner when the awards were first presented in January 2015. Mobolade, now the city's small business development administrator, has known Martin since he was an early customer at the Wild Goose Meeting House, which Mobolade co-founded.

"He truly embodies the spirit of the awards" Mobolade says. "What makes him so perfect is that his profession, and what he does from a creative standpoint, the way he does it, directly connects to what I call city-flourishing. He's constantly telling stories on initiatives and organizations that promote the city."

Mobolade marvels at what he jokingly calls Martin's "nine lives" — meaning his varied career, which has included everything from protective service agent at NATO in Brussels, Belgium, to barista, to media manager at OutThere Colorado, to the creative storyteller he is today.

Martin joined the Army at age 19. He had been unsure of his future plans and ran into a recruiter "who said all the right things. Three weeks later, I was in basic training."

His years in the service included time in Iraq and being based back in Texas before his last years in Brussels. When he left the service, he came to Colorado Springs, where he had family friends, to pursue that health care science degree at UCCS. He did receive that degree and did work in the field some — he was an intern, for example, at the Air Force Academy's Human Performance Laboratory. But his adventures with Ollie sparked a creative interest that led him to launch Explore With Media — in 2015 as a side gig and a few years later as full time.

One of the 'doers': Owner of IT company plugs himself into Colorado Springs community

He's had no formal photography training; his first camera was a hand-me-down from an Air Force cadet. But, he says, he's had mentors — "people I looked up to and was influenced by."

Similarly, he had no experience in running a business.

"I would reach out to some of my friends who have been in the business — what does your invoice look like, how do you submit a proposal? ... l leaned really heavily on my organizational, development and program skills that I learned at NATO in Europe doing these big diplomatic missions. Filing embassy paperwork and permits, those were very similar concepts."

His Instagram account resulted in pet companies asking him for photos and content. "Then a company said, 'We love the dog stuff, but could you shoot the company?'" He also got opportunities with a few restaurants and started to build a customer base of local businesses. In addition to his outdoor recreation work, his food photography has gained attention.

He hasn't completely forgotten "the dog stuff," though; he was the photographer for the 2021 and coming-soon 2022 Colorado Springs Police Department's K-9 Calendar. The 2021 calendar won a Blue Pencil and Gold Screen award from the National Association of Government Communicators; the awards recognize excellence in communication at various levels of government. The K-9 calendar won first place in the calendar category, with judges praising the photography.

Video is a growing part of his business. Design Rangers, a local agency, hired Martin to be the photographer and videographer for its GRIT campaign, a partnership with multiple Colorado Springs institutions whose mission was to share and promote community resiliency in the face of the pandemic.

"This particular project needed someone behind the camera who understood that we'd be asking people to dig deep into their emotions, talking about mental health and how COVID was affecting them, their friends and family and their community," Jenny Schell, Design Rangers co-founder, said in an email. Martin, she said, was the perfect fit for that role.

Martin said he does little marketing; most of his business is word of mouth. Schell said she had known of Martin through his work for Visit Colorado Springs and Pikes Peak Region Attractions.

"But it was his work on the Small Business Thank You Video," she said, "that prompted us to reach out. We knew he was committed to our community — which is exactly the type of person we needed for this very important community focused campaign."

The thank-you video was the idea of Brandon DelGrosso, the owner of Switchback Coffee Roasters; released during the height of the pandemic, it thanked the community for its support of small businesses as they struggled to survive. Martin shot and produced the video, featuring 30-plus businesses. It was embraced by city entities and was shared on social media.

"It's very touching," says Mobolade, who is featured in the video.

Martin plans to deepen his stake in the community; he dreams of opening a downtown studio that would serve as a community hub for freelancers such as himself. He'd also like to expand farther out of Colorado Springs and Denver, "perhaps doing some high-end commercial agency work."

"He still loves it," Martin says. "He's still a puppy at heart."

Here are the finalists for the eighth annual Mayor’s Young Leader Awards. The awards were launched in 2015 to celebrate the outstanding achievements of young professionals age 40 and under.

Jessie Pocock, Inside Out Youth Services

One winner from each category will be announced during an award ceremony on Oct. 28 from 4-6 p.m. at the 3E’s Comedy Club, 1 S. Nevada Avenue. A special “Military Young Leader Community Impact Award” winner will also be announced. A livestream will be offered on the mayor’s Facebook page.

9 hospitalized in wrong-way head-on crash on I-25 near Monument; driver suspected of DUI