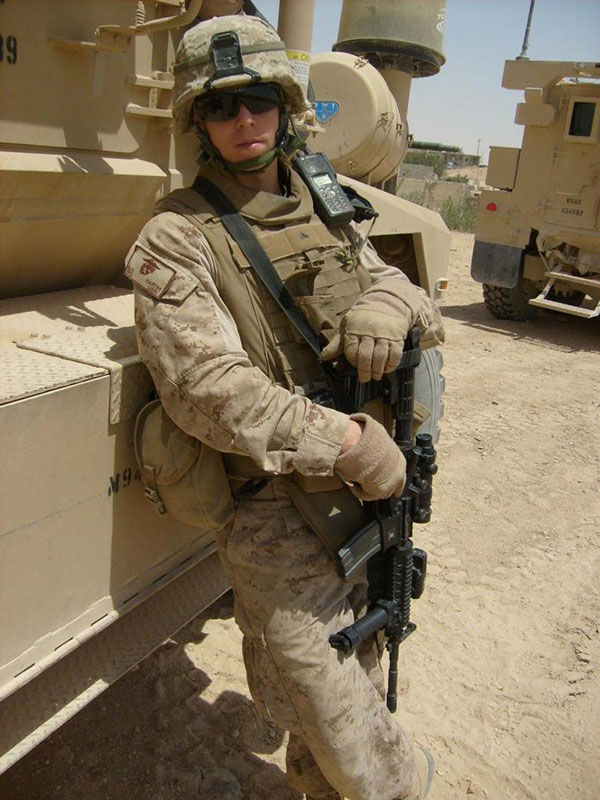 Marine Noah Harter is shown in Afghanistan. He arrived at the Colorado Springs Department of Veterans Affairs clinic in 2015 complaining of sleeplessness and suicidal thoughts. Although he received help, other steps in the VA’s suicide prevention program weren’t taken. He later killed himself. Photo credit: Courtesy of the Harter family

BACK: An Ideal Marine

The Department of Veterans Affairs didn’t follow its own guidebook in the treatment of Cpl. Noah Harter.

Noah arrived at the Colorado Springs clinic in 2015 complaining of sleeplessness and suicidal thoughts. Documents show he was assessed as a patient at high risk for suicide. Doctors there prescribed him an anti-depressant drug and completed a written safety plan, but other steps in the VA’s suicide prevention program weren’t taken.

Noah later took his own life.

The VA requires its medical providers to either hospitalize patients at high risk for suicide or release them with a clear plan for follow-up. Noah left with no scheduled appointments.

VA guidelines require doctors to refer suicidal patients “to Behavior Health provider for complete psychosocial evaluation.” While the VA won’t discuss Noah’s case directly, there’s no evidence that the referral was made.

The VA also requires doctors to limit a patient’s access to “lethal means.” There’s no evidence that occurred for Noah.

Noah’s parents found a safety plan with him when he died, a VA requirement before releasing a suicidal patient. They said the plan, though, consisted of mainly phone numbers that didn’t answer when called.

A key for preventing suicide, VA leaders say, is careful follow-up with a full treatment plan. It doesn’t appear the VA followed that guideline in Noah’s case.

The VA also says special care must be taken when patients are given powerful psychoactive drugs like the anti-depressant prescribed to Noah. Doctors, the VA says, must check back with patients to “optimize pharmacotherapy of the underlying disorder to reduce suicide risk.” There’s no evidence that happened in this case.

The VA has offered apologies to the Harter family but has refused to release an internal investigation into what went wrong in his case. It’s also unclear whether employees involved faced discipline.

Because the VA is a federal agency, it cannot be sued for wrongdoing under the long-held legal precedent of federal immunity.