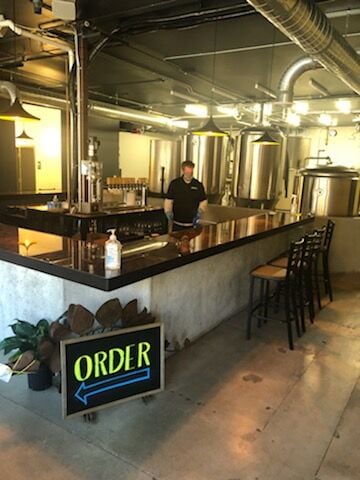 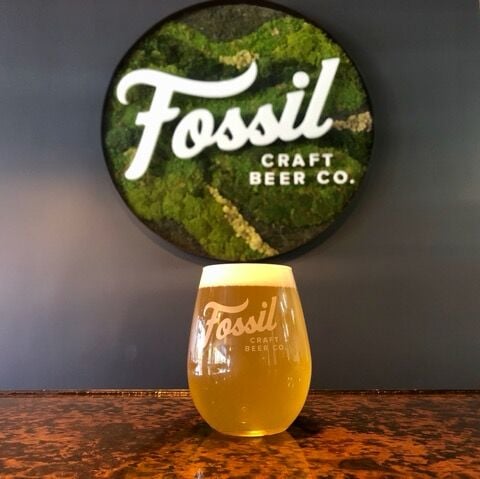 Fossil Craft Beer Co., 2845 Ore Mill Road, No. 1, on the city’s west side, recently underwent a renovation and expansion.

Fossil Craft Beer Co., 2845 Ore Mill Road, No. 1, on the city’s west side, recently underwent a renovation and expansion.

Spatial math is king in the world of building codes (and pandemic safety), and the rules of the realm can get tricky.

And sometimes, the strange equations work out in the end. All things considered, they kind of did for Fossil Craft Beer Co.

Big visions and cozy digs have always been part of the mix at Fossil, founded in 2014 at the edge of a retail strip off South 31st Street on Colorado Springs’ west side. A handful of seats at the bar and four tables meant the tasting room was an intimate affair even at full capacity. Because of the magic of building code math, however, there were plenty of bathrooms.

“Our old space, when we were doing the build-out, we were big enough — when you included the square footage of the single bathroom — to be required to install a second bathroom,” said owner and brewer Josh Mater, who, with his wife, Megan, took over the business from its founding owners in 2015. “But with that second bathroom, it made our taproom so small that we would have only been required to put in one bathroom. Yeah, building code is a strange and wonderful thing.”

In August 2019, Fossil began an expansion into the unit next door, a project that would effectively double its size — and end up wrapping about a year later, at a time when dine-in space (of at least 6 feet) is suddenly at an all-time premium. That old Catch-22 bathroom is no longer a bonus potty. If it hadn’t been there, it would have been required due to the greater occupancy the new space could hold ... if we weren’t in the middle of a viral outbreak.

With restrictions meant to slow a recent surge in the COVID-19 virus in Colorado, Mater said the expanded space has “paid for itself” by allowing the brewery to stay at its old status quo for dine-in.

“If we had the original space, only three or four people could be in there at any one time,” he said. “Now, even with half capacity we can actually seat more people than we used to be able to seat at any one time. It’s super, it’s weird and it’s worked.” (Under the latest restrictions, dine-in service at brewery tasting rooms such as Fossil now is limited to 25% of capacity.)

The expansion, which included the addition of two fermenters and a bright tank to the brewhouse, also allowed Fossil to grow its taps from eight to 18, which Mater said has opened up a new horizon of creativity.

“That’s why you see beers like our Cocoa Puffs beer and our green chile beer, and a couple IPAs to chose from,” Mater said. “That kind of let us keep on trend a little bit better, and we’re going to keep growing.”