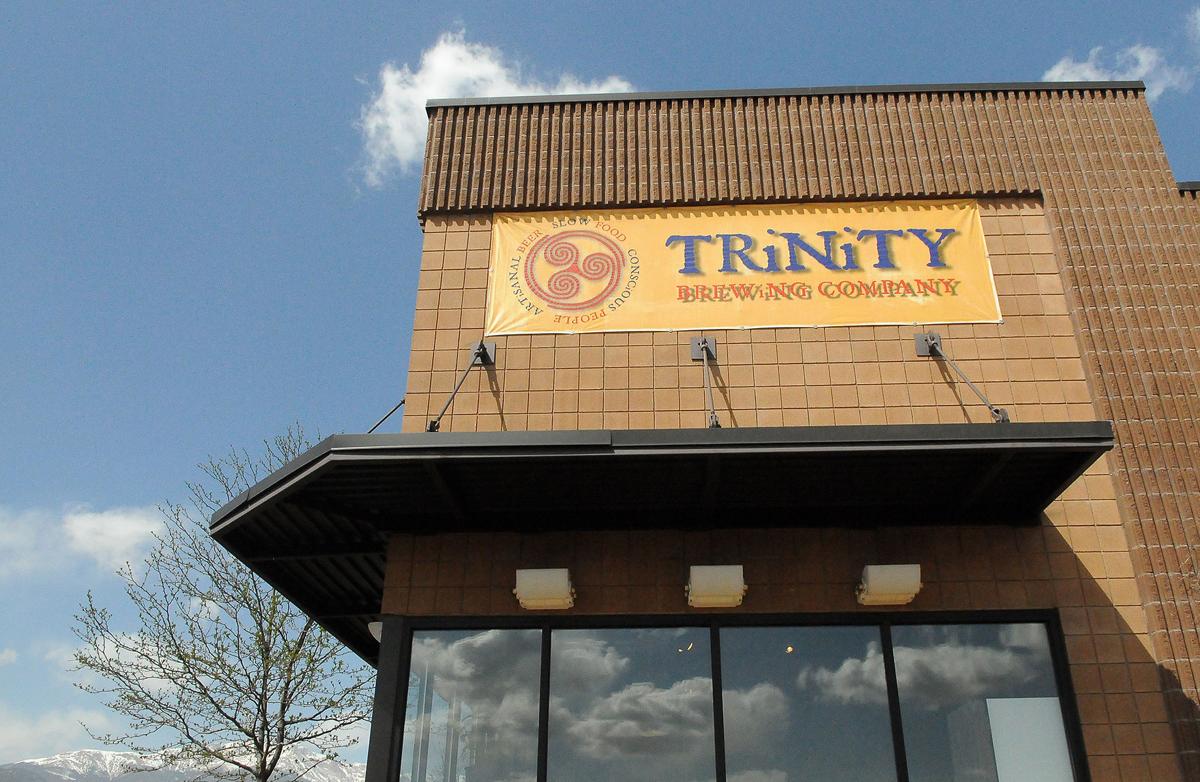 Trinity Brewing Company is pictured in 2015. 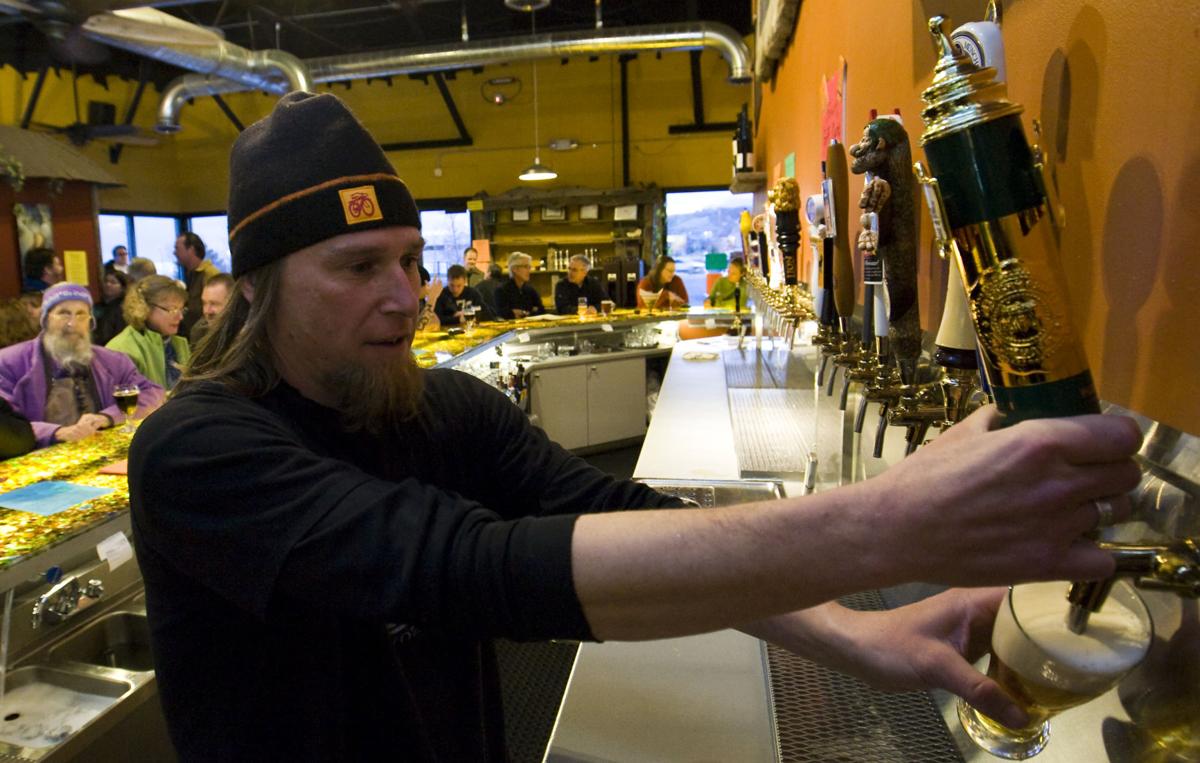 Ken Binning pours a beer in 2008 at Trinity Brewing Company in Colorado Springs, shortly after the business opened. 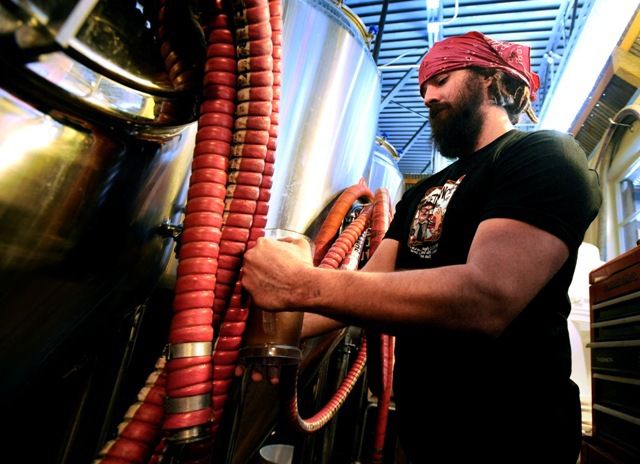 Jason Yester, former owner and brewmaster at Trinity Brewing, tests beer in the fermentation stage in 2014.

Trinity Brewing Company is pictured in 2015.

Ken Binning pours a beer in 2008 at Trinity Brewing Company in Colorado Springs, shortly after the business opened.

Jason Yester, former owner and brewmaster at Trinity Brewing, tests beer in the fermentation stage in 2014.

Jason Yester, the beer alchemist whose award-winning Trinity Brewing helped elevate the profile of artisanal brews here and beyond, has sold his Colorado Springs brewpub on Garden of the Gods Road.

“I’d like to take a moment to make a public announcement that I have sold Trinity Brewing Company, and to specifically thank all of you who supported us throughout the years,” wrote Yester in a July 2 post to the Facebook page of his alter ego, Saison Man.

“It was an unbelievable 13 years, and the accomplishments we witnessed were incredible. I was very blessed with the very talented people I was able to work with and I wouldn’t trade this time spent for anything.”

Trinity’s new owner is local restaurateur and entrepreneur Matt Dettmann, who has indicated he plans to keep the name as well as many of the brewery’s iconic beers

Yester got his start in beer-making several years before he was old enough to legally drink alcohol, working at Bristol Brewing — eventually as a brewer — while he pursued a degree in microbiology at Colorado College.

When he left to open his brewpub in 2008, “sours” and “saisons” were not yet familiar parlance among the craft brew set. The location he chose, at a strip mall well outside downtown, and the concept — to serve experimental beer styles and “slow food,” made from scratch, using locally sourced ingredients — struck many as a risky move.

“I got criticized to the brim for every way that I set up this business,” he said, in a 2013 interview with The Gazette. “But the one thing I couldn’t do was another cookie-cutter brewpub.”

The year after Trinity opened, it earned its first medal at the Great American Beer Festival, for TPS Report, a Wild Ale style beer made entirely with wild Brettanomyces yeast.

By its fifth anniversary, it had expanded, tripling brewing capacity, and was continuing to rake in awards, from the GABF and other high-profile competitions. It was ranked the top brewpub in the state for six years running, starting in 2012, and the 27th best brewpub in the world in 2011, by the website ratebeer.com. Its brews were twice included among the top 25 beers in the world by Draft Magazine.

“The innovation and courage we developed at Trinity Brewing was unmatched and I can not express the amount of pride I have,” Yester wrote on Facebook. “I was extremely lucky to have brewed during the best years of our business, and I was able to spend 13 years of my life making art... who can ever claim they had that chance?”

Yester’s devotion to his art, and the making of non-“cookie-cutter” beers, occasionally led to buzz that had nothing to do with ABV. A 2014 tweet that appeared to mock local beer intelligence, and hint about a relocation to the Denver area, stirred up a minor storm on social media.

Ultimately, Trinity remained in the Springs — and will, after Yester departs at the end of the month to pursue the “next chapter” in his life.

“Times have changed and I am respectfully exiting under my own power,” Yester said on Facebook.

A farewell party is planned for his last day at the brewery, July 31.

“For those of us who know the level of brewing excellence Jason put into Trinity, this is a sad/sweet time,” said Trinity’s business development manager, Karthik Krishna. “While Jason’s passion, expertise and hard-work resulted in one of the longest lists of awards of any American brewer in history, Matt brings with him a business acumen and leadership skills that makes Trinity’s future outlook bright and exciting.”

Drive-in movies, comedy shows and music to see this weekend in Colorado