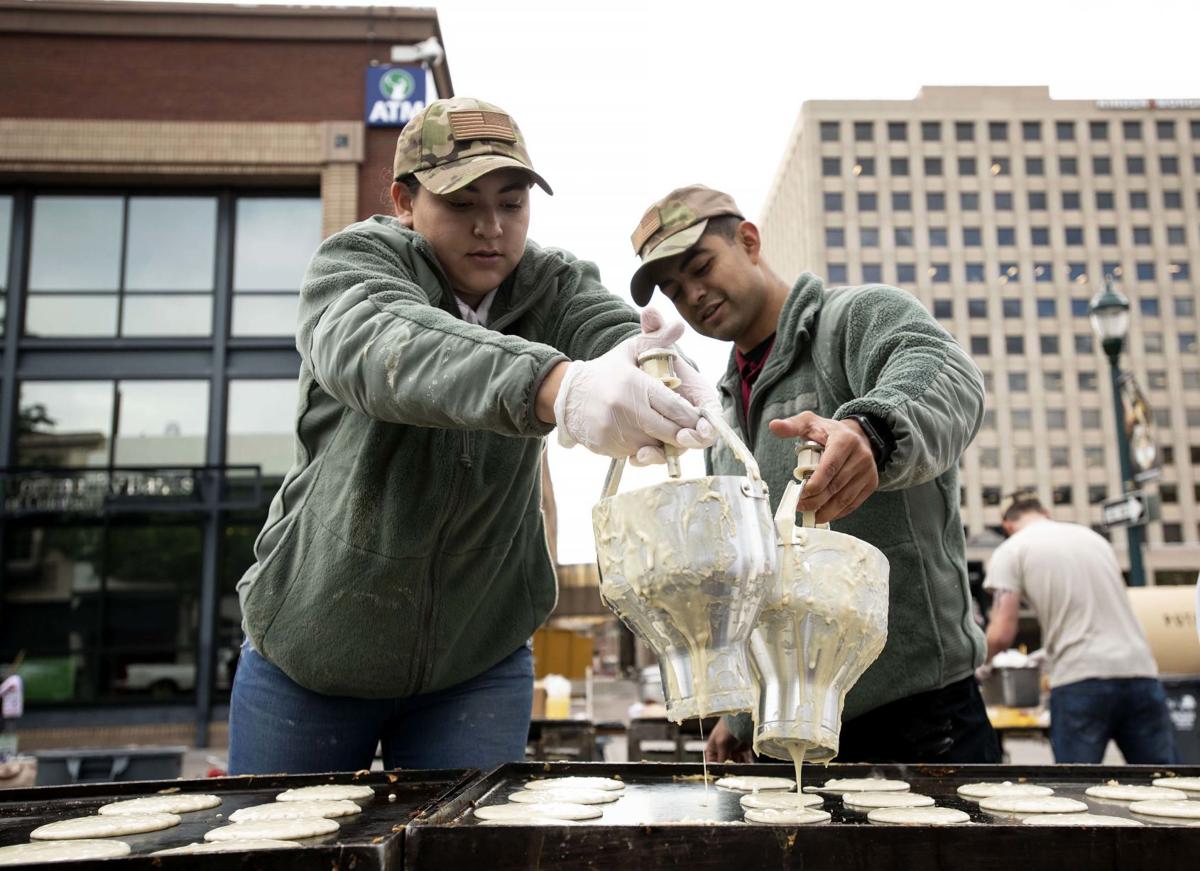 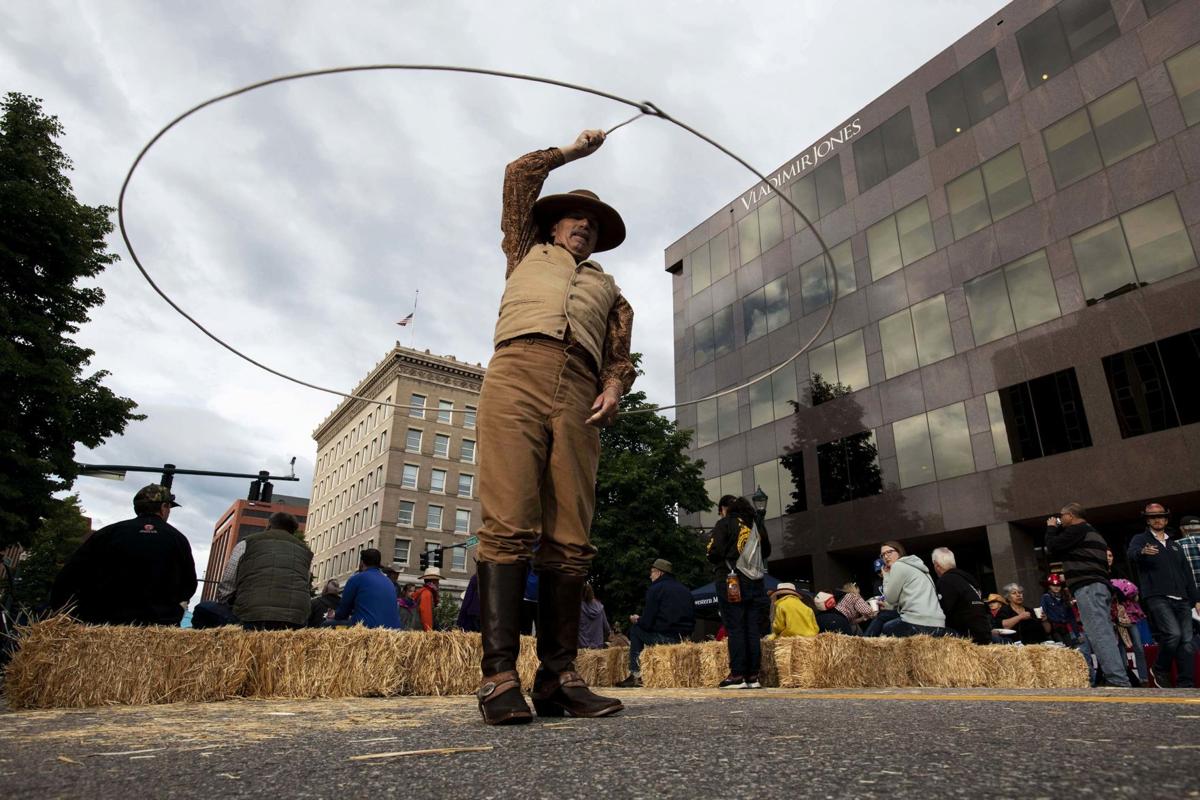 Payson Peterson performs the trick rope trick the "Wedding Ring" during the Colorado Springs Western Street Breakfast on Wednesday, June 19, 2019. All proceeds from the event benefit local military and their families.

Payson Peterson performs the trick rope trick the "Wedding Ring" during the Colorado Springs Western Street Breakfast on Wednesday, June 19, 2019. All proceeds from the event benefit local military and their families.

Not many Colorado Springs traditions can say they’ve been around since World War II. That’s something the Western Street Breakfast prides itself on.

And it’s something, like a lot of things, that got interrupted in 2020.

The iconic event, known for taking over downtown Colorado Springs streets with pancakes, hay bales and horses, was canceled last year due to the pandemic for the first time since 1936.

The early-morning celebration of all-things Western returns Wednesday with the motto, “Flapjacks and Fun in ‘21.”

The event’s namesake, a hot breakfast served on the street by members of the Army and Air Force, will be available from 5:30 a.m. to 9 a.m. and includes pancakes, eggs and a drink for $5. There will be music from the Flying W Wranglers as well as performances from the country rock band Exit West and the Sweetwater Native American dancers.

As thousands of people dine on hay bales, they can also check out (or participate in) a dress-up contest, coined the 72nd Annual Lil’ Cowboys & Cowgirls Roundup, and catch the grand procession of the Pikes Peak Range Riders as they parade out of town on horseback.

The sight will be a far cry from the first Western Street Breakfast, when about 35 people got together and grabbed food from an old chuck wagon. It’s a tradition that keeps growing, as crowds often swell to 10,000 people.

Proceeds from the Western Street Breakfast go to supporting local military and their families.

New this week: 'Jungle Cruise' and music from Prince, Eilish