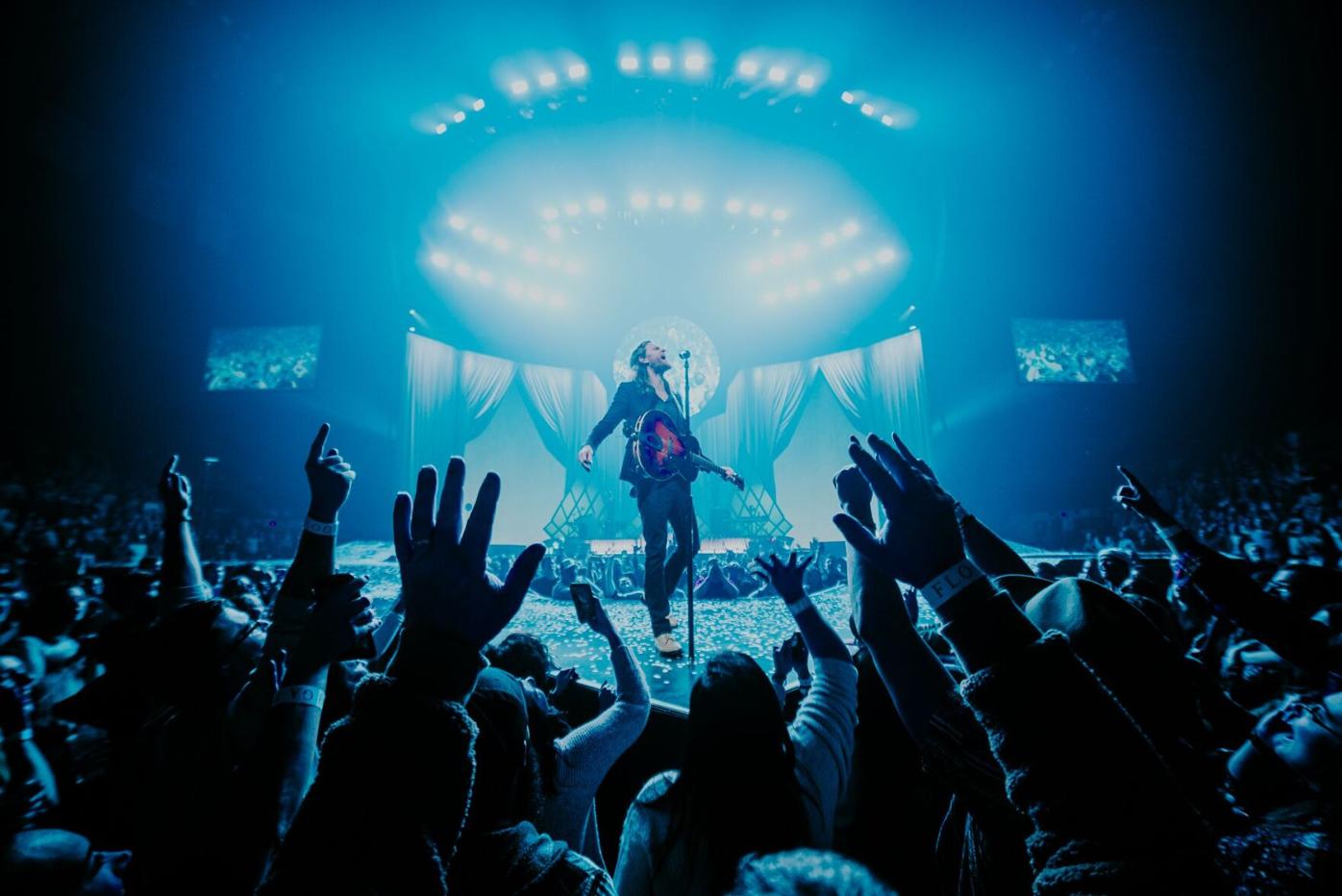 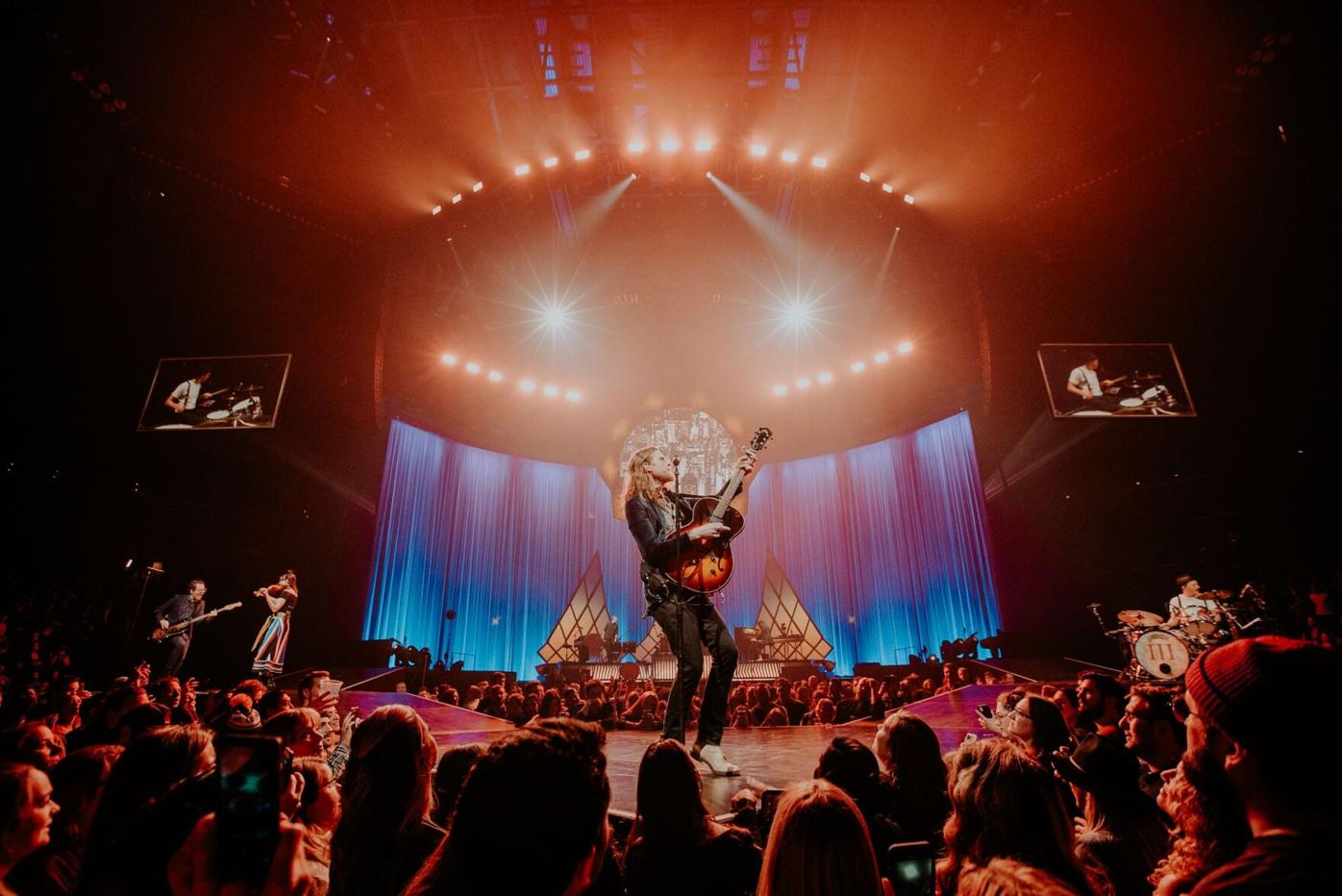 Lend him an ear, and Wesley Schultz will serenade you across the expansive range of human emotions and inspire toe-tapping — even if you’re confused whether “Ho Hey” is a breakup song or a wedding march.

“People hear what they want to hear. It’s mostly how they feel when they hear it,” said Schultz, Denver’s rock-star-of-the-first-magnitude frontman for The Lumineers. One of the most successful bands with sonic roots in the Mile High City, The Lumineers release their fourth studio album, “Brightside,” on Friday; its first single, the title track, hit No. 1 on two Billboard charts.

“This album is more a feeling than a particular point or message,” Schultz said in a telephone interview. “The music makes you feel.”

The “Brightside” album cover features an out-of-focus photograph of a hand reaching up, palm open.

“That’s my hand in the sky,” Schultz said. “It’s outside my yurt in the Catskills. It’s a hand out of a sunroof, even a hand out of the earth — back from the dead. For us, it brought up feelings of youthful indestructiveness, when you do something you know you shouldn’t be doing, but you do it anyway. Like the first cigarette. Or riding motorcycles. There’s that element that you could maybe get hurt, but you also feel really alive.”

The Lumineers, in important ways, came to life in Denver after Schultz and co-founder Jeremiah Fraites relocated from the East Coast in 2009. “Brightside” drops nearly 10 years after The Lumineers’ 2012 self-titled album with the hits “Ho Hey” and “Stubborn Love” that catapulted the band into international fame.

Over the past decade, the band has racked up 21 No. 1 hits and multiple Grammy nominations. It played the grand opening of Mission Ballroom and, prior to the pandemic, sold out a show scheduled for Coors Field.

Asked what sparkles most in his memory, Schultz said, “It can be a blur. When that all was happening, I had a strange, ominous feeling like it happened too quick and could go away too quick: easy come, easy go.”

“It exploded,” Schultz said of The Lumineers’ success. “Opening for U2 was huge, playing the White House a couple times and meeting President Obama: Those are highs.”

Schultz also finds gratification in the relationship between the band and their audience.

“One of the highs approaching our 10-year mark is that we built trust with fans,” he said. “We take them different places, and sometimes it’s not easy.”

But “Brightside” bangs the drum of optimism.

“My mom said, ‘Cheer me up with this. I hope this album’s more happy-clappy.’ And I thought, ‘What does that even mean?’” Schultz said. “This is optimistic without being cheesy — and that feeling is in a lot of the songs.”

The new song “Rollercoaster,” with Schultz’s voice nimbly sliding up and down the scale, might contain the most poignant lyric spawned by the pandemic: “Everyone was only dyin’ to live.”

Schultz distinguishes The Lumineers with his no-holds-barred lead vocals. He did, as a lad, sing in a school choir. “There was a solo. You had to try out for it. I was really scared, but I thought ‘I can do this.’ The guy who got the solo, I thought I was way better. So even at a young age, even if I wasn’t very good, I had the belief I was,” Schultz said.

“I had inner swagger. Now it seems silly, but it was wind in my sails.”

Colleen Smith, based in Denver, writes about arts and culture.