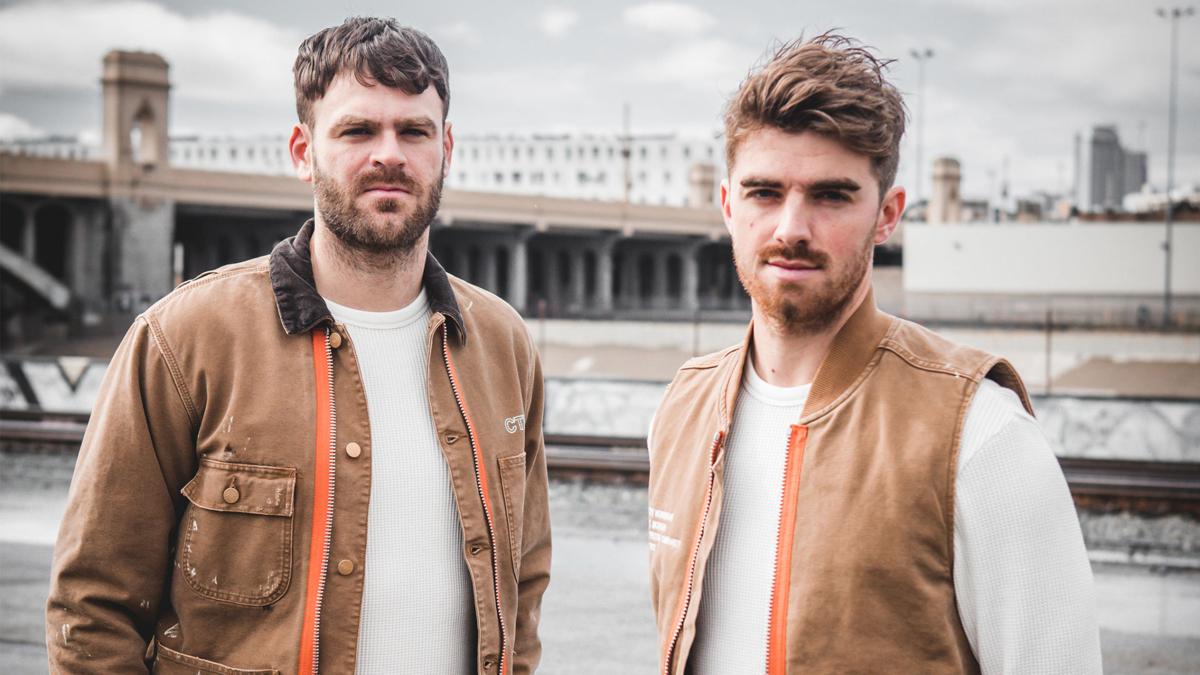 The Chainsmokers are teaming up with 5 Seconds of Summer for a concert Tuesday at Pepsi Center in Denver. 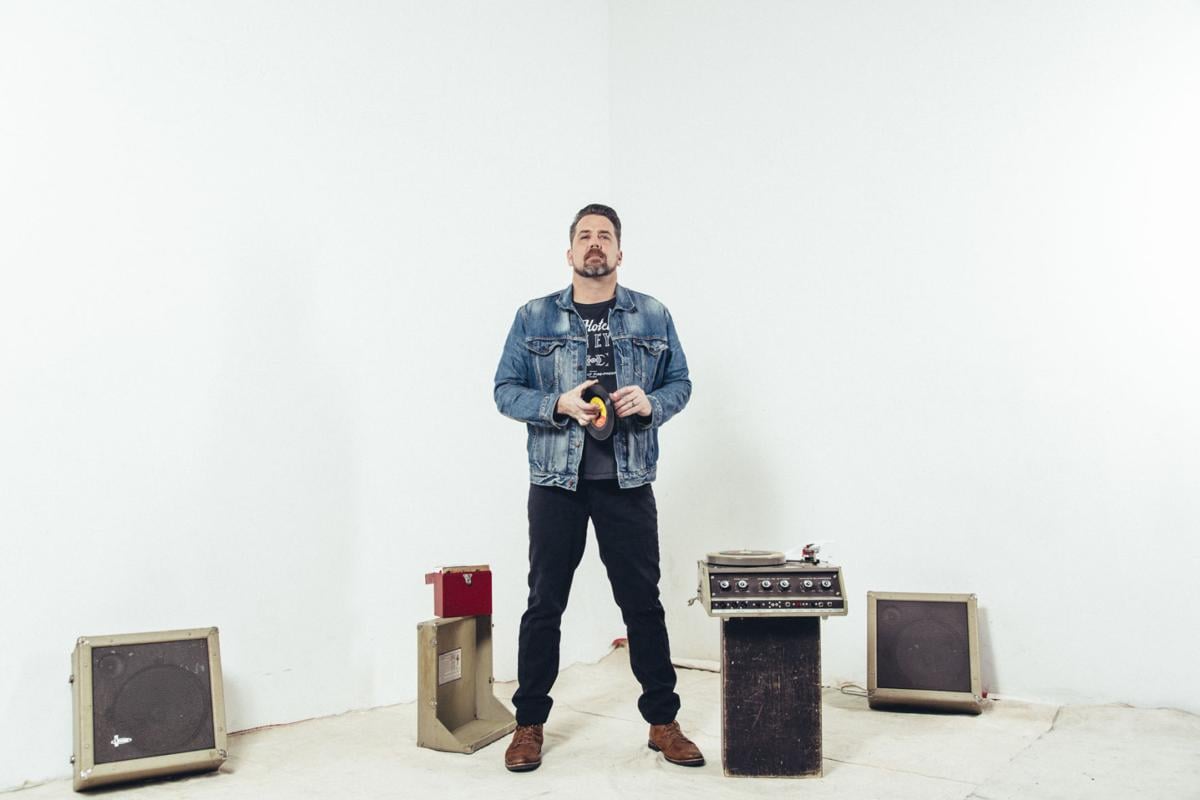 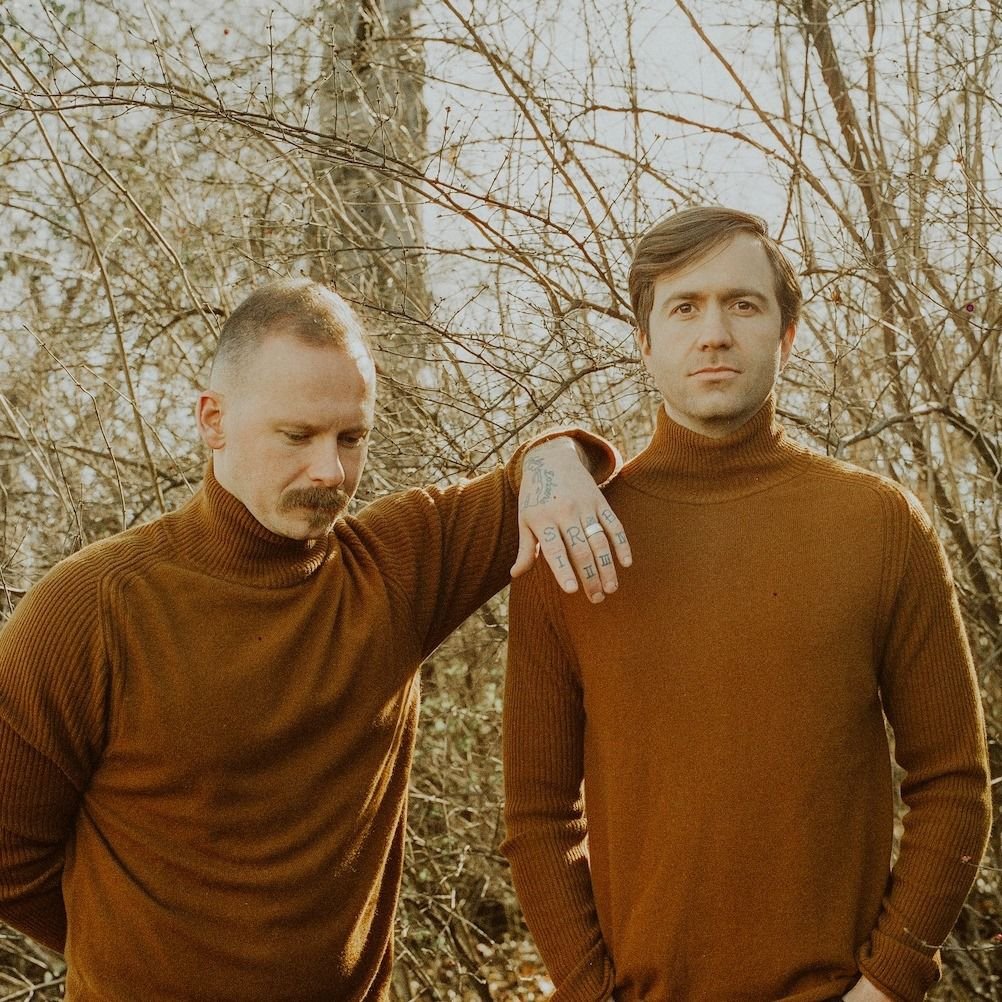 Penny & Sparrow will play a show Saturday at Gothic Theatre in Englewood. 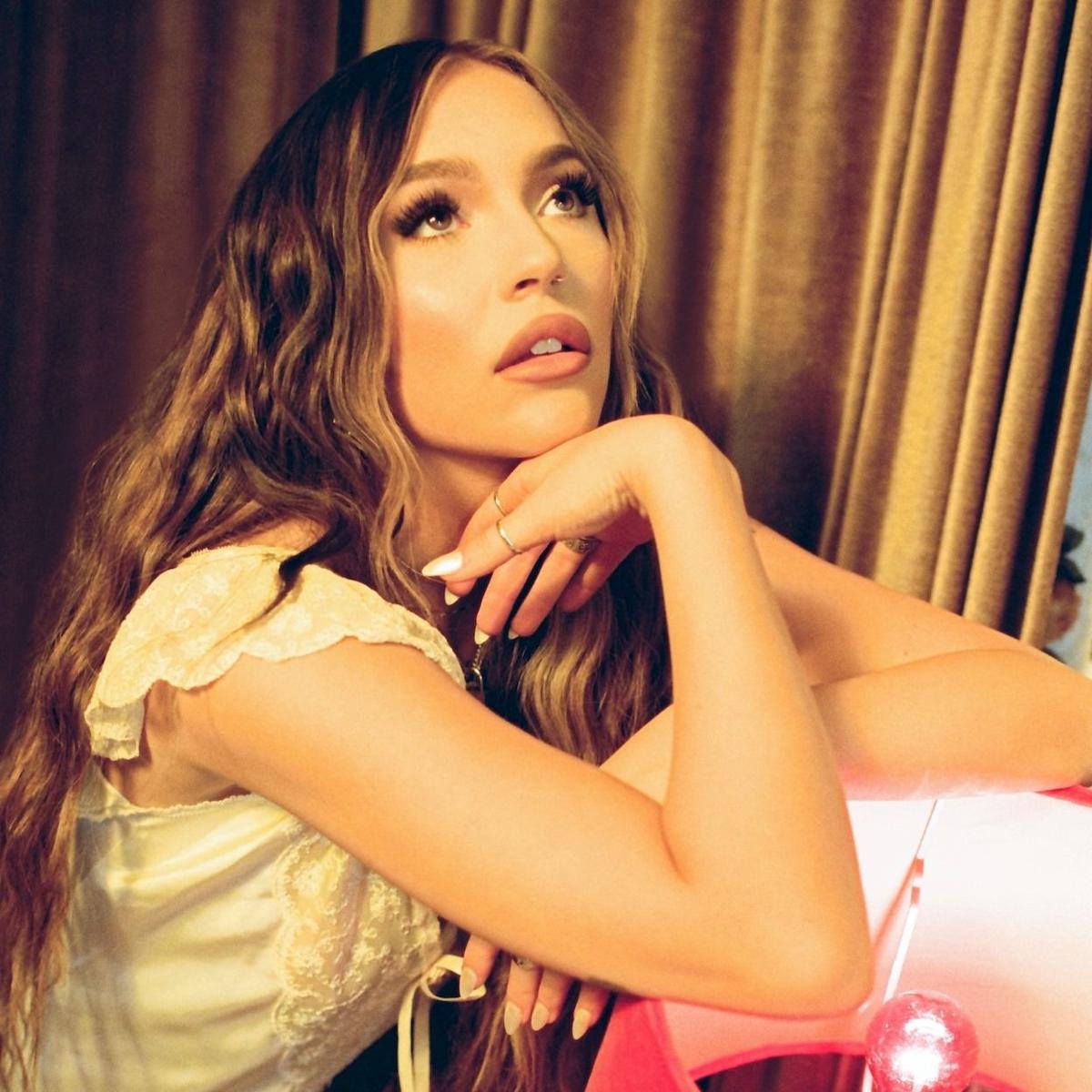 Lennon Stella will open up for The Chainsmokers and 5 Seconds of Summer on Tuesday at the Pepsi Center in Denver. 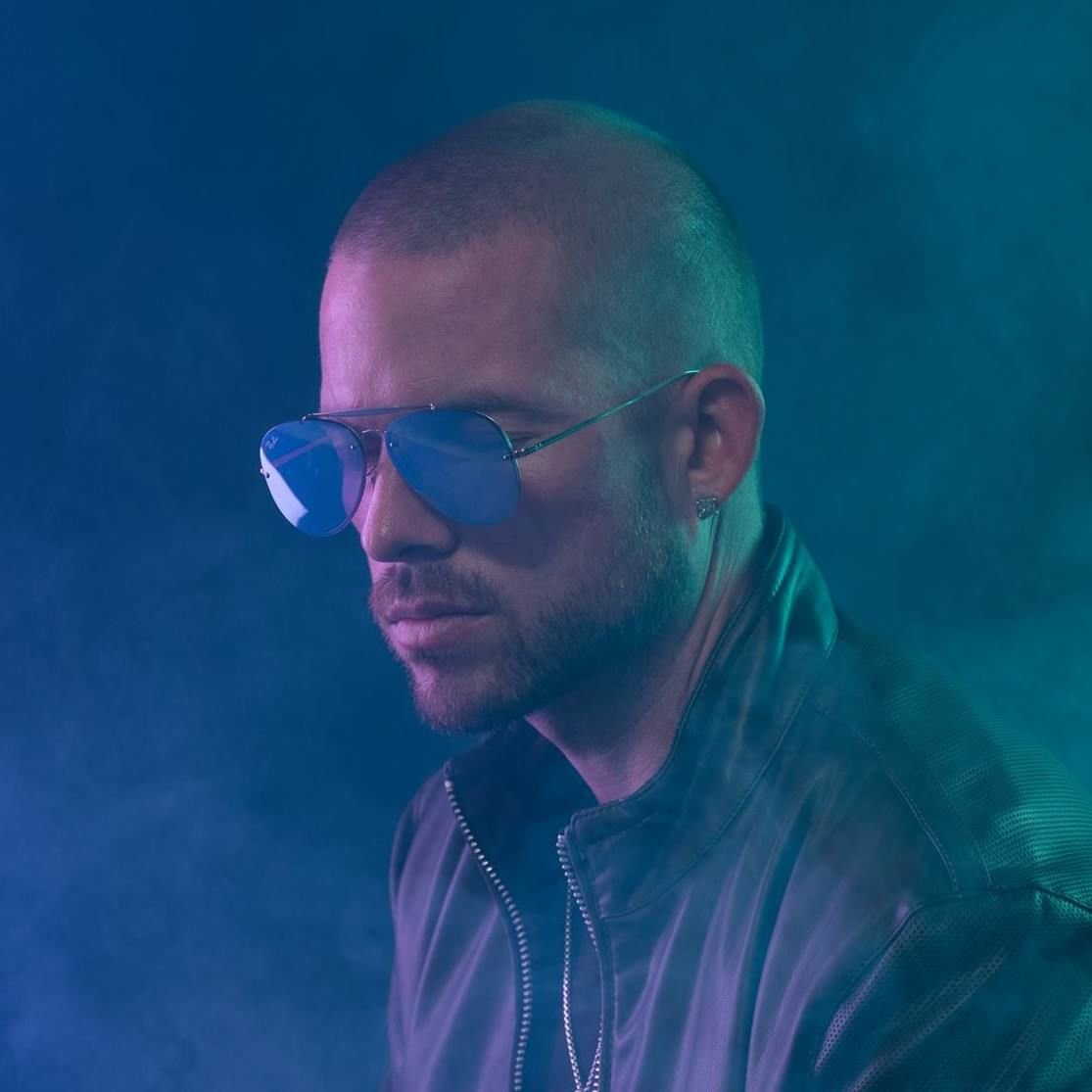 Collie Buddz will play Sunday at The Black Sheep. 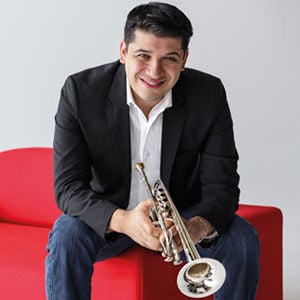 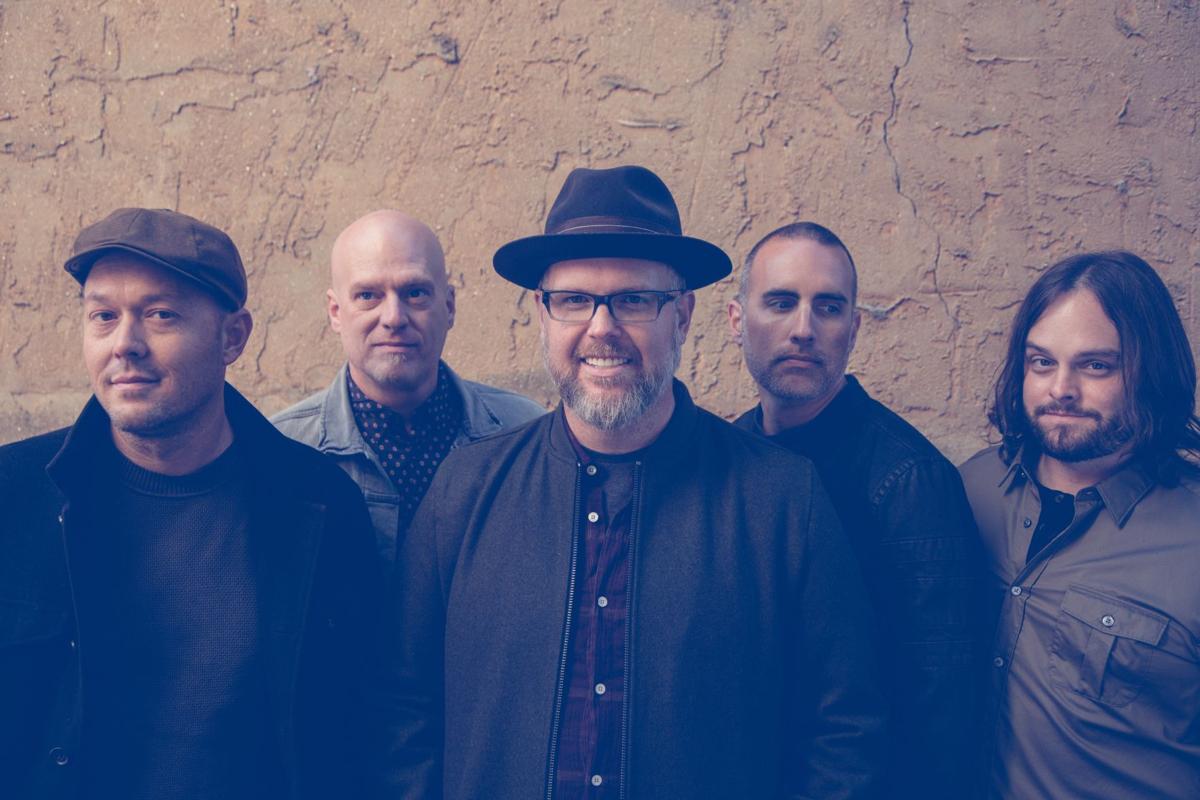 MercyMe will be performing Thursday at The Broadmoor World Arena.

The Chainsmokers are teaming up with 5 Seconds of Summer for a concert Tuesday at Pepsi Center in Denver.

Penny & Sparrow will play a show Saturday at Gothic Theatre in Englewood.

Lennon Stella will open up for The Chainsmokers and 5 Seconds of Summer on Tuesday at the Pepsi Center in Denver.

Collie Buddz will play Sunday at The Black Sheep.

MercyMe will be performing Thursday at The Broadmoor World Arena.

Chainsmokers with 5 Seconds of Summer

You’ll want to stick around for this whole show to hear hits like “Closer” and “This Feeling” by the hit-making Chainsmokers. But you’ll also want to get there early to see opener Lennon Stella. The pop singer/songwriter has spent much of 2019 introducing her solos sound to small crowds, including those who know her from playing the folksy Maddie Jaymes on the TV show “Nashville.” Stella released her debut album, “Love, me,” in November 2018, a few months after “Nashville” wrapped. After Stella, Austrailian pop punk band 5 Seconds of Summer will take the stage, armed with hits such as “Youngblood” and “Teeth,” which appeared in the popular Netflix series, “13 Reasons Why,” and a collaboration with the Chainsmokers called “Who Do You Love.” The headlining band promises a high-energy show with sci-fi-inspired effects to match.

Nashville blues/folk singer and guitarist Patrick Sweany released his latest album, his eighth, “Ancient Noise” in May 2018. Sweany recorded the tracks at the legendary Sam Phillips Recording studio in Memphis. The record mixes explosive guitar work and storytelling on songs like “Up and Down” and “Old Time Ways” and adds to Sweany’s strong collection, topped by “Them Shoes.”

Art Garfunkel has made his singer-songwriter mark as a solo artist as well as one-half of Simon & Garfunkel. The duo’s collection of hits includes “Mrs. Robinson,” “The Boxer” and “The Sound of Silence.” He has been playing solo shows for several years and brings to town his “In Close-Up” tour, a show composed of some Simon & Garfunkel songs as well as songs from his 12 solo albums.

Something else: A portion of the proceeds go toward The Empty Stocking Fund

Looking to get into the holiday spirit early? The Trans-Siberian Orchestra first performed its “Christmas Eve and Other Stories” show in 1999. Twenty years later, the rock opera continues to tour around the holiday season, bringing a Christmas Eve story to stages across the country. The show features songs such as “Ornament,” “Old City Bar,” “O’ Come All Ye Faithful” and “This Christmas Day.” And then there are the “other stories,” during which the Trans-Siberian Orchestra will perform a second set full of its greatest hits like “Christmas Canon” and “Wizards In Winter.”

Penny & Sparrow’s cover of the Frank Ocean’s “White Ferrari” is one of the best country and Americana songs to listen to right now, according to Rolling Stone.

The folk duo made up of Andy Baxter and Kyle Jahnke has more where that came from. They deliver ethereal harmonies and melancholic lyrics in songs such as “Kin” and “Duet” featuring Stephanie Briggs.

In August, the duo from Austin, Texas, released its sixth album, “Finch,” featuring a tune called “Don’t Wanna Be Without Ya,” which romanticizes the idea of reincarnation. The chorus, for example, goes, “If you start over, can I redo mine too?/Anything you become/Lemme run beside you.”

Penny & Sparrow spent the summer opening up for Josh Ritter and is wrapping up a headlining tour, which runs through the end of the month. Folk pop duo Lily & Madeleine will open the show.

Collie Buddz’s music is no doubt inspired by being born in New Orleans and raised in Bermuda. The reggae artist is best known for the flowy upbeat single “Come Around,” which has been streamed more than 38 million times on Spotify.

Since releasing the 2007 song, Buddz has collaborated with Shaggy and performed at Lollapalooza as well as Reggae on the Rocks at Red Rocks Ampitheatre in Morrsion.

Latin American trumpet player Pacho Flores is a special guest for this concert with the Colorado Springs Philharmonic. Flores, a founding member of the Venezuelan Simón Bolívar Brass Quintet, will play through a lineup of pieces such as Gerswin’s “Cuban Overture” and his own composition, “Morocota,” with conductor Josep Caballé-Domenech leading the concert.

When calls first came in about turning Bart Millard’s famous song into a movie, he blew them off.

The frontman of the contemporary Christian band MercyMe never thought a film version of “I Can Only Imagine” would get made.

“I just thought, ‘Christian movies are usually not that great,’” Millard said in a phone interview. “This movie won’t happen.”

But then there was a script. The Erwin brothers got involved as directors. Millard was watching screen tests.

The movie was happening.

“Everything I had spent my whole life burying was about to be on screen,” he said. “I was nervous.”

“I Can Only Imagine,” based on Millard’s life and his rough relationship with his father, came out in 2018 and starred Dennis Quaid as his father. Grossing $84 million, it was a blockbuster hit.

“We never could’ve expected that,” he said. “What we all underestimated was that the song had been promoting the movie for 20 years.”

That wasn’t the first time the reach of the song surprised Millard.

Nearly two decades earlier, he wrote “I Can Only Imagine.” It would go on to play over and over on Christian radio. And that’s where he thought it would stop.

In 2003, a morning radio host, which Millard likened to Howard Stern, was doing a truth-or-dare segment. A listener called in to dare the station to play “I Can Only Imagine.”

People listened. People called in to request it again. People told stories about what the song meant to them. People would ask for the song to be played multiple times per day, saying, “I’m having a hard time. Can you play it?”

Millard thinks it connected because “it doesn’t shove the Bible in your face.”

“It deals with something any human has probably wondered,” he said. “If I ever see God, what in the world am I going to do? We’ve all pondered those eternal questions.”

Soon, other mainstream stations caught on and “I Can Only Imagine” became a crossover hit. For a few months, it was No. 1 on the charts, ahead of 50 Cent’s “In Da Club.”

“It was like a perfect storm,” Millard said. “God put that thing in the right place at the right time. It felt like that was the song for the moment.”

MercyMe has released a dozen album since then and continued to find success on Christian radio, including with recent hit “Almost Home.” Millard says another album is in the works and will be done by the end of the year.

But when people think of MercyMe, they’ll likely always think of “I Can Only Imagine.”

MercyMe is joined by Crowder and Micah Tyler on their “Imagine Nation” tour.

Academy of Community Theatre will bring its own flavor to Charles Dickens’ classic tale of miserly Scrooge and the ghosts who descend upon him one fateful Christmas Eve. "A Christmas Carol" opens at 6 p.m. Thursday at Ent Center for the Arts with four total shows planned through Saturday.