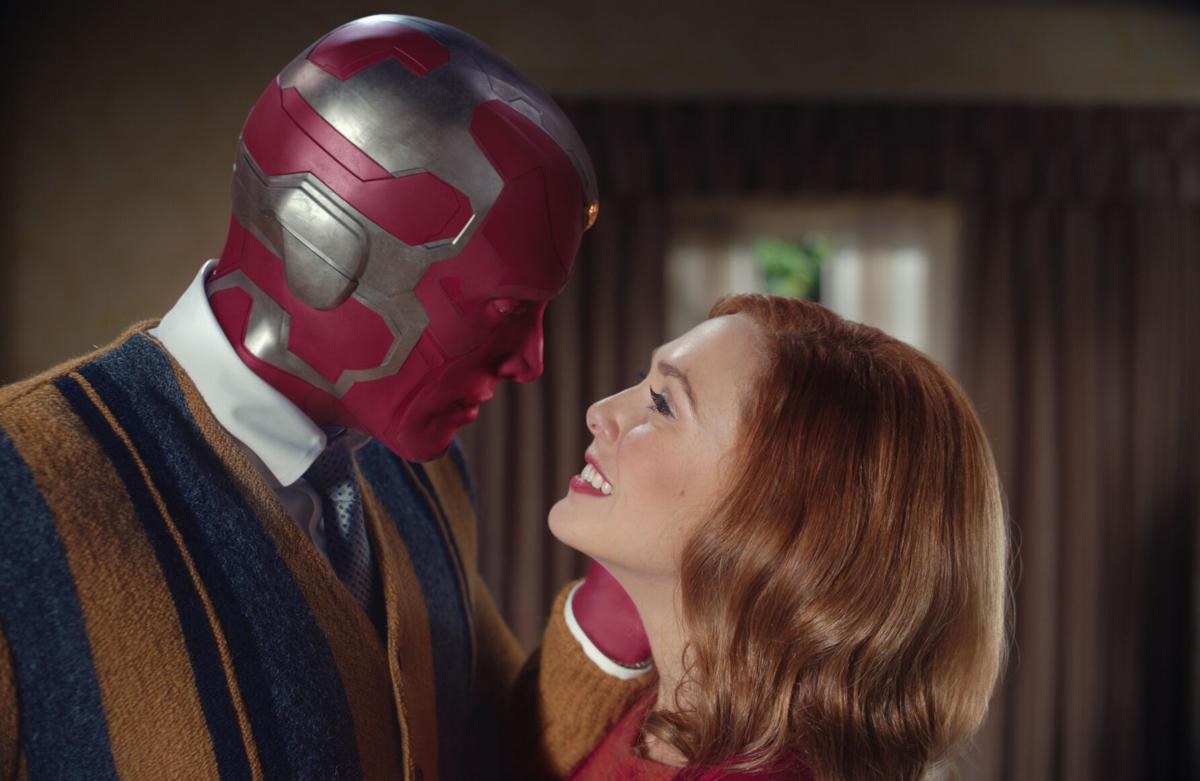 Airs: The series premieres on Disney+ on Friday.

The premise: Wanda Maximoff (Elizabeth Olsen) and Vision (Paul Bettany) are two super-powered beings living idealized suburban lives in a comedic drama that blends classic television genres with the Marvel Cinematic Universe. The events in the series take place after Thanos has been defeated in“Avengers: Endgame.”

Highs:Westview is a peaceful town and it’s the new home for the MCU’s favorite witch and synthezoid couple. They’ve just gotten married and its the perfect town to live a calm, peaceful life. There’s no battles and no Avengers, just domestic bliss and the occasionally odd scenario that involves impressing a boss, performing a magic act during a talent show and dealing with Agnes (Kathryn Hahn), the witty but slightly intrusive next-door neighbor. To be sure, Westview is unique.

“WandaVision” clearly isn’t your typical Marvel fare. A 30-minute mystery/sitcom filmed in front of a live studio audience is not exactly what fans are used to seeing from this franchise. The series is more of a mix of “Bewitched” and “My Favorite Martian” with a dash of “Pleasantville” than “Age of Ultron” or “Infinity War.” At least initially.

Each episode takes places in its own unique timeline and the attention to detail is incredible. The three episodes I watched had their own theme song, introduction and period specific sets and clothing. Even the dialogue was period appropriate, with characters in the 50s sounding straight out of “Leave it to Beaver” and characters in the 70s speaking like they were on “The Brady Bunch.”

Early in the season, watching “WandaVision” is like viewing a modernized version of an old sitcom. Even some of the same dated humor is used, which at times can make it feel a bit hokey but there’s a reason people love old episodes of their favorite TV series. There’s a familiarity with the plot devices and the jokes used in this program that provides a feeling of comfort, yet it’s also different enough to give “WandaVision” it’s own sense of style.

Bettany and Olsen are clearly having fun with the silliness of "WandaVision's" concept and they both bring something special to the screen. Olsen is clever and adorable and Bettany is brilliant, yet silly. They duo have great chemistry and are believable as a couple.

On the surface, “WandaVision” could easily pass for a retro sitcom parody but during every episode, Wanda and Vision get hints that their idyllic life isn’t quite right. Subtle, and not so subtle, clues are dropped periodically in each episode teasing at an outcome that will rip the carefully crafted town of Westview apart. With little MCU nuggets here and there, it’s a mystery that viewers will long to have unraveled.

Lows: “WandaVision” is a weird, yet entertaining show. It has dashes of several different genres which blend together surprisingly well. That said, this series certainly won’t be for everyone. The issue for Marvel lovers is that after more than a decade of Marvel films, fans have come to expect a certain kind of story with specific beats and patterns. It’s a proven formula that “WandaVision” takes a big step away from, which will may be off-putting for MCU aficionados.

If you’re patient, viewers will enjoy hints and several fun easter eggs guiding you down this series' likely path. Marvel fans who’ve read comics featuring Wanda also likely have some idea where this series is taking them but with nine episodes, will “WandaVision” get to the meat of its story quick enough so that the rotating sitcom theme doesn’t become too gimmicky? That’s hard to tell after only three episodes.

Grade: (B+): I’m a fan of any long-running franchise stepping out of its comfort zone to try something new and “WandaVision” does exactly that for Marvel. Quirky, humorous and with fascinating characters, I’m interested to see what kind of long, strange trip Wanda and Vision have planned.

In an interview from 2016, the "Cobra Kai" star was reluctant to revisit a character that made him a teen icon.