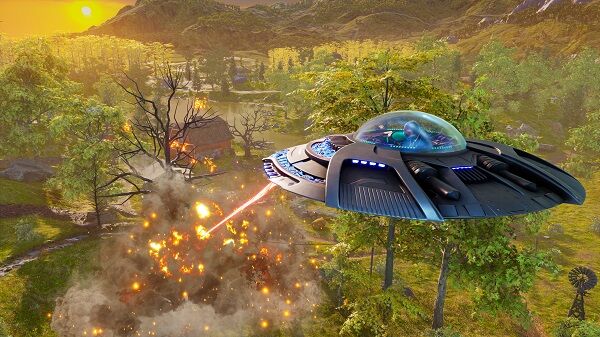 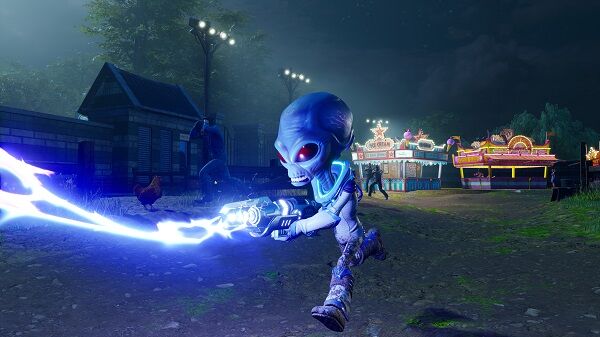 Take over the world

What is it? A modern version of the 2005 classic. Terrorize the people of 1950's Earth as evil alien Crypto-137. Harvest human DNA and bring down the US government in this remake of the alien invasion action adventure game.

Running around 1950’s America as Crypto is a blast. You’ll visit different fictional towns scanning cortexes, throwing around objects (cows are my favorite) with the power of psychokinesis and extract hundreds of brains. You’ll also disguise yourself as different humans to sneak around and when detected, vaporize any witnesses or erase their memories.

You’ll do this all in the name of the Furon Empire because you really have no choice. With your species running out of fresh DNA, you have to do what is necessary to stay alive. It’s a tough and dangerous job but you’ll have fun using your superior abilities and intellect on a planet full of puny brained humans. Based on the minds you read, and you’ll read a lot, Earth is full of idiots anyway. All they seem to think about is food, TV, politics and their secret desire for risqué relationships. Earth should be easy pickings.

When not taking on one of the game’s brief missions there’s plenty of other things to do. There are races to win, humans to abduct, structures to destroy and collectibles to find. “Destroy All Humans” will certainly keep you busy in its brightly colored sandbox.

The Bad: The game’s stealth missions are a bit clunky. “Destroy All Humans” controls feel like they’re from 2005 but they only really become cumbersome when you’re trying to sneak around. I had to restart at checkpoints frequently as I’d often fail a mission for being discovered for some indiscriminate reason.

“DAH” has the look of a kid friendly title but its target audience is really older adults. There were a number of pop culture references that will go straight over a younger player’s head. Milton Berle, Richard Nixon, Elvis and the titles of several sci-fi movies from the 50s were all mentioned and are part of the game’s humor. A gamer under 30 will have no idea what most NPC’s are talking about. Adding to the adult vibe is quite a bit of innuendo. I found it humorous but others might find it off-putting.

The Grade: Video games with cleverly infused humor are a rarity nowadays so playing through “Destroy All Humans” was refreshing. Silly, fun and at a reasonable price, I certainly enjoyed my battle for supremacy of the Earth.