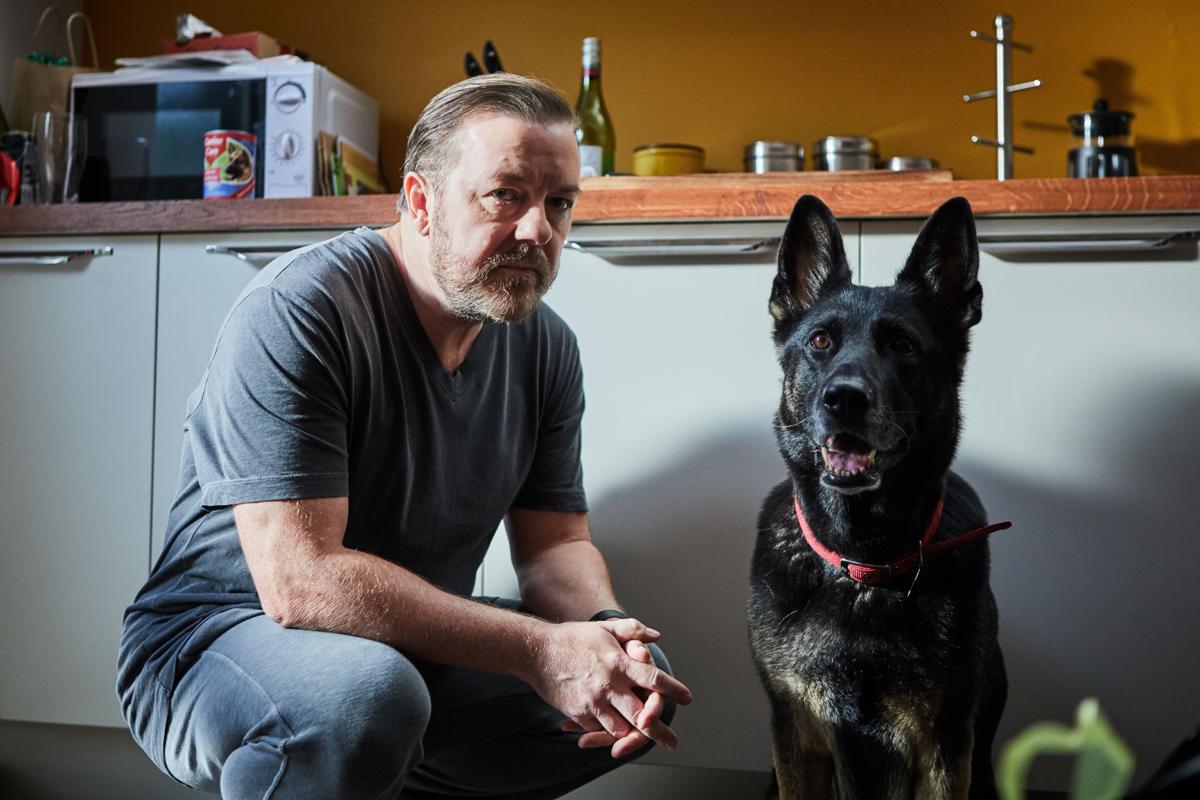 Ricky Gervais in "After Life." 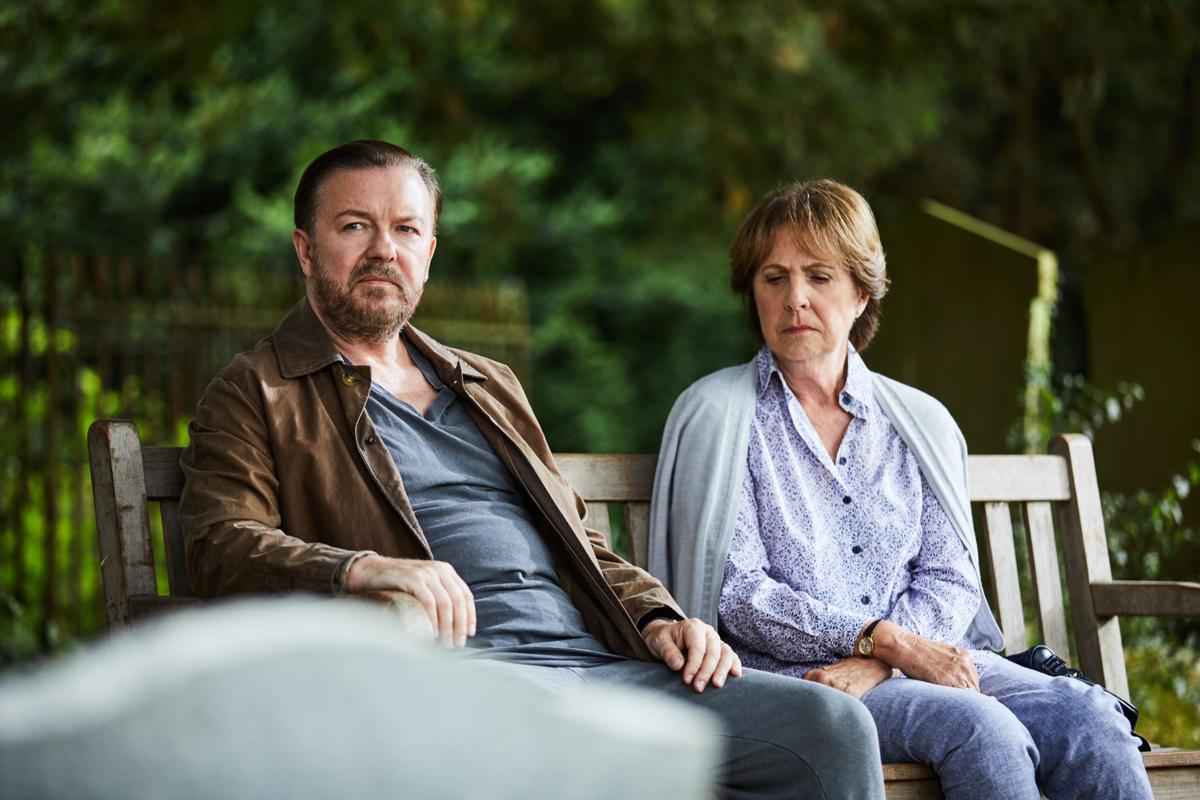 Ricky Gervais and Penelope Wilton in a scene from "After Life."

Ricky Gervais in "After Life."

Ricky Gervais and Penelope Wilton in a scene from "After Life."

The premise: Tony (Ricky Gervais) is a thoughtful person, but his personality shifts after the death of his wife, Lisa (Kerry Godliman). Depressed and heartbroken, he considers taking his own life but instead decides to punish everyone else by saying and doing whatever he wants. Not caring about himself or others is the only way Tony can deal with his pain, but he’s still a good person inside.

Highs: Ricky Gervais stars in a lot of productions that address death with humor. In “Ghost Town,” he plays a dentist who can see and talk to ghosts. In “The Invention of Lying,” he plays a screenwriter who creates the first lie, told to his mother to ease her suffering before she dies. These comedies tackle difficult topics, but not nearly as successfully as “After Life.”

When we first meet Tony, he’s watching a video made for him by his deceased wife. It’s full of encouragement, love and reminders of things she wants him to do — take care of the dog, take care of himself, keep their lovely house clean. Tony is doing none of those things.

Wallowing in grief, he drinks heavily, leaves the house looking as if a tornado hit and constantly forgets to buy dog food. With a sink full of dirty dishes and an empty fridge, Tony decides to dine on cereal, putting it in the only clean glass he can find and adding water from the sink.

Tony doesn’t just treat himself poorly. His kind, simple-minded co-workers at the small-town Tambury Gazette are the target of his mean-spirited teasing. In his eyes, the staff is either fat, boring or too nice. He’s in too much pain to understand that they’re reaching out to him.

This doesn’t mean “After Life” is one long roast. The humor is punctuated by moments of sorrow. We see Tony spend time with his father (David Bradley), who has Alzheimer’s. Here he begins to understand the importance of caring for others thanks to the endless patience of his father’s caregiver (Ashley Jensen).

Tony also befriends a widow (Penelope Wilton), whose husband is buried near his wife’s grave. They bond over their losses, and he gradually learns from her how wrong it is to have a self-centered perspective.

Throughout the six-episode season, we see Tony slowly cope with his pain. The process is done so organically that it feels authentic. But what makes this series truly memorable is how brilliantly Ricky Gervais injects humor into such complex subject matter.

Touching, poignant and humorous, this is some of the comedian’s best work yet.

Lows: Whether you follow him on Twitter, watch his stand-up specials or view his on-camera work, Ricky Gervais is always unapologetically himself. This means his views, notably on religion, make their way into “After Life.” If he’s not your cup of tea in other formats, this series probably won’t be for you.

Grade (A): In the final episode, a sweet exchange between Gervais and Penelope Wilton brought tears to my eyes. Five minutes later, I was laughing. The balance between serious content and comedy is difficult to master, but “After Life” blends the two wonderfully.

TV Review - Kate Beckinsale fights for love in 'The Widow'

Kate Beckinsale is the latest film star to take on a TV series in, "The Widow."