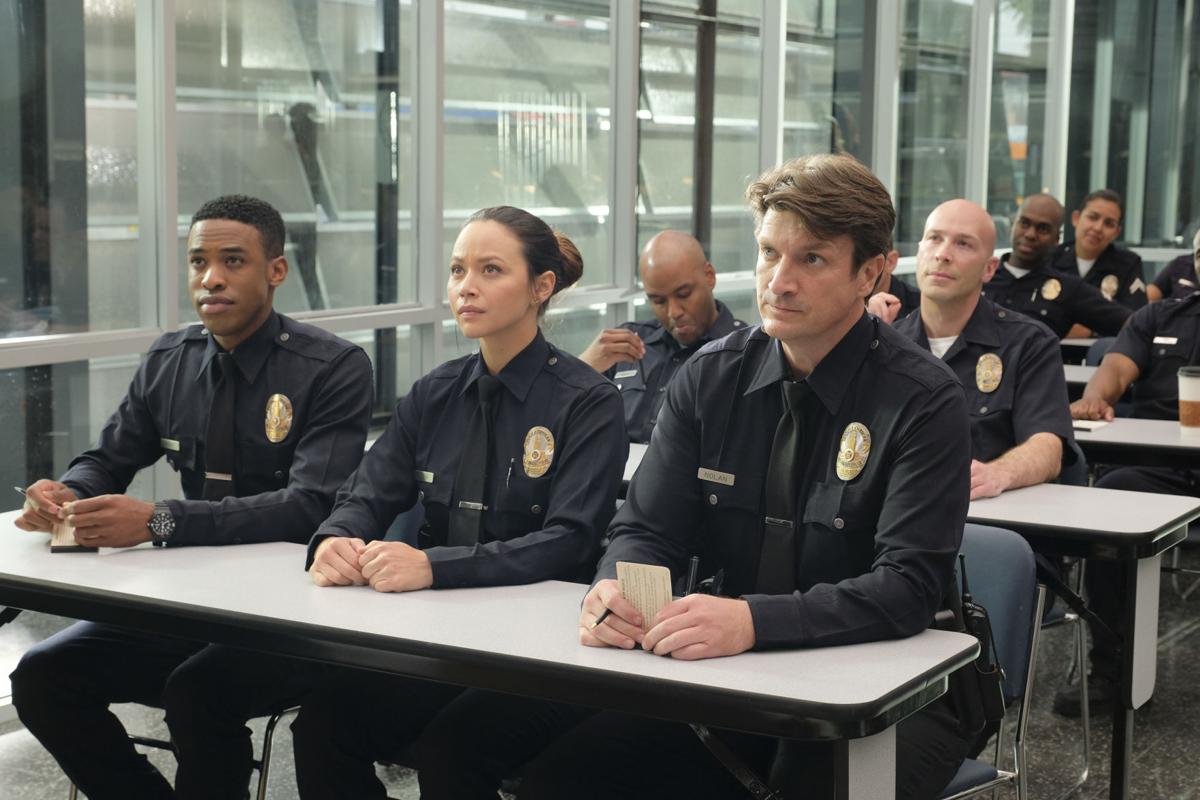 Nathan Fillion, right front, in the pilot show of “The Rookie.” 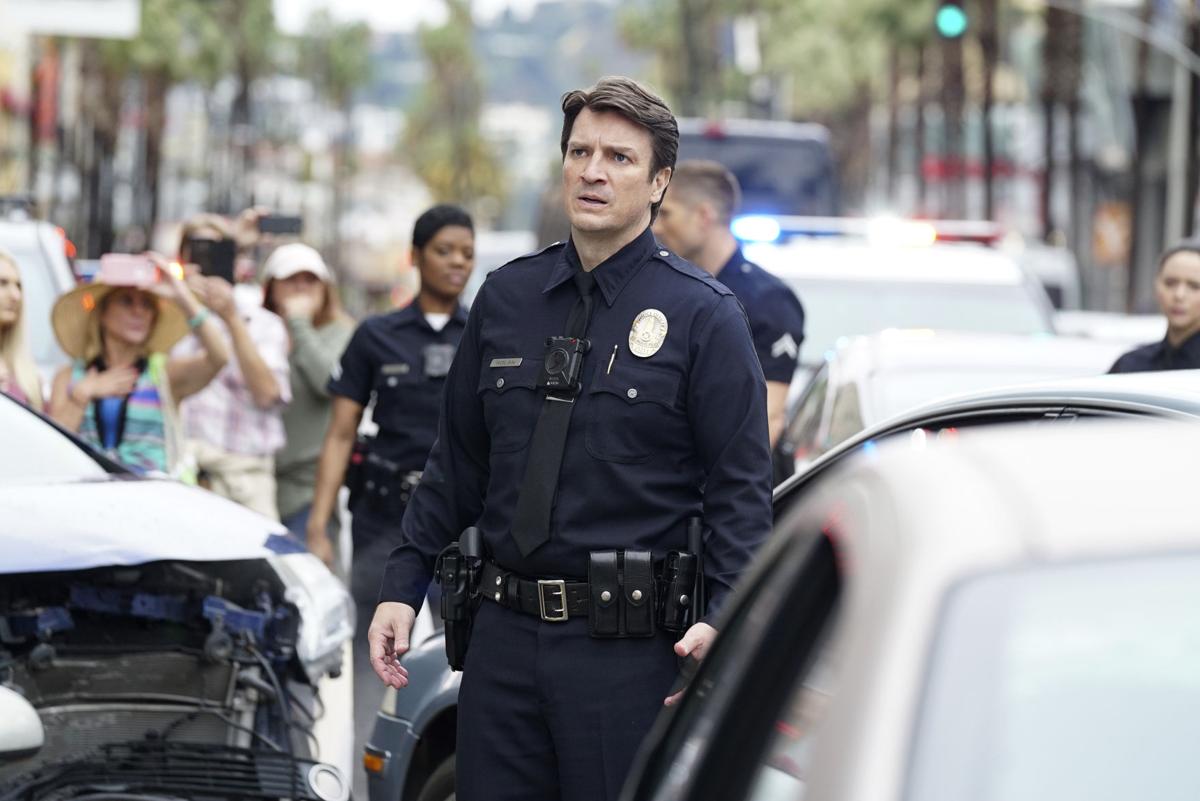 Nathan Fillion, right front, in the pilot show of “The Rookie.”

Airs: The series premieres on ABC on Tuesday, October 16

The premise: An average Joe from a small town, John Nolan (Nathan Fillion), is in desperate need of a fresh start. Recently divorced at 40, he has a random, life-changing event that leads him to pursue a career as a Los Angeles police officer. As the department’s oldest rookie, Nolan is met with skepticism from some who see him as a walking midlife crisis.

Highs: How much of a draw is Nathan Fillion? “The Rookie” was ordered straight to series before a pilot was even filmed, which doesn’t happen very often. That level of commitment to Fillion is well-deserved, as the charismatic Canadian actor has a huge fan base that’s sure to draw a significant audience. Fillion fans get exactly what they want in “The Rookie,” as his character fits him like a well-worn suit.

The lead character plays to Fillion’s strengths. John Nolan is a likable everyman. He’s chivalrous, a bit rough around the edges and uses subtle humor with impeccable timing. Nolan is the kind of person who fascinates women and with whom men want to have a beer. Basically, he’s Nathan Fillion.

Viewers unfamiliar with the actor won’t be immune to his charms either. Fillion’s appeal is universal.

“The Rookie” also features a number of layered secondary characters. The cast is divided into rookies and veterans. Officer Bradford (Eric Winter) is a habitually grumpy vet who gives no quarter. Yet we see a softer side of him when viewers learn his wife is a drug addict. Sgt. Grey (Richard T. Jones) views Nolan as a liability due to his age, so he constantly berates him. Grey doesn’t care about anything but the safety of his people and sees Nolan as a weak link.

The other rookies also shine. Jackson West (Titus Makin) is the son of a well-known police officer. He’s been training since he was a kid. Yet he crumbles when bullets start to fly. Lucy Chen (Melissa O’Neil) is an all-around stellar officer. But her romantic involvement with Nolan could prove problematic.

Throw in a tough but firm captain (Mercedes Mason) and two driven training officers (Alyssa Diaz and Afton Williamson), and you have a diverse and well-rounded police station filled with complex characters.

Lows: In the pilot, we don’t learn much about John Nolan. The premiere episode begins in Pennsylvania, where we hear Nolan talk about his divorce and a son who’s left for college. Next thing you know, he’s a newbie Los Angeles police officer. That’s a lot of unfilled blanks.

Adding another element of unbelievability is the show’s overly stylized nature. The police building is immaculate and high tech. As for the cast, it could have a runway contest with the gang from Fox’s “9-1-1” and do pretty well. This is the most attractive group of police officers ever assembled. These issues, while minor, take some of the realism out of the program.

Grade: (A): It’s hard to find a more likable actor on television than Nathan Fillion. The former star of “Firefly” and “Castle” has charisma to spare. In this series, you’ll see him struggle more than his characters usually do, which makes sense considering John Nolan’s situation. But that just makes Fillion even more relatable. Full of action, interesting characters, and a little bit of romance, “The Rookie” is a sure-fire hit.

Gazette TV critic Terry Terrones is a member of the Television Critics Association and the Broadcast Television Journalists Association. You can follow him on Twitter at @terry terrones.

The new "Magnum PI" fails in every aspect.