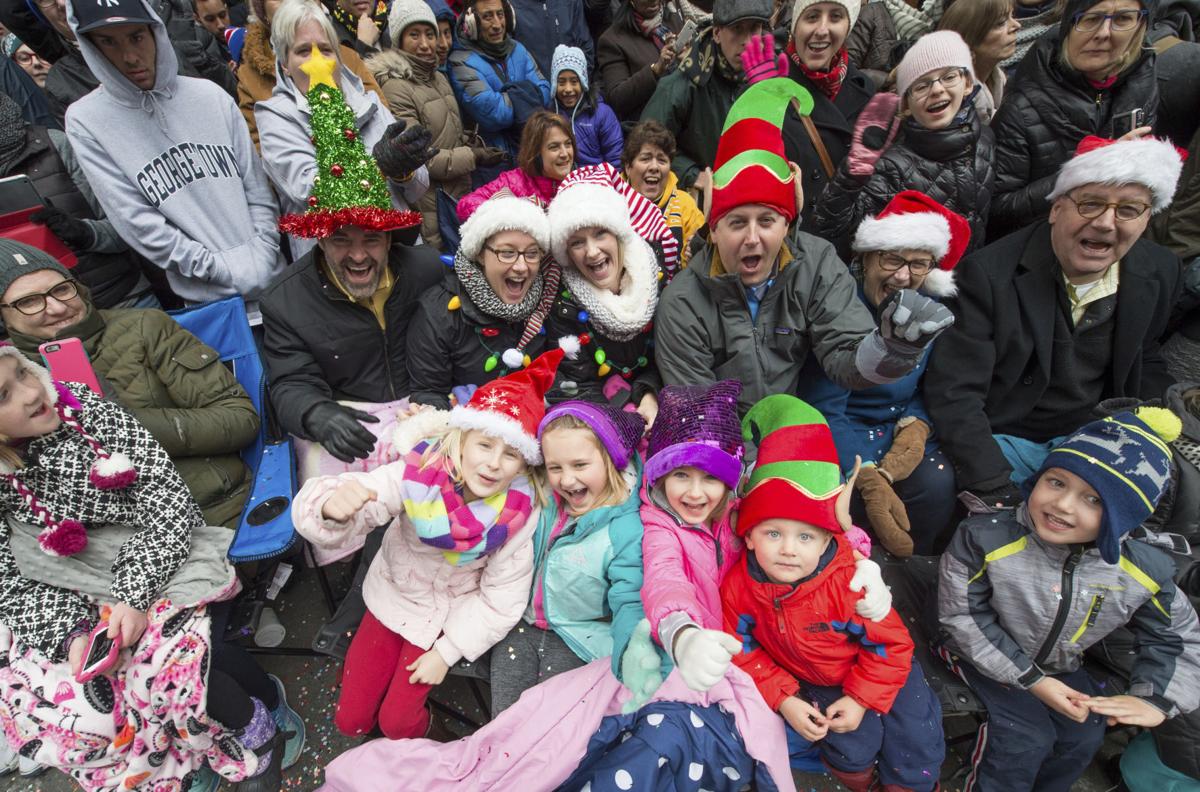 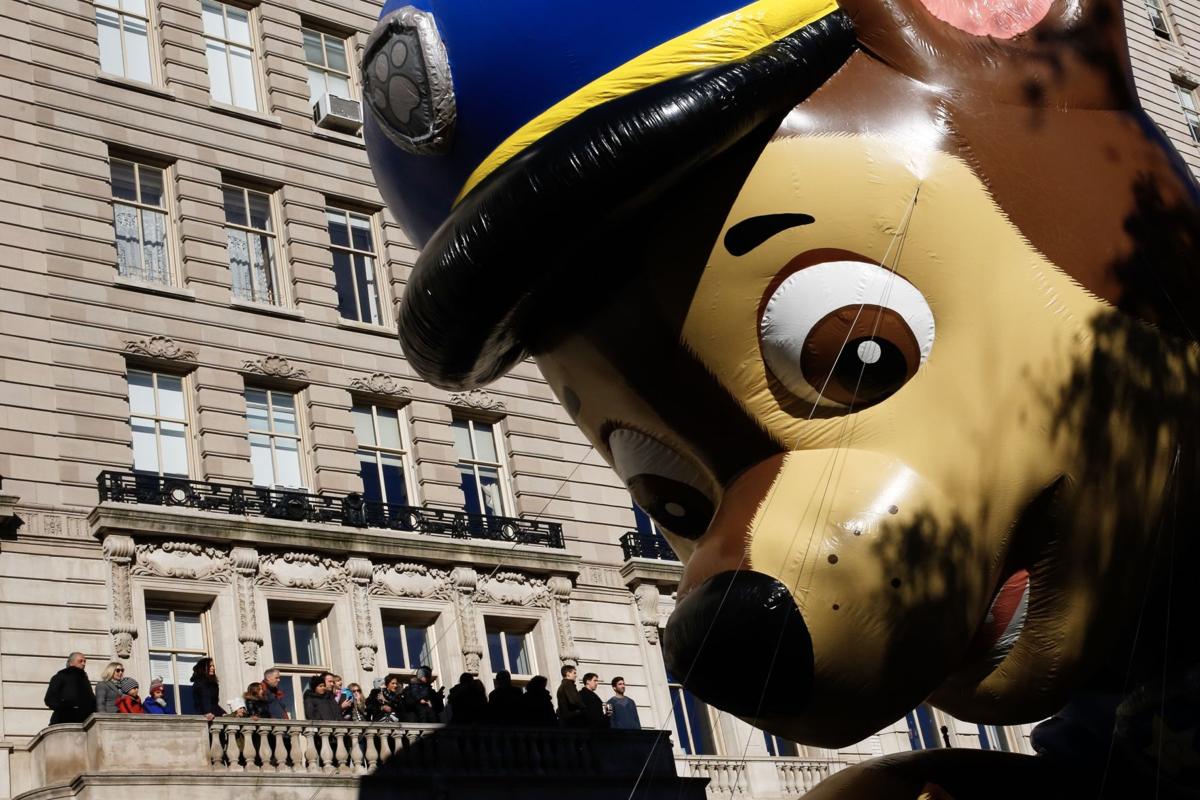 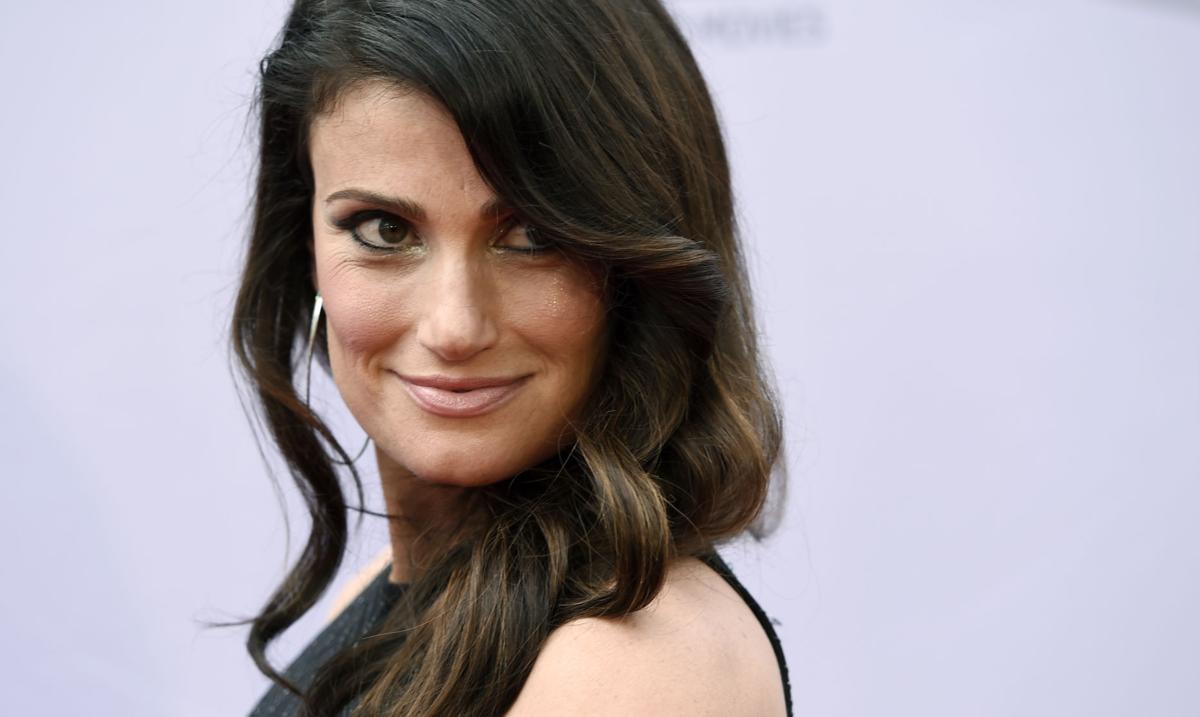 Tony Award-winning Idina Menzel will be part of the Macy’s Thanksgiving Day Parade on Thursday along with Celine Dion, Lea Michele and more.

Tony Award-winning Idina Menzel will be part of the Macy’s Thanksgiving Day Parade on Thursday along with Celine Dion, Lea Michele and more.

Long before the Thanksgiving gluttony sinks even the most steel-plated of bellies, there’s a much more fulfilling tradition for some of us. No, not the sporting events where grown men concuss themselves. I’m talking about the Macy’s Thanksgiving Day Parade. Gobble, gobble.

I don’t watch for the enormous balloons and bedazzled floats. They are but a speck of sleep in the corner of my morning eyeball. And the marching band performances only serve to transport me back to a time when I was forced to don a Nutcracker-like uniform so I could play a wind instrument.

But mostly I come for the Broadway musical numbers. Bring on the jazz hands, dance moves and belting voices on a chilly morning in the Big Apple, and you’ll have a happy holiday-er on your hands.

As the four-story “Green Eggs and Ham” float bobs down Central Park West, I’ll be half-listening from the kitchen, where a flurry of slicing, drizzling and roasting is taking place. As the resident black sheep of my family, er, vegetarian, I am the bringer of all things vegetable to holiday meals. It goes without saying that often my exquisite cauliflower, carrot, broccoli, Brussels sprout extravaganza comes back home with me.

But when I hear “Today” show hosts Savannah Guthrie, Hoda Kotb and Al Roker announce the Broadway acts, I’ll drop everything and watch. This year’s lineup sounds more succulent than any turkey you’ve got baking in the oven:

• “Tina: The Tina Turner Musical”: I used to drag the tape recorder into the bathroom, place it on the edge of the tub and belt out “What’s Love Got to Do With It” while I showered. Sorry, mom and dad. But that apology doesn’t extend to my brother, who played C+C Music Factory’s “Gonna Make You Sweat (Everybody Dance Now)” 5 trillion times while he showered. (Copycat.) I wanted to smash that recorder with my bare fists, I loathed that song so much. Anyway. The Turner musical is fresh off its Nov. 7 Broadway opening and traces The Queen of Rock ‘N’ Roll’s path from her childhood in Nutbush, Tenn., to superstardom.

• “Hadestown”: Squee! I’ve been listening to this gorgeous soundtrack after it took home Tony Awards this year for musical and original score. This is for anyone who’s captivated by Greek mythology, as singer-songwriter Anaïs Mitchell’s tale intertwines the famous myths of Orpheus and Eurydice and King Hades and his wife, Persephone.

• “Beetlejuice”: I’ve never seen the 1988 Tim Burton film, but that didn’t stop me from falling in love with its zany Broadway musical counterpart during this summer’s Tony Awards. The cast performed a medley of songs from the show, starting with a harmony-filled rendition of the old favorite “Day-O (The Banana Boat Song).”

• “Ain’t Too Proud — The Life and Times of the Temptations”: “My Girl,” “Just My Imagination,” “Papa Was a Rolling Stone.” Who doesn’t know and love these songs? The musical opened in March and takes the audience through the history of The Temptations.

Colorado's Christmas season gets cracking with these light displays

• Idina Menzel: When the Tony Award-winning powerhouse comes cruising by on the “Deck the Halls from Balsam Hill” float, you might wonder, “Idina who?” Don’t worry, you’re in good company. John Travolta famously butchered Menzel’s name at the 2015 Oscars, calling her “Adele Dazeem.” But let me say this to you: “Let it Go.” Ring any bells? Menzel is the voice behind Elsa in the 2013 animated film “Frozen.” She brought the Grammy and Academy Award-winning song to life and spawned incessant karaoke versions.

I’m going to hazard a guess some parents might have started to feel about that song the way I did about C+C Music Factory.

Top Thanksgiving events in Colorado Springs and beyond

Thanksgiving food drives, cooking classes and more in and around Colorado Springs