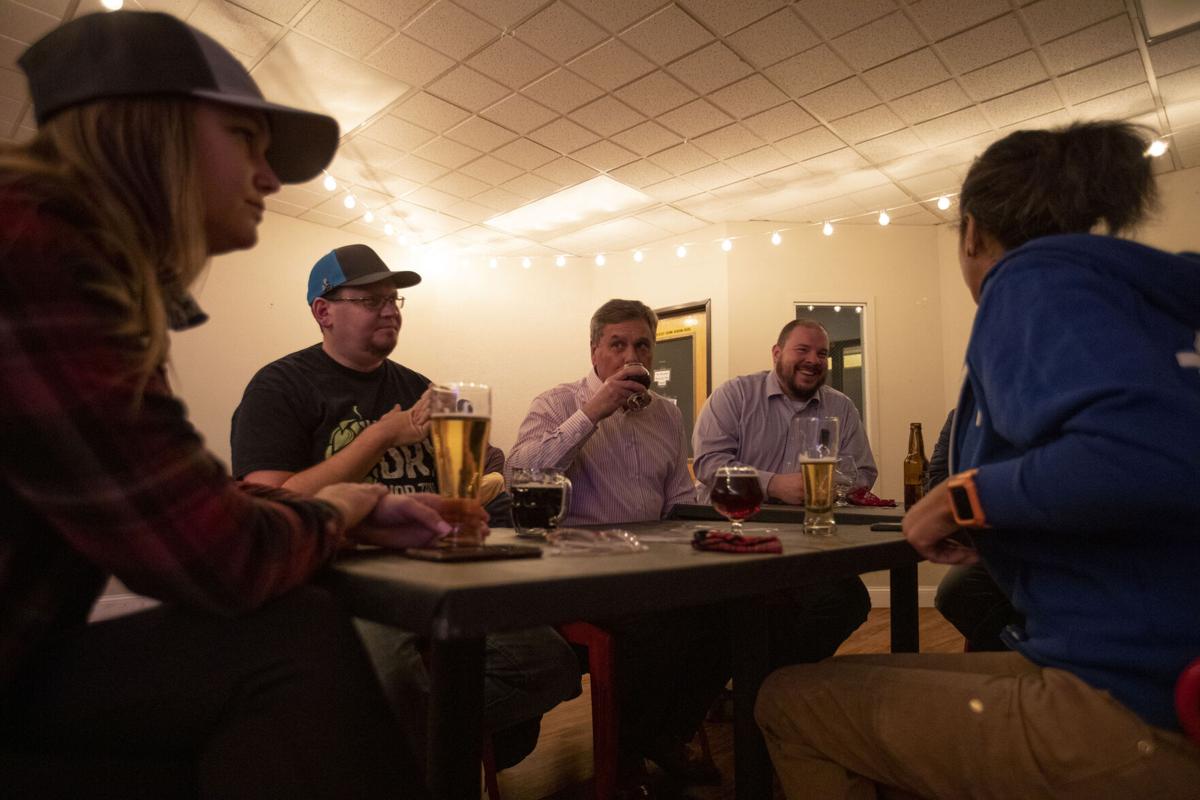 Gary Gagnon, center, takes a sip of his beer last month after cheers with fellow homebrewers during a Brew Brothers of Pikes Peak club meetup at Red Leg Brewing Company in Colorado Springs 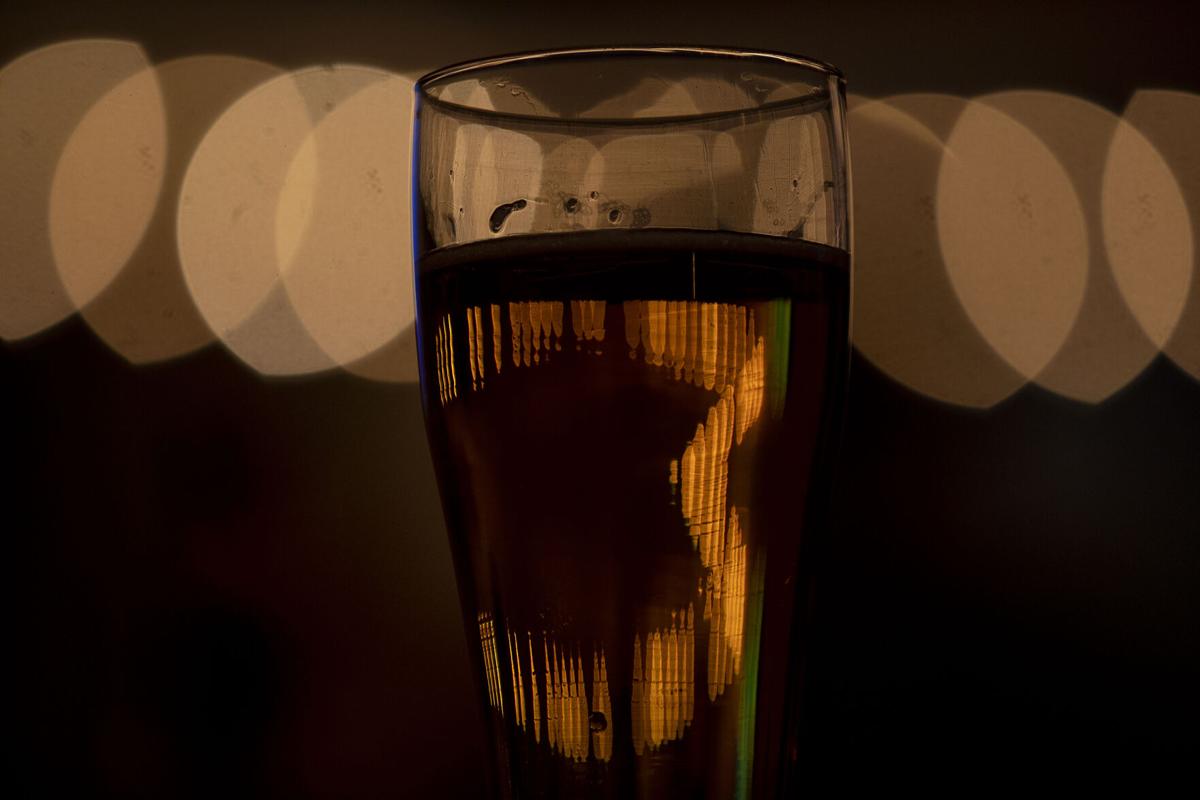 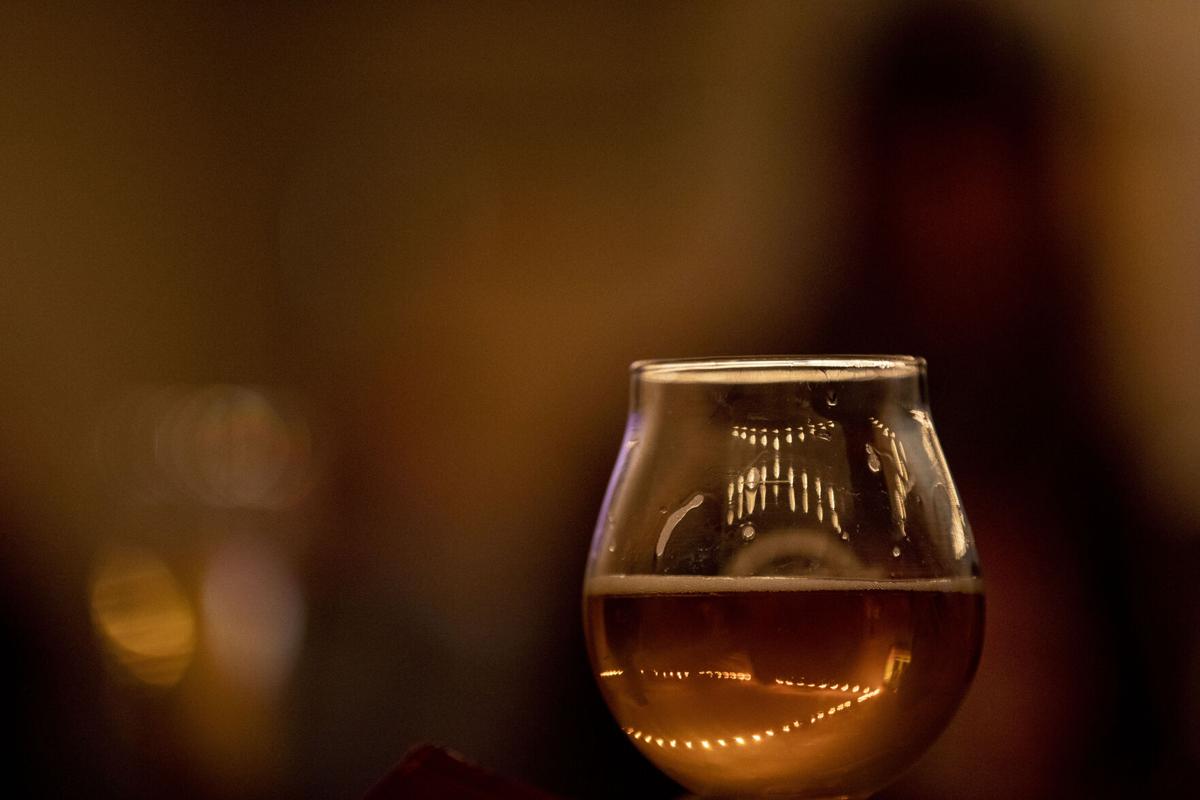 Gary Gagnon, center, takes a sip of his beer last month after cheers with fellow homebrewers during a Brew Brothers of Pikes Peak club meetup at Red Leg Brewing Company in Colorado Springs

This time last year, a certain subset of Front Range beer fans was fondly rehashing, and perhaps still recovering from, a Saturday of fun at Bristol Brewing Co.’s sold-out Firkin Rendezvous, the annual showcase of specialty cask-conditioned one-offs — a "brew fest for brewers" — and fundraiser for the Colorado Brewers Guild.

Little did revelers know it would likely be their final festival firkin, or festival of any kind, for at least the foreseeable future.

Having a beer with friends — much less with friends and hundreds of strangers — was about to get a lot more complicated, a story of caution, calculated risk and, for some, unexpected longing.

“Firkin fest was the last fest we all went to before everything shut down. And to be honest, from a beer journalist standpoint I was getting a little burned out on beer festivals,” said homebrewer and Focus on the Beer contributor and podcast co-host Josh Howard. “Now I’d give my left arm to go to a beer festival and be around other people. I miss community, for sure.”

Making beer at home is often a solitary activity. Drinking it, not so much. That’s kind of the point.

And while video conclaves are great for virtual happy hours, hellos and even beer judging and awards at the 2020 Great American Beer Festival in Denver, they’re starting to feel more and more like what they are: a stop-gap, said Howard, a member of the Brew Brothers of Pikes Peak homebrew club in Colorado Springs.

“At some point you get burned out,” Howard said. “Just staring at Zoom all day for work, then doing it for a homebrew club again in the evening, just wasn’t doing it for people. The camaraderie just wasn’t there.”

Though Brew Brothers’ officers still meet occasionally, and (restrictions allowing) a small group of members gets together at a local brewery each Friday, official club operations were suspended and annual dues waived or extended during the pandemic, until at least June.

“We might still try to pull off Big Brew Day in May, just doing it outside and socially distanced. We’ll see what the landscape looks like at that point,” he said. “We would like to do something if we can, but with the perspective that there is still risk out there.”

Such perspective is universal, but in Year Two of the pandemic how it’s playing out depends on where you look, and when.

Firkin Rendezvous 2021 was cancelled, but evolved into Firkin February, with brewers tapping special fundraising beers and offering them to patrons at their individual locations.

Organizers of the Feast of St. Arnold, traditionally the area’s first big warm-weather beer fest in June, said to expect a postponement until July or early August, with more updates coming soon.

The MeadowGrass music festival, and its one-night beer fest, however, are officially on for the Memorial Day weekend, thanks to the outdoor venue and wealth of elbow room at La Foret Conference and Retreat Center in Black Forest.

“Yes, it is a beer festival, in the sense that it’s a designated time, 3 to 5 p.m. on May 30th, and they’re Colorado Beers. But like so many things it’s not going to look the traditional way,” said Nicole Nicoletta, executive director of the Rocky Mountain Highway Music Collaborative, the nonprofit that puts on the annual three-day event.

Instead of a free-range experience inside the gates, attendees will be based in 10-foot by 10-foot “pods,” marked on the grass. Each pod can hold up to five people. Instead of a 21-and-over “corral” situated close to the stages, with brewery tents aligned in tight rows, drinkers will get their samples from pop-ups spread through the meadow.

“We’ve taken some measures to create an even larger space for the audience in the meadow, which is huge anyway, so that we can have these breweries popping up,” Nicoletta said. “That way people are enjoying the beer and it’s not just this mass gathering, with everybody following one after another through this maze of breweries.”

So far, six breweries have signed up to pour at the mini-fest, organized in partnership with Monument’s Pikes Peak Brewing Co.

“We’re starting to get feedback from breweries that they’re willing to do some festivals and do some tastings. It’s a little slower than it has been in the past, but I’m confident it will be up to 10 to 12,” Nicoletta said. MeadowGrass 2020 was cancelled, but in 2019 the beer fest featured about “15 or 16” breweries.

Ticket sales aren’t where they would be in a “normal season,” but Nicoletta said they’re starting to pick up and organizers are crossing their fingers and planning for a “normal event,” thanks in large part to the ability to expand the venue’s footprint.

While such a bubble model may save beer fests, it probably won't save them all. Springs beer fan and fest organizer Randy Dipner is OK with that.

“This may have been the break that was needed to sort of put a stake in the heart of beer festivals, generally, but then again it may have also been the break that was needed to kind of weed some out so we don’t have quite so many festivals, like two every weekend in the summer,” said Dipner, a board member of the nonprofit All Colorado Beer Festival. “I believe that the age of the huge beer festival had begun to wind down anyway. It just had. That’s why we stopped doing it.”

After 12 years and raising more than $500,000 for local charities, the city's largest beer festival called it a wrap in 2018. The ACBF continues to operate as a nonprofit foundation.

“Something changed. For one, there was a lot more festivals, and there was about the same number of people going to them, so they spread themselves out," said Dipner. "And if it's just about drinking beer, I can do that in my home. For me to want to go to a beer festival, it would have to be about something more than just beer."

That doesn't mean there's no place for beer fests, in a pre-pandemic-type world or one of new normals and ideas of what makes a crowd. Before the pandemic, Dipner said ACBF had been been in talks with Oscar Blues about a handful of new, smaller, music-oriented beer fests at the brewery’s Springs location on Tejon St., and even a local version of Burning Can. He's hopeful those talks will start up again, eventually.

"Maybe that controlled model, of groups of people sitting at tables, or in their 'bubbles,' with another group of people six or eight feet away, where you can still kind of socialize if you yell and kind of get that feeling of community ... maybe that will end up being the new model even after the pandemic," Dipner said. "And there's always a new crop of people turning 21 and excited to go to a festival, who aren't burned out. Maybe when things get back to normal, we'll see festivals happening again, and maybe they will be bigger and better. I just don’t know."

The 21st Annual MeadowGrass Music Festival runs Fri. May 28 through Sun. May 30, at La Foret Conference and Retreat Center, 6145 Shoup Road in Colorado Springs. There's no extra charge for attendees 21 and up to partake in the beer festival Sunday afternoon. For more information about the fest, scheduled acts, and a link to tickets, visit rockymountainhighway.org

This Bud is not for you, Super Bowl LV | Pikes Pub

The expiration date on a bottle of beer or a tub of Nutella has more relevance in my world than the date of the Super Bowl, and by that I mean…

Figure Skating in Harlem finds ways to deal with pandemic

Wolff: Russell has lots to learn after crash with Bottas